Mon0Zer0 said:
Basically, the series was developed in conjunction with a famous monthly magazine. You'll know the magazine from two well known compendium movies in the eighties and noughties, the artwork of which is iconic and was parodied in South Park. Enough hints?

The CEO of the magazine at the time was a film producer who was trying to use the years of ip it had accumulated to produce a black mirroresque animated show - it would feature stories by Moebius, Druillet etc plus some impressive shorts made by budding animation directors that had been flying round as sizzle reels. The latter made it into the final show. So, the producer put the whole package together, got Fincher onboard and started pre-production.

Netflix and Tim Miller then, apparently, simply approached the directors themselves behind the magazines back and packaged the show very cheaply and put it out as Love & Robots. CEO, as you can imagine, was spitting feathers.
Click to expand...

Gee, I didn't know about that. Has any legal action been took? If the rights were already reverted back to the authors, then there's nothing that the CEO can do, actually.

Gee, I didn't know about that. Has any legal action been took? If the rights were already reverted back to the authors, then there's nothing that the CEO can do, actually.
Click to expand...

They didn't use any of the mag's ip, so I don't think there was anything they could do - all the shorts in series one are originals. It's shady, but this kind of thing happens all the time.

Mon0Zer0 said:
They didn't use any of the mag's ip, so I don't think there was anything they could do - all the shorts in series one are originals. It's shady, but this kind of thing happens all the time.
Click to expand...

Are you saying they were commissioned pieces?

ctg said:
Are you saying they were commissioned pieces?
Click to expand...

I'm not sure about all of the episodes in the first series, but at least a few were shorts that animators had made (or showed around the industry as demo reels to get financing) prior to the show being commissioned. Others may have been retooled / voiced / re-animated after Netflix stumped up the cash - I'm not entirely sure of the order of events. I think they had a writer come in to edit / write / polish the bulk of the stories.

One can, at the moment, watch the "3 Robots" episode from Love Death and Robots season three on John Scalzi's blog.


Note: Don't read the comments before watching: there's at least one spoiler.

Loved it, but I almost posted the spoiler too!

I was ready to rant about how Scalzi depicted survivalists (I'm a beginner prepper myself), but I realized he roasted everybody in that story so I'll let it pass. I mean, he literally roasted all mankind Gosh, that ending!
Last edited: May 20, 2022 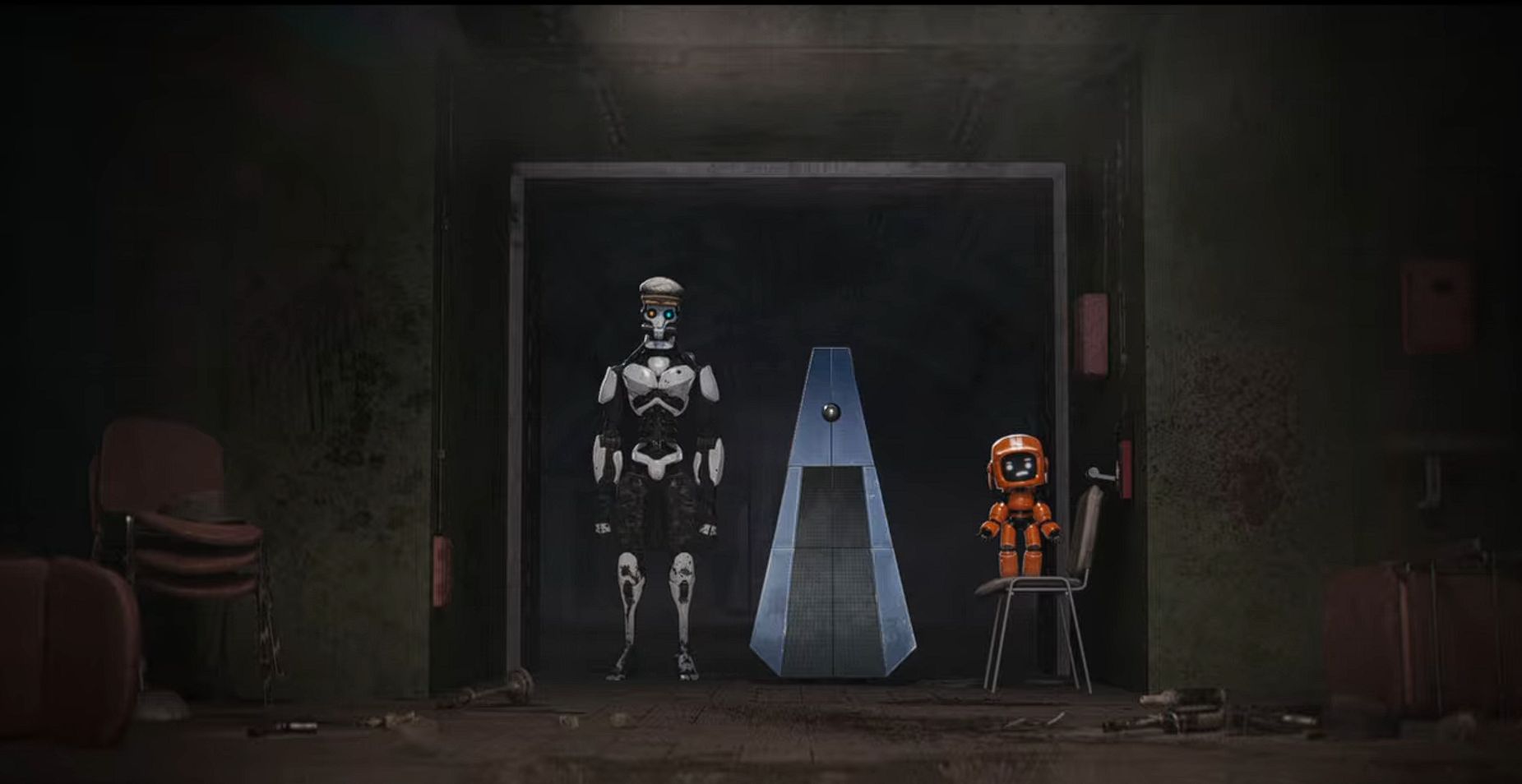 Three robots walk into the post-apocalypse... and take a whirlwind tour of humankind's last attemps to save itself.
Click to expand...

Modern CGI. Another super-funny entry from a grandmaster. It is the irony that tickles me the most in this short tale about analysing failings of the last days of long-lost human civilization and what remains after we are gone. It is not just a black comedy, but also a grim SF-tale, where the Three Robots could've as well been aliens. Wait for the ending. 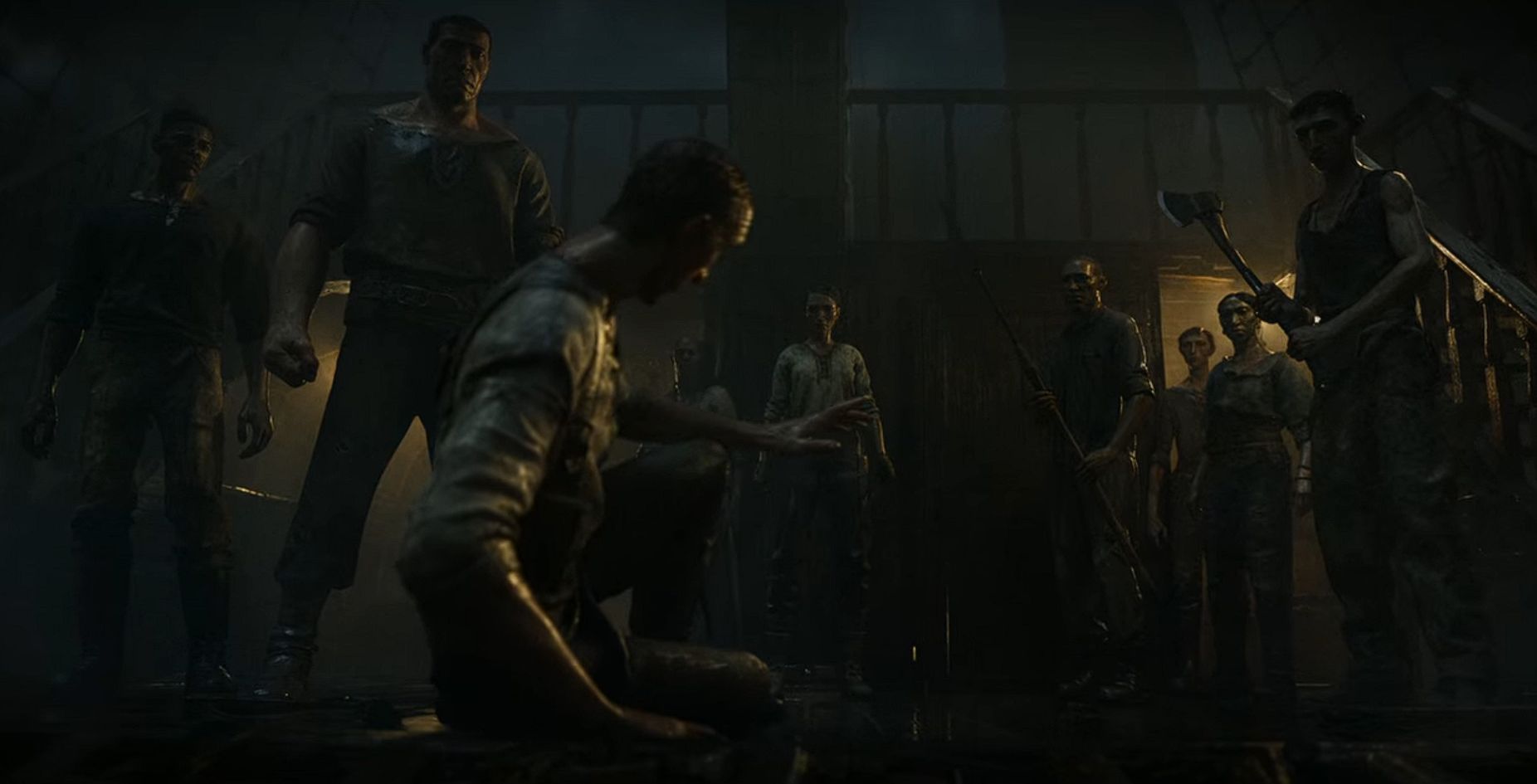 Release the Thanapod! A ship's crew mamber sailing an alien ocean strikes a deal with a ravenous monster of the deep.
Click to expand...

Hyper-realistic CGI. NSFW. A dark fantasy set in a stormy sea. It is slightly surprising that the tale is set in old times, with timber-creaking ships, in a time when nobody could come to your aid in emergency. Theirs, a bus-sized (not double decker) one deciding to hitch a ride, while nom-noming on the crew members. It is a wonderful horror story, straight out of Davy Jones locker.

"Let the consciousness be your guidance." 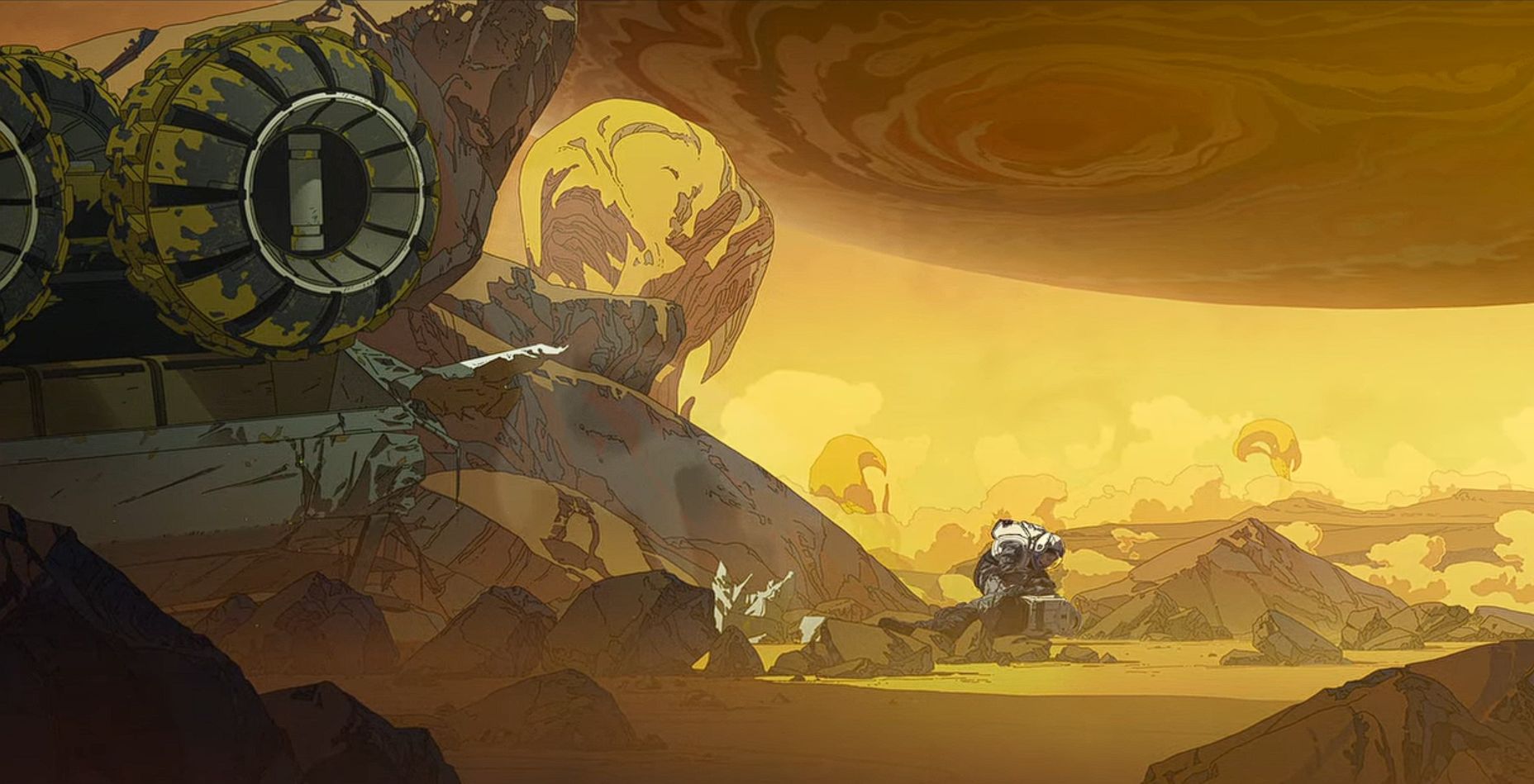 The Very Pulse of the Machine. Michael Swanwick.

When an exploratory mission to a Jovian moon ends in disaster, the lone survivor must being a perilous but a mind-bending journey.
Click to expand...

Old school cartoon with mixed CGI. NSFW. A dark SF-tale that reminded me of the Heavy Metal magazine stories straight from the beginning. It is equally compelling, and it shows an aspect of love and caring that is quite unique to the short stories. Wait for the twists that make this story equivalent to 2001 and Interstellar movies, in terms of what it does.

Where are the other two available to watch? Netflix tells me I have to wait until 27th May. (Same as Stranger Things season 4.)

Dave said:
Where are the other two available to watch? Netflix tells me I have to wait until 27th May. (Same as Stranger Things season 4.)
Click to expand...

But I checked just last night!!! I don't have time to watch them for a few days now. 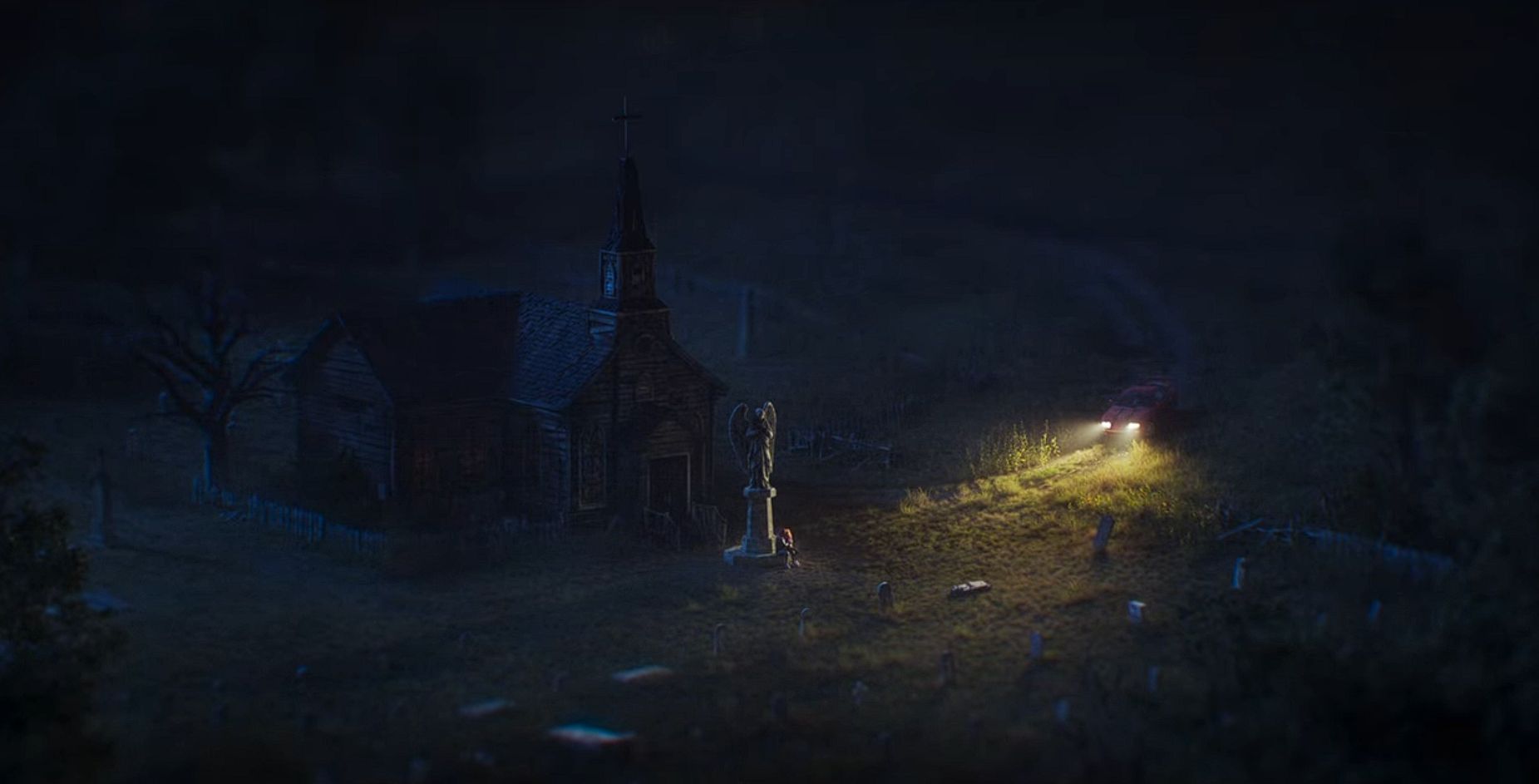 Night of the Mini Dead. Jeff Fowler and Tim Miller.

A bit of unholy cemetary sex ends badly, kicking off a worldwide zombie plague. It's the cutest apocalypse you'll ever see.
Click to expand...

I already watched it twice. Also, note it is a very short one. 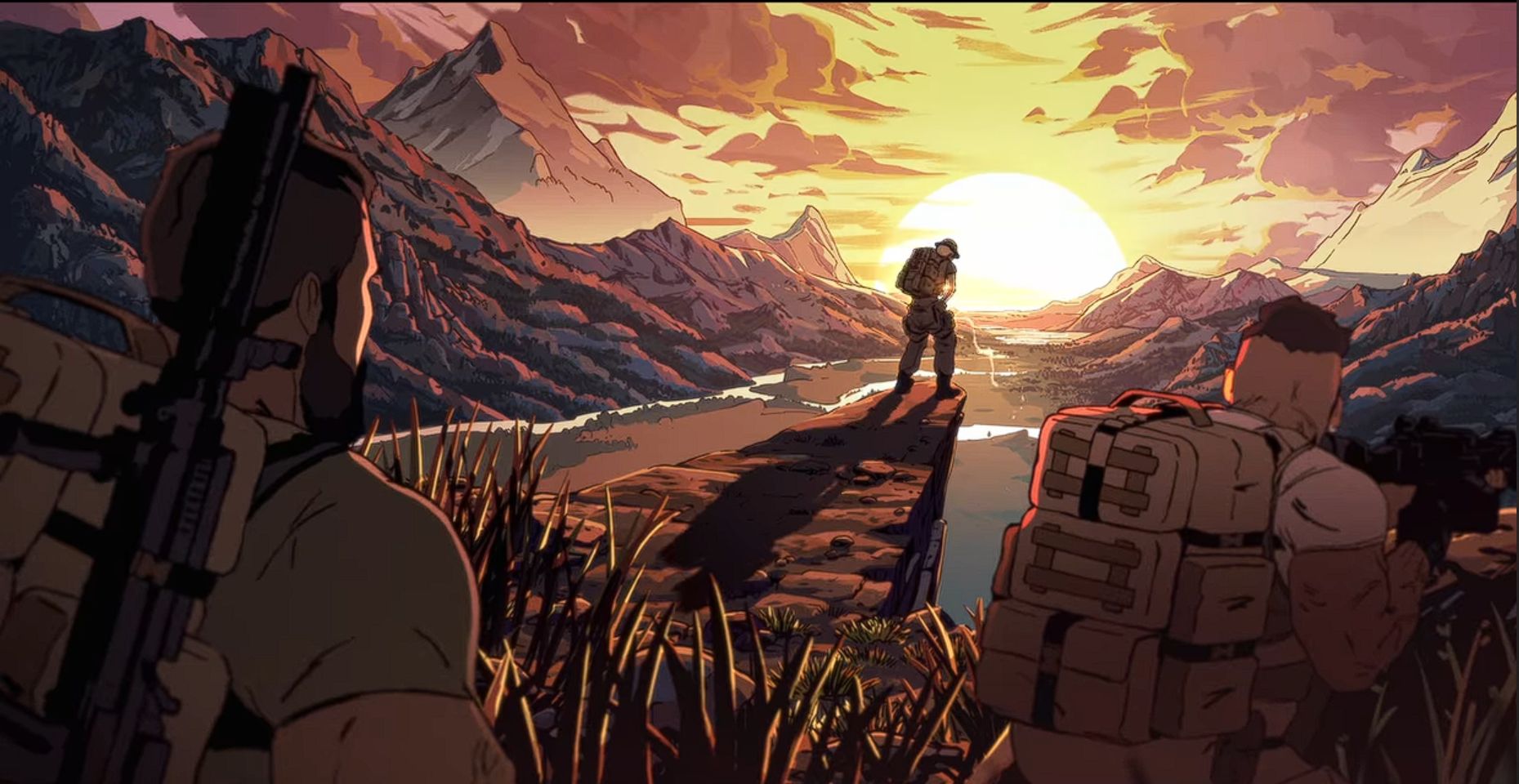 US Special Forces are trained to neutralise any threat - even a cybernetic killing machine, created by the CIA. Their secret weapon? A sense of humour.
Click to expand...

Old school cartoon. Military SF, with some very dark jokes and military humour. NSFW because of the language in the dialogue and the images. Wait for the bear, the explanations and the twist in the end. The best action music. 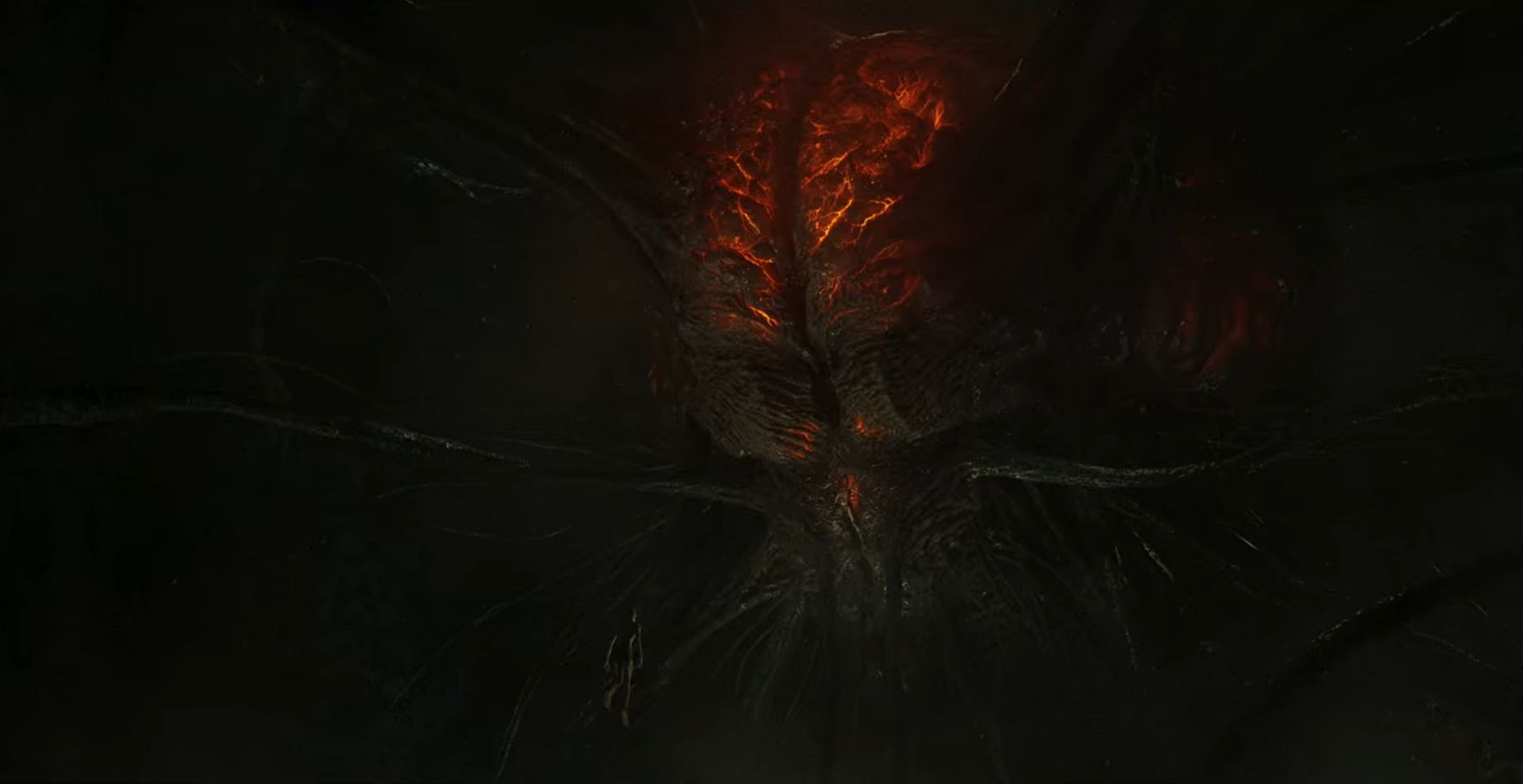 [Two human scientists study the secrets of an ancient alien entity - but soon learn the horrible price of survival in a hostile universe.
Click to expand...

Hyber-realistic CGI. Far future SF with the ultra-tech and space-opera. I recommend wearing headphones with this one. Also watch the story as in places it's very hard SF. The aliens itself are truly remarkable and a joy to watch. NSFW because of the sex scenes. Greed is strong in this one tale.

In vaulted halls entombed is one of my favorites of the entire show. It's a combination of military sci-fi and uncanny horror.

I really like the kind of story where armed-to-the-teeth soldiers get dominated by a much stronger force. It contrasts with the dumb teenagers in most horror movies (or, even when they’re not dumb teenagers, they’re probably untrained civilians), and that’s scary because you know if you were in that situation you too would be effed. Hey, if Delta Force is getting screwed, what could your lazy-ass do? Off the top of my head, I remember two similar movies: Baskin and Dog Soldiers.

The adaptation is inaccurate with guns, laughably so. The sergeant easily kills two guys from a distance with an assault rifle, and he throws a frag grenade just two meters away from him (uh, fragments? It’s a frag grenade for chrissakes!).

The ending puzzled me because it wouldn’t work in prose, so I went after the original story. It has been published in an anthology by Cohesion Press (those guys rejected me twice. Argh!) titled SNAFU:Survival of the Fittest. You can read it for free if you have Kindle Unlimited.

There are some minor changes like gender-bending (as they do in other episodes), and I found the prose much more accurate when it comes to guns and explosives (of course, it was published in a military sci-fi anthology). But the biggest difference is the ending. As I thought, it had to be different in prose. It’s better and much more haunting!
Last edited: May 20, 2022

I've only watched the first one so far. But yes. That's exactly who I was expecting.

farntfar said:
That's exactly who I was expecting.
Click to expand...

the cat or the person?

The person. (One or two similar characters were equally possible)

I don't see why he had to kill the other sailors before setting fire to the ship. I know the Therapods were very hungry, but they were already in sight of the island (maybe that is an error) so they could all have rowed ashore. Maybe he never liked them anyway, and this was just good excuse to get rid of them.

Hmm! Did anyone ever watch "Michael Bentine's Potty Time" in the 1970's? It was something that I felt I should like and wanted to like, but never did. I feel the same way about this.

I'm working my way through them.

Dave said:
I don't see why he had to kill the other sailors before setting fire to the ship. I know the Therapods were very hungry, but they were already in sight of the island (maybe that is an error) so they could all have rowed ashore. Maybe he never liked them anyway, and this was just good excuse to get rid of them.
Click to expand...

It seems that all of them never liked each other in the first place. It's a very bleak world, survival of the fittest. The other sailors were all keen to let a whole village be eaten just to survive a little more, and the protagonist had to keep feeding the creature until they got close to an uninhabited island.

Also, maybe there was only one boat, and that's not enough to carry them all at the same time. 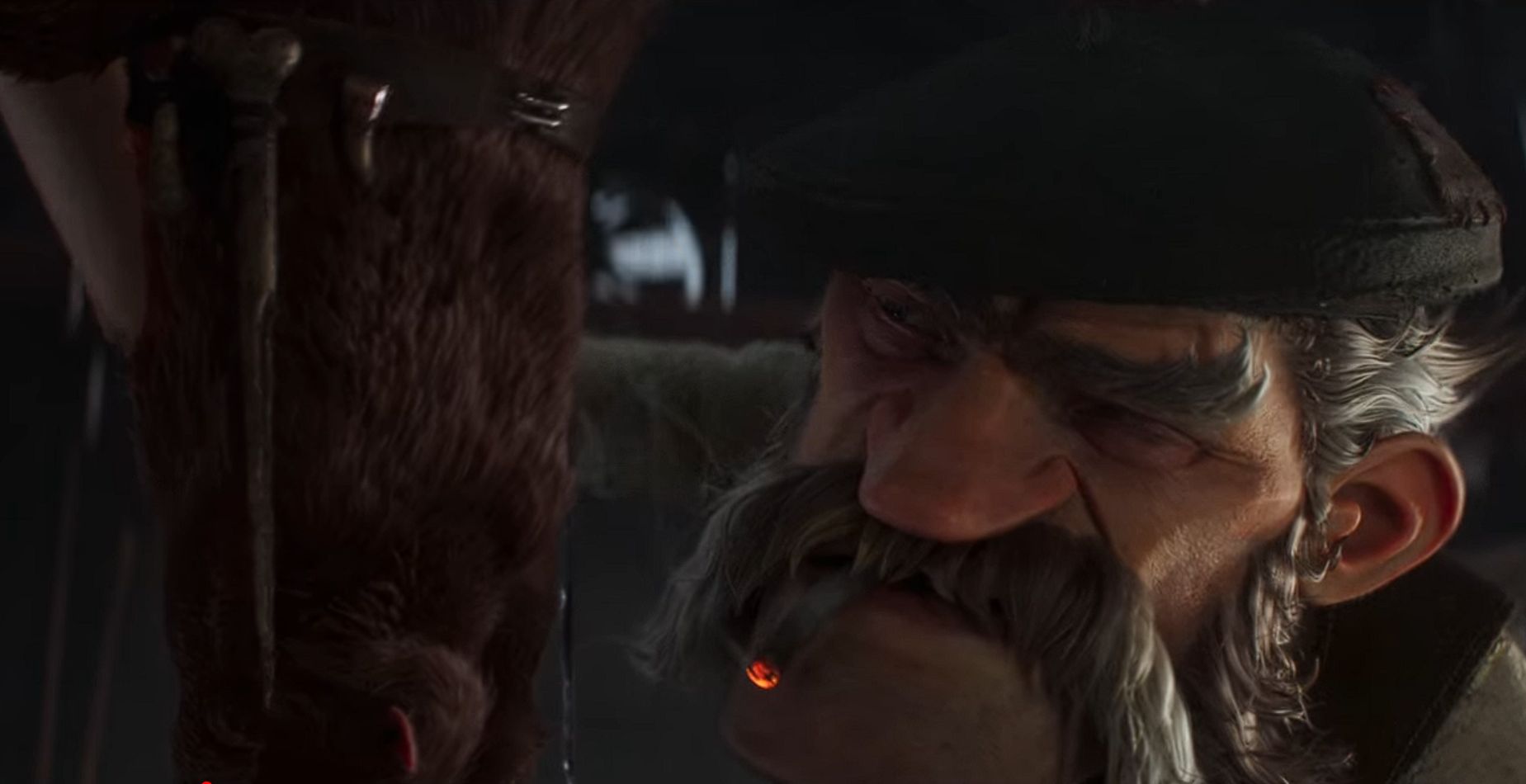 Welcome to Ratcolypse! Farmer Mason knows he has a real pest problem, when they start shooting back. Bloody h*ll!
Click to expand...

Modern CGI. A grim fantasy. Animal fantasy that are rare. In places, it was verging towards horror, but I chose to go with the fantasy, because it's not most certainly not a SF piece, even if it features deadly robots... er, traptech-nology. For a short story, there's quite a bit of it, as you can guess the rats put up a good fight. Bloody h*ll! 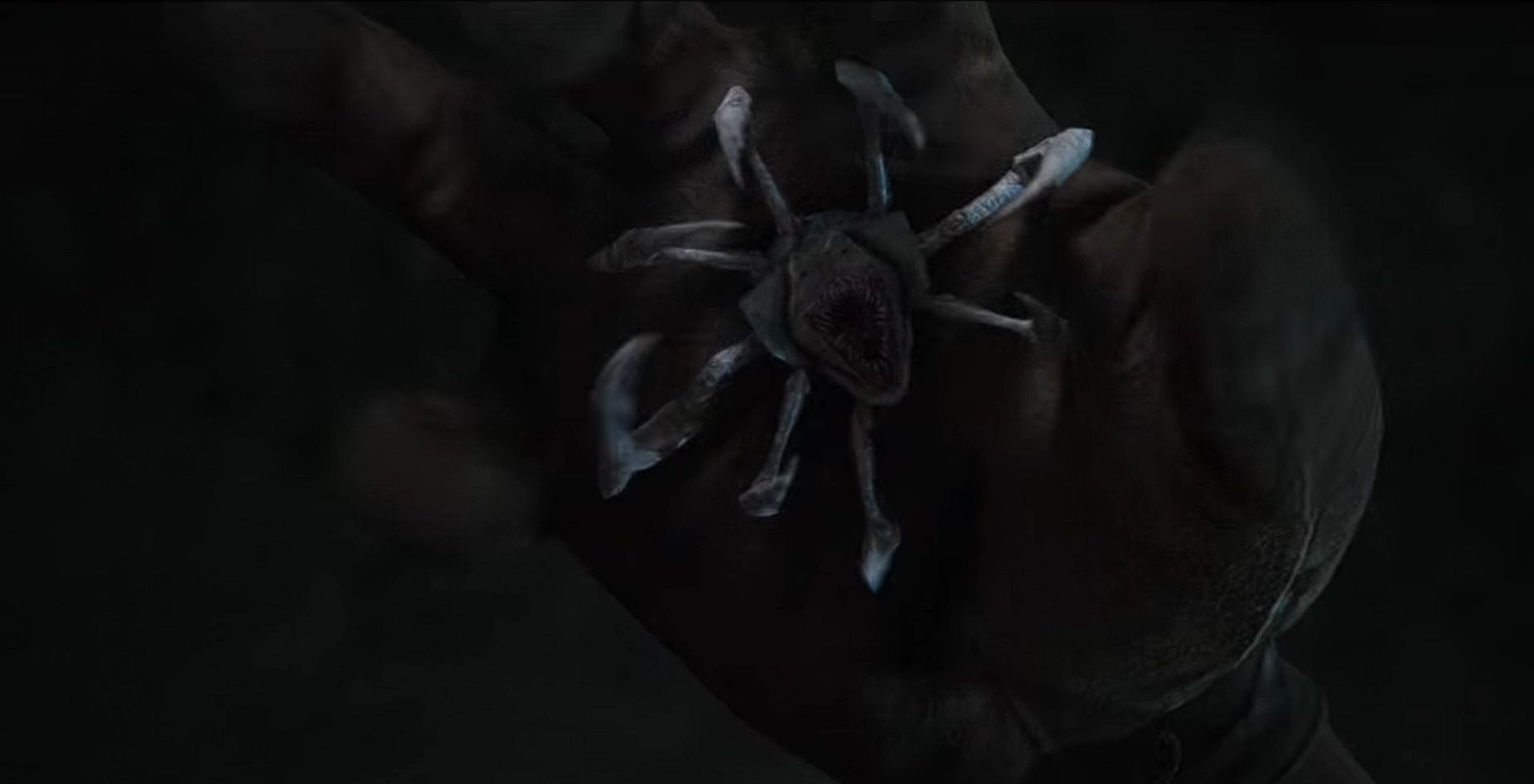 Hyper-realistic CGI. Modern day Military SF/Horror. I can see why people liked it. The elder horrors are nasty and in this one the spiders are truly creepy. I laughed so loud, when they tried to do the traditional thing by shooting the little ones. Then the story got fascinating, and it's better that you'll wait to see the face of the Old One. A true Eldritch horror. 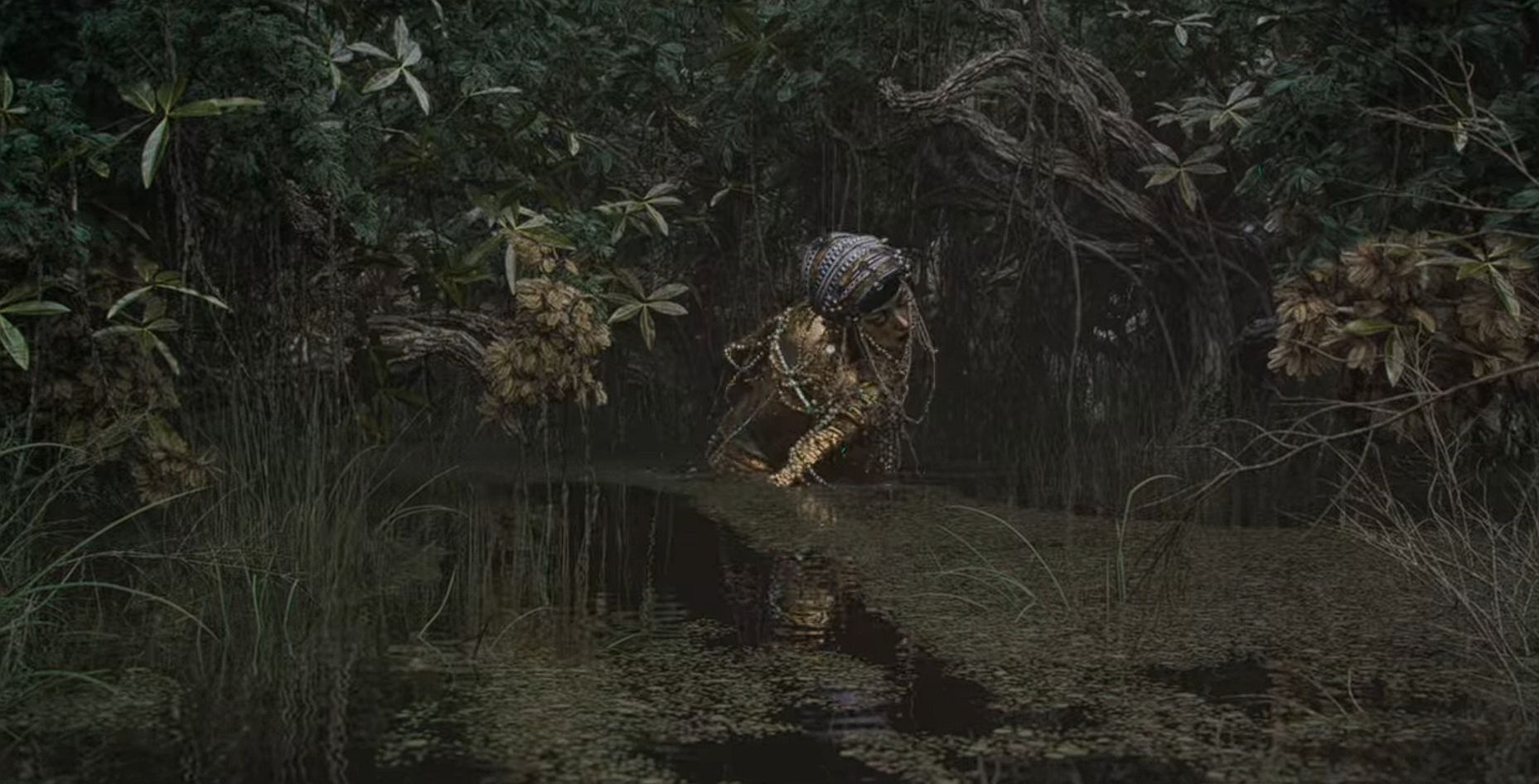 A deaf knight and a siren of myth become entwined in a deadly dance. A fatal attraction infused with blood, death and treasure.
Click to expand...

Motion-captured hyper-realistic CGI. A dark fantasy. It is a very weird tale. I was stunned by the graphics and the details. In places, it looks so real that you'll forget. Then you'll get dumped into my gruesome fight that is also so weird that I for some reason wished that to call a Witcher to come sort the monster out. Why the camera lenses needed to be splattered with the droplets?