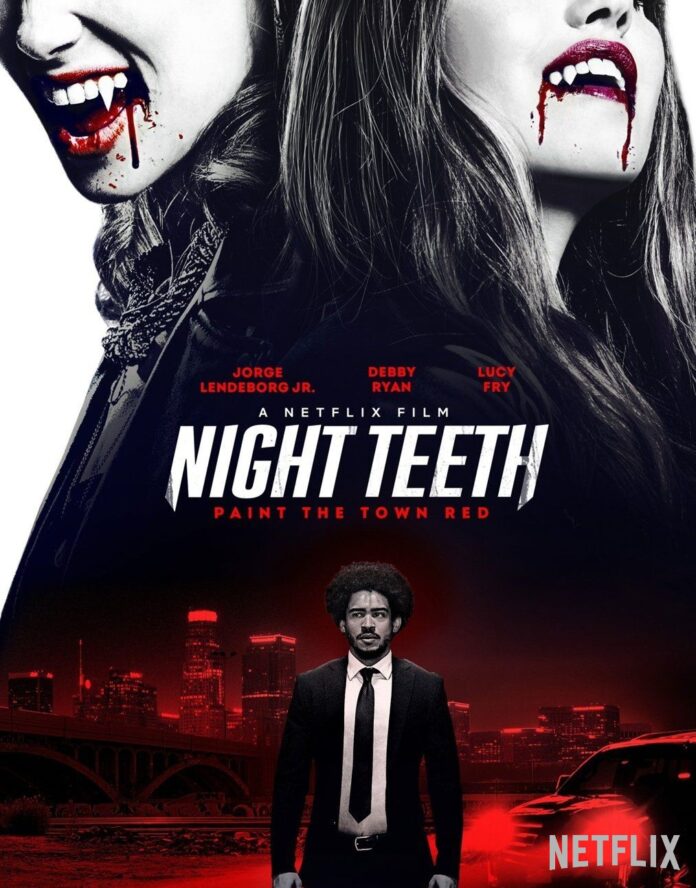 A young driver picks up two mysterious women for a night of party hopping. But when his passengers reveal their true nature, he must fight to stay alive.
Click to expand...

The synopsis is all wrong. It is kind of outrageously wrong as although the MC is a Young Adult male, the rest of the cast certainly isn't and as soon as the truth is told, the MC doesn't fight for his life. Instead he acts like a scared cat, but instead of running he ops to stay in ... as a driver for two gorgeous vampires on a murderous tour through Los Angeles.

As you might know I've written about the vampires and undead creatures for a long while, and I did find this extremely intriguing take on the tale. In the heart there is a boy-meets-a-girl theme going, but there is so much more. Thing is, Netflix has excelled itself on doing these Dark Urban Fantasy tales for a while now and they seem to understand their audience better than most.

The intriguing detail is that they assume that the audience already knows about the vampires and their eccentricities and in this one they fully embrace that the vampires has adapted to being myths, not a real thing. So live at the background, doing their own things, including the culture of having blood dolls (a willing people to be sucked).

In the tale they also embrace the fact that not all vampires are the same, even though they all share the same trade of needing the blood. But the tale lays down one fact, they need willing victims instead of them hunting humans like in the old stories.

You can imagine that it might drive a vampire mad for asking, "Just a drop of it, please... it'll be a quick nibble... promise," for the essential juices. So, they've tied to the whole tradition behind upper class eccentrics, think bondage clubs as an example. Therefore, you might guess that it doesn't take a huge leap for a centuries old vampires wanting to go back good old days.

In one part of the movie, that vampire explains it as, "LA turning to one fat neck to be juiced out." So, you'll see there are layers in this movie that aren't captured in the short synopsis. There are fights show vampiric superiority, there are scenes that are straight out from the Love Boat, essentially full of romance. And there are very dark themes surrounding a family at the centre of this movie.

I personally like it very, very much. I especially like that it plays with the theme of vampires being the underdogs, and some of them are actually liking the current lifestyle of being myths. Funny fact, sunlight is still lethal for the vampires. And the MC is not just a rebellious YA, as he actually makes mature decisions despite the danger.