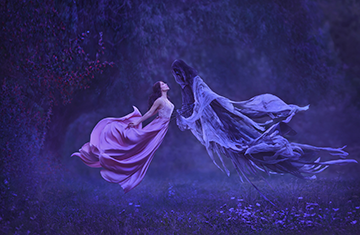 Scientists worked out a way to stop murders altogether. They had a fancy name for it, some ridiculous sounding thing that I can’t remember, but everybody else refers to it as a soul swap. If you kill someone, you swap souls. You’re now dead and somebody else inhabits your body. Shocks all round.
It seemed like a good idea at the time. Sort of. I mean, you didn’t really have to worry about it unless you were a murderer.

Things went a little wrong, though, as things often do when they’re not tested enough. The soul swap didn’t just work for murders. I remember reading about the first case – a doctor lost a patient on the table. The patient, little old dear called Susan Smith, found herself staring at her own corpse with a scalpel in her hand. There was probably lots of screaming, but they never mentioned that on Now the News.

Then there were the car accidents. A plane crash. That weird one where a toddler accidently murdered his Grandpa with a shotgun – now little Jonny has the mind of a ninety year old and is off the breastmilk.

People freaked. Like, totally freaked out. For quite a while some people just refused to leave their houses. Say you were driving your car to work one day, and somebody decided to step out in front of you? That’d be the end of you.

@Mouse put together another one of her really good stories!

Nothing Wicked This Way Comes...

Excellent. Love the Winwood quote at the end. First class.

As wonderful as ever, Mouse. Damn you're talented.