Haunters of library book sales and tables offering the castoffs of old English teachers will likely have run across these books: 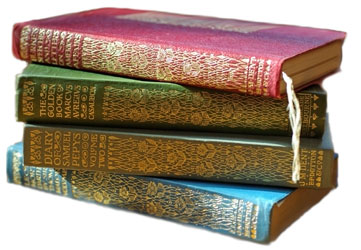 So here are invited comments about the original series and maybe even its revamped format (including paperbacks from around the Seventies) -- but not the revival discussed in the second link above. 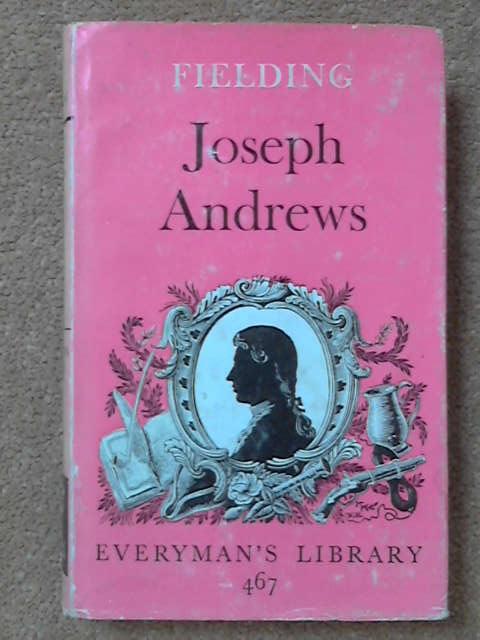 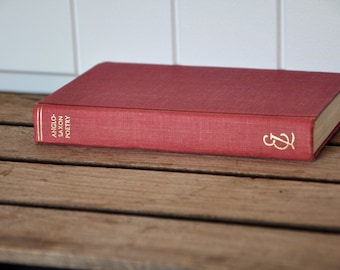 I'm not a collector of any of these, though I could succumb to the itch to the collected the original series if I encouraged that. I have about 30 of them, most bought inexpensively.

Interesting. I knew nothing of this earlier format.

I am only familiar with the revamped series and they seem to be quite good in terms of content.

The Library of America hardbacks are quite nice as well. A bit on the expensive side but solid productions.

I have the Everyman's Kalevala, two volumes, from 1915. Picked them up for pennies.
Deep Dark Space

Vince W said:
I have the Everyman's Kalevala, two volumes, from 1915. Picked them up for pennies.
Click to expand...

You have a collector's item there, because that's the Kirby translation that revolutionized J. R. R. Tolkien's imaginative world.

I've got the Everyman's version of Gibbon's Decline and Fall of the Roman Empire (it was recommended as it includes all the footnotes, of which there are many). So, I think it's still about, perhaps just smaller than Penguin and Oxford Classics.
Professional Proofreader - send me a DM if you're interested and we can discuss your needs (word count, English variant, payment (including preferred currency), deadlines, and any other concerns).

Tolkien and the Everyman edition of the Kalevala:

Similarly, another old Everyman edition -- of George MacDonald's Phantastes -- was a huge event for the teenaged C. S. Lewis:

I have a few of these, inherited from my grandparents.

The old Everymans I have include:

John Stow, Survey of London
Lord Dufferin, Letter from High Latitudes (good read, that)
Cobbett, Rural Rides, 2 vols., one of which I foolishly marked in ink when I began to read it

de Quincey, The English Mail-Coach and Other Essays
Rousseau, Emile

Geoffrey of Monmouth, Histories of the Kings of England

Boehme, The Signature of All Things [in dustjacket]

Austen, Emma (poor condition)
Borrow, The Romany Rye (poor)
Neale, The Fall of Constantinople (aka Theodora Phranza) [in dustjacket]
Scott, The Heart of Midlothian (one of his best, so far as I have read)
Trollope, Dr. Thorne (also very good)

Early of Derby's translation of The Iliad of Homer
Pepys' Diary (2 vols.; in tattered dustjackets)

Borrow, The Bible in Spain

Kind of a brick pink:

I might have one or two others around. Many of these were picked up very inexpensively, e.g. at a public library book sale that had reached the point of $1 a bag. Some of the color identifications above are tentative since there's been fading, etc.

That list gives a glimpse of the variety of the old Everyman series. By the way, that Emma includes a list of "The First 806 Volumes." A few of these have a less ornate spine than most of them do (or the spine might even be missing!).
Last edited: Mar 29, 2015

More vintage Everyman's books. Image found on the net. There's a Kirby Kalevala volume in dark blue towards the left. 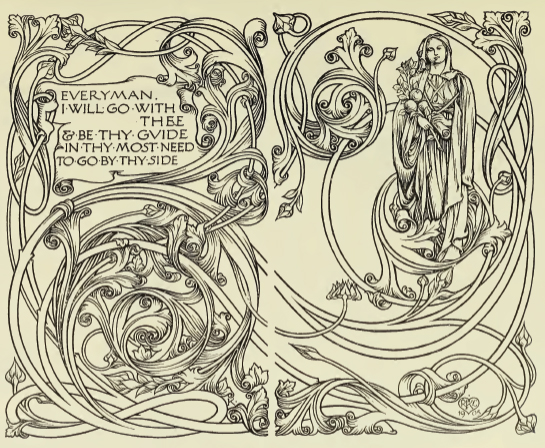 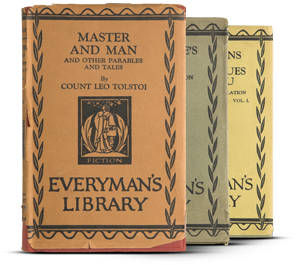 Hmm! There was an Everyman Magazine.

I have several of these, scattered around on my bookshelves. Most are the original format.

Some of my favourite books in there.

I loved the end-papers. Those were the days when books were something to be treasured and respected.
www.KerryBuchanan.com

They do look great.

Kerry, depending on how the hard copy/e-book balance tilts, we may return to those days.
Professional Proofreader - send me a DM if you're interested and we can discuss your needs (word count, English variant, payment (including preferred currency), deadlines, and any other concerns).

Oh I hope so, Thaddeus.
www.KerryBuchanan.com

Kerrybuchanan said:
I loved the end-papers. Those were the days when books were something to be treasured and respected.
Click to expand...

Copies I've seen often have worn bindings, but the paper has held up very well over many decades. These were well-made books, and one has to admire the ambition of providing good books that would be within the reach of a great many people. The books feel extraordinarily good in the hand. I researched the original Everyman's Library about 15 years ago. Joseph Malaby Dent (publisher) and Ernest Rhys (editor) launched the series in 1906. Rhys remembered Dent thus: "He had in him a strange mixture -- book lover, artist, mystic, craftsman, small tradesman and rosy promiser. ...Often in the course of one hour he would make a complete quick change from one role to another. In these mercurial moods he often became so wrought up that, in order to bring himself back to normal, he would clutch with two hands the front of his desk as if he were afraid of suddenly being whirled away into limbo." Rhys added that Dent's aspiration for the series was "based on his early memories of a time [in the Victorian period] when it was precious hard to find the money to buy the book he wanted to read, and on his sympathy for the man who could not afford to go beyond the Democratic Shilling."

I say that's some kind of hero.

C. S. Lewis remembered the Everyman's Library and similar series in his autobiography, Surprised by Joy: "Every man of my age [he was born in 1898] has had in his youth one blessing for which our juniors may well envy him: we grew up in a world of cheap and abundant books. Your Everyman was then a bare shilling." Writing as a teenager to his friend Arthur Greeves, Lewis said he "wonder[ed] how people would laugh if they could hear us smaking [sic] our lips over our 7d's and Everymans just as others gloat over rare folios and an Editio Princeps? But after all, we are surely right to get all the pleasure we can, and even in the cheapest books there is a difference between coarse and nice get up."

I thought I had a bunch of these, but I guess I was thinking of Modern Library books. All I have of these is a two-volume non-set of Malory's Le Morte D'Arthur (blue) and the complete plays and fragments of Sophocles (green). The "non-set" is because there are actually at least a couple of variants of the middle kind - my 1964 printing of the 1906 volume II has the "EL" logo, while my 1972 printing of the 1906 volume I has an anchor logo and "Everyman's Library" printed under it. It's a fraction of an inch taller and has slightly thinner paper, so is proportionally slimmer than the other volume, too. I can't get a look at the spine of my 1947 printing of the 1906 Sophocles because I've got a homemade dust jacket around it for some reason and the jacket is taped to itself and I don't feel like undoing it. It may have a different logo from either of the later ones, for all I know. The only reason I still have it is because of the fragments, as I've got other/better translations of the complete plays. All three, coincidentally, cost a bank-breaking 1.50 each (though this was years ago) - Malory2 is an ex-library book that is not in good shape but the others are quite nice, if not minty fresh. I even have the dustjacket to Malory1 (though it's pink (like the Fielding pictured above), which is enough by itself, but also makes the "set" even more mismatched, so I took it off the book).

I personally like the middle style. I don't think I've ever seen the original style and it's a bit much for me. The new ones look pretty good, too.


Extollager said:
The books feel extraordinarily good in the hand.
Click to expand...

Forgot to mention this - one aspect of it, for me - and this is in common with older Modern Library books, Loebs, some Scribners, etc. - is that I love the size. They're not much more than mass-market paperbacks but with the hardcovers. To me, it's just about a perfect book. I've got a Scribners of Spinoza (3 1/2" x 6 3/4") and I can't say what it is but it just has an extraordinarily great feel - even better than the ELs, though both are great.
Last edited: Mar 29, 2015
You must log in or register to reply here.
Share:
Facebook Twitter Reddit Pinterest Tumblr WhatsApp Email Share Link