Extollager said:
Graham's Russian Pilgrims just arrived. The prologue stirred misgivings when I read it, but as soon as the account of the pilgrims begins, the book takes flight!
Click to expand...

This was really good and I was glad I bought and read it.

I'm now a hundred-plus pages into Undiscovered Russia by the same author, and liking it well, too. In this case, I went to archive.org, from which I have also printed out Stephen Graham's A Vagabond in the Caucasus. There's a nice blurb for the Vagabond at the end of the one I'm reading now:

"It is the spirit of the open air, the passion of the tramp, the poet's delight in the simple yet significant little things of forest, mountain, plain that combine to charm. As you read, you picture the days when this 'old world was yet young,' and find yourself in a region that has not changed for too many centuries to count, and wherein move stately fighting men and unspoilt shepherds and bearded figures that have stepped clean out of the Bible picture-books of one's childhood. The beauty of this marvellous land of mountains between the Caspian and the Black Sea is utterly arresting. I myself spent some weeks there last summer, and it calls to me like strong music. To read this vital account of it all is to live over again my own adventures. There are no 'purple patches.' The colour is vivid and true. One sees that air of strange clear brilliance; one smells the leagues of azaleas; hears the barking of the savage sheep dogs; and watches the horsemen clad in flowing bourkas careering over the mountain paths like strayed centaurs." -- ALGERNON BLACKWOOD 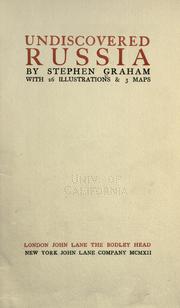 A new PTL offering -- new to me -- never saw this one before, so far as I remember:

My copy of A Plague of Caterpillars had a somewhat different cover, which I don't like as much as the original PTL style illustrated above. The book was an amusing read. There's a little about it here:

Reviews: A Plague of Caterpillars: a Return to the African Bush by Nigel Barley

I can appreciate a short book, and this was about 150 pages of text, just right for what the author had to tell. The locale is Cameroon, mostly the interior. The portrait of the African-American man who took his family to Cameroon with notions of connecting with his roots was tactful, ironic, not without sympathy, and comic.

I've just come across this thread for the first time, and, as usual, I have read very few of the above authors.

However, there are two I really like that I don't seem to have seen in the recommendations above. That doesn't mean they are not mentioned, I may have just got eye-strain from scrolling through.

First off: Richard Grant's "Ghost Riders" (published as "American Nomads" in the USA). This is a paean to his fascination with the open spaces of Arizona, New Mexico and Texas, drawing in links with others from the past such as the remarkable sixteenth century journeys of Cabeza de Vaca, 18th/19th century mountain-men and and trappers, and the Apache of Cochise and Geronimo. I thought it an excellent read. It's also got a good bibliography that led me on to further reading.

He's written three other books that I've also enjoyed, though I thought "Ghost Riders" the best.
"Bandit Roads" (different title in the USA) about his travels in Mexico.
"Crazy River, a Plunge into Africa".
"Dispatches from Pluto: Lost and Found in the Mississipi Delta".

The other author that I've really enjoyed is Benedict Allen. He was born in 1960 and seems to have been preoccupied from an early age with travelling alone into remote areas of the world.

While I've enjoyed a number of his books, the ones I liked best were his two accounts of travels in the Amazon:
"Mad White Giant" (in the USA "Who Goes Out in the Midday Sun") (1985) detailing a journey made in his early 20s. Some have questioned its veracity, but I suspect that may have more to do with astonishment at his naive daring.
"Through Jaguar Eyes" (1994), a second journey in the Amazon basin made in 1993.

and then there's the unusual
"Into the Crocodile Nest" (1987), an account of his initiation ordeal, together with a group of young tribesmen, in Papua New Guinea.

I read, and even favorably reviewed for a campus paper, Allen's Who Goes Out. Haven't thought of that book in a while!

Could you say more about Grant's Dispatches from Pluto? Does it have much to say about the Delta blues music?

Talking about delta blues, I am currently enjoying this memoir/travel book by Peter Finch, from the brilliant and eclectic Seren Press. It describes growing up and discovering blues music in rather drab postwar Cardiff, where music (BBC radio being the sole provider) was "controlled by adults", followed by an extended travelogue to the delta, Memphis, Nashville, Muscle Shoals,Appalacia etc to find the source of his love for music. Pleasantly unpretentious and often very funny. Also heavily annotated with playlists for each chapter.

The Finch book sounds like it could be a lot of fun, & I have submitted an interlibrary loan request for it.

Have started W. G. Sebald's The Rings of Saturn, liking it but would like it more if I thought the things that were represented as historical were true -- and maybe they are. I'm not into postmodernism.

Extollager said:
Could you say more about Grant's Dispatches from Pluto? Does it have much to say about the Delta blues music?
Click to expand...

I don't have the book to hand, I'm afraid. There is definitely some stuff about old bluesmen: I passed the book on to a friend who's keen on those characters. The author was friendly with at least one of these, and describes attending occasions at his house: it might have been T-Model Ford, but I can't be sure.

Much of the book is how an Englishman and his girlfriend move to the Mississipi outback from New York and are overwhelmed by the kindness of local hospitality while trying to make sense of what they find there. As an English outsider he's able to mix in a variety of different milieus. I think Grant writes well, and is always interesting, but I prefer the earlier books as they provide wider historical contexts.

A cool freebie: Delhi and Agra: A Travellers' Companion, selected and introduced by Michael Alexander.

Hitmouse, is this something you've ever had in hand?

Extollager said:
A cool freebie: Delhi and Agra: A Travellers' Companion, selected and introduced by Michael Alexander.
View attachment 78261
Hitmouse, is this something you've ever had in hand?
Click to expand...

No, I haven’t come across this. I don’t think I have heard of the author either. It looks interesting.

Another entry in the PTL, H. M. Tomlinson's The Sea and the Jungle, has come to my attention. Confirmed -- O This is about the Sahara.
Click to expand...

How very strange. This Ellery Queen picture has showed up where I had posted something different. ???

Extollager said:
The books they took with them!

Travel writers, expedition members, explorers -- they take books along for reading when wrapped up in their sleeping bags against the polar winds or when they're sprawling in their hammocks on a hot, sopping-wet-muggy tropical night.

Trudging in British Guiana, Evelyn Waugh (Ninety-Two Days) takes a copy of Dickens's Nicholas Nickleby along. Redmond O'Hanlon wrote No Mercy about a Congo journey. His companion Lary is reading Dickens's Martin Chuzzlewit, while O'Hanlon reads Gide's Travels in the Congo. Apsley Cherry-Garrard (The Worst Journey in the World) -- Antarctica: "With regard to books we were moderately well provided with good modern fiction, and very well provided with such authors as Thackeray, Charlotte Brontë, Bulwer-Lytton and Dickens. With respect to the kind givers of these books, I would suggest that the literature most acceptable to us in the circumstances under which we did most of our reading....was the best of the more recent novels, such as Barrie, Kipling, Merriman and Maurice Hewlett. We certainly should have taken with us as much of Shaw, Barker, Ibsen and Wells as we could lay our hands on, for the train of ideas started by these works and the discussions to which they would have given rise would have been a godsend to us in our isolated circumstances. The one type of book in which we were rich was Arctic and Antarctic travel. ....These were extremely popular ....[Dickens's] Bleak House was the most successful book I ever took away sledging, though a volume of poetry was useful, because it gave one something to learn by heart and repeat during the blank hours of the daily march, when the idle mind is all too apt to think of food in times of hunger, or possibly of purely imaginary grievances...." 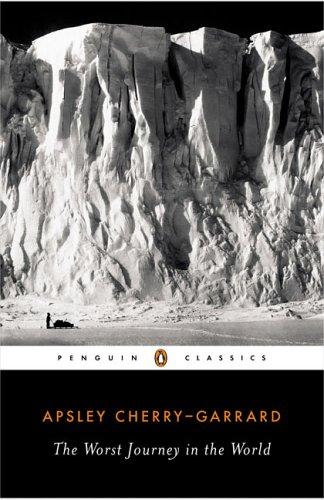 I just read PLF's Three Letters from the Andes, and enjoyed seeing his references to the books the little group of travellers took along -- yes, Dickens again -- Nickleby, Oliver Twist I think; Henry James's The Bostonians and The Spoils of Poynton, etc. also Prescott's Conquest of Peru.

South by Ernst Shackleton, here is the ship as it is crushed by pack ice Coppermine Journey Samuel Hearn (edited by Farley Mowat)