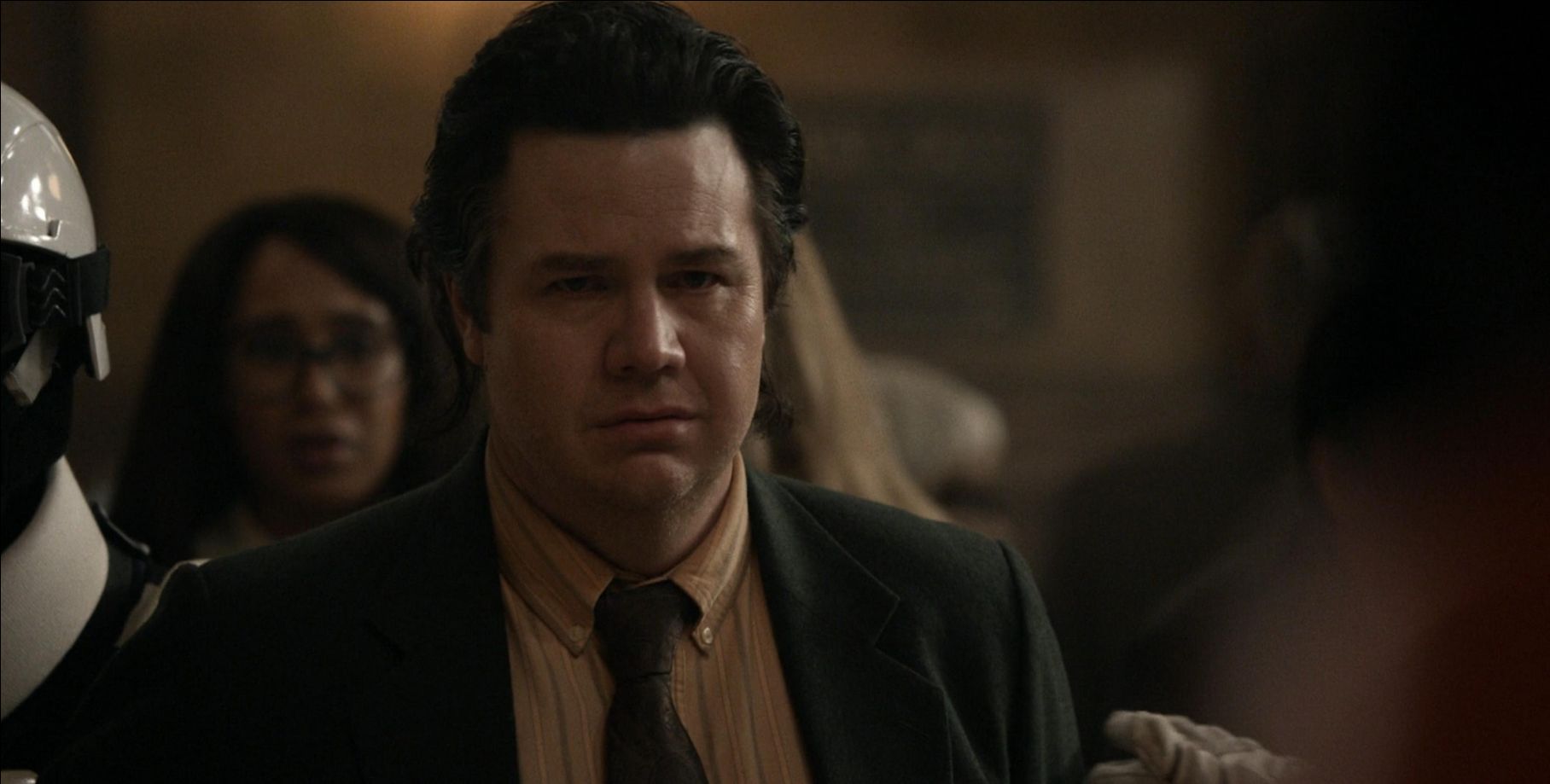 Ezekiel and Negan plan a work camp revolt; Eugene stands trial with Yumiko as his defense attorney
Click to expand...

I know, and a few of you too, know that there have been a couple extra faith episodes during the course of Kirkman's world premium product. Personally, they've touched me a great deal and those memories stays with me the rest of my life. But over all, both TWD and Fear have explained that a lot of people of have lost their faith.

Gabriel is one of the closest study examples. A priest who had lost his flock, and then later, his connection to God Almighty. Maybe that is because he has been living some many years in the wastelands, fighting monsters, both dead and living kinds. The peace he remembered never returned. It was as if the God had turned backs on them...

... not that's the case, because there has been miracles and answers. Scientifically speaking, the Dead are evolving. Now they can climb, open doors, probably do other rudimentary tasks as in overall the virus itself is muting as well. It wants to live... through the Dead.

Judith asked in the intro: "How do we survive bad things?" 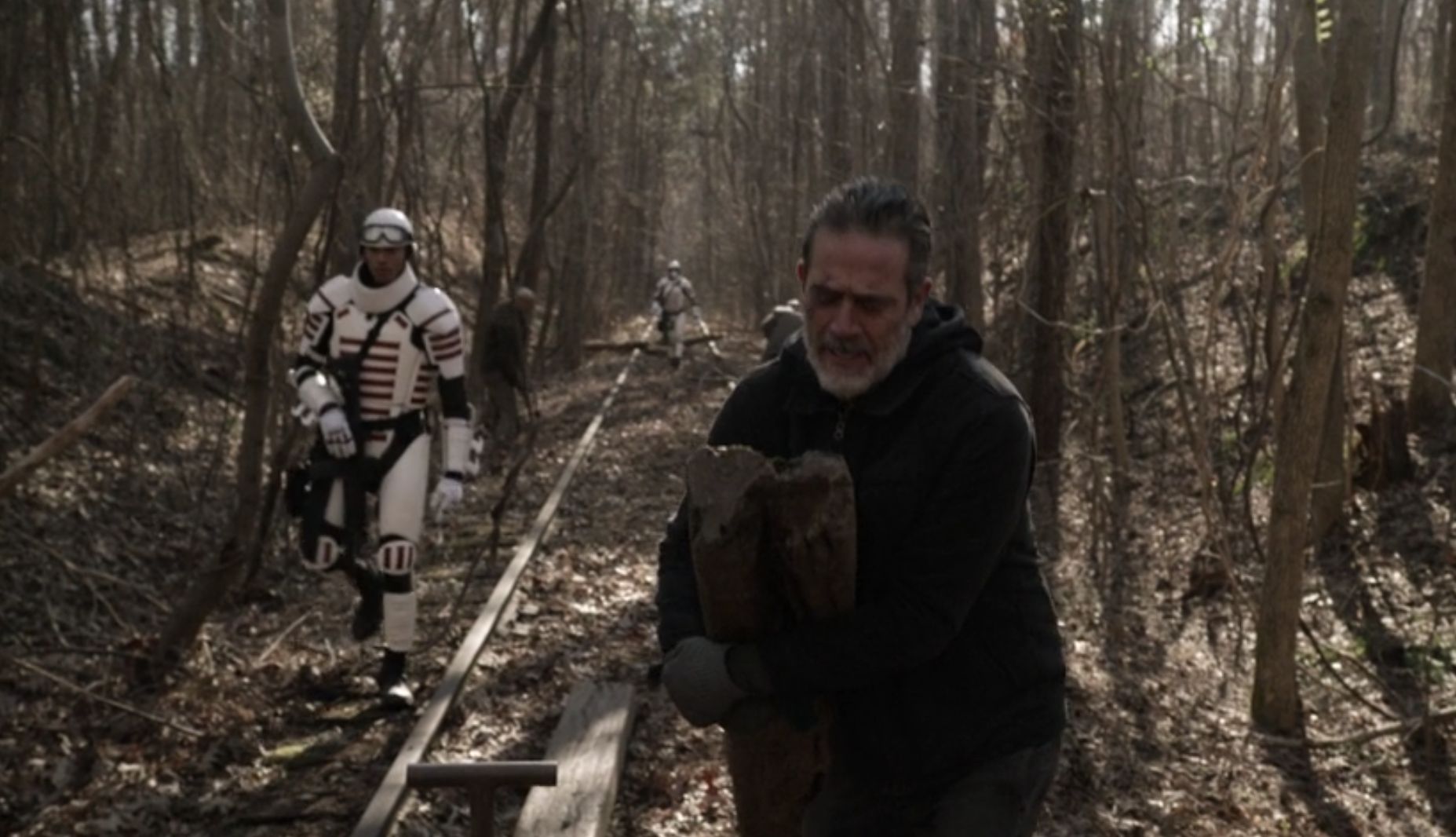 Neegan, the chaingang worker. I know that for what he did, Neegan has gone through a long road of suffering. But has it been just, or is there a redemption for him? I don't know, but I didn't feel the rest of the characters were in the right place, counting guards, getting to know their locations.

Doing it at the railroad is not a great place, because we already saw that the bastards have also an outer perimeter, where they shoot in. "Two in the perimeter, four inside," Neegan noted down in his map, before he got beaten for asking a relief for his wife. The interesting part was his reach for personal corruption. The greed we all possess.

Taylor, the railway man, claimed that people had tried escaping and failed.

Daryl and Carol came to the same conclusion as me, and they decided to hit Alexandria, via the tunnels. Man... we writers are cursed with the tunnels. It's a similar kind of escape as the deus ex machination.

At the end of the brief, Carol told Gabriel and Rosita that they could go into the Alexandria, because they're "the best sharpshooters." A half blind man, who favours his blind side, and a woman with attitude.

Neegan, at the inside, claimed that he wasn't worried about the Alexandria's governor, because he used to be like him. Why is that not worrying him?

What I don't get is Negan's move on confessing being in the charge of the rebellion. Why would he do that? The people are not inspired by him and the governor made sure that they would hate him for putting Neegan's wife at the front of the shooting gallery.

"That was not our deal," Neegan shouted as they made them both to kneel.

Ezekiel stopped the whole thing from happening by walking at front of the shooters and inspiring others to join. The governor didn't give a toss. So Ezekiel gave them "this world is broken" speech and the corrupt trooper turned.

The governor received the most satisfying ending by being eaten by his own trooper. 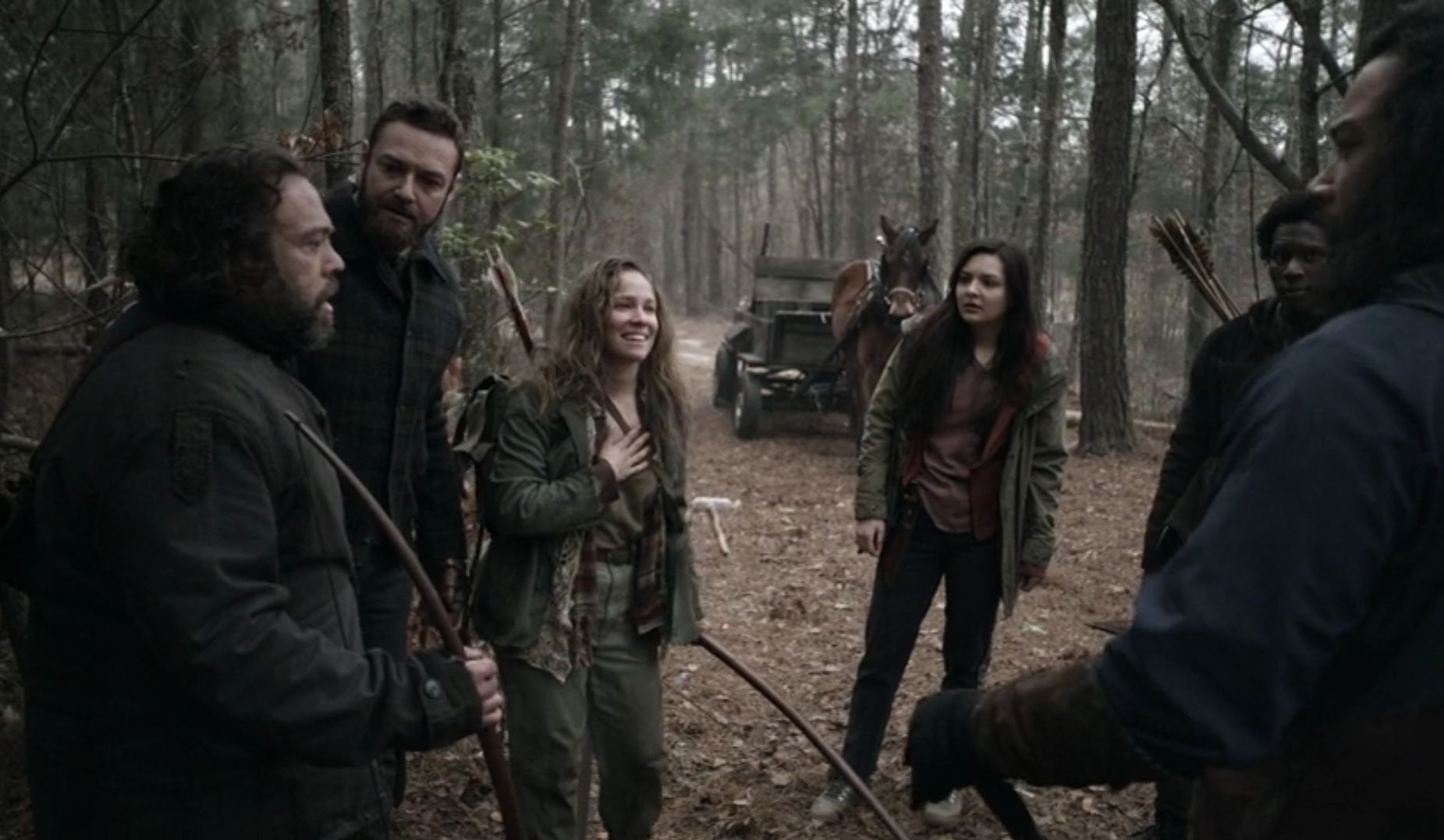 So Aaron's group on their way to Oceanside found a couple of survivors, Luke and Jules. Luke told them that Oceanside was "Gone." The Commonwealth Army showed up, "And they just took over."

Luke's suggested to, "Get faraway from the Oceanside as humanly possible," instead of being relieved on seeing the fighters and possibly gaining back their home. It wasn't until later that he claimed wanting to go back and take their home. 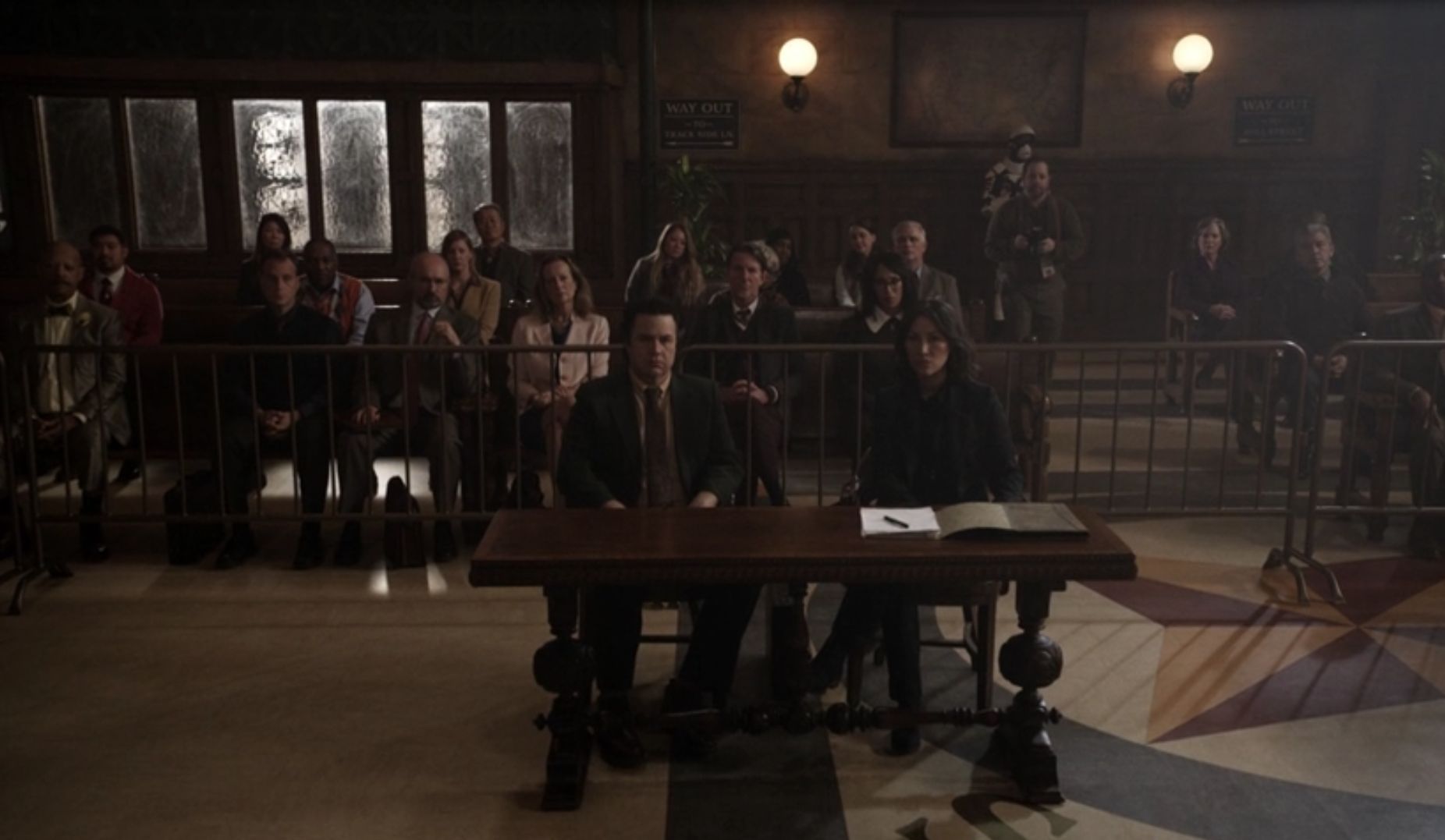 Commonwealth vs Eugene Porter. I wanted to say "A trial of the century," but this setup were cocked from the beginning. Pamela knew that the judge is the one she needed to win over, and therefore she played a dirty game. The same game that the politicians always do, when they appoint judges, and its name, "Save my *ss one day."

Pamela couldn't even squeeze a tear in her testimony, and the people could do nothing but shake their heads and gasp when Pamela lied through her teeth. She named Dr Evil as "The enemy of the state." Mighty title, lol.

Yumiko felt that she was going to lose the case, and through Dr Evil's martyrdom the people would gain their freedom. Their only choice was to turn General Mercer against Governor Milton. Except his head wasn't turned. Just like so many other men in his position, the skeletons in the closet kept him in the position, serving Pamela.

Eugene told the court after the closing remarks that he'd been "living on a borrowed time for the past decade." He also acknowledged that he should have met his maker long time ago, repeating the same as he always does. He needed friends to make it to the end. And he wanted to inspire other people to do the right thing.

He also counted the one lesson he'd learned over the years, and that was that one person does the right thing, before the kangaroo court put down the death sentence.

Is the general going to execute Eugene or act as his saviour?