Just bought OGPU Prison from the charity shop for £1, with the old classic cover. More out of nostalgia than anything else, but I do expect to read it again.
If you find chronicles helpful, help chronicles: upgrade your membership to Supporter.

I stumbled upon Wheels Of Terror when I was about 12 (mobile lending library and I just added it to the pile my Granny was checking out) and therafter worked my way through most, if not all, of the series. So yes, historically dubious, graphically violent but not without flashes of humanity in the midst of carnage. However 'SS Penal Battalion Marches To Monte Cassino For The Massacre' (as read by Vivian in the Young Ones) pretty much sums it up...
When you have a hammer, all problems look like nails.

These books are brutal, and I mean brutal, outside of Sven and the Old Man, characters are very hard to love, but these are some of the best anti war books ever published!

And yet they can be so funny at the same time, that is another strong theme I guess, how people thrown into such a horrific situation, bad enough being in a Nazi Penal Battallion, but then to end up in places like Stalingrad... All that No 2 Section have is each other, nobody else is going to look after or out for them. And with the exception of Julius Heide, not only are none of them Nazis, but they are rabidly anti Nazi.

Yes, we read these in high school, when people were also playing board games like Panzer Blitz. The characters are memorable and the action fierce.

I read most of them as a teenager, and was reliant upon finding them in charity shops, so came to Legion of the Damned after most of the rest. I shall spoiler the rest for those who haven't read


I was gutted!!! its been a long time since I read it, but the either final or near final scene of "Old Un" the inspiration for Willie Bier being carried off clearly either dead or dying was like a proper punch to the guts.
Sven's Website if it is still going has photo's of some of the gang. What do people think about that Danish Journalist and his claims about Sven, never having been in the Wermacht etc. Claims made very dubious when it came out that the Journo was a Far Right racist, with links to danish neo nazi groups.... and the books of course are dripping with anti nazi venom.

I picked up OGPU Prison recently from a charity shop - what strikes me immediately, reading it again now, is how rambling it is. The characters move from scene to scene with little sense of structure, and the dialogue can seem very rambling at times. However, the content of those scenes, and dialogue, is certainly unique - and alone, worth reading for.

I always had the impression that the books were intended form a kind of sequence? Or perhaps I just assumed that when I was younger.

Also, I seem to recall the translation of names wasn't consistent, and that "Tiny" became "Little John" in one of the books.
If you find chronicles helpful, help chronicles: upgrade your membership to Supporter.

Right. I remember Pluto..? and the Little Legionaire, even tho haven't read a Sven for decades. Ghastly scenarios with our anti-hero tank-jockeys blasting hell out of villages and cities and slagging Adolph every chance they got. Hard drinking, heavily-armed guys at work in the trenches. But, no idea about the writing, it didn't seem to matter then. That was our version of YA. (?)

Pluto was Obegefreiter by the Grace of God, Joseph Porta in one book, wasn't he?

I always found it interesting that Sven claimed he served alongside at least a Company of British Free Corps/SS St George troops on the Eastern Front. Official British Government claims are they never numbered more than about 4 people. I always wondered why Britain would have been so different to other nations. IIRC more Frenchmen served in SS Charlemagne, than in the French Resistance, for example

Incidently a wonderful resource on Sven's books is http://www.svenhassel.info/ AKA "Porta's Kitchen"

It amazed me that there were "Black Africans" in terms of physical appearance in the Wermacht. I had always known about units like the Muslim SS Handschar, but I imagine despite his fascination with Islam, Himmler never considered the Handschar troops to be of the "Master Race" yet these black guys in ther regular Wermacht, were considered by the SS Racial Office etc to be "White, Aryan" due to how insane the racial theories were.

In the later books of course, one of No 2 Sections Comrades was Stabsgefreiter Albert Mumbuto. Porta's Kitchen has this to say to anyone who thought Sven may have been joking/lying.

Possibly the strangest of all Sven Hassel`s strange characters is Stabsgefreiter Albert Mumbuto, the black soldier who appears in the later books. At first this may seem quite absurd but, in a documentary programme shown on British television recently, several German black men were interviewed about their experiences under the Nazi regime and one of these men described how he had been sent call-up papers for the army and, considering himself primarily German, went along to enlist. He was initially turned away because of his "fuzzy hair" (not his skin colour). On his second attempt he was accepted. Sadly there was no photograph shown of him in uniform.

Caledfwlch said:
Pluto was Obegefreiter by the Grace of God, Joseph Porta in one book, wasn't he?

I always found it interesting that Sven claimed he served alongside at least a Company of British Free Corps/SS St George troops on the Eastern Front. Official British Government claims are they never numbered more than about 4 people. I always wondered why Britain would have been so different to other nations. IIRC more Frenchmen served in SS Charlemagne, than in the French Resistance, for example
Click to expand...

I read Svens work first about 30 years ago, they are really quite gritty and also fun but weirldy the character names change in them sometimes, same characters but different names?. Also they get slightly more ridicolous the later in the series you read. 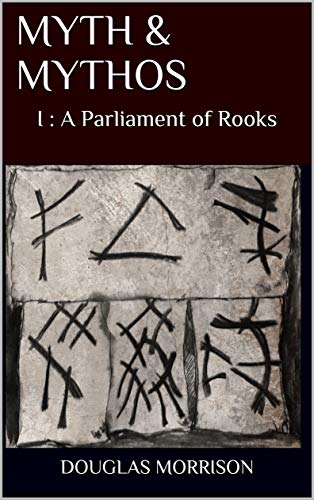 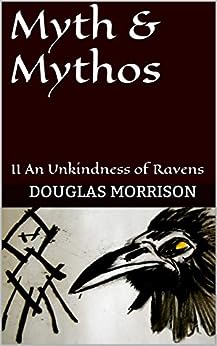 I remain curious about this author. Are they widely available in English?

Should be. They were back in the late 80s when I read them.

They were re-released recently, some of them anyway. And you can oft find them in charity shops anyway.