I've just finished a couple of Edward Leithen novels by John Buchan, The Dancing Floor and Sick Heart River. They're very different from the rather gung-ho Richard Hannay books, far more psychological and contemplative, both looking in different ways at atonement, faith and sacrifice, one through the prism of ancient Greek rituals, the other through the privations of northern Canada, and in both the most wonderful writing about nature.

Not sure where I'm going next. What are you reading this month?

Today I begin a book I've been waiting for since 2011 - Nicholas Humphrey's new one, published last Thursday, Sentience: The Invention Of Consciousness.
D

I’m reading A.D. 999
Picking out Conan the Liberator
John Wyndham sitting on the side.

I saw this mentioned on another site - Bound to a Single Sun by Stephen Leigh and I downloaded a copy, it's enjoyable SF so far. 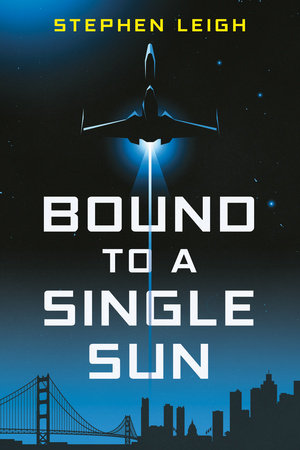 Now in e-only, this new near-future sci-fi novel explores the boundaries of what makes us human In the near future, humankind has founded colonies on Mars and the inner planets as well as under the oceans,...
www.penguinrandomhouse.com
D

Danny McG said:
I saw this mentioned on another site - Bound to a Single Sun by Stephen Leigh and I downloaded a copy, it's enjoyable SF so far.

Now in e-only, this new near-future sci-fi novel explores the boundaries of what makes us human In the near future, humankind has founded colonies on Mars and the inner planets as well as under the oceans,...
www.penguinrandomhouse.com
Click to expand...

Ah hell ya. I’ll read that once in a blue moon

Finished the audiobook for The Prisoner of Heaven [The cemetery of Forgotten Books 3) by Carlos Ruiz Zafon. This is more backstory / filler than anything else.
D

Elentarri said:
Finished the audiobook for The Prisoner of Heaven [The cemetery of Forgotten Books 3) by Carlos Ruiz Zafon. This is more backstory / filler than anything else.
Click to expand...

In this Spanish name, the first or paternalsurname is Ruiz and the second or maternal family name is Zafón.
Carlos Ruiz Zafón (Spanish pronunciation: [ˈkaɾlos rwiθ θaˈfon]; 25 September 1964 – 19 June 2020) was a Spanish novelist known for his 2001 novel La sombra del viento (The Shadow of the Wind).

Ruiz Zafón was born in Barcelona. His grandparents had worked in a factory and his father sold insurance. Ruiz Zafón began his working life in advertising. In the 1990s he

I am curious about his work, exceedingly fascinated by sanderson right now, and, worked through quit a bit of Patrick Rothfuss. I feel like I need to start it from the beginning. Hehe.

An update from the last thread - most of the read were read last month, shockingly enough but this is the best place to read it (maybe we should have a 'what did you read last month' thread to go with the what you're reading threads?)

Death's Master by Tanith Lee - Beginning to warm to it

Queen's Assassin by James Barclay - Will probably quit this the next I open it up. I've been saying that a while.

Second Spear by Kerstin Hall - Need to find my kindle and finish this (found my kindle, will power through soon)

Tigana by GGK - I assume it will be as immense as ever. Reading slow to prod at how it's done.

Irenicon by Aidan Harte - Not sure it's going to stick. I've loaded too much renaissance fantasy onto my plate and this is the dullest I've encountered so far (at least at the start) - I'm now fairly sure it won't stick, none of the characters intrigue.

The Stardust Thief by Chelsea Abdullah - The big fantasy adventure hit of the year. Or last year? I forget. The intro is just "woe is me" though.

The Resurrectionist of Caligo by Wendy Trimboli and Alicia Zaloga - Enough books have annoyed me that I want to collect a week's worth of venomous reviews and get it all out at once. Someone suggested this book would annoy me. It does, by being dull.

The Fisherman by John Langan - Stretching into new things - the voice is very readable, but in small doses

Nine Princes in Amber by Roger Zelazny - The comparison above made me read it. Liked it better than my last attempt.

Palace of Kings by Mike Jefferies - Read for venom. The word said is rejected in favour of shouting, crying, and occasionally dribbling. I feel like I'm in that priests retirement home they find Father Jack in.

Jewish Flavours of Italy: A Family Cookbook by Silvia Nacamulli - Great cookbook save it takes 70 pages to get to recipes which is just awful.

The Drawing of the Dark by Tim Powers - Starts strong, doesn't develop its ideas

The Fantasy Literature of England by Colin Manlove - Probably indispensible in studying this field, even after twenty years.

The Complete Book of Pasta Sauces by Allan Bay - It's just recipes. No pics & no info makes it real hard to feel tempted. Also to check you did it right. My guinea pig complained about vagueness when she followed one.

Lambda by David Musgrave. It’s an oddly written story. Almost as if it was written by the algorithm that collects and analyzes your online data.
Deep Dark Space
N

I'm excitedly awaiting publication (this month), of the English translation of Kazushige Nojima's: Traces of Two Pasts.
The latest supplementary novel that expounds the history and characters of Final Fantasy 7.

The Best of Kim Stanley Robinson
These stories brilliantly blend personal experience and research to make everything – from Italy underwater to Martian baseball – seem believable.
A Berg's Eye View
"Humor (Humour) for the Meme Streets"

I just started The Every, by Dave Eggers; it's a sequel to his The Circle, which was a dark satire of some company that combined the most potent aspects of Apple, Google, and Facebook. In The Every, The Circle has acquired Amazon (sorry, "the jungle") and is even MORE powerful. I'm only a little ways in and am finding it just as absorbing as the original, and am enjoying the mocking of corporate culture and online memes even as I get acquainted with the technocratic horror the book's main character is hoping to destroy.
C

REBerg said:
The Best of Kim Stanley Robinson
These stories brilliantly blend personal experience and research to make everything – from Italy underwater to Martian baseball – seem believable.
Click to expand...

This is on my TBR list; haven't yet read Robinson. I notice that his story "The Lucky Strike" is ranked high on the ISFdb Top short fiction list.
C

Continuing with my obsession with short fiction, I have decided to read all the stories on the ISFdb Top Short Fiction list. I also plan to write articles on each. (Let's see how far I actually get.)
Last edited by a moderator: Nov 4, 2022

Changed my mind. Going with Other Minds by Peter Godfrey-Smith instead.

Lambda is a DNF for me. No discernible plot. The characters, if you can call them that, are flat and uninteresting. The reliance on pseudostatistics to tell a story is a tiresome slog. It's like reading a fact sheet without the fun.
Deep Dark Space

Moving on I’ve opted to read my very last Iain M. Banks, The Algebraist. I’ve been holding onto it for years and have decided it’s time to read it.
Deep Dark Space
D

Up next THE SHADOW Comic book.Howard Chaykin.