The survivors track a convoy to a mysterious destination.
Click to expand...

I still haven't read the ending for the comic series, but knowing that Sebastian "the Rick killer" is dead, I'm fine with everything that's going to happen to the Commonwealth. They deserve it, just like all the other communities that Rick's people have wiped out in the previous season. A lot of them are going to be probably killed as we have two more episodes to go or then not, because they have AMC granted story shield. 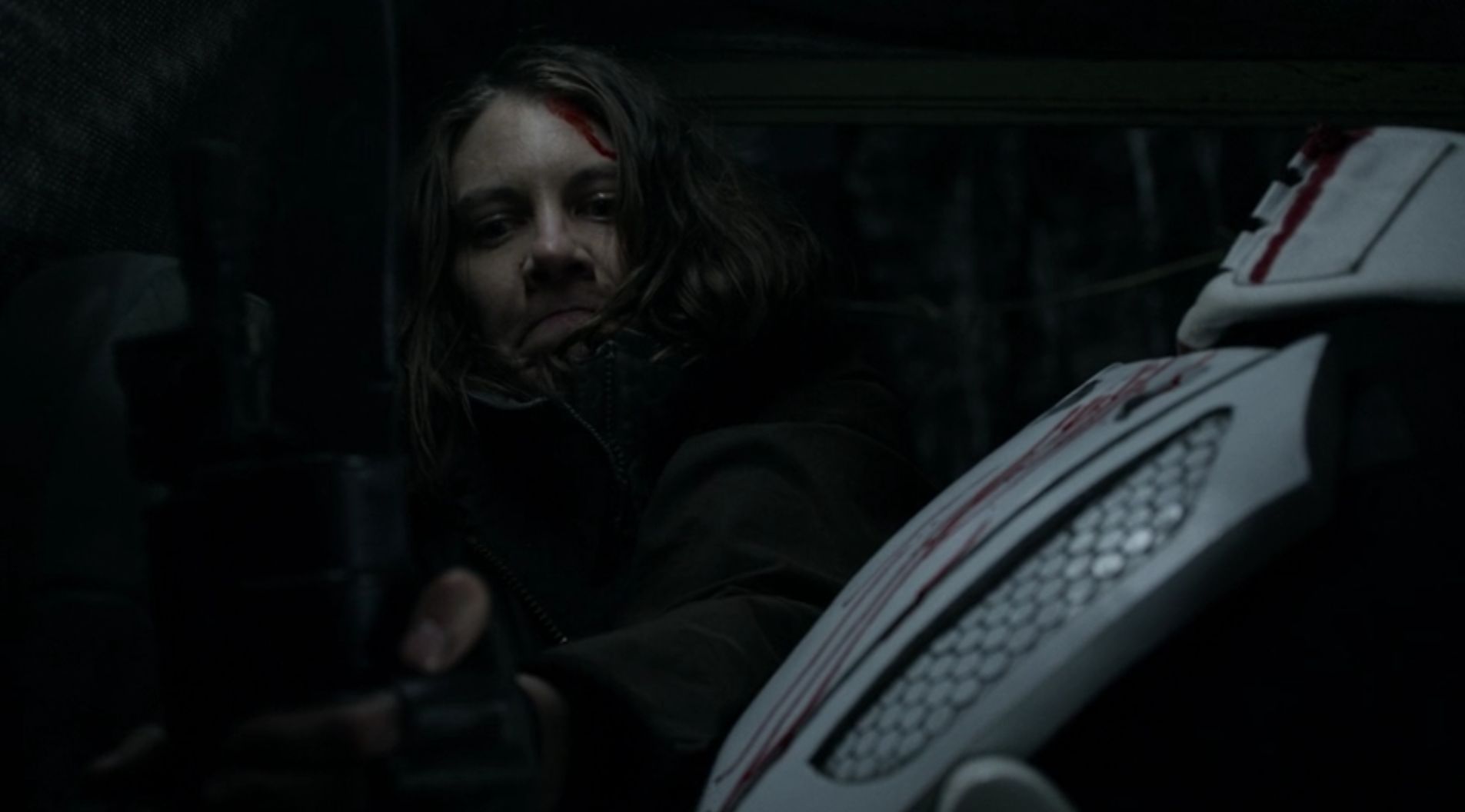 How did Maggie end up zip-tied with Gabriel and Rosita at the back of the same truck? They weren't together when they were captured. Not to my recollection, because Maggie was heading out, and she definitely wasn't in Gabriel's church, like Rosita.

The thing about zip-ties is that they're cheap but also strong. You pull them tight, and they're harder to escape than from traditional nickel plated cuffs. You have two choice, cut them or dislocate your thumps. Third, putting a shim under the lip is workable, but if you can get that done, why can't you cut them as well?

That's what she did to Gabriel and Rosita, before the jumped off and left her to deal with the snoozing trooper waking up and inconsequently killing the driver. If his buddy would have worn seatbelt, he could have survived the crash and done something to prevent Maggie from getting her hands on weapons.

I just don't get why she couldn't get that shottie? It's not like it was locked and secured, or than that is the only time in the Hollywood that has happened.

Once clear, Gabriel wasn't happy on following the convoy. He wanted to escape, because nothing good could be achieved by saving his flock. Rosita couldn't. Maggie's biggest problem was one of the turned kids, that she'd known once upon time and just like back in the season 1, she'd a problem on putting him down.

Was that her boy? 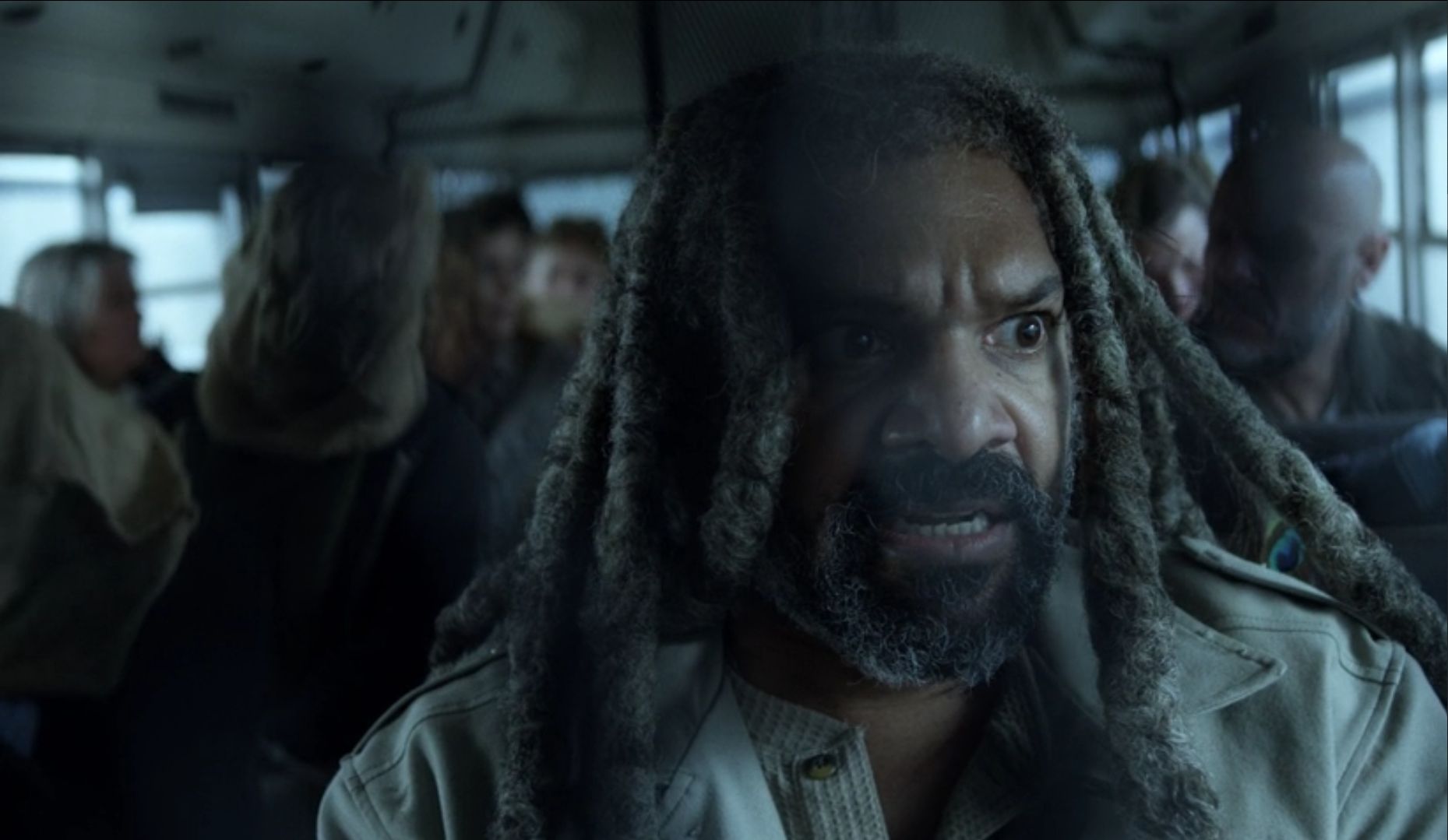 Prison bus with all sorts of people, not just from the Ricknation. How they were drugged at the same time? An injection was mentioned, but was the dosage calculated for each person, because universal one shot isn't a plausible option for all of them. It only works on paper, not in the practice, because people are all different. Some people take way more than others, and then there is the metabolism.

The concentration camp commander wasn't happy on receiving new people. You couldn't see the enthusiasm on his face, or hear it in his voice as he said, "Today is the first day of a new beginning. The world works when everyone knows their place. Your place is at the bottom."

He called the camp as one where the Old World gets back, and to make them comply, the children had been taken away. So why is that he's against the child labour, when the nazis weren't?

Their job, clearing the train tracks for the supply train to pass through.

Ezekiel wasn't happy that he ended in the same camp as the Saviour King, Neegan. One was still in anger over everything that happened over the years. Neegan suggested that the Old King keeps their people alive with the hope, because he was unable to rule the situation with the fear.

I don't get how Neegan is going to give the spark for Ezekiel's hope. 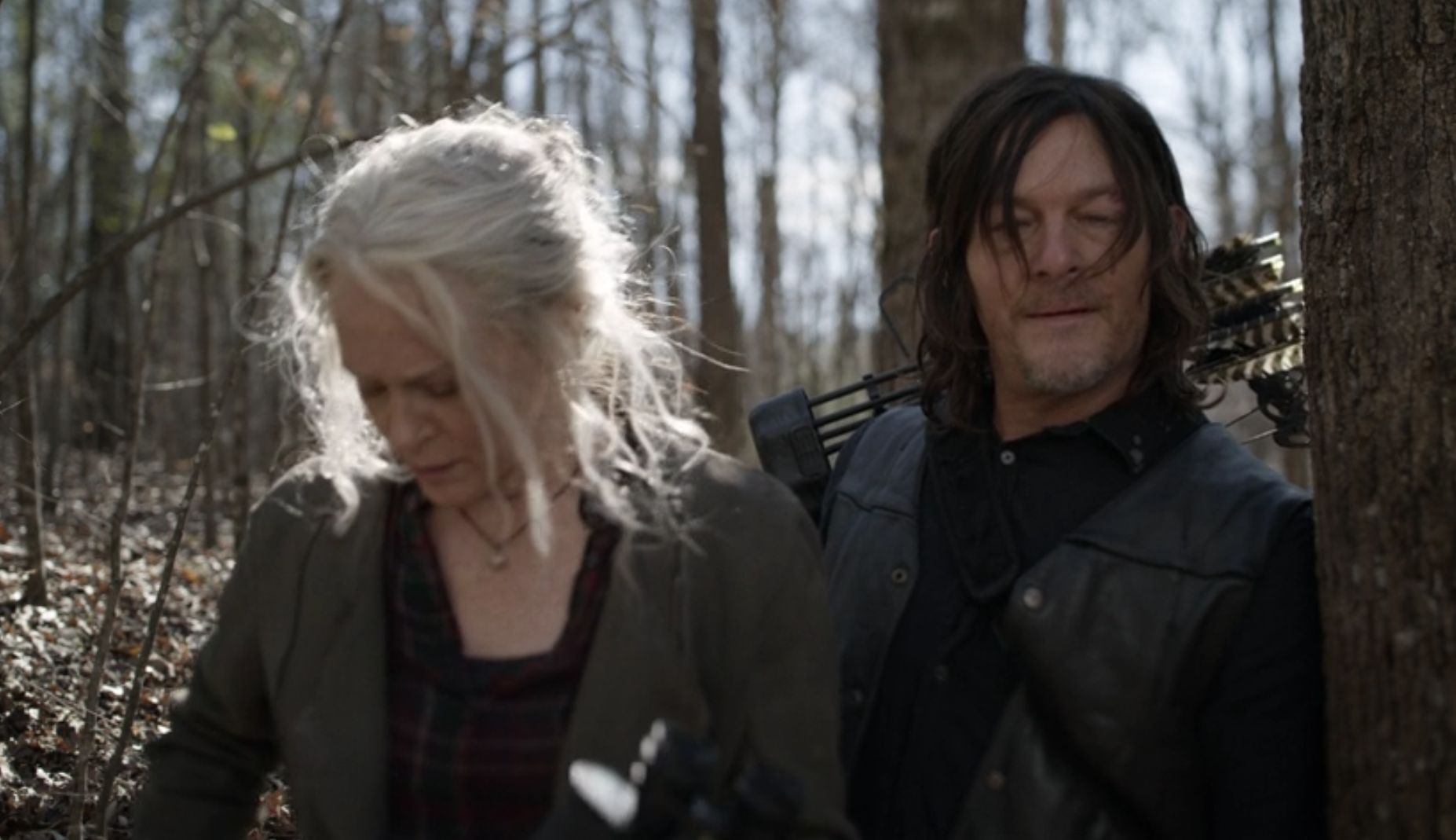 Just checking the train. They'd six people guarding it. The pair, brand spanking new jeep. Carol wasn't happy to go along with the high jacking the thing. She wanted to find the kids and forget their people, because there was no way for all of them to survive.

It was nice that she could offer a comforting shoulder to Maggie once they came up to the scene. Carol suggested that Pamela was scared of them and that's why everyone were captured and the kids separated. Then somehow they all managed to find the same location, ahead of the supply train.

The biggest twist in the meeting was the fallen trooper, telling that "the Designation 2 was a far away place," that set Daryl to look for Connie. It is an obvious lead to his own story on the other side of the Atlantic.

Is the Commonwealth connected to the Helicopter People?

Only it didn't happen as the group were able to high jack the train and win the fight, saving Connie and then losing a trooper, that took off on a bike, trying to think that he was going to outrun our chopper boy in his own game. Overall, it was a satisfactory show. Especially, when the train driver took the ultimate option. What do you think, how easy it is to drive a diesel engine without training and the internet?

Not that it mattered, because they were able to spoof the control and get to know that all their people had been taken back to Alexandria.

How is this going to end?

But then Eugene (Josh McDermitt) caused the accidental death of Sebastian Milton (Teo Rapp-Olsson), which caused Governor Pamela Milton (Laila Robins) to disappear Eugene's friends from the Commonwealth, which caused Ezekiel to be exiled as a labor camp worker alongside the person he hates most: former Savior leader Negan (Jeffrey Dean Morgan).

It's a journey that has given Payton little reason to smile.

"No, I'm not satisfied at all. I wish that — there are so many places and situations that I would've loved to explore," the King Ezekiel actor told Insider when asked if he's "satisfied" with his character's journey through the final episodes. "But that's one of the things that happens when you have a show that has this many dynamic and interesting characters. 48 minutes or, sometimes, over an hour-long episode just isn't enough."

Payton added: "These characters are beautifully constructed. I think the strength of the show is that these characters are nuanced, interesting, and there's so many of them that you just can't get it all in. I am very sorry to say goodbye to Ezekiel and I cross my fingers and hope that maybe sometime down the road, we could tell the story of how Ezekiel came to be a king or something."
Click to expand... 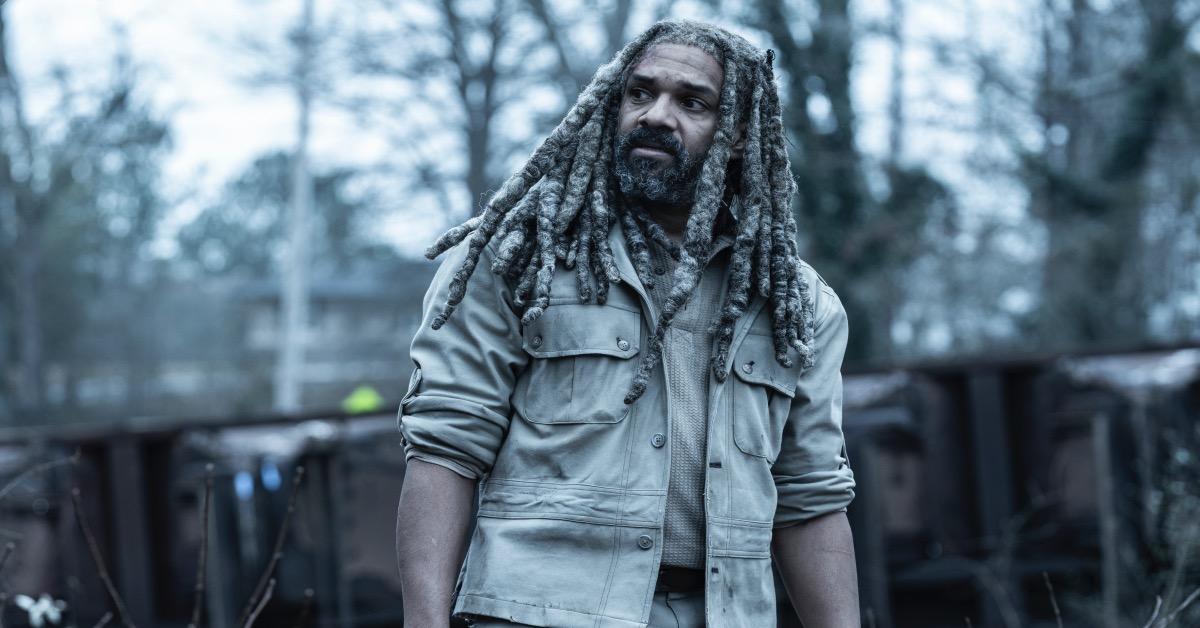 Warning: this story contains spoilers for Sunday's 'Outpost 22' episode of The Walking Dead. 'And [...]

Eleven, interesting. There’s an episode where they’re in this farming outpost, and they have to sort of .. shoot the zombies through the head. Buuut, there’s a little girl missing, of the farming couple, as depicted in that painting by.. Picasso?
Anyway, the find the girl, they lost her while they were caught in a pileup of cars. I think the protagonist left some dynamite in his car. Hard to recall.

ctg said:
...[we] get to know that all their people had been taken back to Alexandria.

How is this going to end?
Click to expand...

Aren't there tunnels under Alexandria? Only the former Alexandrians would know about them and how to use them.

Were we meant to be extremely surprised that "Outpost 22" is Alexandria? I'm more surprised their are 21 other outposts.

we have two more episodes to go
Click to expand...