Daryl and Carol search for their disappeared friends.
Click to expand...

Commonwealth in my eyes were a rare gem, an experiment ran on Kirkman's world, where the Old World tried its best to keep up with the Dead. It should not have been possible, but somehow they managed to make it with 50 000 people through the hardest times in the Zombie Apocalypse. Yet, they've failed.

The whole thing that they managed to build is so cocked-up that it's quite unbelievable. It is almost as if everything that once was has to burn, because everything that comes from the Old World is ruined with corruption in the power structures. To be honest, Rick was part of that same philosophy and after his capture by the helicopter people Ricknation calmed down and had some prosperous times... until Maggie came back. And Dr Evil fell in love... 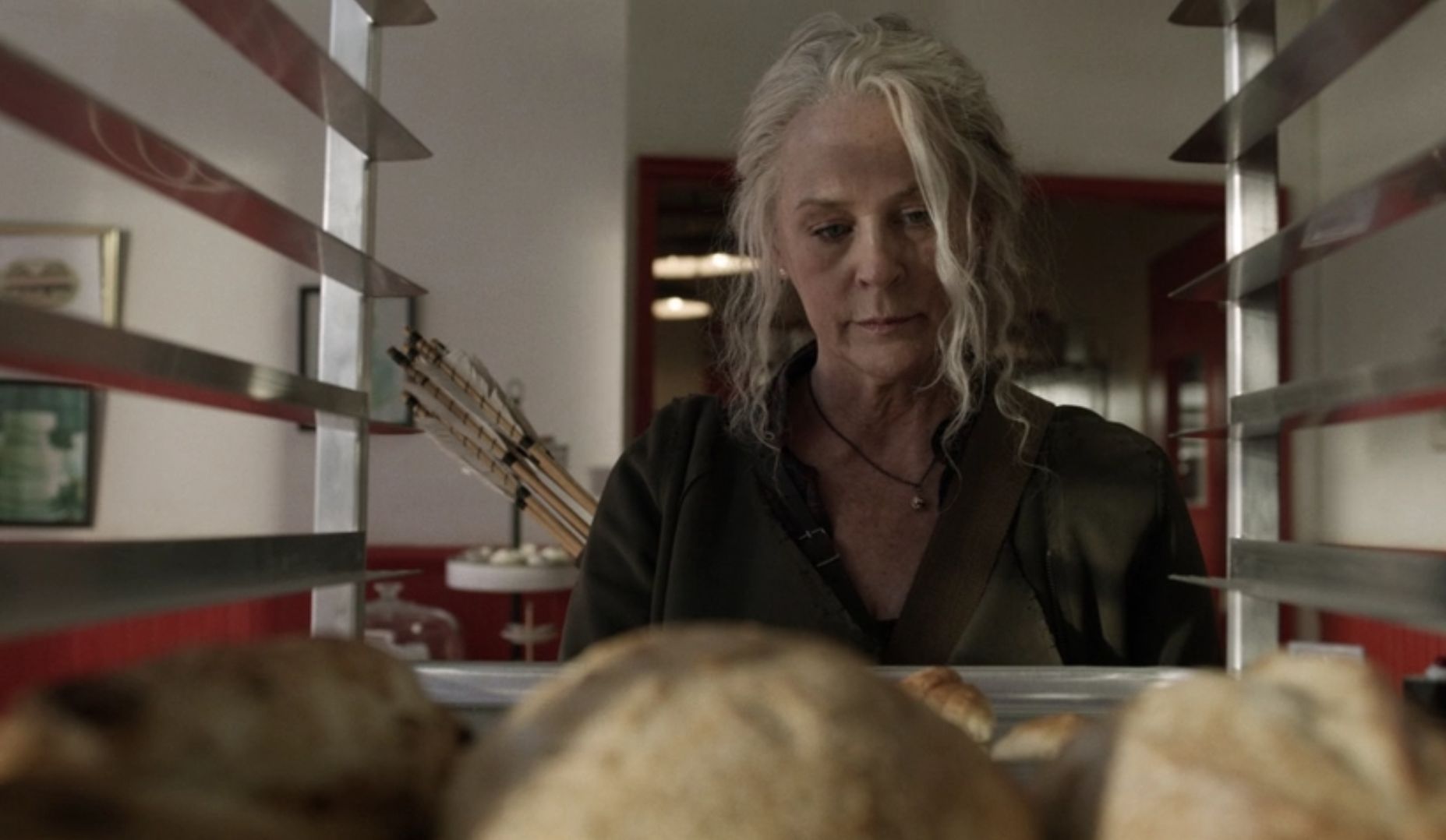 Nicking some buns before heading back to Rickland was just so typical Carol. She has always thought what might bring smiles, before the other business. The one where Carol meets Jack and shows there is no escape, even though they tried to capture her. I strongly believe that she learned to control the psychotic side and she doesn't want to let the scary mum out, unless she has to.

I admired how easily she avoided the patrols on her way to get Daryl. I wondered would she deal with the Dead first and then help Daryl, but it was the opposite, and she made no gesture to help the strangler. Well done from old lady for acting on her impulses. Daryl did the opposite as he finished the Dead first and strangler second. 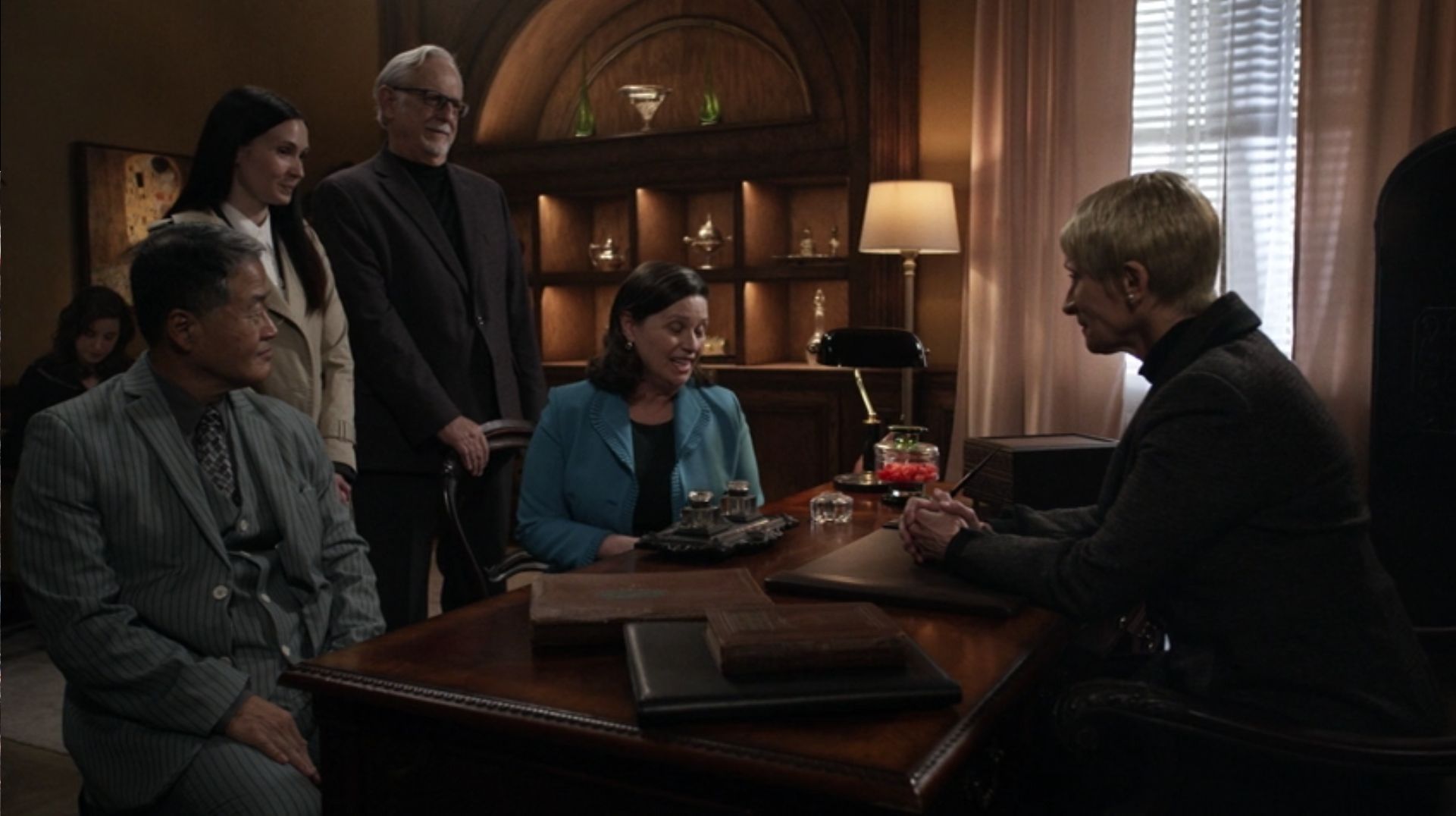 The Rich Club. I am honestly expecting them trying to flee, but getting trapped when the Dead arrive. Pamela might see them as the supporters she needs, even thought the only thing she really needs is the militia. She needs to be like the original Governor or to drop the whole act and admit that the Commonwealth is effed with her people on charge.

When Yumiko marched into her office, she only played politics. All so that Eugene will be prosecuted in already determined show that they'll try to call as a trial. Her brother suggested that "...giving her what she wants might be the best thing." As if it was ever going to work on the major TWD character being threatened.

"What choice do you have?" He asked. "Sunlight it supposed to be the best disinfectant, right?! But Pamela is still standing. What does that tell you? There isn't just some kind of justice waiting around the corner."

"You can just accept that?"

"It's not acceptance," the brother huffed. "It's survival."

Man, let the Old World burn, I'd say, if it cannot be salvaged. It's just in TWD's history nothing that has been truly good has lasted, and therefore I suspect the Commonwealth isn't going to last either, because inherently it's bad for its people.

She was passing press releases about "transparent and open" transition, when the news about son's final passing reached her. After finding Hornsby's coin on top of Sebastian split open skull she was fully letting out some steam. All while Dr Evil felt that his sacrifice would have to mean something for the greater good. 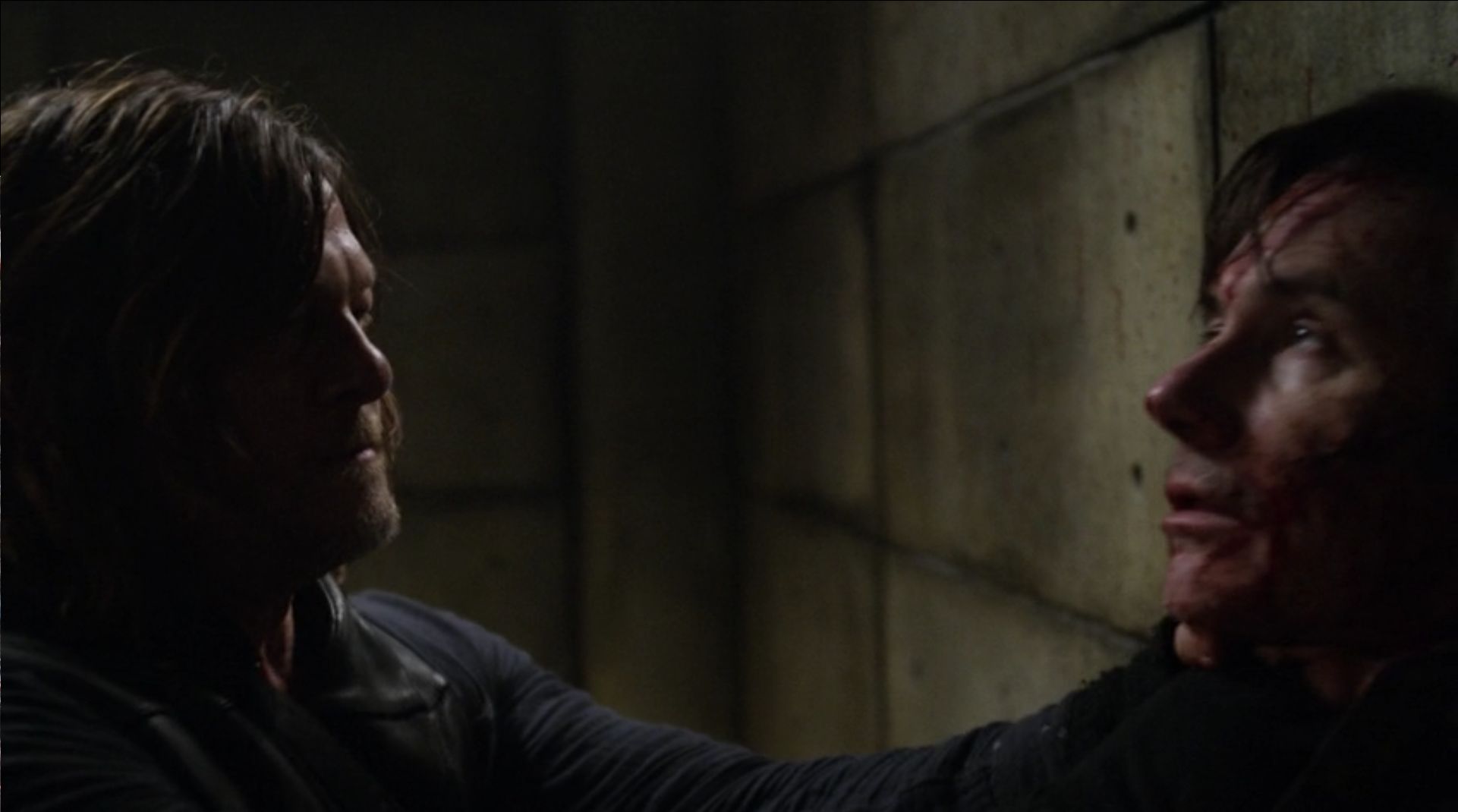 I liked that Carol played the extra bad cop routine after Daryl roughed up Hornsby's in his style. I was certain that she was going to stab him in the eye, when the traumatized geezer couldn't say anything to save his life. Yet, somehow, he managed to pull to cork out of his bottom and come back to the real world. But I don't get why Daryl couldn't cut the biomonitor off from his leg.

It surprised me more that the troopers coming to the scene from the rear couldn't score even a scratch, even though they had the best angle. Instead, it was a story shield time for both sides ... until the stormies managed to find Carol's and Hornby's hide at the Commonwealth territory.

Lance claimed that he was worried over Daryl, "because it's hard to find someone like that, that you'd do anything for. I felt that way about Pamela once. Thought I could make her feel same about me. By helping her build the Commonwealth, run it, letting her take all the credit."

He's so thirsty for the power. It made me wish that Carol would have ended him at that point and gone back to save the ruffian, Carol style. But no, instead she willing listened to man babbling about taking over the ruins and running it, as if nothing had happened until he popped out the "Will you let the Commonwealth burn?"

"It's not my problem," Carol huffed.

"Sure." Hornsby grinned. "If you want to leave all this behind, I get it. Me too. But what about the kids, are you going to deny them for the kind of life we took for granted? Doesn't the next generation deserve better than the one before? Otherwise, what's the point?"

The argument is in the style of survival, the one that can be accepted and the other, more fascist rule that we've seen presented in the apocalypse survivors for far too many times. He made a good example about that for nothing helping Carol when they were caught by the Dead. And then by the Commonwealth.

That man is so useless. It would have done good if they'd have left him rot in his cell. There's nothing good that comes from that traitor. "A supply train," is just another pipe dream. I was certain of it. That's where they gave him ultimatum, even a chance to run.

Couldn't take it. I was glad that Carol put him down and left him to turn. 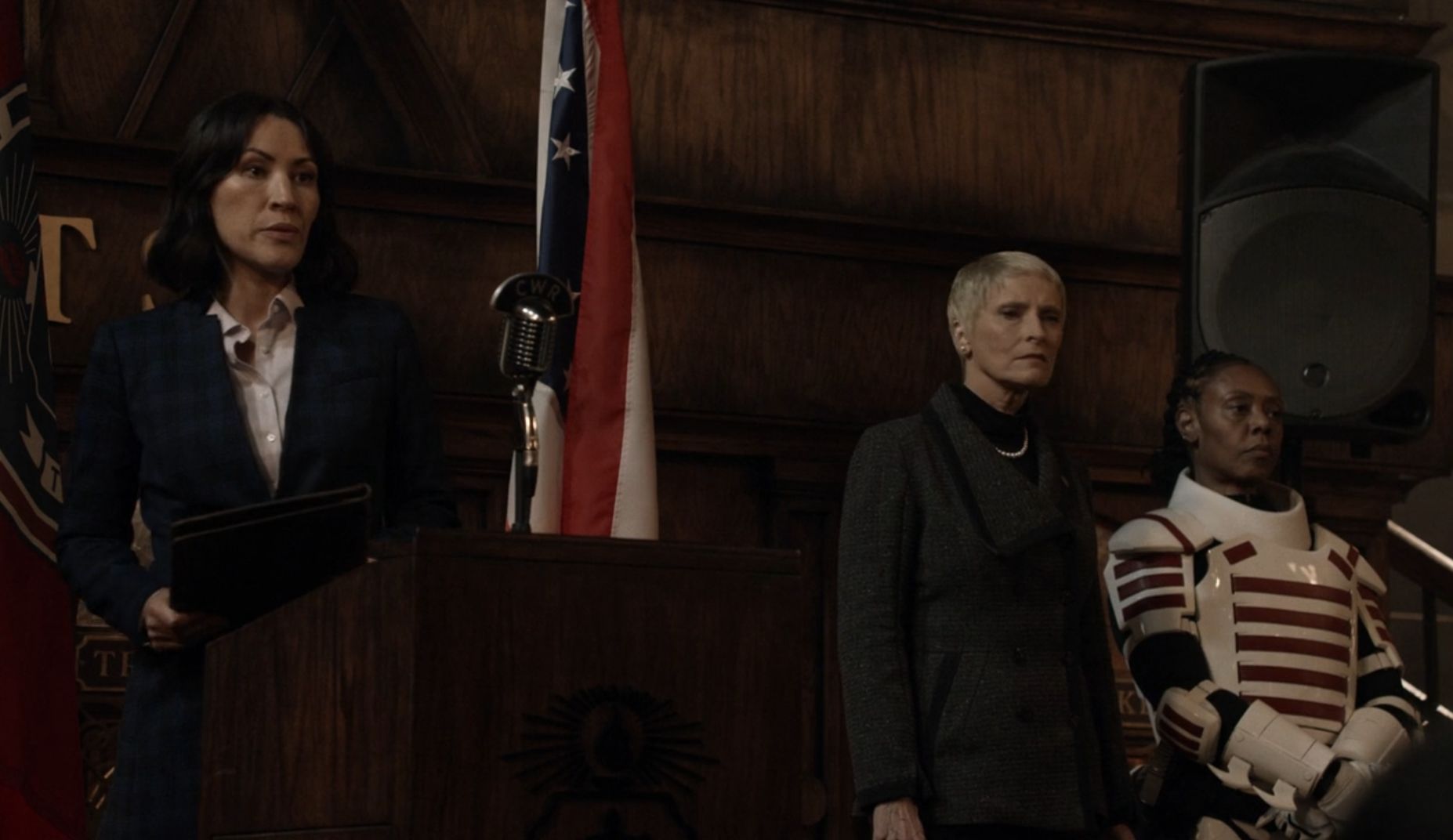 The Commonwealth vs Dr Evil. An example of sham court. She was reading the lines until she brought up her brother, Tomi as someone who she hold in high regards, before she announced her "defence for Eugene Porter."

Man that put a big smile on my face, especially as she continued by saying, "Who has been wrongly and unjustly accused by Pamela Milton and the Commonwealth."
Last edited: Oct 25, 2022