What is the situation with Amazon and other online digital book publishers?

So I've been coming across more and more tales on line about people self publishing books through Amazon, and it's starting to sound like a nightmare.

The big issue is that it appears Amazon has a really helpful returns policy that other online publishers don't seem to share. And people seem to be abusing it and returning digital copies of books rather quickly. But these doesn't seem to be the case with other online publishers. So has anyone tried going the online route and had this experience? Has it made people swear off using Amazon?

Another thing I've found out about recently is that Amazon has a feature to report errors with digital books. Which seems to be implemented rather heavy handidly with threats that if the corrections aren't made the book will be pulled. Which does seem harsh when it's literally just one or two errors like a spelling error. But it appears some people are using the report feature to report stylistic choices they don't like about the presentation. Which seems odd for Amazon to be enforcing.

So has anyone any first hand experience with these issues at all?

Published with Amazon, no issue with either but I know others have complained about it, especially the feedback one.

Lady of the Rings (chainmaille rings that is)

I published with Amazon and, though I've heard of people having both of those issues, I've never experience either myself. Some authors are having a big issue with the returns, but, for most, it seems to be just a handful of returns here and there. Annoying nonetheless, but I think the more that people talk about it on TicToc (where a lot of this discussion seems to be talking place), the worse they're making it as they're just making more people aware that they can actually do this. I know a few authors that have had readers use the report function for minor grammatical errors and, yeah, it was a mad scramble for them to get them fixed and the book updated so that Amazon didn't pull it. They were super annoyed about it, but I don't think it's that widespread an issue. It's also still going to be an issue even if you go wide with an ebook and don't publish directly through Amazon, however, if you skip Amazon entirely, you'll be cutting out a huge chunk of the ebook market.

I have yet to encounter any of these reported problems. I have four books published on Amazon, with more on the way.

I have technically 4 novels published on Amazon and have not had any problems.
I have 6 books listed because of compilation of trilogies.

I have--for the ebooks--gone through the setup and then thoroughly checked the final through their features and purchased a copy afterwards when published and gone through it thoroughly to try to catch all style-formatting--and grammar problems. Though I am certain that I haven't caught everything, I feel I've done enough to be confident that it's less likely to have problems.

In the same way my printed--paper--editions are thoroughly edited.
By this I mean that I get review copies before publishing. I go over these thoroughly for any style-formatting-grammar issues. And reissue if there are any and then do this over until I haven't found any errors. Once again I am confident that all issues that I am aware of are covered. 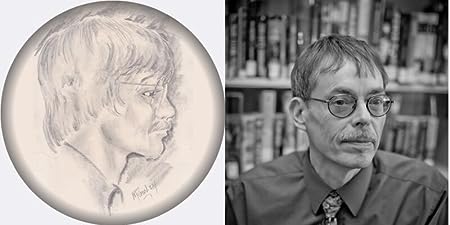