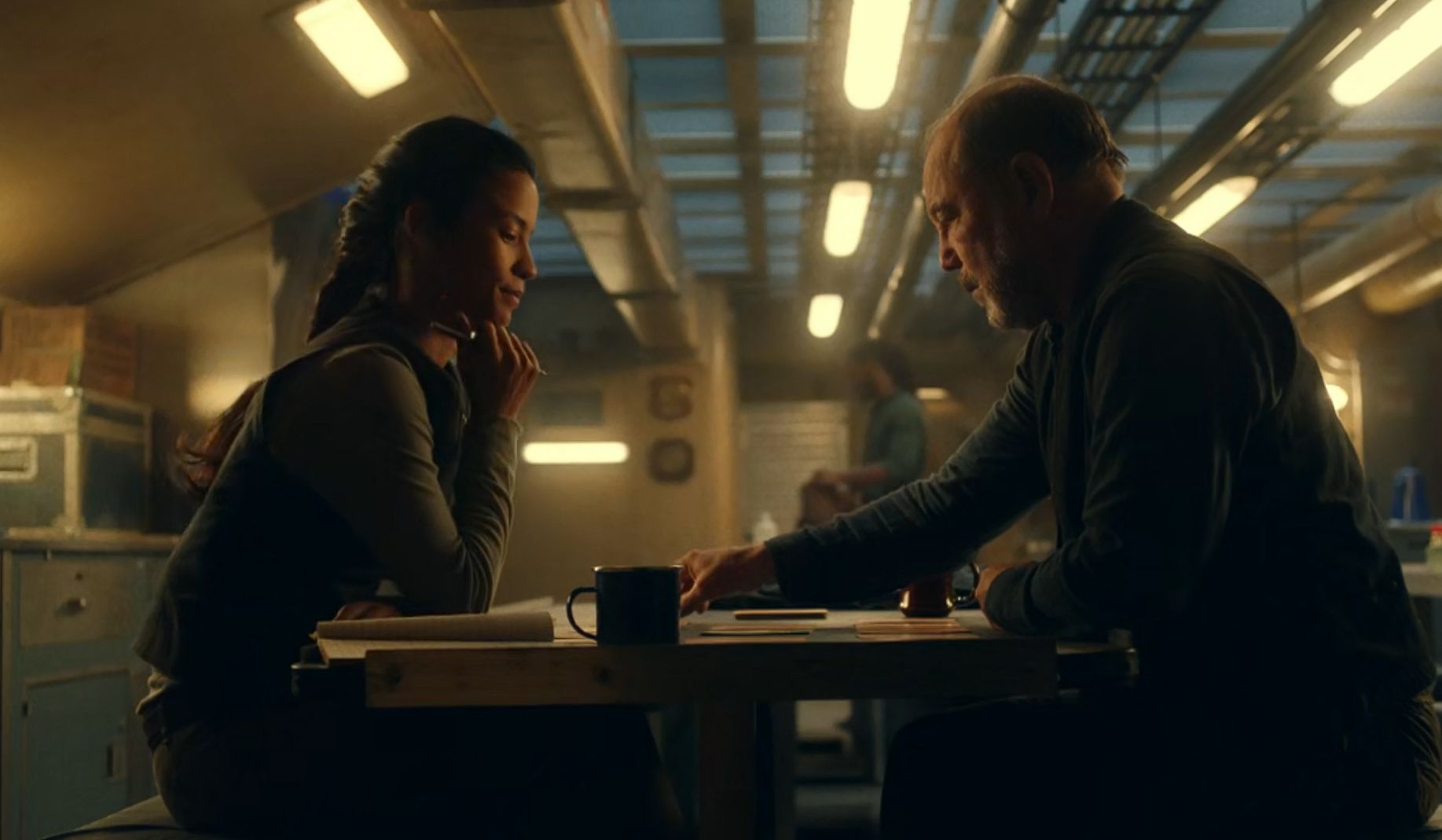 Luciana and Wes test the limits of their patience when Daniel's worsening mental state ends up endangering them all.
Click to expand...

I don't know, should I feel sorry for Daniel having old man problems. I'm not even certain that he should be out and about from the padded cell, when last time he got a chance to do things, he almost blew everyone away. Out of all main characters in both main series, he is the one that has been most mentally challenged. All the others are much milder cases.

Daniel, in his senility, is a tough case. And it didn't surprise me that he identified Luziana as Ofelia. His brain has rewired itself, and there's no easy way out from the maze of craziness. It made me feel so sorry for him, and also it made to think that maybe death would be a relief to him.

I know that it might sound scary coming from a former carer. Thing is, I'm thinking of him and the quality of the life that he can have in a landlocked nuclear submarine. It's not a great deal, but at least the place is keeping his mind busy. So the chances are that he might make a partial recovery ... eventually, because the other choice is one day he's completely lost. 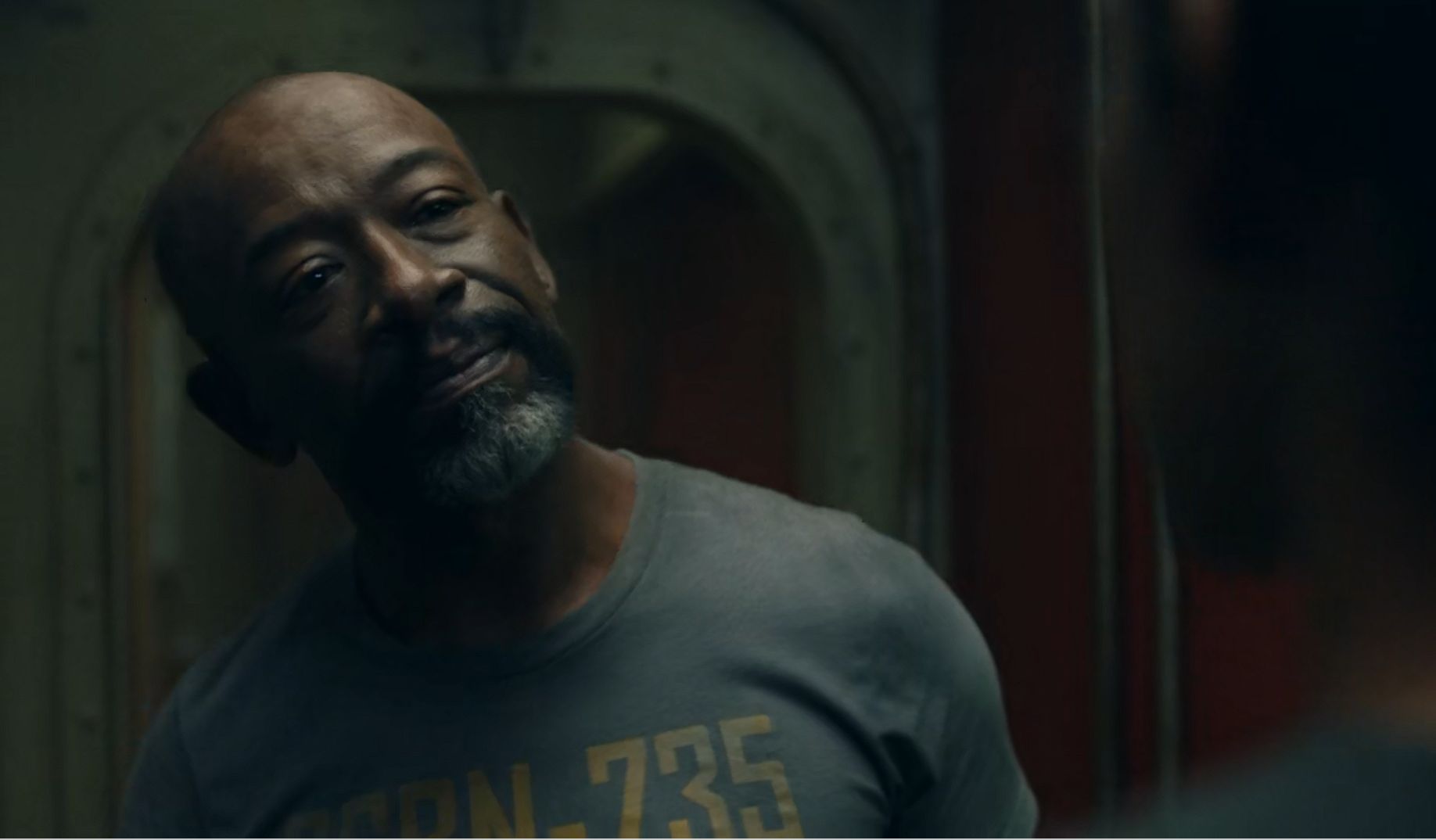 Morgan and the submarine. It's like a man and his car, only his car is the sub. A nuclear-powered sub that ain't going to go anywhere, for a long, long time.

As a side-note, it's curious that AMC released a TV movie showing how that sub feel in the first days. The quality of it is Fear quality and I classed it as a B-movie, and in the movie, the submarine prop looked super awful, while in the series, it actually looks like the real one.

Morgan's cunning plan was to use Juliana to fix Daniel's head, and then release him at the Victor tower, assuming that everything is going to go well, because he has such a solid track record. [/sarcasm]

Only problem, the old man did the usual thing, and he got lost, like so many other senile patients before him. 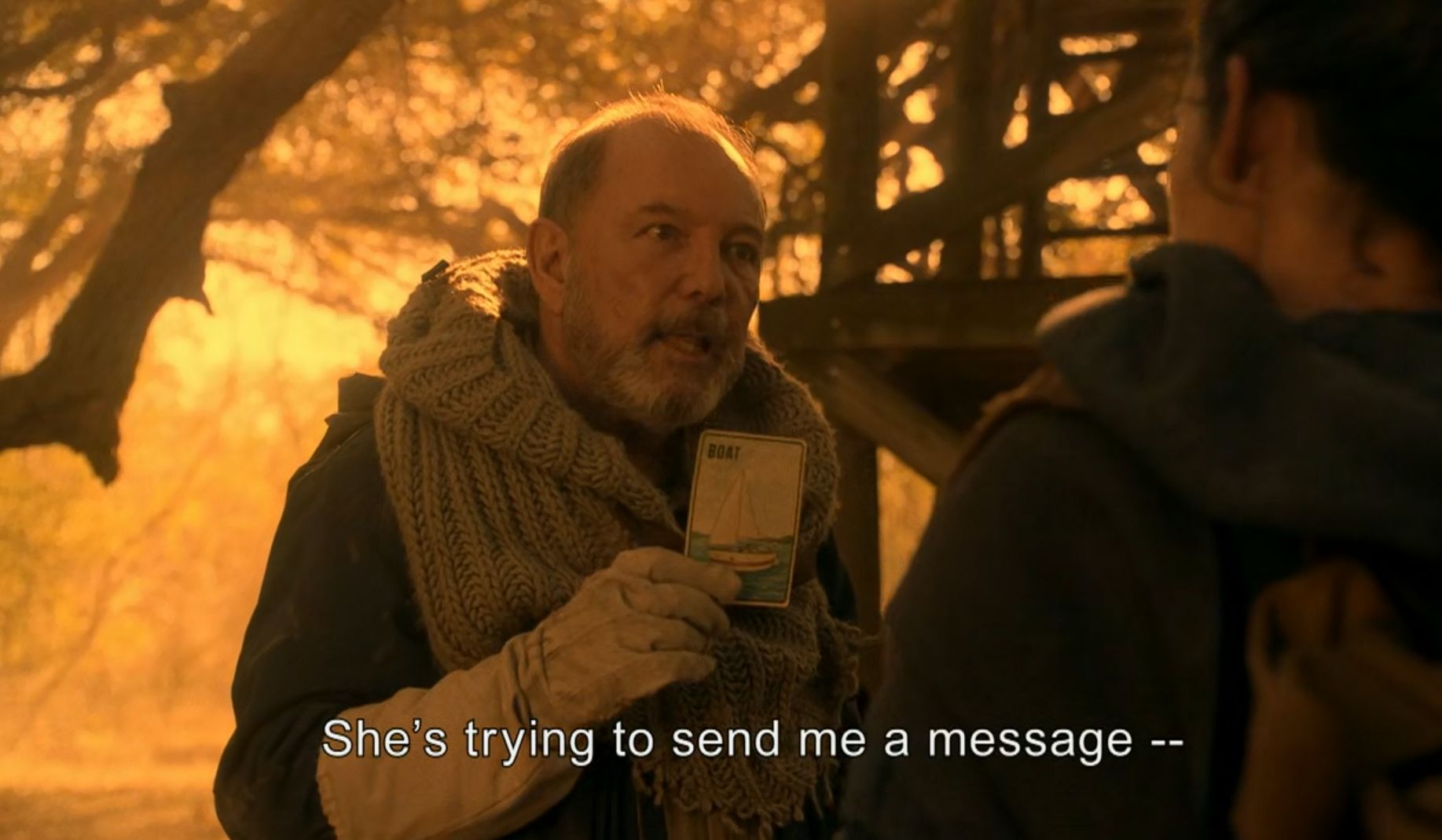 "They all do, Daniel, they all do. Now, be a good boy and wear this shiny foil hat, before bad things happen. I promise it'll make all of us feel better. Much better."

He also isn't the first patient, who has got so fixated on the illusionary thing. Luciana told him that she's properly dead, but Daniel insisted that he'd left her in the boat.

Only the boat he got themselves into was Arno's boat graveyard. His base and, for some reason, Daniel invented Ofelia's boat in there. Boarded up and abandoned at the side.

I felt so sorry for Luciana having to care of the old man and his illusions. And just like me, she stuck to him almost as if they'd - figuratively speaking - been clued to each other. She said, "I don't want to lose you again," like any other carer. It's the only way, but like any other patient, Daniel made his best on making the life so freaking difficult.

It surprised me that he made Ofelia as his "safety blanket," and by thinking of her, Daniel could focus his mind and be the mean b*stard, CIA trained intelligence officer. But I didn't like that he were shouting out their plans, when they got back in the cell.

I liked that he were able to act his plan, and I started to giggle, when Daniel blamed all of them as liars when he realized that Ofelia wasn't in the boat. He has lost so many marbles that I'm not sure his bag is even half full.

It is a wonder of how he manages to be so lethal and able to commit all sorts of things, despite his mental flaws. I know training can make skills as reflex memories, but being super cunning at the same time, isn't the same. Senile patients cannot do that. They think they're clever, but they aren't, and it's obvious on the things they do. Daniel, however, is a completely different beast. 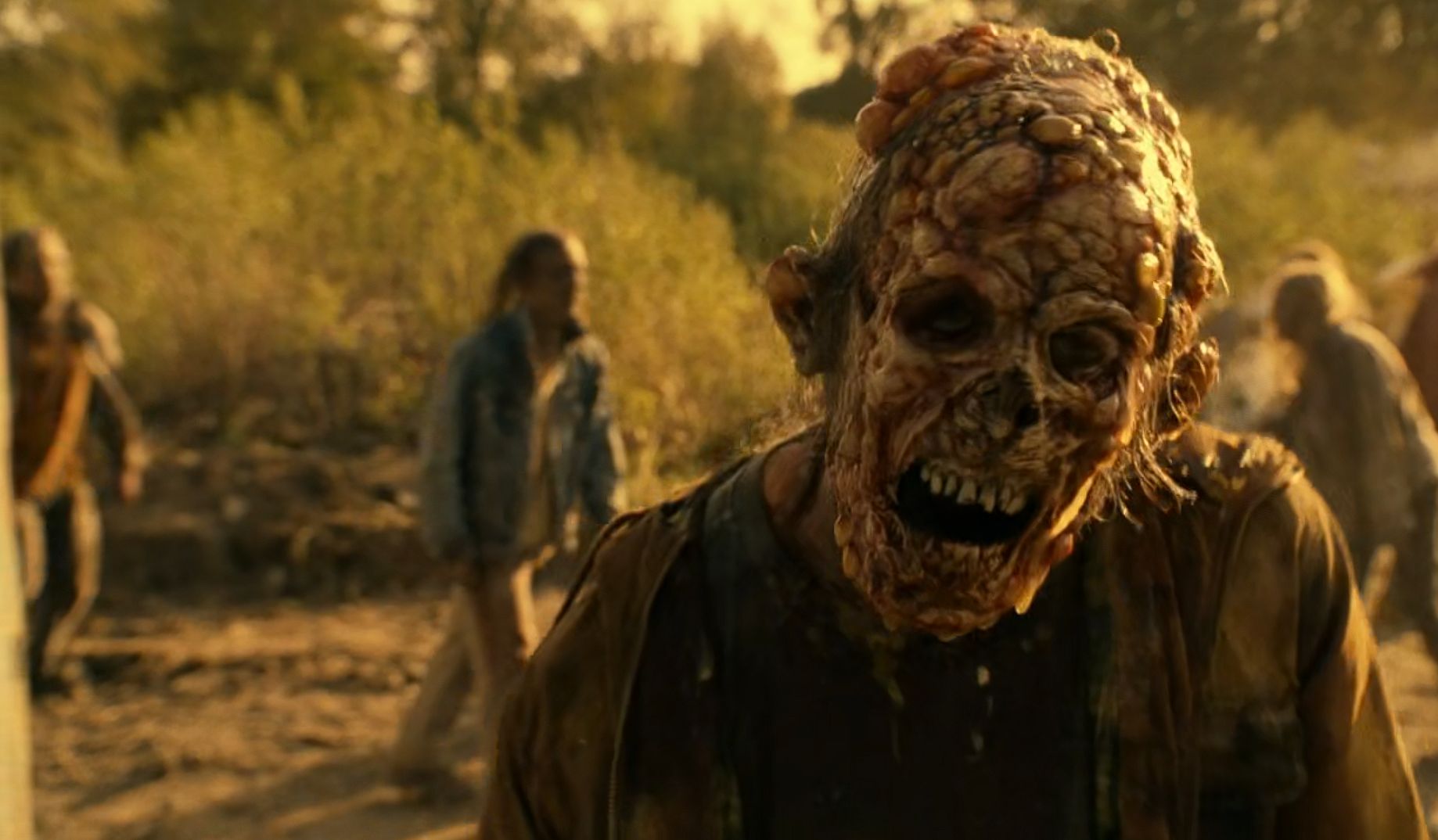 His eyes are blind, and the eyelids are drooping halfway over them, while the rest of the skin shows that he's suffering from acute radiation poisoning. We saw in the last episode one that had glowing pustules, but this one is the same. It is clear that he got cooked, but the curious thing is that the strong radiation didn't kill the virus. Instead, it made him a bit more alive, because those pustules need time to grow as they are cell mutations.

Having him wandering around Arno's camp is a serious thing, because that radiation has gathered inside him and other ones like him. And it doesn't go away by killing them. 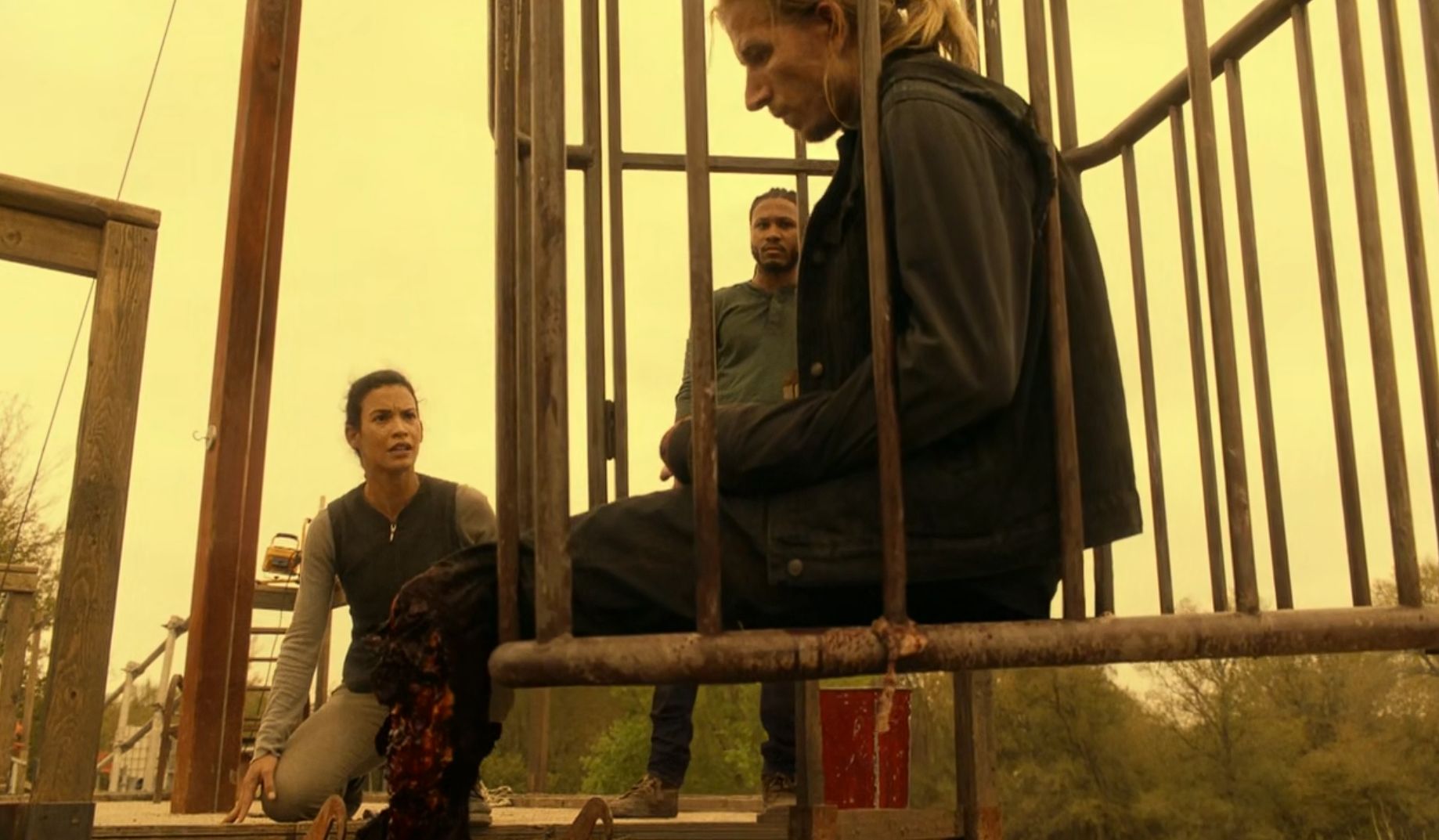 Karma is a bitch. It comes around when you least expect it, and that ending was a right thing for Arno. He was a mean man, even at his dying moments. But he found decency to pass on the information on the Pit zombies.

Who is letting them out from the Pit?

As a carer, Luciana found a way to forgive Daniel his atrocities. And raise up as a leader to take on Arno's people. I liked that she lied to the old man, in order for them to get inside the Victor Tower. But because of it, Wes bowed out on all of it and turned his coat.

I liked this episode. It felt much better than the last one.
Last edited: May 3, 2022

The plotted assault on Strand Tower gained momentum in this round, but I've got to question the average IQ of the new recruits.

Arno, their dedicated leader, is painfully killed by members of the hated group who led them astray. The surviving Stalkers, however, seem to have little difficulty in accepting that development and promptly join the offending group.

Is this a case of choosing quantity over quality? I question how much faith can be put in such easily transferred loyalties.

Apparently, Stalkers can forgive being fooled once. Taking the tower does seem like a less foolhardy mission than following a dead senator to the promised land. Things are looking up.

Of greater interest here was Luciana's reluctant manipulation of the increasingly demented Daniel. If the only way to bring Daniel's deadly set of skills into focus is to dangle the Ofelia carrot, I would say that the means justify the end.
A Berg's Eye View
"Humor (Humour) for the Meme Streets"

Morally as a carer I'd feel super bad on taking advantage of a patient.

ctg said:
I liked this episode. It felt much better than the last one.
Click to expand...

This is the best episode for quite some time. Still doesn't explain where Strand has gone though.

REBerg said:
I've got to question the average IQ of the new recruits.
Click to expand...

REBerg said:
Apparently, Stalkers can forgive being fooled once. Taking the tower does seem like a less foolhardy mission than following a dead senator to the promised land. Things are looking up.
Click to expand...

Has it been explained why it is so important to take the Tower? All the fortresses that have been built in TWD. FTWD, and TWD:WB have all come tumbling down eventually. Every single one of them! Strand's "tower" is not built upon stone foundations, but only works by constant "fear" and it will also fall eventually. What those people really need to do is to get away from this wasteland as soon as possible. I just don't understand why they want to get inside the tower to eat cans of tinned Haggis, Creamed Possum, Pork Brains and Armadillo, and to drink contaminated water, and breath contaminated air. Maybe they have been made so many promises that they cannot tell the truth any more than Daniel can?

Finally got my head in place to catch up.
That was better. Daniel, I'm not sure he's senile, mentally disturbed, yes, his reflexes and killer instinct are still very much intact.
Arno did think he'd have last longer, fitting end.
Luciana, she cares a great deal about him, felt a little like Wes did when she lied to him about Ofelia.
Thought he was going to wander off into the sunset not go to the tower.
You must log in or register to reply here.
Share:
Facebook Twitter Reddit Pinterest Tumblr WhatsApp Email Share Link