I'm trying to plough through The City of Brass by SA Chakraborty and The Mountains of Madness by HP Lovecraft, and not succeeding very well with either.

Just finished the recently published Brittle with Relics: A History of Wales, 1962–97 by Richard King. Yes, I know, this is a bit niche.

This is how a history book should be written. It explores the background building up to the referendum which lead to the formation of the Welsh Senedd and Welsh Government. Each chapter has some very brief scene-setting, but the bulk of it is oral history from a large number of people (some quite famous) involved in aspects of the period: the Welsh language movement, the Aberfan disaster, the Miner's Strike, Welsh pop music, etc. It is funny and opinionated and very engaging.
Highly recommended for the 0.0001% of Chronners who might be interested in this sort of thing.
M

I'm nearing the end of a Victoria Goddard splurge - as in over the last month I've read pretty much everything she has written. I'm on the second last of the Empire books, with a new release to follow. She puts me in mind a little bit of Lois McMaster Bujold - in part for the way the Vorkosigan saga varies from book to book, from military sci fi, to mystery, to romantic comedy - and in part for the character of Cazaril in the Five Gods books who is a decent soul working to better the world.

Literary fantasy for those who like deep characters, glorious friendships, and both swashbuckling adventure and what happens afterwards.
www.victoriagoddard.ca
She writes fantasy that is about people, friendships, family - and adventures. She has come up with the concept of an Empire with multiple conquered worlds held together by "Schooled Magic" with engineer mages to bind it all together, and wild magic disapproved of. And then she breaks it. On her website she gives the reading order of her books as she intends - and the chronological reading order if you prefer that. The books span several worlds, several styles, and are both before and after "the Fall".
I started with Hands of the Emperor which was wonderful - a long and complicated book about Cliopher the Emperor's personal secretary and head of the civil service and how he is both devoted to his Emperor (who is revered as a god, is the centre of the system of magic that binds the Empire together, and is rather confined and lonely) and how Cliopher is also a dedicated reformist, trying to improve the worlds with fair government, grants and engineering projects.
There is a direct sequel to that - The Return of Fitzroy Angursell - which in tone is a fantasy quest, with a lovely twist and humour to it - Fitzroy sets out on the quest on a borrowed bicycle. Fitzroy is a name of legend as it was/is a poet, adventurer, song writer who was part of the Red Company, and most of whose songs are popular, well known and banned for being seditious. Fitzroy is entwined through all the books.
Then there is a prequel - Petty Treasons - a novella on how Cliopher became the secretary to the Emperor - from the Emperor's viewpoint this time - definitely better read after "Hands" I think.
Then there is Portrait of a Wide Seas Islander - a novella from the viewpoint of Cliopher's uncle and mentor, who comes to visit him at court in "Hands".
Then there is the Dart and Greenwing series which are a mystery/puzzle series set in an 18th century sort of world - plus magic - in the really quiet town of Ragnor Bella. They are amusing - different in tone from Hands, but still have the underlying interest in friends and community - for good and ill.
And finally there are the Ysthar books - one of the other worlds in the Empire which are a bit like the UK, being set so far in the centre of London with some magic.
She also has a couple of standalones I've not read yet.

I really admire how she has interwoven her different story threads, so that you can read one series straight through, but there are interactions with other threads that are amusing. I guess Terry Pratchett did some of the same sort of thing on the Discworld - these are not Pratchettesque though she has some of the same ability to be very observant and to think things through to a conclusion.

I finally finished The Pandora Sequence and I’m glad I stuck with it. Despite struggling to get into much of the first book of the trilogy, I did begin to enjoy it about two thirds in and have enjoyed each subsequent book. Perhaps not a world changer but a competent, well written series that deals with some interesting themes.

Montero said:
"Reach for the Skies" ?
Click to expand...

Should finish up The Underground Man by Ross Macdonald early next week. I think this is my fourth reading and it holds up, a well-paced, thoughtful mystery that's doing something more in interrogating family dynamics.

Also nearing the end of a book of essays by Richard Russo (not the s.f. writer), The Destiny Thief. Russo wrote Empire Falls and Nobody's Fool. Funny guy who leverages his sense of humor to get at some things about writing and life. Worth every cent I paid for it at the dollar store. (*cough*)
M

OK not the one I read years back. I remember some amusing parts in Reach for the Sky arising from him being a bit of a free spirit/awkward s*d.
T

Randy M. said:
Also nearing the end of a book of essays by Richard Russo (not the s.f. writer), The Destiny Thief. Russo wrote Empire Falls and Nobody's Fool. Funny guy who leverages his sense of humor to get at some things about writing and life. Worth every cent I paid for it at the dollar store. (*cough*)
Click to expand...

I enjoyed Nobody's Fool when I read it many years ago, they made a movie of it that was pretty good as well.
Z

I just started Brandon Sanderson's The Hero of Ages. So far, it's pretty great. I'm hoping to finish the rest of the Mistborn Series by the end of April. I might grab a couple other books if I can. But those are my plans right now. 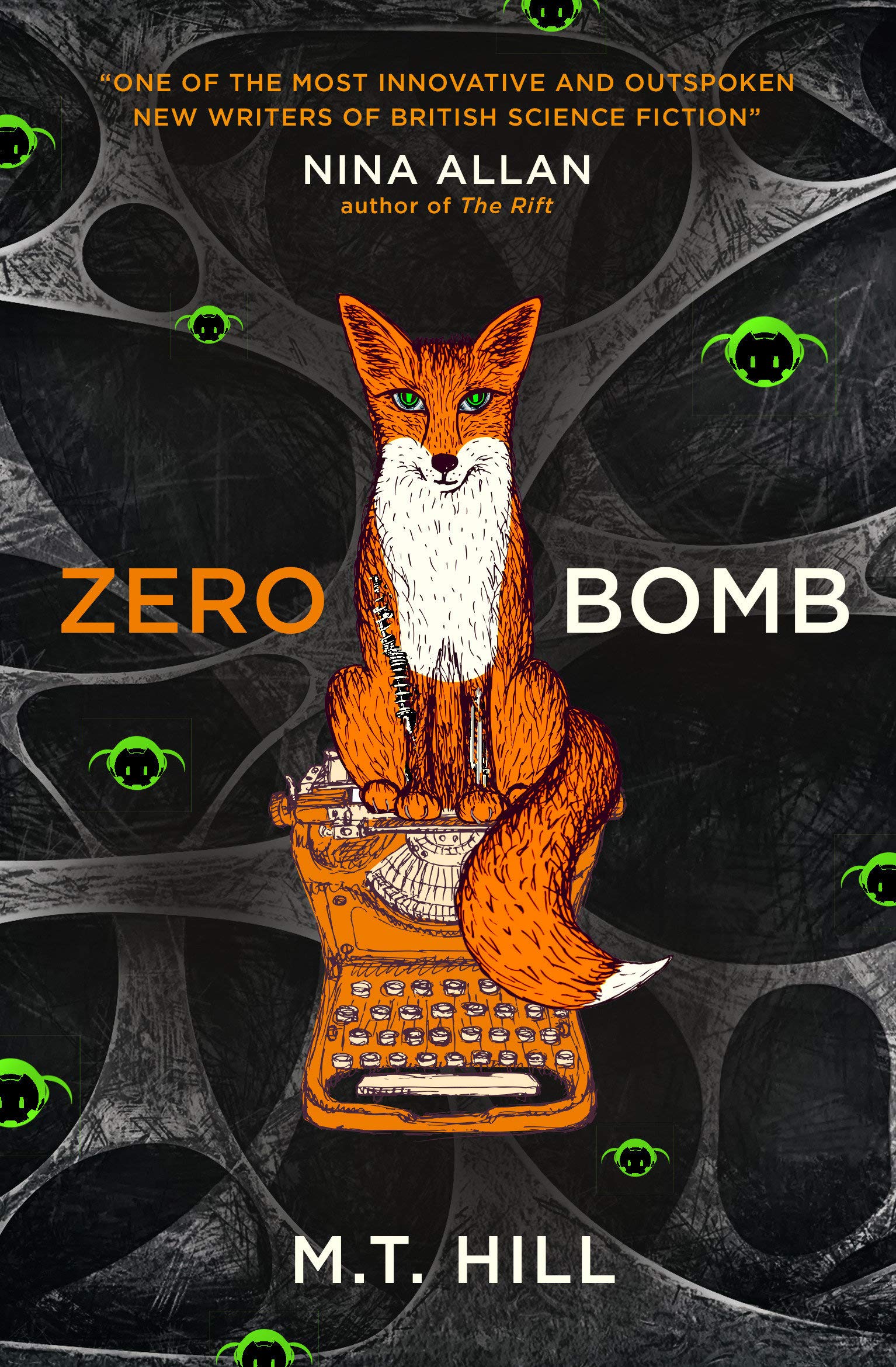 Poul Anderson "Shield" (1962)
A fast paced easy read. The Mars expedition has returned to Earth only to find themselves arrested by military security. One member manages to stay one step ahead of the authorities.
For those interested in the political ideologies/beliefs of certain individual SF writers, there's a six page change of pace, barely relevant to the story, in which the limitations of democracy are discussed, which I think probably reflects the author's own views
D 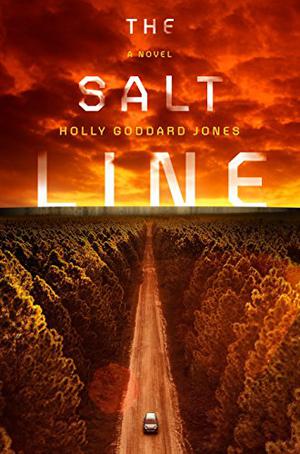 Finished The Hero of Ages, so off to Mistborn 4.

I just finished Herbert George Well's The History of Mr Polly. It's excellent, highly enjoyable, wise, and some critics have previously opined that it's the best thing he wrote. I've not read enough Wells to know if that's true, but I wouldn't be surprised. I guess by now, it being over 110 years since its publication, it can be considered a literary classic. Anyone else read it?
Starfarer SF

Bick said:
I just finished Herbert George Well's The History of Mr Polly. It's excellent, highly enjoyable, wise, and some critics have previously opined that it's the best thing he wrote. I've not read enough Wells to know if that's true, but I wouldn't be surprised. I guess by now, it being over 110 years since its publication, it can be considered a literary classic. Anyone else read it?
Click to expand...

Read it many years ago, at school. Really enjoyed it at the time.

Next up, a change of pace. Cider with Rose by Laurie Lee. Reading it out of curiosity. Anyone read it? Apparently its the first in an autobiographical trilogy

AE35Unit said:
Next up, a change of pace. Cider with Rose by Laurie Lee. Reading it out of curiosity. Anyone read it? Apparently its the first in an autobiographical trilogy
Click to expand...

Yes, and it’s terrific. I read it about 10 years ago and enjoyed it very much. I read the second autobiographical book of Lee’s (As I Walked Out One Midsomer Morning) about 30-35 years ago and loved it also. It covers his journey walking around Spain in the 20’s. The third covers his part in the War but I’ve not read it yet.
Starfarer SF