SF on TV: What’s the Greatest Single Teleplay or Episode of All Time?

Not the greatest show, but the single greatest half hour- or hour-long (or whatever) broadcast?

Any episode from the new Battlestar Galactica. IMHO.

NOAH was a conspiracy nut ... then it rained

I could say Duet from DS9, Hush from Buffy, 33 from Galactic, Maybe something from the Sopranos or even Deadwood the list of proper sci fi and genre greats goes on and on, However there were 3 episodes of the medical comedy drama Scrubs that just stand out as some of the finest TV writing for me

3rd place - My Lunch - JD encounters a recurring Patient Jill Tracy who is clearly upset and a little manic at being stood up and wants to talk, however he doesn't stay and later that day she commits suicide. JD is hard on himself that he failed a patient. Its an emotional episode that shows that whats on the surface is sometomes hiding real pain underneath and its a supeb Half hour

2nd Place - My Philosophy - Death done as a Musical, JD has a patient waiting for a transplant she is a beautiful vibrant patient and all the staff like her, JD and her have a converstion about what comes next and the patient says that she sees death as a broadway musical with all her friends singing, She eventually dies and as Dr Cox is attempting CPR the strains of Colin Hays Waiting for my real life to begin starts and we fade to curtain and she is there in the spotlight and starts to sing, the rest of the cast also sing aling its just Bautiful

1st - My Screw Up - Just a master-class is handwavium writing look here and don't see this over here while you looking at that over there. Dr Cox is real happy as today is his son Jacks first birthday and the episode follows him preparing for the event and interacting with his co workers and his best friend (and Brother in Law) Danny who is in remission from Leukaemia. In the final moments we see Dr Cox and the cast all dressed apparently going to Jacks Birthday Party, Dr Cox makes an odd comment and JD stops and asks Dr Cox "where do you think you are?", we realise that we are at Dannys funeral he never went into remission and Dr Cox had been burying his grief in fantasy

The first 18 minutes of GOT, season 6, episode 10. You know what's going to happen, yet you sit and watch spellbound, tied by a haunting score.

Little Green Men - STS9 [s4,e8]
A riff on the 1947 Roswell incident.
A great concept and one of the rare times that Quark [Armin Shimerman] got to take the lead.
I think it also showed that DS9 was not afraid to step outside the Star Trek franchise/concept once in a while.

Red Dwarf - Back to Reality 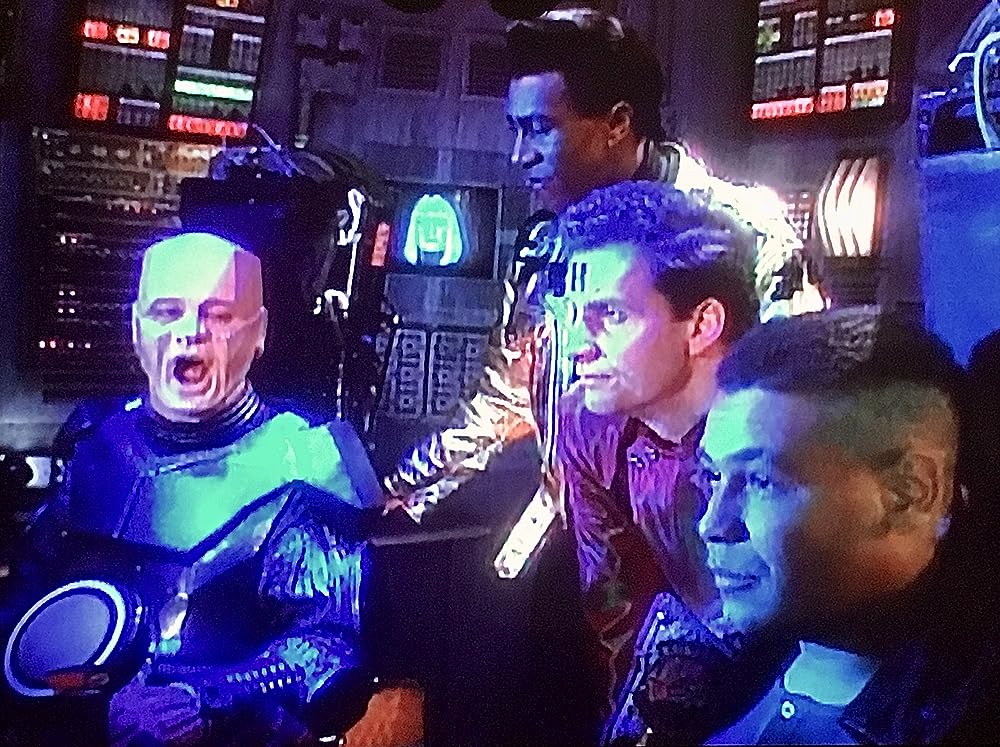 Back to Reality: Directed by Rob Grant, Juliet May, Doug Naylor. With Chris Barrie, Craig Charles, Danny John-Jules, Hattie Hayridge. The Red Dwarf investigates an ocean ship, The Esperanto, where they find the ship's crew have all committed suicide, and are attacked by a sea monster called The...

The top review says it best

User-submitted review of "Red Dwarf: Back to Reality"

Check out snoozejonc's 10/10 review of "Red Dwarf: Back to Reality"

The Preacher season 1 episode 1 takes some beating.
The first episode of the original TV series HHGTTG.
Red Dwarf, as above.
P

In the 20th century, there are two I can think of. From Star Trek: The Doomsday Machine. From Star Trek-The Next Generation: The Best of Both Worlds.

However, there is an episode from the 21st century that I think falls into the greatest of all time. The Mandalorian Season 2 Episode 8: The Rescue. It's famous for what John Favreau did, many people talk about it, and most importantly, it was outright fun to watch.
B

Buffy the Vampire Slayer Hush
B

I'm always looking for people who share my taste for high-concept, intensely fun storytelling
(esp. SF/F/H) with strong character arcs. If that sounds like you, drop me a line at: www.coffeebeatcafe.com

All these nominations for shows I have never seen! We don't have cable, other pay TV, etc.

The one I think of, though it has visual and soundtrack shortcomings, is Harlan Ellison's teleplay for the original Outer Limits, "Demon with a Glass Hand." Intriguing story well-acted and well paced, with great use of the Bradbury Building, great atmospheric photography, and my favorite window-breaking scene.
B

Extollager said:
All these nominations for shows I have never seen! We don't have cable, other pay TV, etc.

The one I think of, though it has visual and soundtrack shortcomings, is Harlan Ellison's teleplay for the original Outer Limits, "Demon with a Glass Hand." Intriguing story well-acted and well paced, with great use of the Bradbury Building, great atmospheric photography, and my favorite window-breaking scene.
Click to expand...

The 1958 Version of Quatermass and the Pit is quite good , It's a six part series and was the basis for the equally good 1967 Hammer film .

It is available on dvd.

Also by him by Nigel Kneale. The Stone Tape 172 the entire serial can be found on Youtube.

Please, single episodes or teleplays, thanks, not series. And you get one choice, one.

dask said:
Combat, “Hills Are For Heroes.” A two parter but still one episode.
Click to expand...