Book Jackets / Dust Jackets of Interest for Antiquity, Rarity, Beauty, Ugliness, or Whatever

Herewith a thread for discussion of book-jackets/dustwrappers/dustjackets, especially (but not necessarily only) in one's own collection.

I have been looking at G. Thomas Tanselle's Book-Jackets: Their History, Forms, and Use (Charlottesville: The Bibliographical Society of the University of Virginia, 2011). It has often been the practice of booksellers and even of bibliophiles to discard the djs of books, but these vulnerable objects are of interest in their own right.

Tanselle's book includes a list of 1,888 pre-1901 British and American publishers' detachable book coverings. He is confident that dustjackets have been issued since the early 19th century.

To start with, it would be interesting to see if Chronsfolk have books with dustjackets apparently from, let's say, earlier than 1946. Perhaps we have some books issued under wartime conditions as well as books that are appreciably older. But after a day or two (?) for people to respond specifically to this invitation, this thread could be opened up to verbal and/or pictorial postings about other book-jackets as well, including ones that seem to us particularly attractive (or remarkable ugly!). Would it be OK if we held off till the end of the month on posting about wrappers for books we don't ourselves own?

Not solicited for this thread are other types of book features, such as paperback book covers, ornate bindings of clothbound books, and so on.

I hope we can have some fun with this thread.

MacDonald: no date. The cover design appears to be used for a whole series of cheap reprints of books aimed at boys. My guess is that it's pre-1920.
Buchan's Montrose: no date, but I think this might be a first edition. The author's preface is dated June 1928.
Buchan's Cromwell: possibly first US edition, 1934.

Most of these are probably of interest for their relative "antiquity" rather than for beauty, ugliness, etc.

Andrew Young is not yet forgotten. The book pictured is from 1936. I have read only a little of this book, & liked what I read. 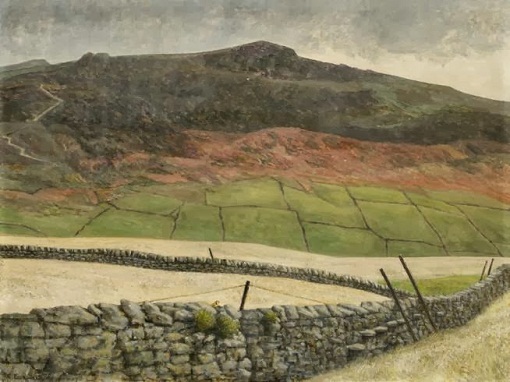 This week Stephen celebrates an unfairly overlooked poet… Many of my favorite poems have been written by poets who I consider to be “neglected.” There are various reasons for this neglect. Perhaps it has to do with literary “reputations” and (Heaven forbid) literary “criticism.” (I am not an...

A new biography by Richard Ormrod was published recently (TLS 10 Jan 2020). I have an old issue of the New Statesman (22 Feb. 1974) reviewing the then-new edition of Complete Poems -- "a marvellous and necessary book," etc.

I don't think Herbert Palmer was ever widely read, and I imagine he is indeed forgotten now. The Vampire is from 1936. The Dragon of Tingalam is from 1945. I haven't read these yet.

Anyway, enough from me for now. How about it, Chronsters? What've you got in the way of pre-1946 dustjackets?

This could be a tough assignment.

If nobody has an "antique" dustjackets (pre-1946), one can get ready to post pictures of beautiful or ugly or just plain interesting ones from years since then. Let's say, starting Sunday? I know someone here has a first printing of Dune, for example, with such a dj. Maybe we'll see a picture of it Sunday. But I'm betting there are some old (pre-1946) djs on some Chronshelves. Pictures would be nice but verbal descriptions would be fine too. : )

The earliest dust jacket I can find right now is 1946 so I won’t be able to post it till next week (though I have posted it before in another thread).

Looking forward to it!

Edgar Rice Burroughs' The Gods of Mars, from 1935:

Great cover with cool lettering. Is that a gun pointed at his head?

Bick said:
Okay, I like this game and will play.

Edgar Rice Burroughs' The Gods of Mars, from 1935:

For some reason these attachments didn't work when I tried, but I was able to find images easily online. Wow. Can you imagine being a kid who's never heard of ERB and Barsoom, and one day your at a friend's house and you spot this book in a bookshelf?

I saw them last night, now I’m getting the Oops! page.

Weird, here are the images again: