The Book of Boba Fett - Chapter 5 - Return of the Mandalorian

Don't be pessimistic. If it's in good condition, there might still be market for it.

It was bought at a car boot sale, so no packaging, but it is complete and in good condition. I'll let him find it and take a look on eBay. Anyway, let's not take the conversation off-topic...

However, toys have always been a huge part of Star Wars. Isn't that how George Lucas made his money? He took a percentage of profits instead of a fee for the films, then massively sold merchandise. Reading through that article, it seems Disney could make a lot more money if they weren't so secretive about what is going to appear next. They don't give the toy manufacturers time to create stuff, hence the rise in price of these vintage toys. It's very interesting from a marketing point of view.

Dave said:
They don't give the toy manufacturers time to create stuff, hence the rise in price of these vintage toys.
Click to expand...

Well, there is that, but they do talk to the manufacturers. Just check out toynews magazine and you'll find some spoiler stuff lurking among those pages. The writing is dead boring industry stuff, but the presentations are interesting. And yes, you're right, Lucas made a great chunk money out of toy licensing.

Just watched it. A nice nod to Ringworld there. Man I would so love to see that filmed!

Ohhh, what you can't do with photo shop! That's hilarious.

I have replaced my calendar with a ‘how many sleeps till Boba Fett day’ format. I still marvel that I’ve always been meh about BF and never understood the attraction, to adoring him.

Loving the humanity and charity side of his character and that he might be a grumpy ol git with humanoids, but loves animals.

Also, the self-defining, found-family element really appeals to me. Not least because so many of the kids I work with are ‘foundlings’ or in foster care.

I rather thought she's been on Naked Attraction with the "very furry" quote.

Dave said:
my son had a model of that craft. It should have a yellow paint job.
Click to expand...

ctg said:
If you still have old naboo starfighers somewhere, you can get nice prices for them. Starting around 200 dollars.
Click to expand...

ctg said:
If it's in good condition, there might still be market for it.
Click to expand...

Well, my wife dug it out of the loft and sadly, it isn't in a very good condition at all. It came from a car boot sale and had already been mistreated. I was wrong, it is the electronic toy with sounds and lights, except the batteries have leaked (I didn't know they were even there). I replaced them and the lights don't work and the sound just gave a little dying noise. Also, it has some paint missing (like it was attacked with paint stripper) and it is missing the cockpit cover (and most likely there was a figure inside). It still has the R2 unit though. Here it is with some other stuff I found, including a pod racer.

This was a pretty solid, if rather weirdly-paced, episode of The Mandalorian. It seems that Boba Fett is going to be a supporting character in his own show.
The Imposters - now available on Kindle and in paperback!

Thanks to The Mandalorian and The Book of Boba Fett, the live-action Star Wars universe is finally following in the footsteps of the animated shows and taking a deeper look into the fascinating history and culture of Mandalore. Characters like Bo-Katan Kryze represent the potential future of the forgotten planet, while there are others that have tried to keep to the traditions of its past. Din Djarin, though not originally from Mandalore, is one such person. His been taught and trained by one of the most interesting characters in the live-action shows to-date: The Armorer.

Played by Emily Swallow, the Armorer forges weapons and armor from Beskar steel and teaches the history of the Mandalorians to all those who work with her. Appearing in an episode of The Book of Boba Fett earlier this year, the Armorer took an even larger role on the teaching side of things, giving Din Djarin a few difficult lessons. While speaking with StarWars.com, Swallow spoke about how the evolution of her character as an educator.

"One of the things that I personally love about her is that she is this warrior – she makes armor, she makes weapons, – but she is so deliberate about when she chooses to fight," Swallow explained. "She is the keeper of something sacred. She respects something that is so deeply spiritual, and it is remarkable to have the space for that within this story. It is something that often gets skipped over in our fast-paced world these days."

"She's always trying to say, 'Why don't you look at this?' Like I think great teachers do," she continued. "Instead of saying, 'This is what you need to think about this,' she's saying, 'What do you think?'"

The Armorer stole the spotlight with a couple of scenes in the first season of The Mandalorian back in 2019, and surprised fans with her return in The Book of Boba Fett. There hasn't yet been any indication as to when we'll see her again, but with the stories of Din Djarin and Bo-Katan building towards an effort to take back Mandalore, it's safe to say that the Armorer's story is far from over.
Click to expand... 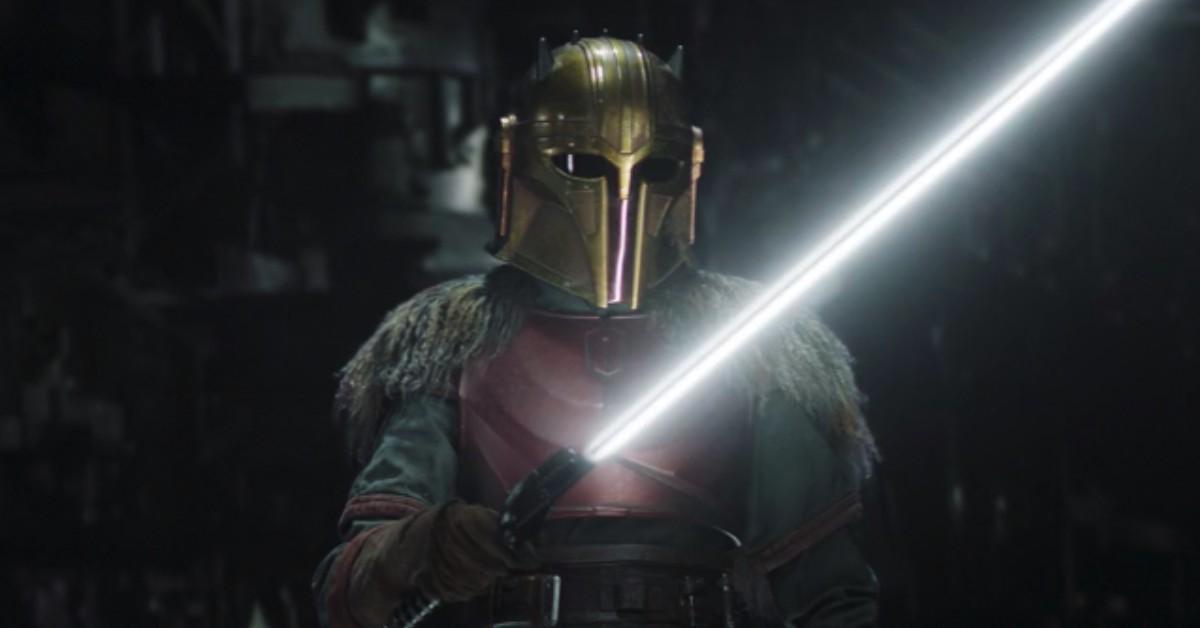 Thanks to The Mandalorian and The Book of Boba Fett, the live-action Star Wars universe is finally [...]