This time in Tinseltown on BBC2 Tuesday 4th January 2022 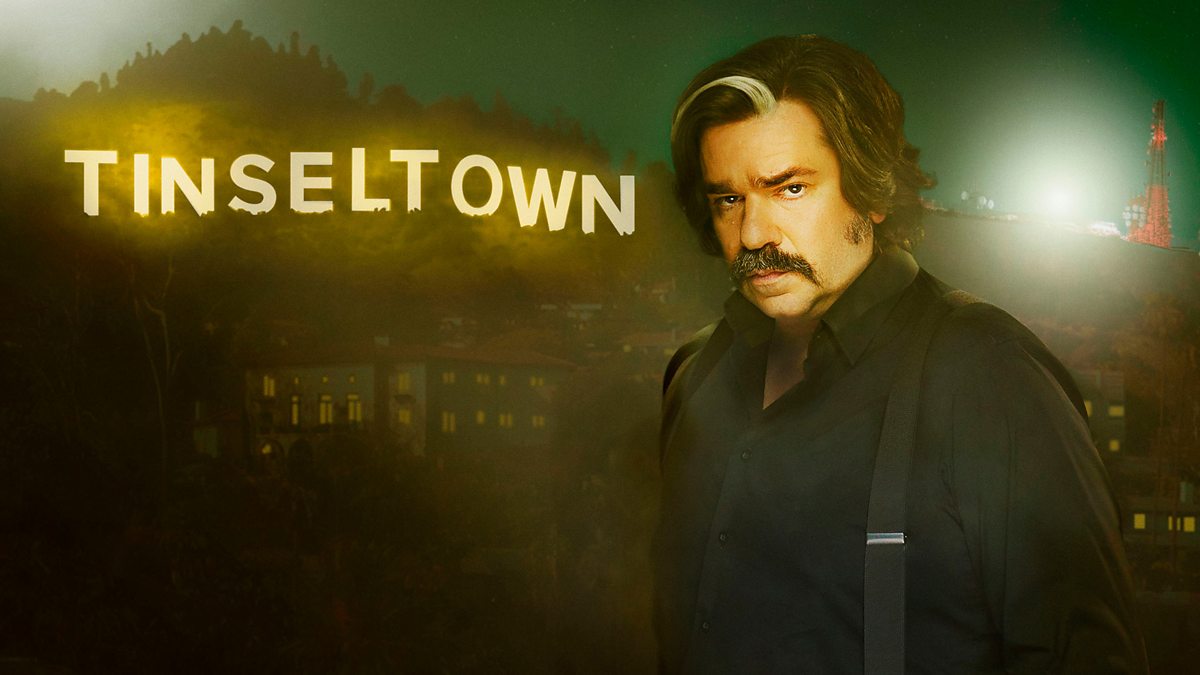 Steven Toast is determined to win the recognition he mistakenly believes he deserves.

I saw this previewed in the paper. It's got to be good, surely, though I think I'd tune in just to hear him growl "Ray bloody Purchase!"

Ohhh, that's interesting. I enjoyed Toast so hopefully this'll be just as good.

Thanks for the reminder. I saw the trailer but completely forgot. I'll watch it later.

Saw the first two episodes last night. True to form so far: amusing, but not often laugh-out-loud funny. I think it scores highest when it slips in bizarre details, such as the blink-and-you'll-miss-it postcard from Greta Thunberg ("you talentless prat"). Will definitely watch the rest.

HareBrain said:
Saw the first two episodes last night. True to form so far: amusing, but not often laugh-out-loud funny. I think it scores highest when it slips in bizarre details, such as the blink-and-you'll-miss-it postcard from Greta Thunberg ("you talentless prat"). Will definitely watch the rest.
Click to expand...

Yes , a little too much emphasis on silly names this time around. There are some genuinely laugh out loud moments , and Clem Fandango never ceases to raise a smile, but maybe not as many as some older episodes. Probably the best new thing is the 'Rick Moranis' type guy that he's staying with

I did think it was neat them getting Freddie Fox to play the role of his dad in the taxi/office, and there were (as you say) lots of incidental things going on in the background that were more amusing than the main action.

I do think that right from the beginning of Toast that there have been lots of in-jokes that only actors (or those in the entertainment industry) would understand. I can imagine that a number of the situations that we may consider as bizarre are maybe not as far from the truth as we might think.

I see that the actor who plays Clem Fandango is in Star Trek: Discovery.

paranoid marvin said:
I did think it was neat them getting Freddie Fox to play the role of his dad in the taxi/office
Click to expand...

Ah, it was him. I wondered, but he looked not quite young enough, and then I missed the credits. His voice was great.

Episode 5 really gets weird, and Episode 6 is definitely the funniest of them all.

Overall, a great series and most definitely not a disappointment, as can sometimes happen with long running comedies.


I wonder if the Star Wars job thing ("yeah, right") is a running joke in Hollywood. I would imagine (again) that there's some actor in-joke about people working on Star Wars movies. And the title of the movie made me laugh out loud!

Just watched the first episode. A couple of laugh out loud moments and definitely up to standard all round
Happy to see Larry David getting involved


I would also like to know the algorithm that decides on 'similar threads'. Here's what's below right now

It seems to have picked up on 'Matter' and 'Formatting' neither of which appear in any of the posts to date
M. Robert Gibson
Well hello there. Welcome to my mind.
​

I'm getting those "similar threads" too. Weird! I think it's picking up on "Matt" in the thread title.

I don't often laugh out loud at the TV but I did more than once watching these. There was some odd stuff (like episode 5) though. Also, the Clem Fandango, "Can you hear me" and Star Wars Movie, "Sure, Right!" got slightly overused. The receptionist and American agent were good new characters, as was the terrorist flat-mate and undercover FBI agent, Billie. Spotted loads of guest actors too.

I saw this last night. Quite funny and the move to Hollywood was a good one. The last couple of episodes reminded me a little of The Mighty Boosh.

I always felt that the series had that sense of a life unraveling and that the songs were a symptom of Toast's nervous breakdown.
Last edited: Jan 17, 2022

I enjoyed it mostly, but ep5 was weak, and the writing in general could have been a lot tighter.