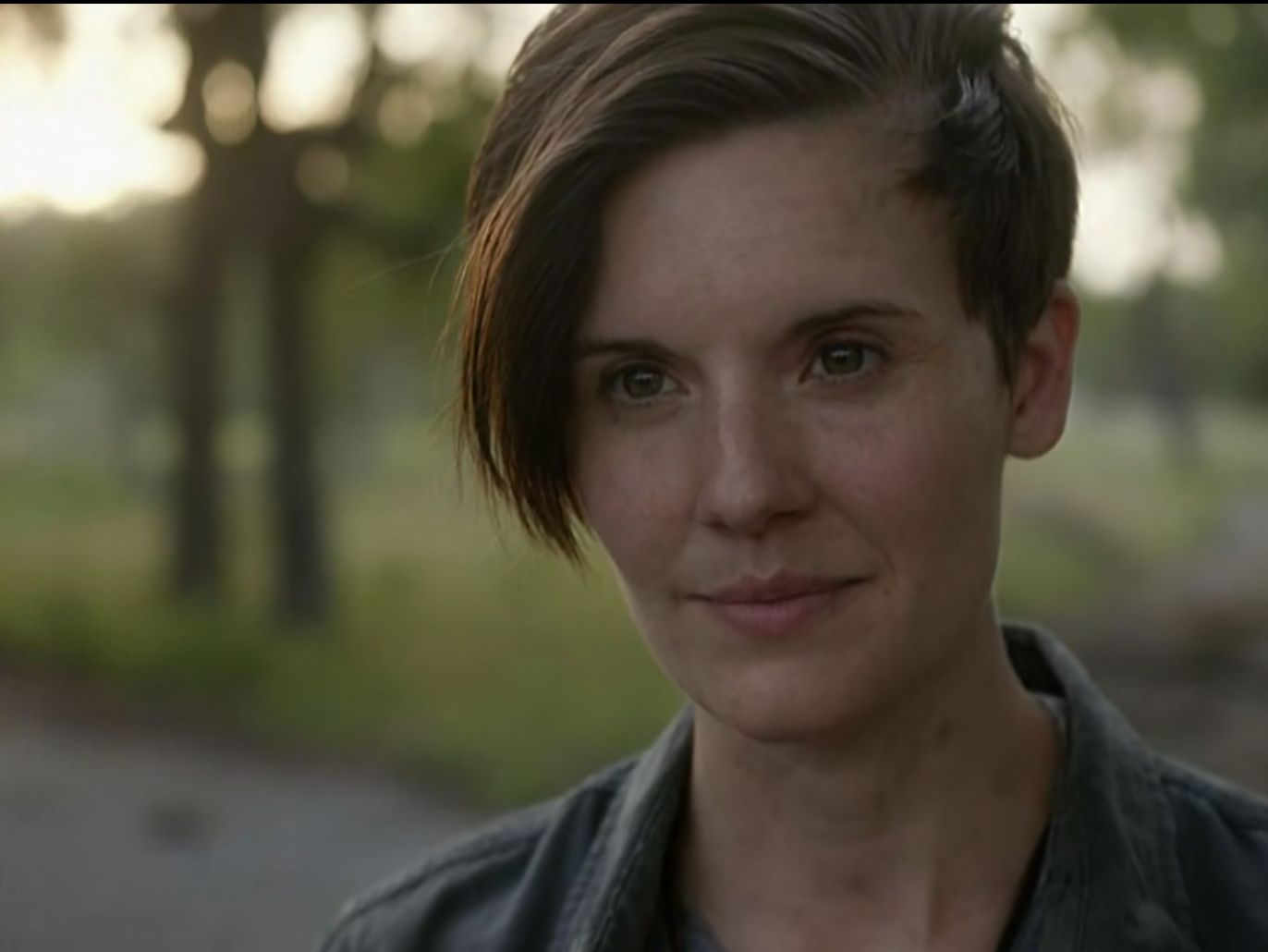 Morgan searches for Al, only to discover that he's not the only one looking for her, and that his search may have put a target on his own back.
Click to expand...

6.5, that's the score on imdb. Not the lowest in this season, because that went to Six Hours for a solid six points. We all knew that this was on the cards, since the AMC announced it a few months ago, but this is Al last episode ... for now.

On a personal level, I didn't look forward to this, but I was prepared for it, with some tissue on side in case of tears. Al most certainly didn't had hard time on leaving behind the Zombie Wagon. Like she said, "Nukes couldn't take it out, but the gas tank could."

It could not have been cheap for the AMC to fill it either and they are not the .gov with pockets full of taxpayer money. The only thing that speakes for it is the NBC capability that they'd cocked up with no maintenance. To be honest it's quite amazing that Al managed to keep it going as long as it did.

What I and Morgan don't get is why the helicopter people are after Al? What did she do to get the Reclamation Team after her? I can't be the pilot, because if it was the pilot then she wouldn't have told them about Al and others.

Al claimed that it was her going to AWOL. There is nothing there that connects her to Al, unless she spoke about her. Why would she? So then the question comes how they will track her and how they knew to go after the Zombie Wagon just in nick of time?

I say they got lucky. Snatching Morgan and Grace proved it. I could not figure out what the helicopter people just didn't kill the pair, when they had the chance. Was it really the story shield, because they had an opportunity to off Grace, when Morgan battled for the gun. The whole scene was iffy and you have to wonder how did they caught the pair in the Zombie Wagon.

Chasing them with the helicopter, sure. No problem, but on the ground requires a bit more doing since we are talking about going into the irradiated zones and coming back out from there. The funniest thing that the reclamation team did was shooting the bloody wagon. It's not like they didn't know that it has been proved against small arms fire.

I'm glad they were in angle, because ricochetting bullets could have hit them. Not that it really mattered as the civil war cannon solved the reclamation project. The scene saved the episode.

Morgan's interview, sad but we could have done without it. I'm glad that he chose to be a stubborn bastards afterwards for us to hear the coordinates 35 42 24 84, 83 22 59 16, which places it to Tibet according to reverse coordinates.

That's going to be a long way to fly a helicopter.

Amazing how thoroughly a few rocks can dissect a human body at close range when they have enough gunpower propelling them.
Al's search through the remains was amusing. The reanimated head still seemed enraged that its quarries weren't putting their hands up.
A Berg's Eye View
"Humor (Humour) for the Meme Streets"

REBerg said:
Amazing how thoroughly a few rocks can dissect a human body at close range when they have enough gunpower propelling them.
Click to expand...

Yeah, she put in there rocks and it's a legitimate "if-in-need" ammo. Nothing prevents you from using it, the rocks might not crack, if they don't have fissures in there. So even gravel should be efficient enough, but you only have one shot and you create a super loud noise. Where she got the blackpowder and how did she know the right amount, I don't know, but I'm willing to let it go just for those giggles.


REBerg said:
The reanimated head still seemed enraged that its quarries weren't putting their hands up.
Click to expand...

Those eyes were super weird. To me they were reflecting and looked very strange.

I'm going to be frank here and say that the current showrunners have effed up the show. They are good writers, but this whole aftermath feels as if the slump is back in the game and because they have freedom in their hands to do things, they have lost the aim in the process.

It is a shame because Fear has amazing actors and brilliant directors, but they aren't even aiming to put this show in the bag. At the moment it feels like we are watching an ef up of the week and there is no hope for nobody.

"While we're giving them the Fear the Walking Dead version of a happy ending, we wanted to be clear that it wasn't going to be easy," Chambliss said. "We kind of landed on this idea of having Al's interview that she had done with Isabelle to be playing in the background. It spoke to Isabelle's love for Al, that she's in this cabin watching this tape and she's obviously still thinking about her. "But at the same time, it allowed someone to voice all the practical concerns that they would have to face."

Chambliss added: "What that did was it essentially allowed Al to speak to the fact that their love for each other, the fact that they can be together, can outweigh all of those negatives. This is about the best happy ending you can get in the Walking Dead Universe."
Click to expand... 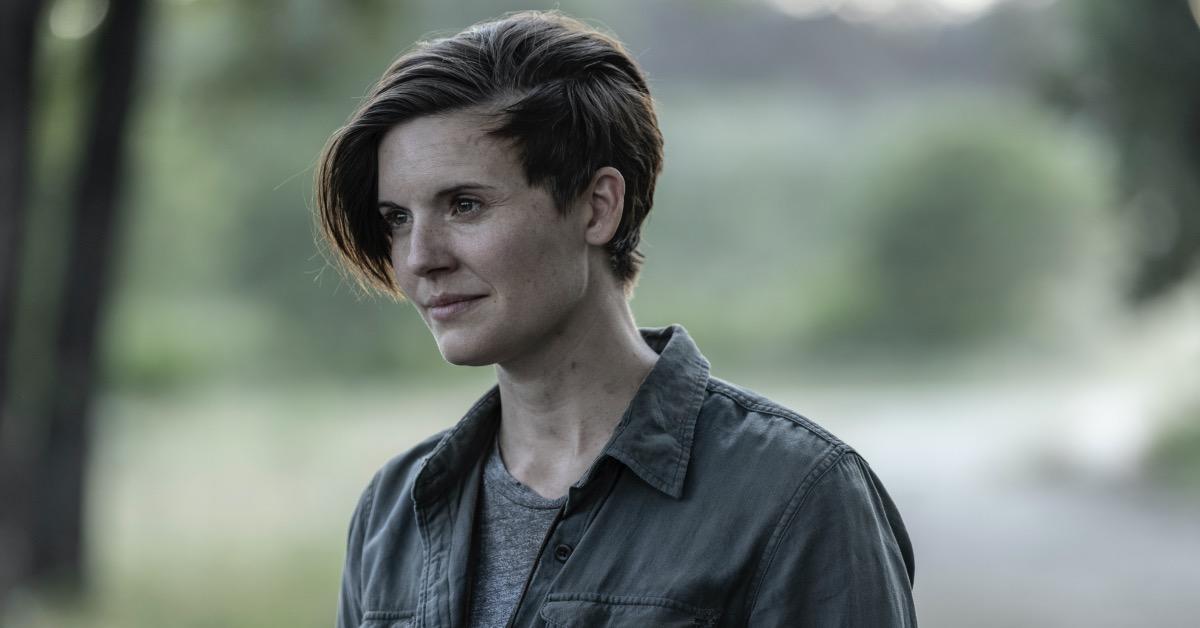 It's not the worse, there was a time we seriously considered giving up on TWD but didn't

I'm happy we said goodbye to Al without her becoming walker fodder.

Stones instead of a cannonball, well played Al. I agree about the eyes, very unnerving.

One thing I've learned about the CRM foot soldiers, they aren't the brightest buttons in the tin.

In World beyond I watched 3 people turn the tables on a unit before they could execute a full community, one of the three being a rather shy, naive teenager.
Morgan managed to wrestle the gun away from one who had him pinned to the floor, his companion could have shot Grace but didn't. They really don't think for themselves, blindly follow orders.
Hopefully next week we will learn something about Alicia.

I just felt that I learned nothing new. The story was a story that has already been told, too many times; she just finally made a different decision; the right one at last.

Of course, I don't know the whole story - haven't seen the upcoming films, haven't seen World Beyond, haven't read spoilers or graphic novels. Most likely that would be impossible for some obvious reason. Still, they could at least try. I thought the ending was a bit negative and defeatist. "They'll always be after us!" That's hardly very "Disney"! And "always" is a very long time.

Dave, Disney ending as "Lived Happily Ever After" meaning at least they get each other and like you I doubt they are going to hunt the pair forever and again.

Fear the Walking Dead has told its final story with Althea (Maggie Grace) for the "foreseeable future," confirms co-showrunner Ian Goldberg. Season 7 episode "Reclamation" reunites Al and her flighty love interest — AWOL Civic Republic Military pilot Isabelle (Sydney Lemmon) — when the CRM sends a Reclamation Team to eliminate a threat to operational security: Isabelle and Al. Morgan Jones (Lennie James) puts a target on his back to help his friend track down Isabelle at a cabin in the Smoky Mountains, where Al gets something rarely heard of in The Walking Dead Universe: a happy ending to her story.

"The episode that we saw her in with Isabelle, ['Reclamation'], is the last time we're going to see Al on Fear for the foreseeable future. We really wanted to give her that rarest of things in the Walking Dead Universe, which is a happy ending," Goldberg said on Talking Dead. "So we got very excited and were just thrilled with how the episode turned out and her reunion with Isabelle, and then just sort of deciding to throw caution to the wind and embrace their love for each other and hit the wild blue yonder of whatever comes next."

"But they're out there, and we hope — there is more story to tell with them and we hope we get to see more of them," added Goldberg. "But for now that's Al's goodbye."
Click to expand... 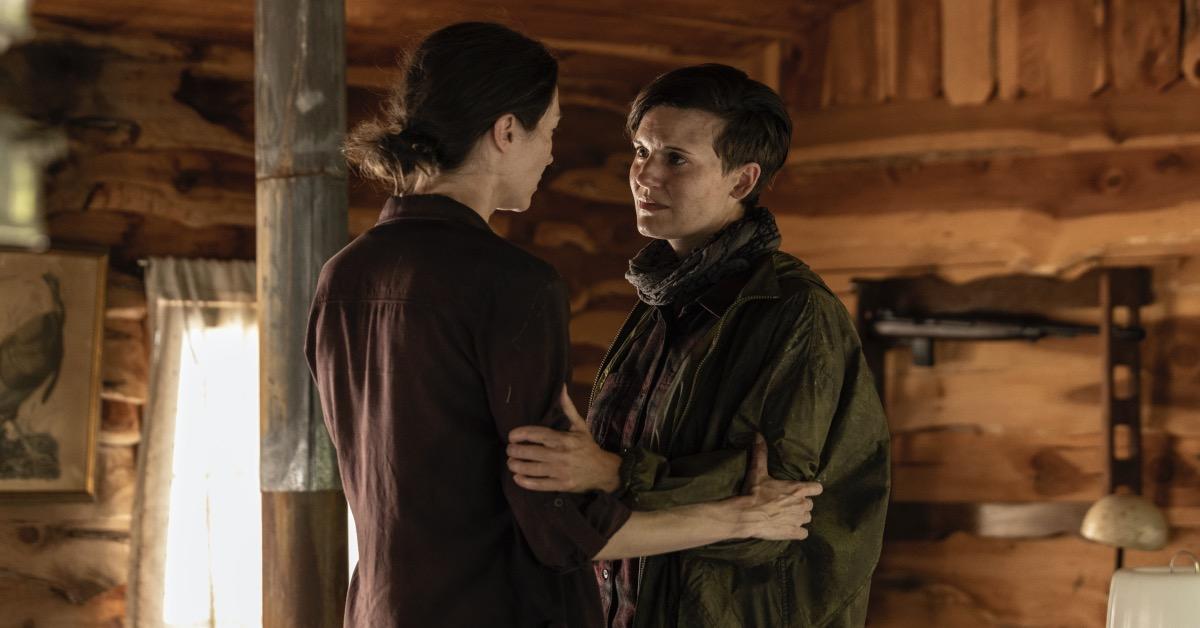 Fear the Walking Dead has told its final story with Althea (Maggie Grace) for the 'foreseeable [...]