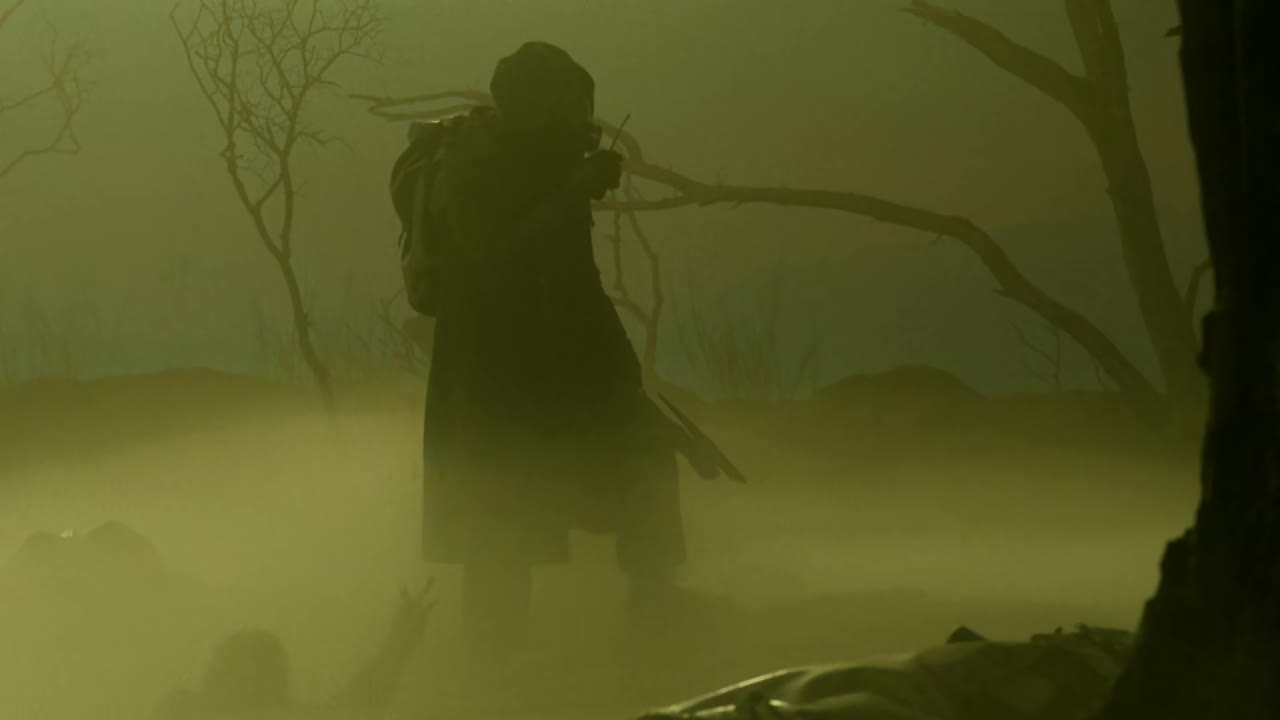 Dorie Sr and June make the best of Teddy's bunker until its history is uncovered.
Click to expand...

The title refers to one of Teddy's victims and it is fifth time they've used a name in the title.

Teddy, the source of all current troubles. In the level of serial killers that survived the zombie uprise, he most certainly earn a spot in top three villains. Statistically speaking we should put him on number one spot, just because he's gift keep giving forever and again.

It is not going to go away in our characters lifetime. There is black board in Teddy's bunker saying opening in 340 days. If they can last that long, most of the Fallout should have come down and spread around the impact zones. A harsh fact, but so is the situation, it's not going to be any easier then than it's now.

At least they have the best music
which totally fits the mentality in the bunker, but is totally opposite to what is happening at topside, 25 days after the impacts.

Think about it, if you survived, would you be in your day dreams hiding in a bunker or out there surviving day-in, day out. What I didn't approve was senior giving out the location in his daily broadcas. It is stupid and in their situation it only asks for trouble.

He gets the idea that they need the numbers, not the Dead, but the Living. 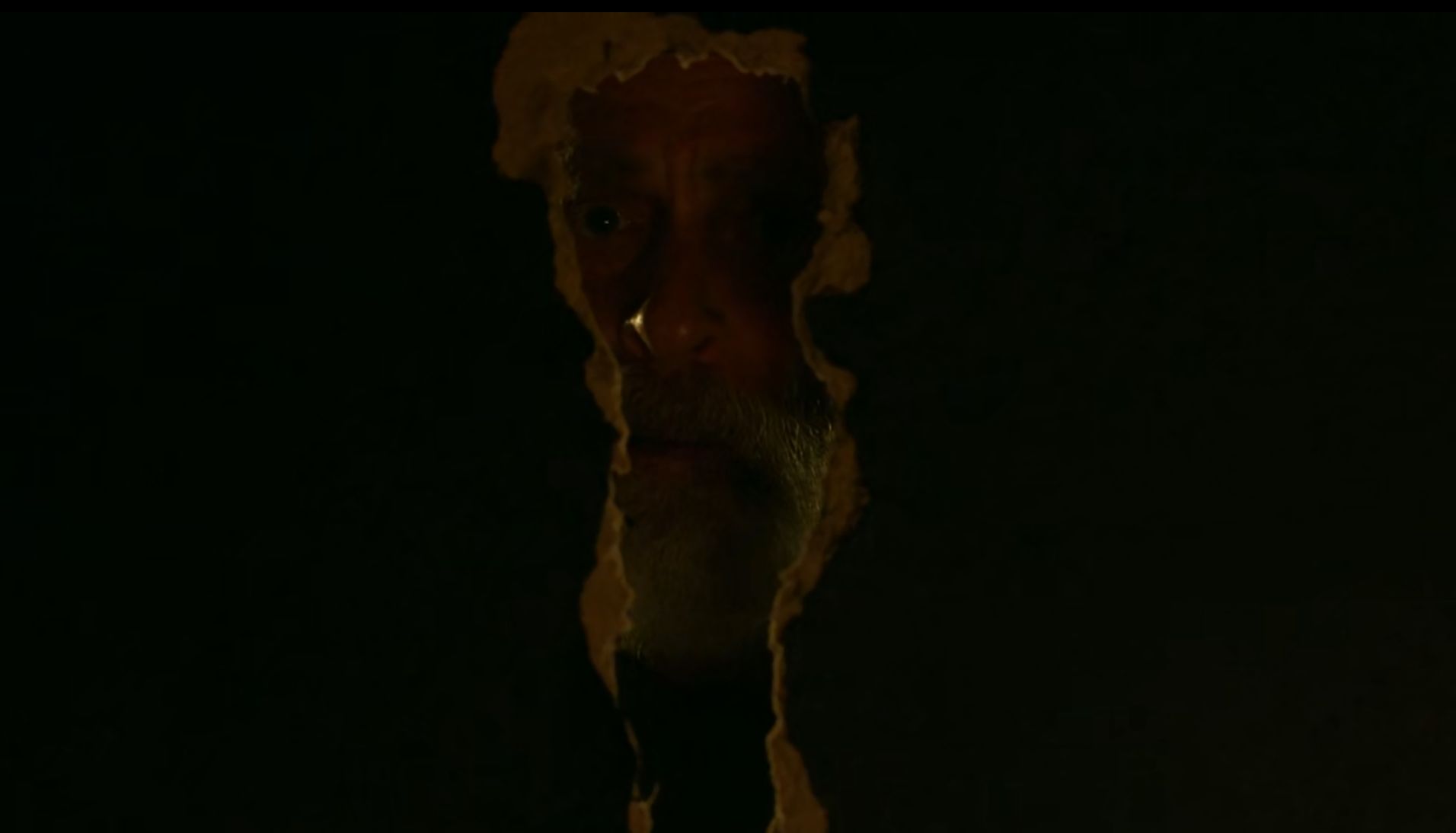 "Here's..." Dorie Sr, doing his best Jhonny imitation on finding out that Teddy's bunker is full of skeletons. I guess it shouldn't surprise from what we now know about the serial killers. Bodies cause problems, even to the American Ripper, who invented the Chicago Murder Castle. So they chop them, feed them to pigs and hide them. Sometimes literally in the walls.

It's just I didn't expect to find out whole another wing behind the wall. "Surprise, you have more room..." is a nice welcome addition in the bunker situation. As long as it doesn't come with the Dead. Murder scene I don't mind because you can always clean it up.

That's not what June was thinking as she wanted to pretend that it never existed in the first place. But the thing is, once you've seen it, you cannot forget about it. That's ignorance. The murder scene is a problem and they cannot just put the shelf up and pretend it's not there.

There is a reason for why the sturdy shelves, loaded with supplies came down. So "let's pretend" doesn't cut it. Sorry June.

What they needed was June's suits and Senior to do some investigation business to find out what the hell is really happening in the hideout. Not that it crossed his mind as he was far more interested in the criminal stuff.

As a Halloween special I liked Senior hearing voices.

The horror scene felt proper as did the ghosts. 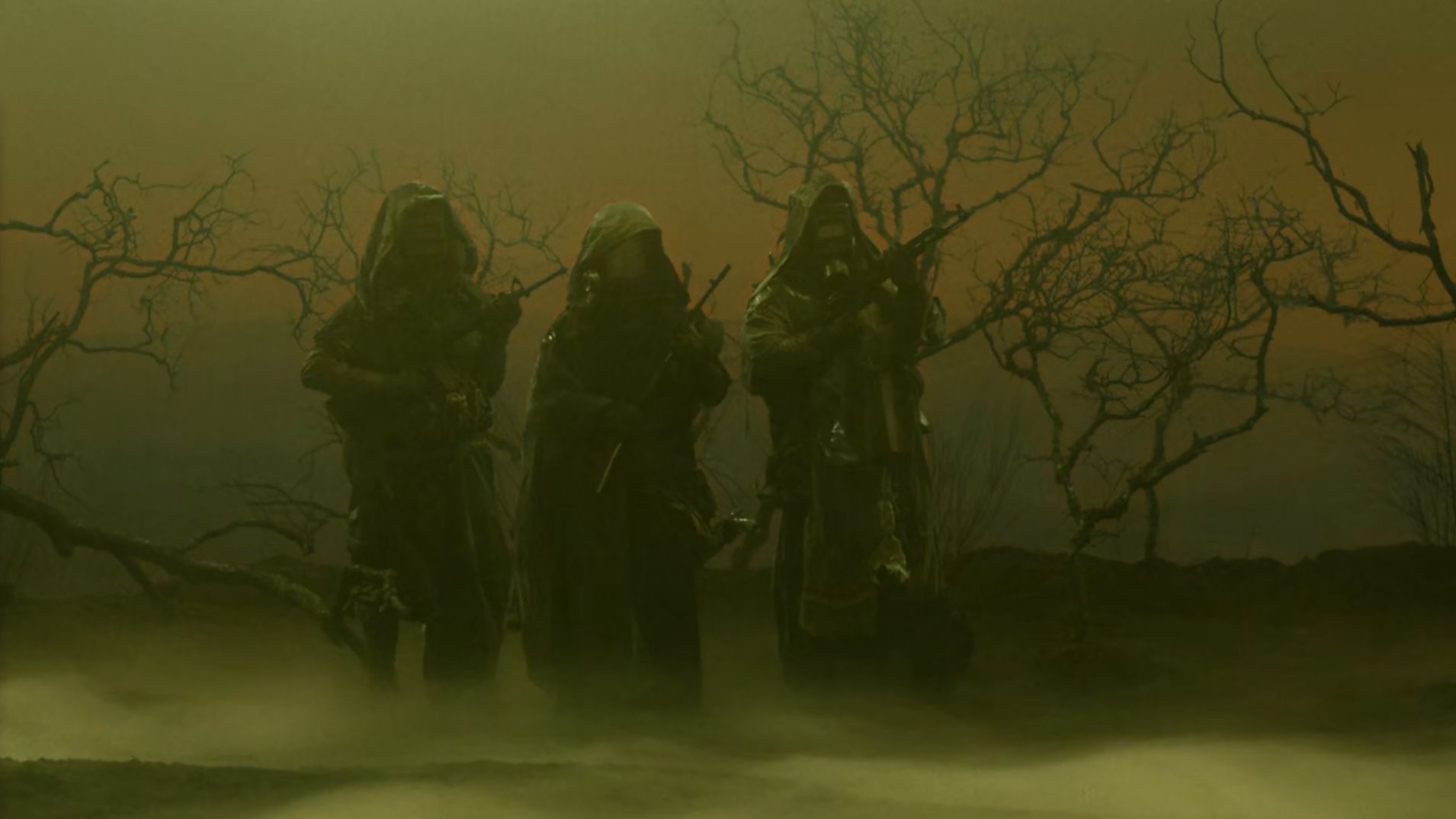 Then this happened. In the still you can see the sound stage, but in the motion, scary stuff. I doubted that they were on a business of asking for sugar. And they weren't.

It's just we didn't get to listen their whole message, as we were concentrated on Senior's alcohol problem. "Helluva time to go cold turkey," June commented on seeing John's shaking hands. But ... here's thing... fear releases adrenaline. Therefore you might have shakes, but when the adrenaline kicks in it's Fight or Flight, no shaking and Senior isn't scared of fighting.

When June caught Senior in the ghost scene, he pulled the gun and it wasn't shaking. Fear makes things better even if scary. June argued that they should stay in the bunker, instead of taking their chances out in the Fallout.

It's just what'll happen when things go tits up? Like the cave in they experienced during the argument. That rusted roof was going to last only so long. June didn't even think about it. She wanted to stay home, wishing that the world would turn out to be dreamy about a year later.

It's wishful thinking. In the aftermath at least they both realised that they need each other.

What they didn't need was Victor or did they?

Looks like all nuclear wasteland roads lead to Strand.
Not a great episode for me. I'm not a fan of stories that flip between reality and hallucination.
Anyone taking bets on which conflict will be resolved first: Morgan vs. Strand or Maggie vs. Negan?
A Berg's Eye View
"Humor (Humour) for the Meme Streets"

REBerg said:
Morgan vs. Strand or Maggie vs. Negan?
Click to expand...

I put a beer on Morgan winning, but I'm doubling on Strand being a cunning SoB. So 1 - 2 to Strand.

I'd bet the Morgan vs. Strand bout will come to a head before Maggie vs. Negan.
Strand will be just about to end Morgan when BANG! -- he'll be shot through the head by (dramatic pause) Madison!
A Berg's Eye View
"Humor (Humour) for the Meme Streets"

So we have 3 beers for Strand, 1 for Morgan and 1 for Madison.

I preferred this to last week's episode. John's hallucinations were creepy. June's fear of leaving the bunker is understandable, even if it means burying her head in the sand. She has forgiven Strand solely because she sees it as the safe option but how long can the keep those walkers out? One hidden bite on one of Strands rangers and it will quickly spread through the tower.
Dorie SR has it right better to take your chances.
Strand needs to die, I can't decide if it will be Morgan or Dorie.

REBerg said:
Looks like all nuclear wasteland roads lead to Strand.
Not a great episode for me. I'm not a fan of stories that flip between reality and hallucination.
Anyone taking bets on which conflict will be resolved first: Morgan vs. Strand or Maggie vs. Negan?
Click to expand...

I agree. As this episode began, I thought it had great potential for another excellent story, but it slipped into the 'reality versus hallucination' and then it ended with Morgan versus Strand. I'm already bored with Morgan versus Strand and their 'my threat's bigger than your threat' arguments. I'm bored with the 'reality verses hallucination' episodes in whatever TV series they appear. They are always the worst episodes, even in Star Trek.

Dave said:
I'm bored with the 'reality verses hallucination' episodes in whatever TV series they appear. They are always the worst episodes, even in Star Trek.
Click to expand...