The Tale of Shir Shaheen and the Caravanserai - Chapter 10: A Snare of Perfume 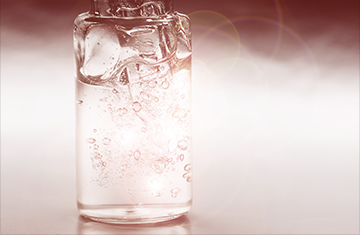 “Hark, dear friend. The daughters of thy grandchildren whisper amongst themselves, for they feel too long have I talked of battles and bloodshed and they wish to hear of gardens and nightingales and pretty things. So of gardens and nightingales and pretty things shall I speak. Yet must I talk of shadows, too, and a time when Roshan was ensnared and Shir Shaheen was called upon to free him.”

The chariot of time rolled ever on in Paridiz. More people came to live in the city – not only from the impoverished townships at the desert’s edge, but from Gorj itself. More buildings were rebuilt, more noise echoed from the houses, more stench rose from the streets; laws were made, taxes introduced, officials employed.

Roshan grew taller and broader, his chin boasting the beginnings of a dark beard. His grandmother grew a little frail, with more grey in her hair, more lines upon her face. Shir Shaheen alone seemed unchanged, yet in him was the greatest alteration – no longer did he hide away upon his tower or conceal his true self in an old man’s guise; no longer did resentment of the humans gnaw at his heart.

Yet ease was not his, for though he had cleansed the city, the blood-magic remained, and with more humans to prey upon, its resurgence was quickening. Already bloodshed and aggression, even murder, had shown its ugly face in Paridiz, and whether some humans were brought to violence by the whispered promises of power which they heard without awareness, or the brutality of some humans fed the blood-magic, the result was the same.