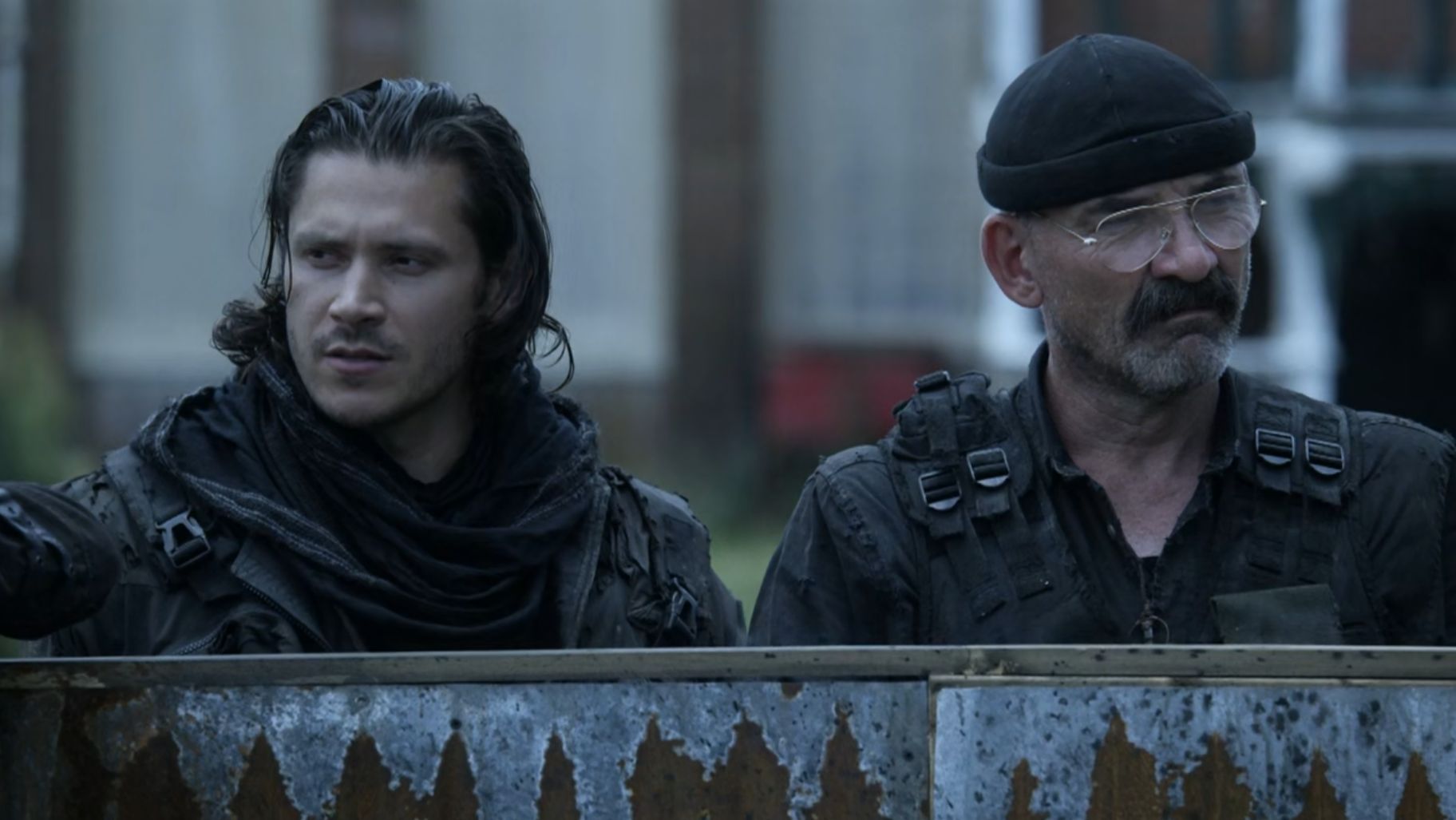 The Reapers defend Meridian from an incoming herd. Pope suspects Maggie is behind the attack, while Daryl treads carefully. Alexandrians scramble to protect themselves when a violent storm leaves them vulnerable to walkers.
Click to expand...

Sorry for not posting yesterday. I had a mighty migraine and I could not have written a post because of it.

For whole season I have had a feeling that a lot of them are going to die and as we have gone down into the rabbit hole, it has become quite evident that not a lot of things are actually well. Least of all in the Commonwealth, where dictatorship is raising its ugly head, again.

What happened to the democracy? Why did the people abandon the rules and norms so quickly and accepted that they can do whatever they like and yet, the most popular model for the mini-societies is dictatorship. Oh, how far we have tumbled down from the civilisation, the hole seems endless. 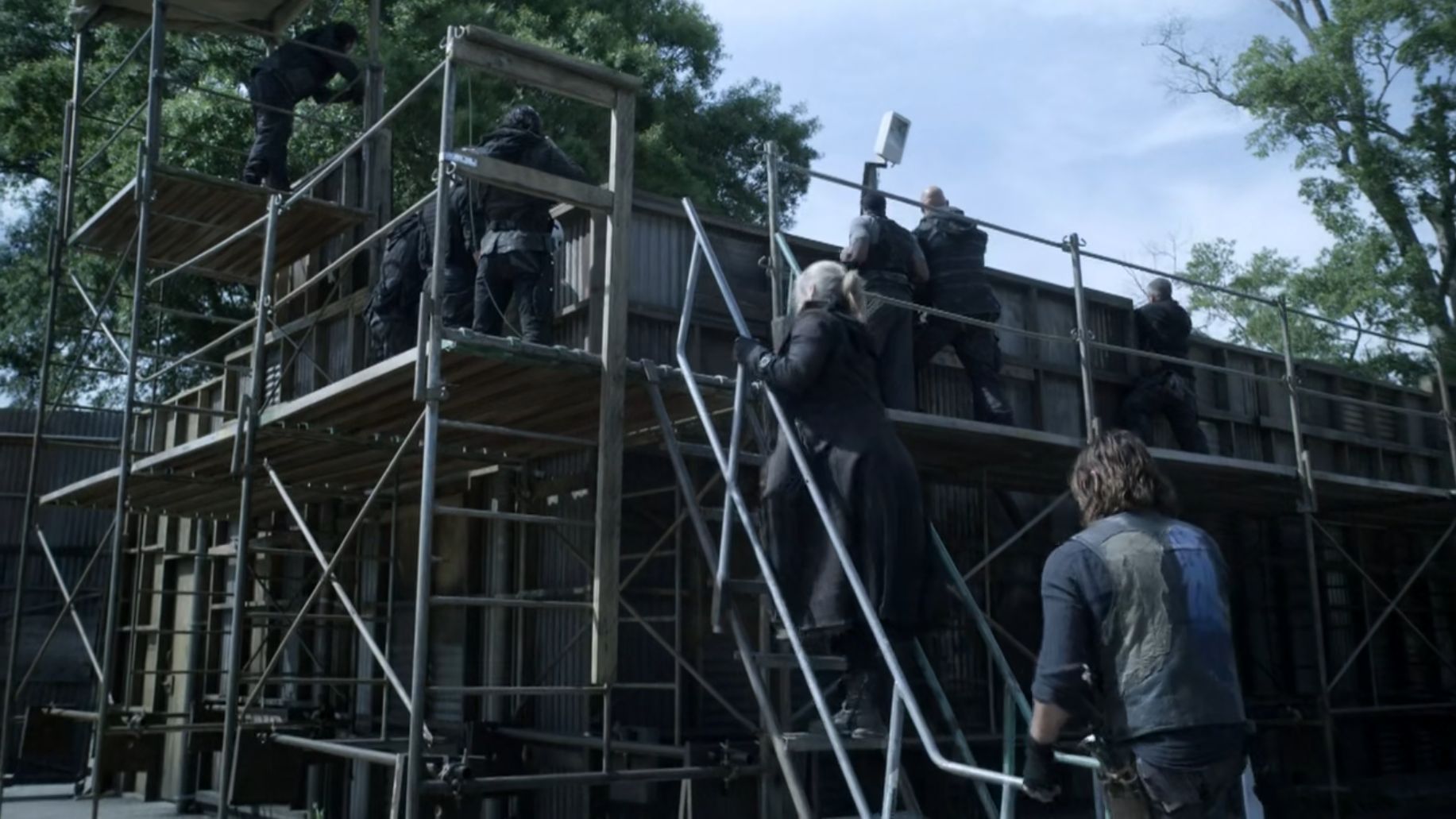 It really surprises me how much better the Reaper HQ is regards of the walls. Scaffolding makes it so easy and it provides are sturdy backbone for the walls. In places you can see steel beams going into the concrete. I have to say it's the best design so far and it's going to take thousands of Dead to take it down ... or one writer, with a clever plot.

Why Daryl didn't tell Pope that he has had a lot of experience with the Whisper hoard and why Pope's people didn't spot the Whisperers amongst the hoard?

He said, "There's a reason for everything." It's just when you have seen untold number of Dead moving around, you should be able to spot the human in disguise and figure out that the Dead aren't doing to the usual thing.

Wells was super arrogant on trying to lead the horde, and not check his six as we have seen also a countless of times the Dead coming from surprising direction. Where was his experience and knowledge utilised?

Although I have to say I loved our people shanking the poor man and then walking off straight away. He didn't see his death coming. Didn't know what hit him.

It did surprise me that Pope figured out that Maggie was behind the death of one of his boys. But in his defence, I have compared him to Heisenberg (Breaking Bad) before and in similar way he is as smart and wise as Walter White.

To be honest I love this villain. Isn't he cool or what?

Just like Heisenberg, he turned up the tension, just by being clever and pressing the issue with the family. In a way he's a right warlord, a mental cookie though and in his defence, he could do with some stress free environment, because he's clearly firing some blanks.

I don't get why Daryl confessed about the source of the Dead and why Leah kept her mouth shut? Both ways, very risky moves, but it's clear that Ms Shaw has made up her mind. Including about the relationship and she clearly wasn't ready to abandon her family, the Reapers. 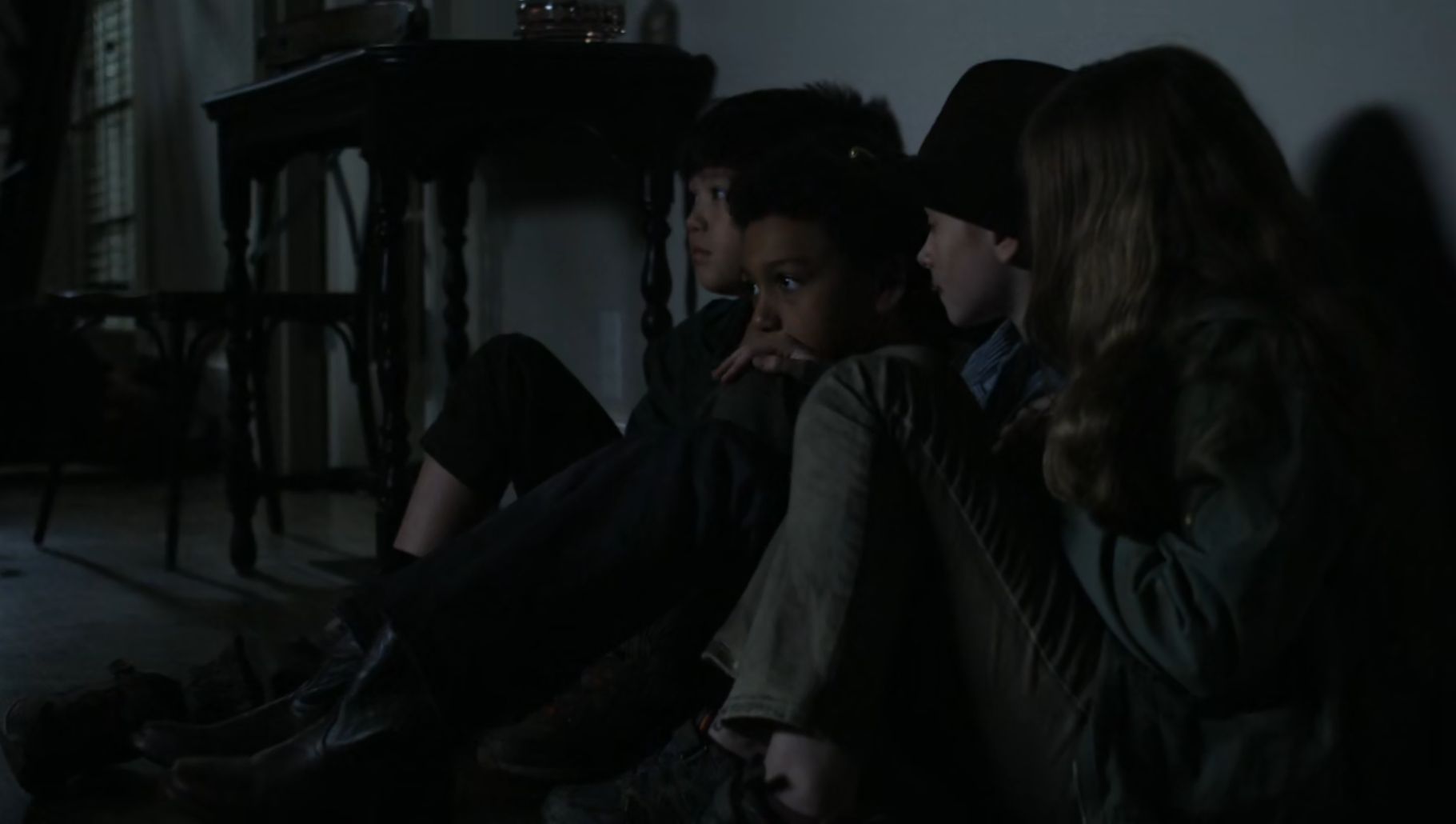 I think it has become very clear to everyone that Alexadria is done. It has no future and so the only candle left in the Rickland is fluttering in the tropical storm. Man, those hurricanes can get bad and it's amazing to think that they can affect conditions up to Boston level.

I was scared that the winds were going to bring in the flying zombies as we've seen a twister picking them up in the Fear. Luckily, or rather unluckily it was only the normal kinds, walking through the fences.

What I don't get is how they did suss out the house? Was it a random accident, because it cannot be the hearing. The storm is too noisy for the Dead to hear people inside the houses and it's not like they can see the light in the windows.

Why did the kids choose the flooding basement instead of running at outside?

I was surprised by Pope's short lifespan. He was crazy enough to merit a longer run. I was also surprised when Leah ended him, as Daryl seemed to be gearing up to do the deed.
Yet another surprise came when she threw Daryl under the bus instead of abandoning her Reaper family. That made me think that she may have been considering a coup before Daryl provided an opportunity for her to get away with the assassination and take leadership of the group.
She must have realized that her challenges to Pope's decisions were putting her in the danger zone. I suppose Leah also had also concluded that Reaper command was a better bet than a guy who might pull another disappearing act in the near future.
What in the world was that super weapon Leah unleashed against the horde at the end? A fireworks launcher? Bottle rockets tipped with mini Molotov cocktails?
A Berg's Eye View
"Humor (Humour) for the Meme Streets"

REBerg said:
I was surprised by Pope's short lifespan. He was crazy enough to merit a longer run. I was also surprised when Leah ended him, as Daryl seemed to be gearing up to do the deed.
Click to expand...

Yeah, but they are not going to give us a show with him... although they could make him something else. As a villain I liked him, even if he was a mad. In my mind I also thought that Pope wanted to inherit the kingdom and he intended to give it to Leah.

Daryl wasn't just edging to do the deed, he pulled out the knives. Pope turned on him, pulled his own and that's where Leah ended him.


REBerg said:
Yet another surprise came when she threw Daryl under the bus instead of abandoning her Reaper family. That made me think that she may have been considering a coup before Daryl provided an opportunity for her to get away with the assassination and take leadership of the group.
Click to expand...

Yeah, exactly. I think the switch happened when Pope put them in the barrack and torched it up. She knew that sooner or later she was going to have do something.

REBerg said:
What in the world was that super weapon Leah unleashed against the horde at the end? A fireworks launcher? Bottle rockets tipped with mini Molotov cocktails?
Click to expand...

Arrows with boom. Chinese had those back in the day, that is however, a modern day replica.

They may have taking out pope but I don't think that will end the war with the reapers.
Sometimes we forget how capable some characters are, Rosita has been around a long time but we over look her; our attention more on Carol etc but Rosita is someone you want to have your back.
Gracie and Judith are climbing through that window, you could see it in Judith's face.

nixie said:
Gracie and Judith are climbing through that window, you could see it in Judith's face.
Click to expand...

To be honest, I thought they had more people in there, since in the exterior shots there has been plenty of no names walking around.