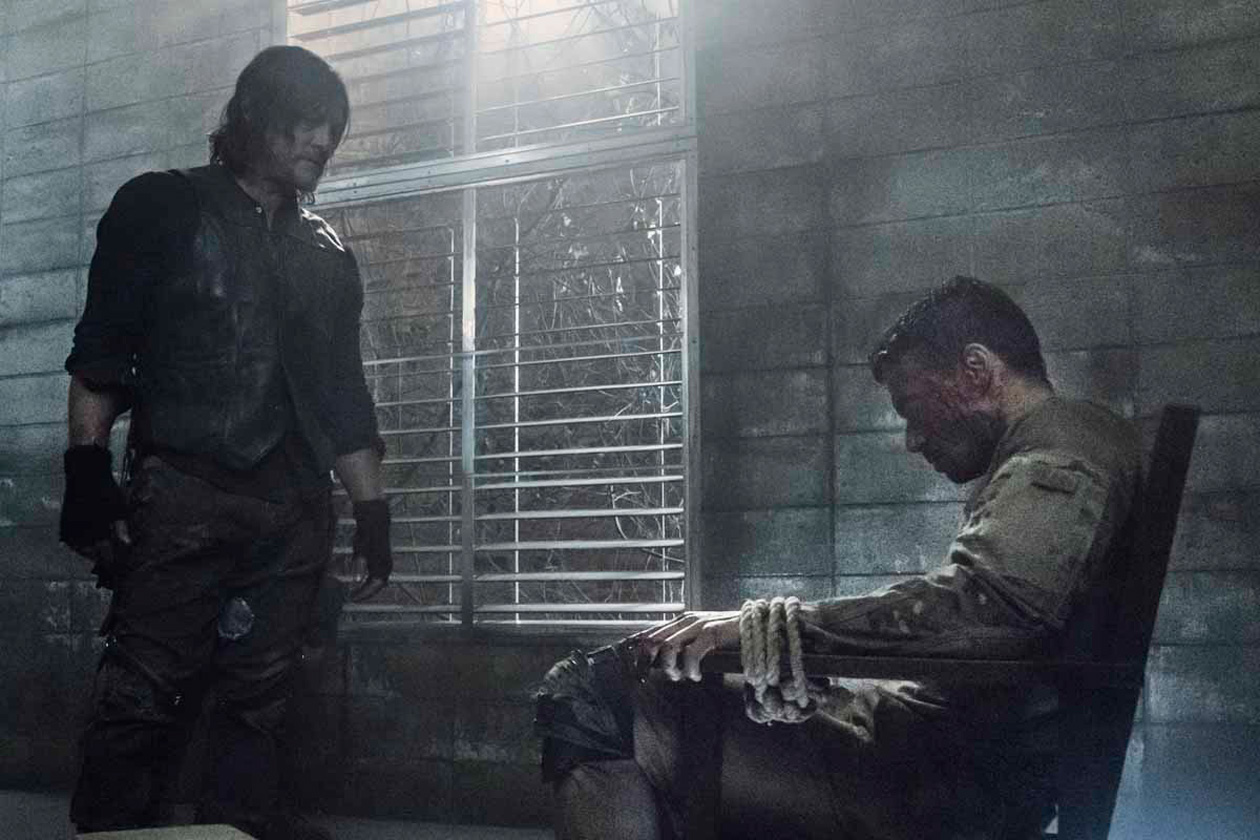 Oh man, when I read the synopsis I though "Virgil? The guy who was responsible for sending Michonne away from the series." Yeah, I turned out that Virgil is the one in this series and like back in those days, Virgil was almost useless, when it cane to fighting the zombies.

How did he managed to save Connie?

I assume that in the aftermath of the cave incident Connie somehow got lost and Virgil found her. It's just a question of who is saving who? 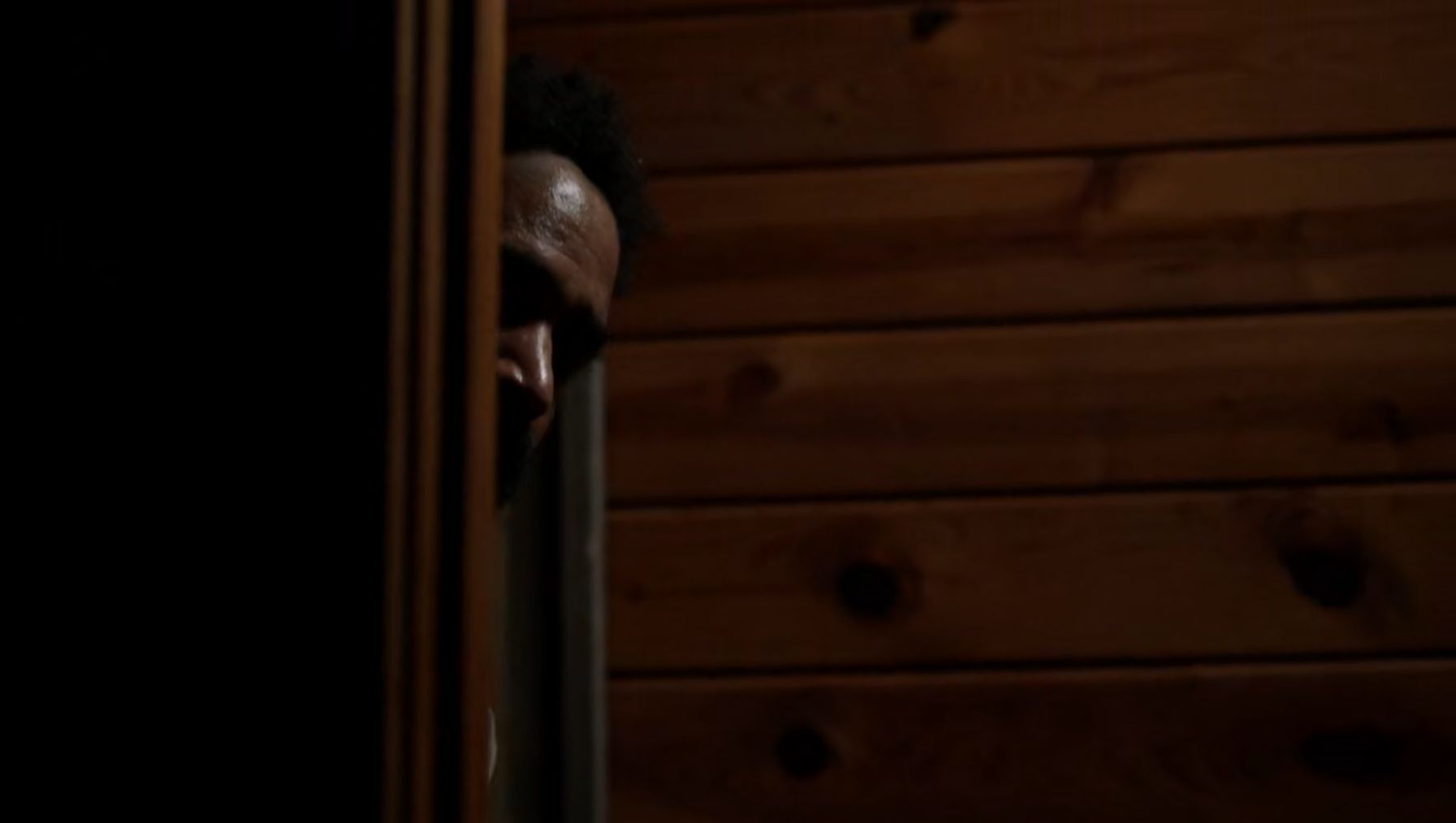 Virgil, you big wuss. He isn't clever like Eugene, but he is kind of smart in his own ways, but I wouldn't be the one take him into combat and trust him to protect my rear. In my mind, it would have been easier, and probably safer to duck-tape him on a radiator then giving him a weapon, a bayonet.

Where he got the stabby thing, I don't know, but the way he was handling it, I was thinking he's going to stab himself and then Connie's in big trouble. I think she knew it, from the way she rolled her eyes, when Virgil offered to watch over her. They didn't need words for them, but I didn't get that she were suffering from PTSDs.

"You need to sleep," he kept saying. To be honest, they both needed to sleep. Not just one, but also the other, and trusting him to guard both of them was never going to happen. It was obvious that they were both knackred and for the elder men, having a kip is so-o easy. But sometimes that five minute wink turns out to be two to four hours later, with a real o-*hit feeling.

However, Connie did the right thing by double checking the house. Not only she found the "eye behind the wall" aka the "secret room" and she also caught Virgil having a wee nap. I was even expecting him to say, "I'm wasn't sleeping. I was having my eyes closed."

It never happened and neither of them realised that they'd entered into a genuine murder castle.

Out of all the places they've visited in the past, I must say that the murder castle is the worst. Especially bad as the psycho or several of them had been surviving on previous victims, and they had turned to something worse than what the actual Dead represent. A bloody cannibals.

I think the whole play inside the the Murder Castle were one of the best actual horror episodes in the series. Those cannibal freaks were truly frightening and I especially liked that Connie's side were shown with complete silence.

Then, I loved that at the end Virgil confessed for being an idiot and Connie actually forgave him instead of patronising or doing something other equally demoralising activity. It was not a full redemption for Virgil, but a move to right direction.

In those final moments of terror, I thought that the Girl Scouts were going to 'ride" to rescue, so it was a pleasant surprise that the Dead were up for it. Such a brilliant move and the cannibals had a true cannibalistic ending. 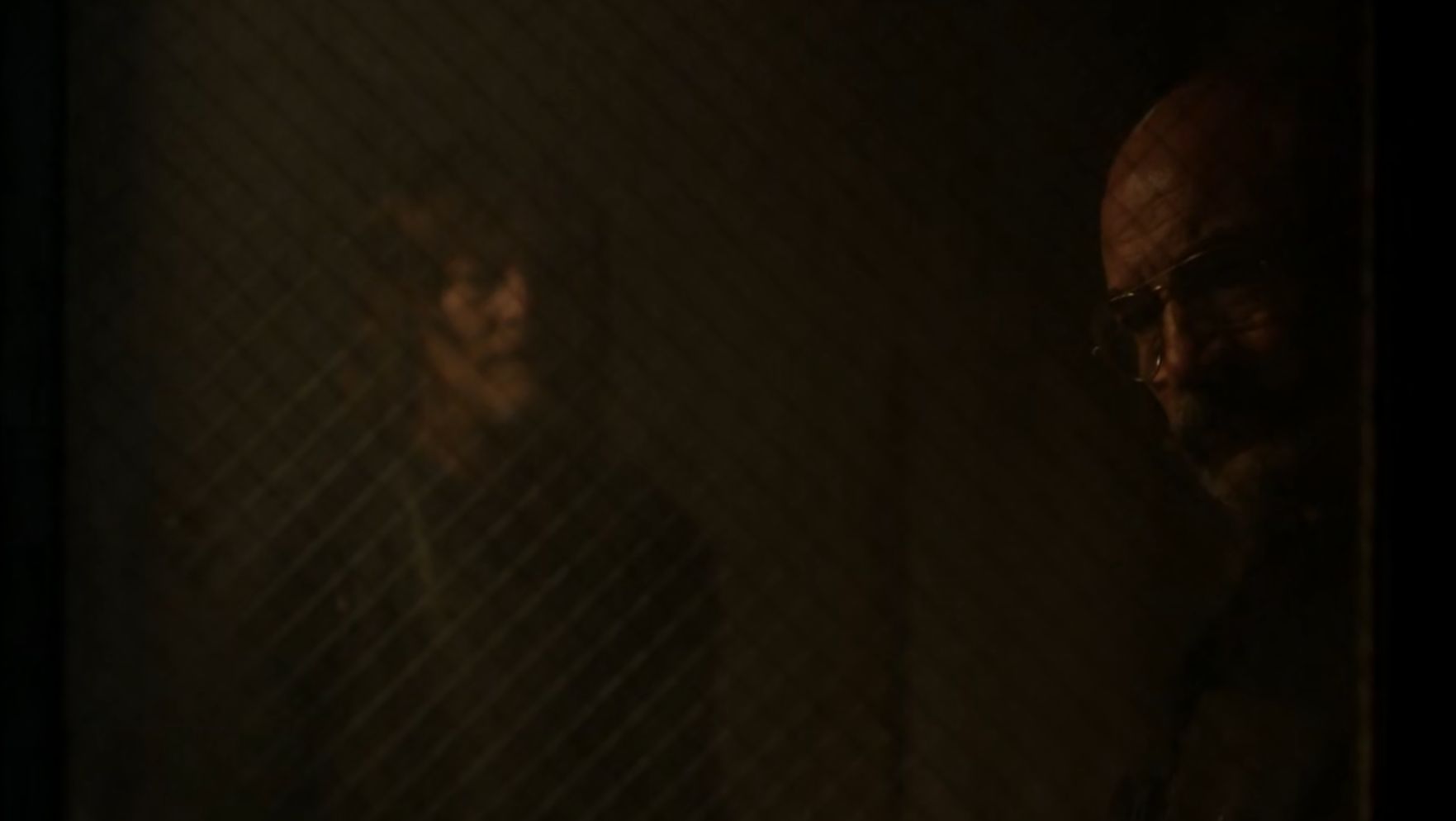 "Does this bother you?" Pope asked.

Careful man, be very careful what you tell to old devil, because as soon as he'd done with his bragging I could see a hint of smile on Pope. "Why don't you take a turn then?"

It must have been one of those moments, when Daryl has felt, as I have, frogs tumbling down from that gaping hole. I also have thought why did I as the waves of embarrassment has flushed over me. I think because I learned very early on my weakness with spontaneous commentary that I became stoic.

In Daryl's shoes, the only thing I'd have thought is to get over as quickly as possibly. A mistake for certain, but Daryl responded the same way, while Pope smirked like Walter White. It's just when you think what Pope's company had done in a-stan and other locations, Daryl's performance was definitely lacking. Big time ... until he took a finger.

Frost was so badly beaten that taking a finger at that point would have mattered.

Daryl told him to tell the location and it turned out to be true. But why Maggie's party was still in the house? Nobody else was coming but the enemy.

I'm glad that they decided to ditch the basement, while Brandon was being stupid or rather clever on not trusting the new man.

"One thing that is quite clear is that Connie has changed, also," Ridloff told Decider via an American Sign Language interpreter when asked if her return might reignite "sparks" between Connie and Daryl, who has changed since she saw him last. "She's in a different place mentally, as opposed to before the cave. And now when she actually, finally reunites with part of her group, her sister specifically."

"So I do think that Connie now has some PTSD that she's dealing with, and she needs to deal with that first and how that actually affects her and her relationships," added Ridloff, "whether it be with Daryl or her reentering into that community again. So only time will tell."
Click to expand... 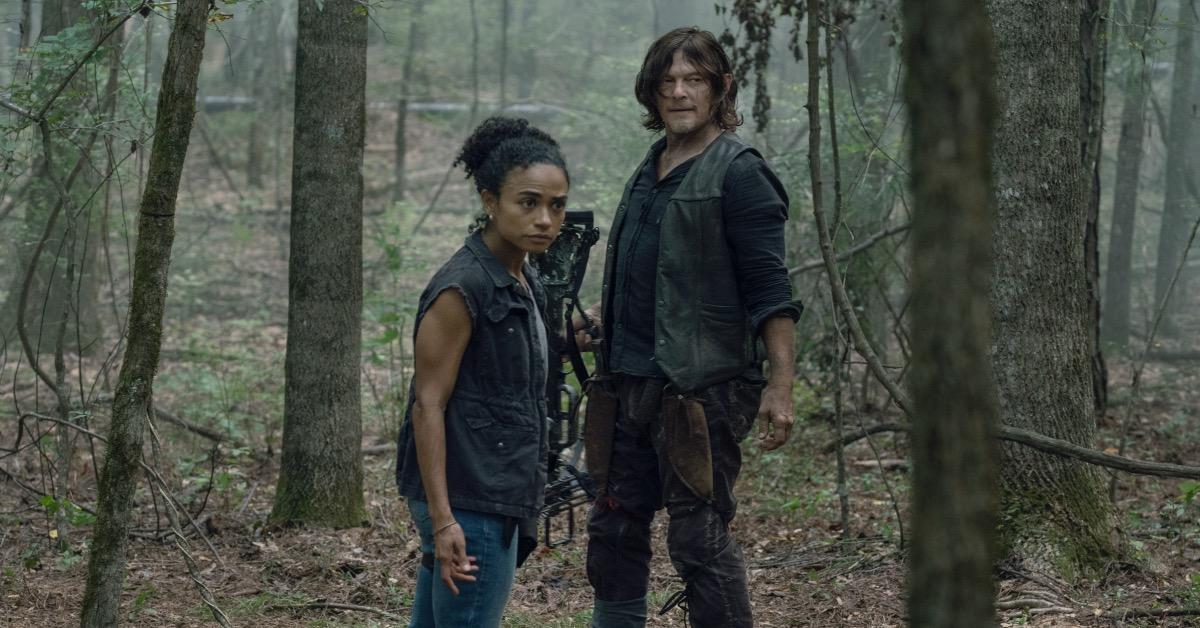 Connie's back on The Walking Dead, but star Lauren Ridloff says 'time will tell' what happens [...]

"Right now of course they have the Donnie shippers and the Caryl shippers, the wars with the fans. But I think it was just a moment to show everybody that Connie and Carol are two very mature women who have a relationship and a rapport outside of this man, that he doesn't even have to be involved," Ridloff said last year on Talking Dead, referring to a tender moment between Connie and a claustrophobic Carol. "And the fact that Connie was able to do something that involved just the simple touch of the hand, and to have that moment of humanness, it's almost like holding her hand. Holding her hand would have been babying Carol, and it wasn't anything like that. I think it was a creative way for Connie to give Carol that support."
Click to expand...

Thank you for allowing me to edit my posts. Nobody had informed me about the change, but at least now I can rewrite my errors and put more thoughts into the posts. Thank you.

That was horrendous, those cannibals terrified me more than the dead. Connie's part being silent added to the tension, masterful. Think it was an episode of fear that made me shudder before with the rats in the wall.
Not often we get a happy ending but Connie and Kelly's reunion was sweet, even when surrounded by death there can joy.

I think Frost has given up Daryl, Pope will have a fitting punishment.

In an excellent interview with Winter Is Coming, executive producer, special effects legend, and “On the Inside” episode director Greg Nicotero discussed everything that happened behind-the-scenes to make these new antagonists scary:

“Well, it’s interesting that they have the same goal the walkers have, which is to consume you. For whatever reason. So I knew number one, they had to be different. We didn’t want the audience to think that they’re just zombies moving fast. So we went with the hair, we did some little tabs under the eyes so that the skin would pull down under the eyes. We had eyebrow blocks and some prosthetic pieces on them just to make them look just a little weirder, a little angular. We paled them out and used more blues on them instead of the brownish greys that we use on the zombies.

“But for me it was really important to have the movement. So the first thing I did was I collaborated with the stunt coordinator and said, ‘Look, I want you to film people on all fours running as fast as they can. And that’s using the set, using the set by climbing up the side of the wall, or leaping off a piece of furniture ... I knew that the movement was going to be absolutely critical and I loved the idea that they can come out of a corner or they can be perched on top of a piece of furniture and that they could be there the entire time.”
Click to expand...