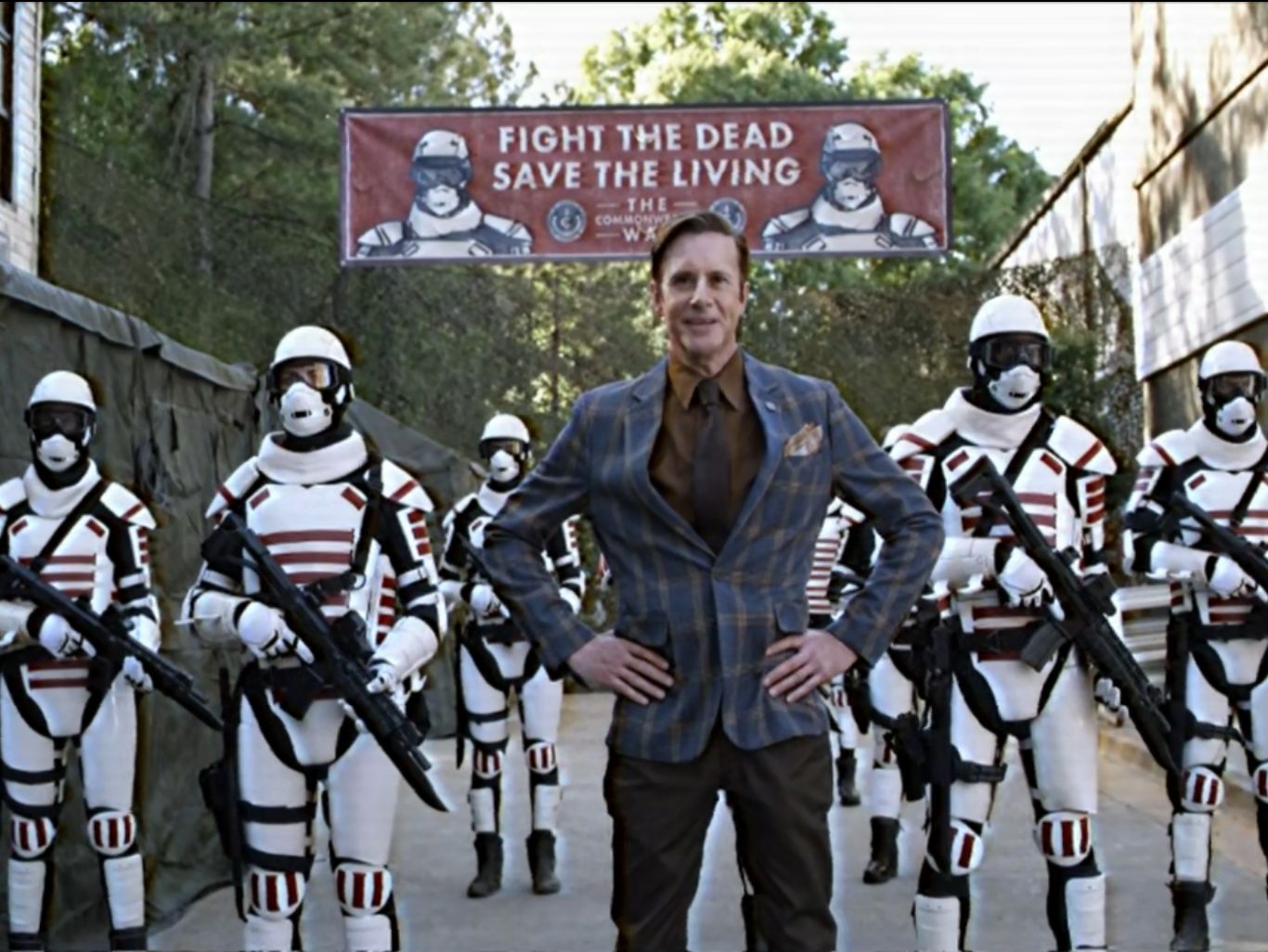 Aaron, Carol, Lydia, and Jerry go to the Hilltop ruins for blacksmith tools and nearby game; Eugene's group goes through orientation at the Commonwealth; Maggie and Negan trudge through the woods; Judith and the kids clash with teenagers.
Click to expand...

I apologise for not posting on Monday. I was still suffering from three day long migraine. Sorry, couldn't do it.

When did Aaron become a Daddy? I get that we were seeing a dream at the beginning, but it's not the only scene where he has been with the kids. Overall, even with taking them out, he has been one since the Road to Alexandria.

I get that Jerry is the unfortunate bear, but Aaron has been on so many things and yet, he is so fluffy and lovable. It was so weird that he's suffering from PTSD induced nightmares and on the next moment, he's fully into closing a strangest breach in TWD history.

What I mean is that the wall panel had convenietly fallen off and there was nothing else to do but to fix it back in the place. How did it had come down? It certainly wasn't a pressure from a mass of zombies, because there wasn't a lot of them and it wasn't because it was heavily damage and badly patched.

If that wasn't strange, the following Commonwealth intro video just was too much. I mean what the hell? Who does intro videos in twenty first century and more so, who watches them or more of the matter, believe in them?

The moment I laid my eyes on it, I was put off and I thought, "Nah, this is all scam." Eugene confirmed it with his work orders and housing. They aren't getting back out from the inside. It is a problem if the Dead start uprising in the inside. 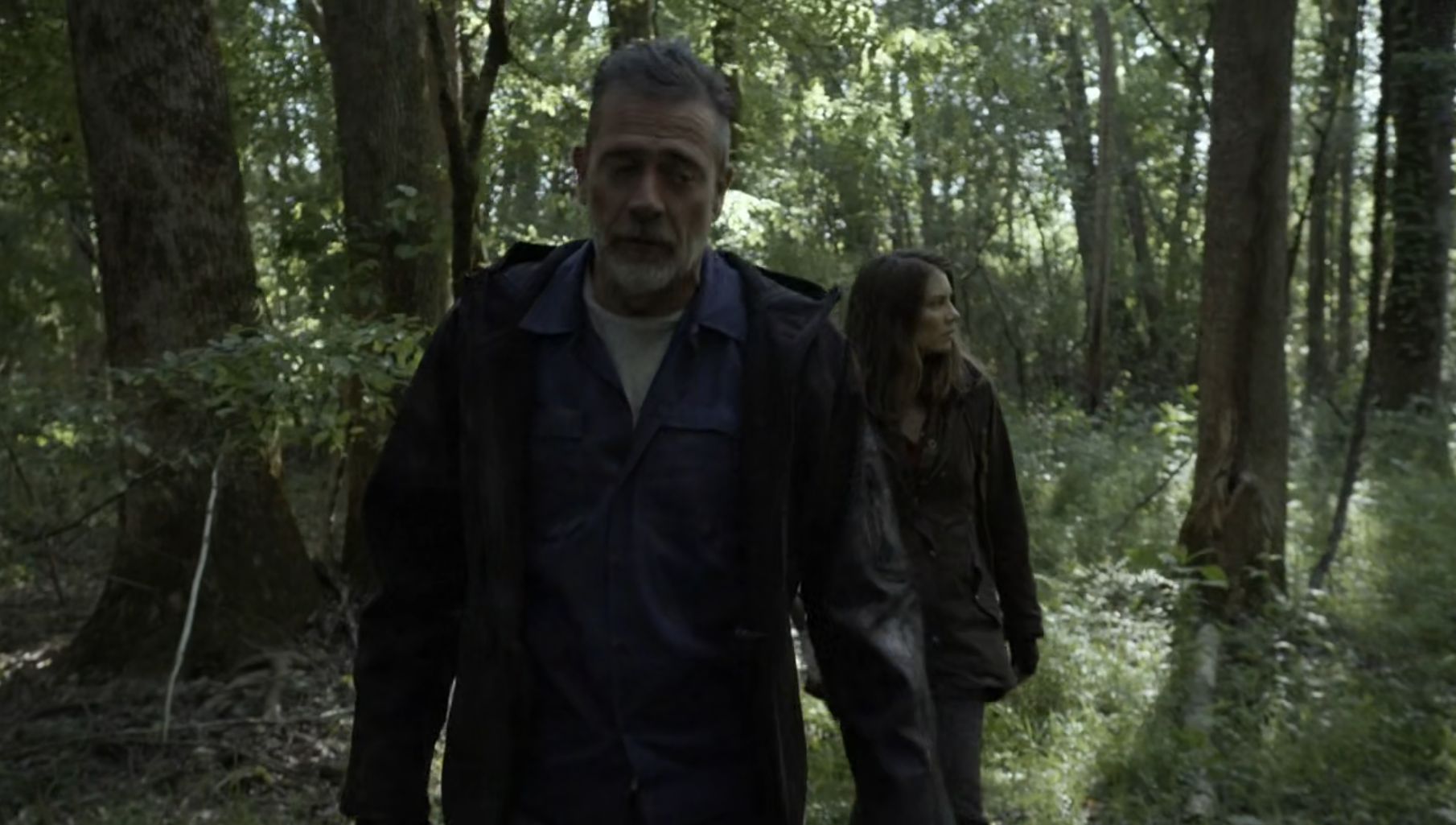 Oh Negan, you're not the only living in a nightmare. You never wanted the detail but it fell on your lap and there's nothing you can do to make Maggie's head to turn. He is right, they both need to trust each other and not go around like devils on moonlight.

Frankly I'm tired of them bickering at each other and I wish they would either get on with it or kiss and make friends. Also I was super disappointed that they put together a ten man strong group for Maggie's stash and it turned out to be something one man can carry ... if they have a proper rug-sag.

All of the losses for next to nothing, while it should have been a pile of things that two men could not carry. All while our group was enjoying Old World luxuries in the Commonwealth. What Eugene said is that all of them could do with what we call a normal life.

Maybe they should all move in and accept the ways of the Commonwealth, because the struggle out there is horrific. Yumiko's brother really didn't want to go back out there and he was convinced that the life inside the Commonwealth is good. 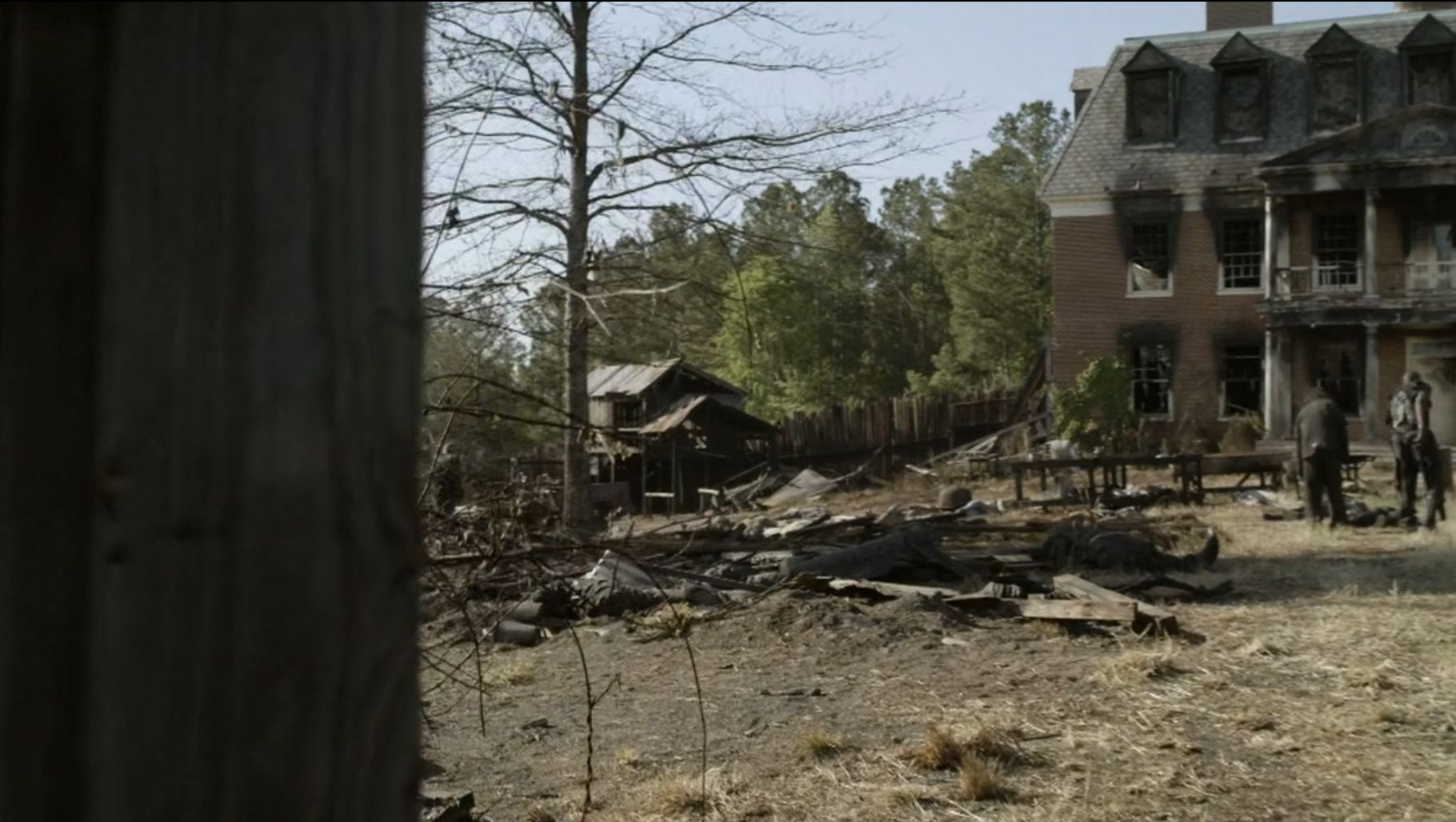 Hilltop. It is a sad look and a lot of things got burned. But those walls they are still strong. The Main House didn't collapse. In fact, it didn't burn out completely and more so the blacksmith shed is almost completely intact. I get that it doesn't help with the growling stomach, but they are still moving and none of them look like living skeletons.

They all have energy and a lot of them look super healthy. Honestly I don't think Jerry has lost a kilo, even though starvation should be most evident on him. Aaron found a great rush of energy, when they realised that a Whisperer was herding Dead in the yard.

If they are back for another round I don't think ASZ is going to last. Thing that would best would be alliance between two groups. Whisperers staying outside, while getting help from inside and people at inside, relying on Whisperer knowledge. It's better to have a devil you know watching your back, then being with one you don't or have nothing.

Aaron and his partner adopted Gracie as a baby, think it was during the war with the saviours.

I really liked this episode although it does feel like the calm before the storm.

The Commonwealth frightens me, to good too be true, don't think they will help our people.

Aaron, I've always thought one of the most levelled headed, now we know he's tormented by demons. Nightmares, fear of losing Gracie, his torture of the whisperer was hard to watch. Carol with tears streaming intervening, telling him not to go down that path was a nice touch.

The teenagers, how stupid are they? It's not as if they've been living safely behind the walls not really aware of the dangers. Then for them to break Judith's hand prints, nasty brats. Can't say they're to young, Lydia and Kelly are around that age.
Loved Judith as arm's master teaching the little ones.

Maggie and Negan, will either kill each other or end up in bed.

I hope they don't tell Kelly that Connie may be alive, if she's not it will break her.

nixie said:
The teenagers, how stupid are they? It's not as if they've been living safely behind the walls not really aware of the dangers. Then for them to break Judith's hand prints, nasty brats. Can't say they're to young, Lydia and Kelly are around that age.
Click to expand...

The difference is that they are sheltered kids and Lydia was a long time ago with the Whisperers, while Kelly and her friends were lost for six years. So there is that old world mentality and with the boys they get weird at teen years. A lot of them try to prove that they are the alpha male and there are a lot of alphas in ASZ, so they get the model from there.

I'm glad that I wasn't the only one thinking it.

I can still feel a dull pain, but worst of it is over. I hate what it does to me.

nixie said:
The Commonwealth frightens me, to good too be true, don't think they will help our people.
Click to expand...

Yes! The Commonwealth, with its idyllic scenes and ice cream stands projecting the good old days of normality seem like extended version of Woodbury. Rules and regulations, law and order -- even a "Governor".
I have a growing suspicion that something dark and nasty is at the center of all this sweetness and sunshine.

Maybe both.
A Berg's Eye View
"Humor (Humour) for the Meme Streets" 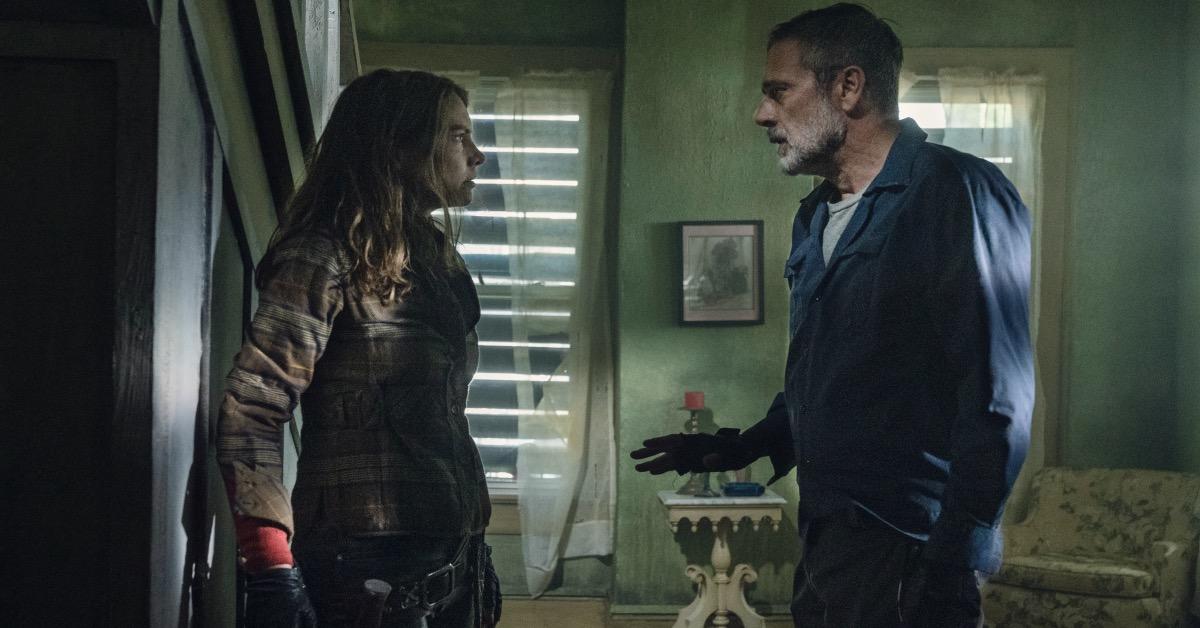 Things get physical and tensions are building between enemies-turned-allies Maggie (Lauren Cohan) [...]

Lots of people felt the same way, but the way Angela describes the scene it wasn't in the script. The whole sexual agenda isn't there, but if our Negan would have been Comic Negan then I'm pretty sure that hanky-panky would have happened. And that would have been awkward to explain to padre rushing into the house.

I watched this Tuesday morning, but forgot about the forum.