Who is your Favorite Hero's Sidekick In Fantasy , Science fiction and Horror and Conventional Adventure Stories ?

This is a thread about the hero's sidekick , he or she who, ends up doing just as much hardwork risk as the hero and gets far less of the limelight or glory than the hero. This covers, movies, televisions , books, graphic novels , comics books and yes, computer games .


So , who are your gavotte sidekicks.

Muttley is probably my favourite; he's always put upon, but always ends up getting the upper hand (paw?) in the end.

"Gavotte" sounds like one of those old fashioned Jewish words.

My dad used to watch Hercules and Xena, so i always remember Iolaus and Gabrielle as two great sidekicks. (Although i have to confess that i've never seen them, they did look like good,light hearted fun.)

Were R2-D2 and C3-P0 sidekicks? I always felt so. If they count, they're definitely my favourite sidekicks.

'Clicky-Ba' from The wolf of Kabul

Pinky and the Brain. Yes, Pinky was as thick as half a dozen planks but really funny.

Indiana Jones' dad. I like Harrison Ford, but Sean Connery stole the movie.

There's no side kick better than Spock. I was never enamored with Captain Kirk. But I so wanted to be Spock!

There are a few.
Star Wars was always more interesting for the sidekicks, Chewbacca, R2D2, and C3PO.
Doctor Who had K-9, and Sarah Jane Smith. More recently, Martha Jones stands out.
And, then, Zen and Orac from Blake's 7. Computer characters who were as important as the humans.

There's also, Phillipe Gaston, The Mouse, from Ladyhawke. The protagonist of the film is the sidekick to the strongest knight around, along with the knight's hawk. He's basically the perfect narrator for a story, and a completely unreliable one, in that he thinks that he is the hero.

Finally, and favourite for me, Deputy, then Sheriff, Nicole Haught from Wynonna Earp. Cult TV at it's best.
S

The Doctor's Companion(s), because they are constantly changing and some of them are really excellent; resourceful, entertaining and in (in particular) at their best they provide the Doctor with an emotional gauge for his (/her) conscience.

Especially honorable mentions IMO to Sarah-Jane Smith, Leela, Romana, Tegan Jovanka, Rose Tyler, Martha Jones and Donna Noble. They all made their stories at least as enjoyable as their respective doctors did.
B

Droflet said:
Pinky and the Brain. Yes, Pinky was as thick as half a dozen planks but really funny.
Click to expand...

And there are the odd occasions, where he could be very preceptive too.
B

I would have to say Moonglum. He was the traveling Companion of Elric of Melnibone.
B

Danny McG said:
'Clicky-Ba' from The wolf of Kabul

My garden may be smaller than Rome, but...

What about Agent 99 and Maxwell Smart.

I'm thinking of Barbara Feldon and Don Adams in the original series here. I haven't seen the film.
B

farntfar said:
What about Agent 99 and Maxwell Smart.

I'm thinking of Barbara Feldon and Don Adams in the original series here. I haven't seen the film.
Click to expand...

The film is decent but, doesn't the characters in the tv series.

BAYLOR said:
I would have to say Moonglum. He was the traveling Companion of Elric of Melnibone.
Click to expand... 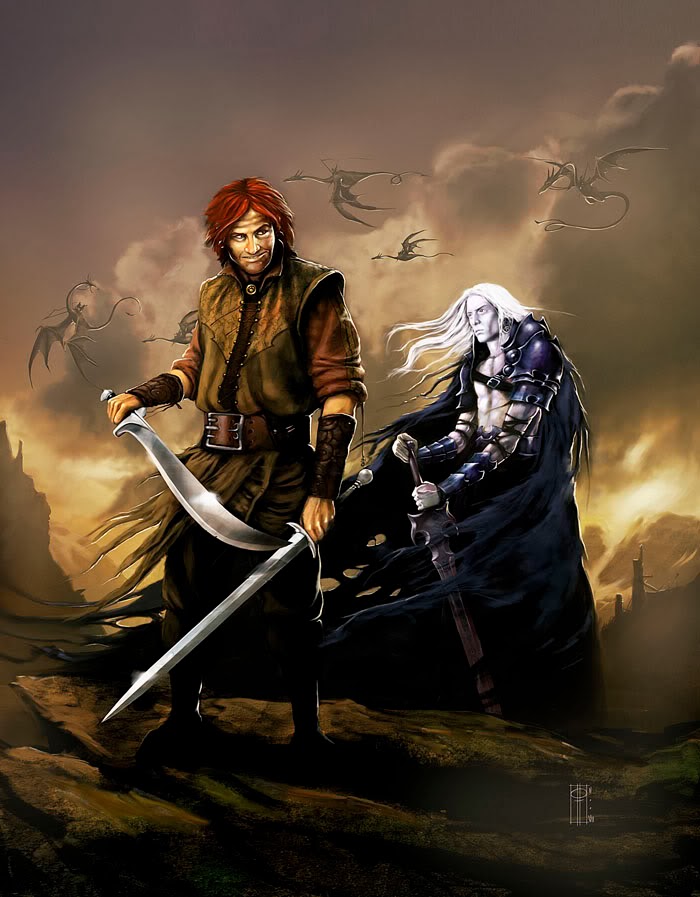 The Eternal Companion, also known as the Companion to Champions, is a cosmic archetype, and manifests as the various "sidekicks" of the Eternal Champion. The Companion, generally speaking, is more easy going and lighthearted than the typically brooding Champion, and often, but not always, serves...