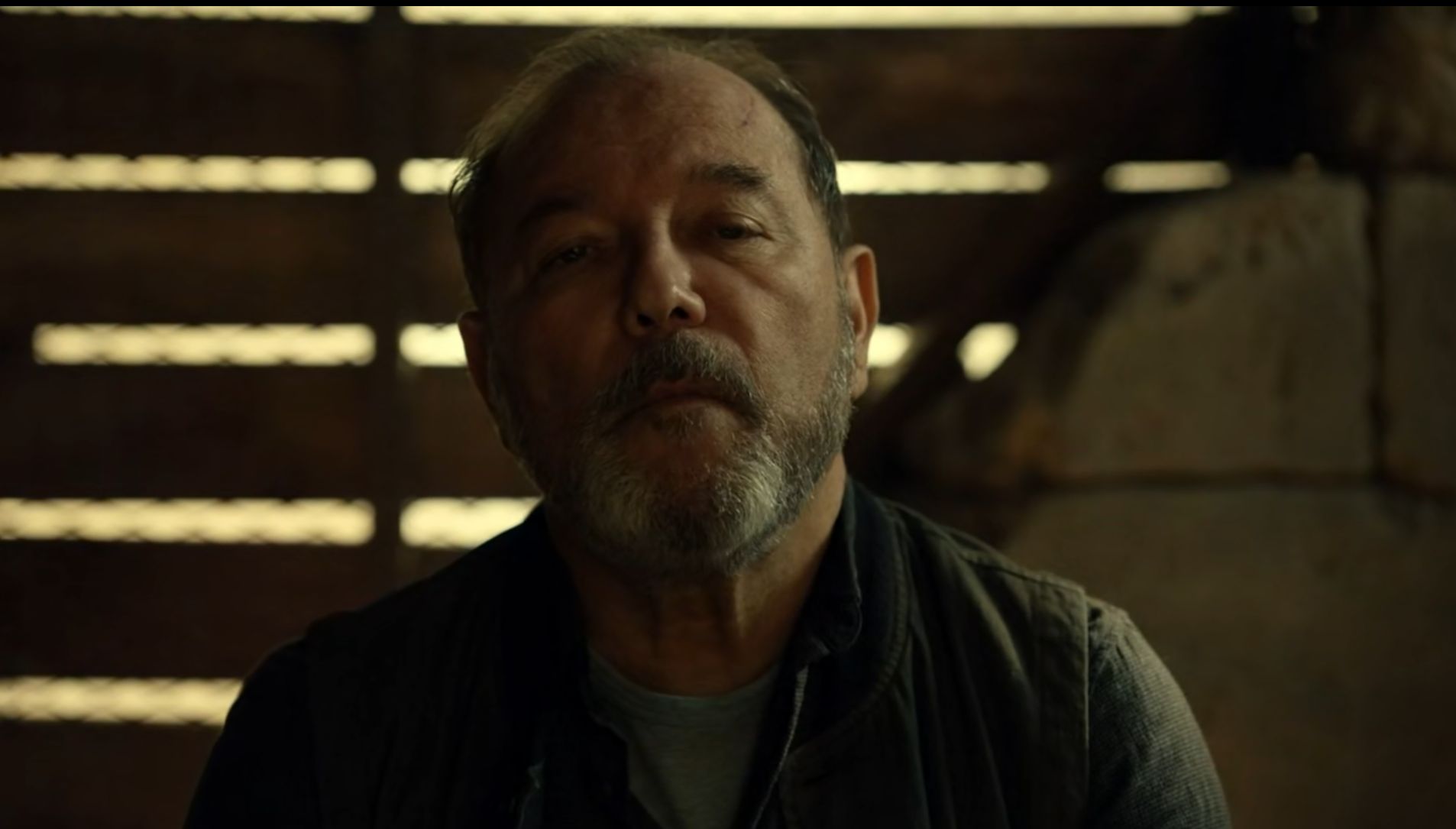 Daniel is tasked with keeping the peace but will need to face his own threat to protect his friends.
Click to expand...

If the previous two episodes were filmed before the lockdown and the rest during the lockdown then we know that the crew centric episodes are going to be going away for a little while. And instead of them we get the character focused ones. I think it's a good thing.

Daniel has been with us since the first season. He has been good and he has been bad. And he has shown trades that are rare in the Kirkman world. Like for example being a fully trained and experienced Intelligence officer.

It's just we still don't know what happened in the jungles, before he moved to LA and became a barber. Not really but in that brief flashback a number of years ago, it kind of showed the Dead coming back alive.

The question in mind is was he damaged by then or did his mental balance tip over after the Dead arrived? 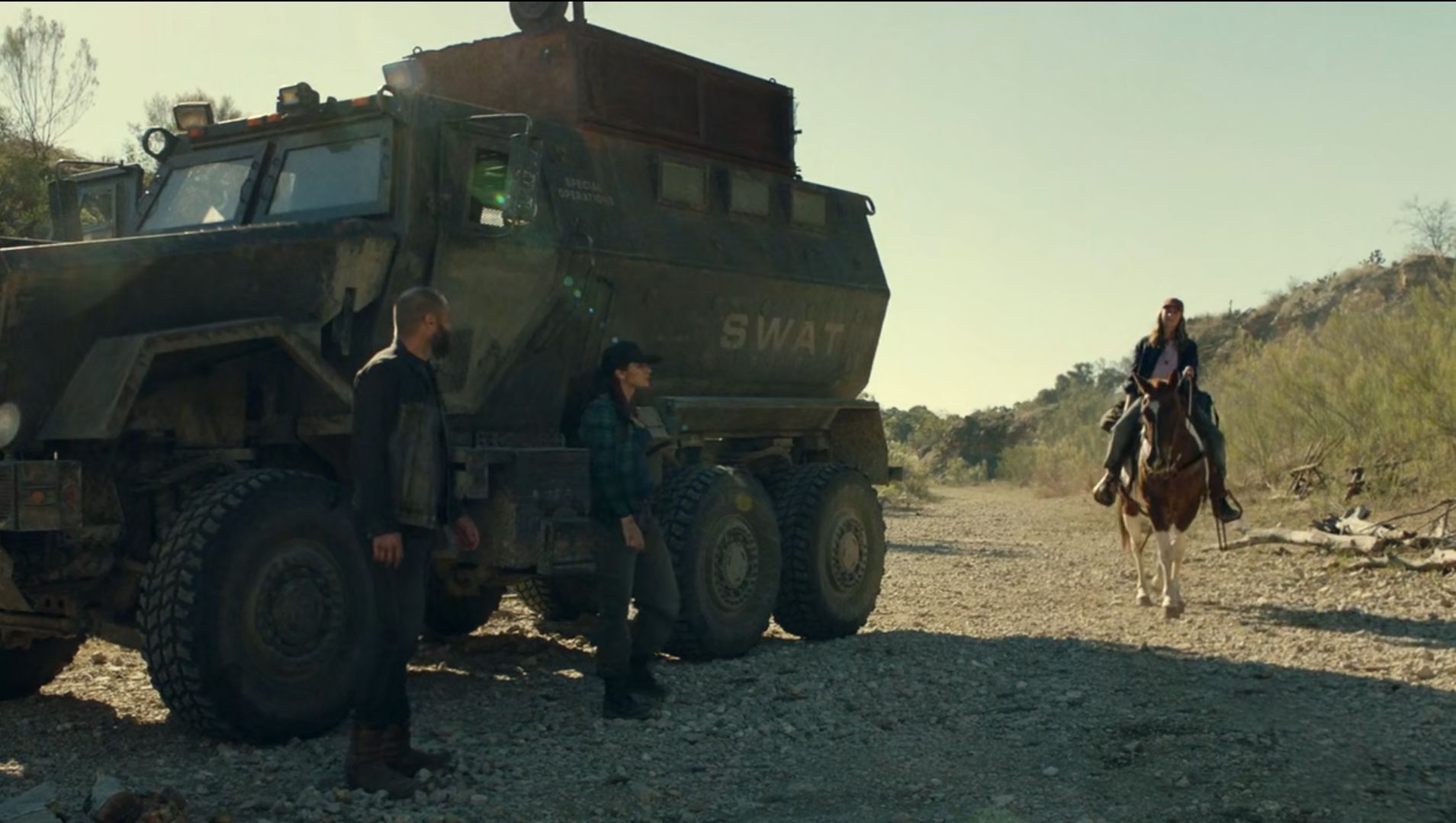 So two things. First, Wendell is alive and is eager to get back into the trucking business. Two, the ZombieWagon is a gas guzzler, but we already knew that. It's just has dawned to them that the petrol has its price, even in the post-apocalyptic world.

The life is not easy, when each one of the groups aren't working together even though the gang should be pulling together. Morgan rules or not. To me it was a good idea to lock away the weapons at the gate. 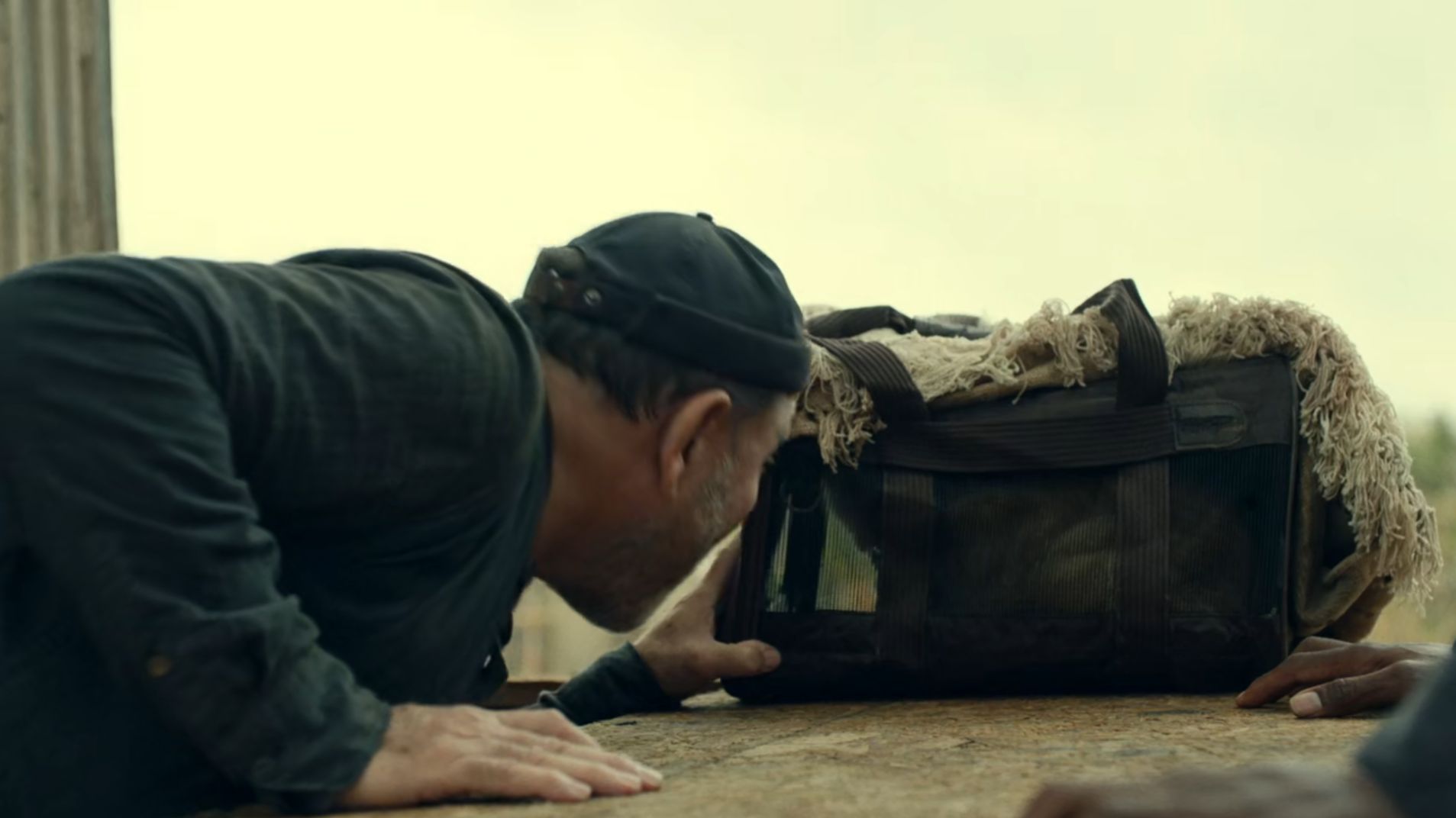 Skidmark. The boy has done well and he did his duty, by not doing his duty. I bet his bollocks are now super clean after all that time spent in the bowling alley.

I have had and I still have a cat, Precious, who is allied with the enemy ... as long as suits her. Nobody is touched unless she really wants to and it's time to have a scrap. But that is the thing the cats will never do anything unless they want to, otherwise it's left untouched, unwanted.

What's more is that Daniel recognised the cat as a peace offering. But it troubles me that Daniel was left in charge, when we know how far he has gone in his missions on finding the truth. It also troubles me that he didn't order anyone to make weapons, when the firearms went missing.

They are all veterans. They all know how to handle themselves when the Dead arrives.

The thing that troubles me more is the fact that Daniel let the Dead in the Morgan's camp. According to his own words, "To find out who stole the weapons?" 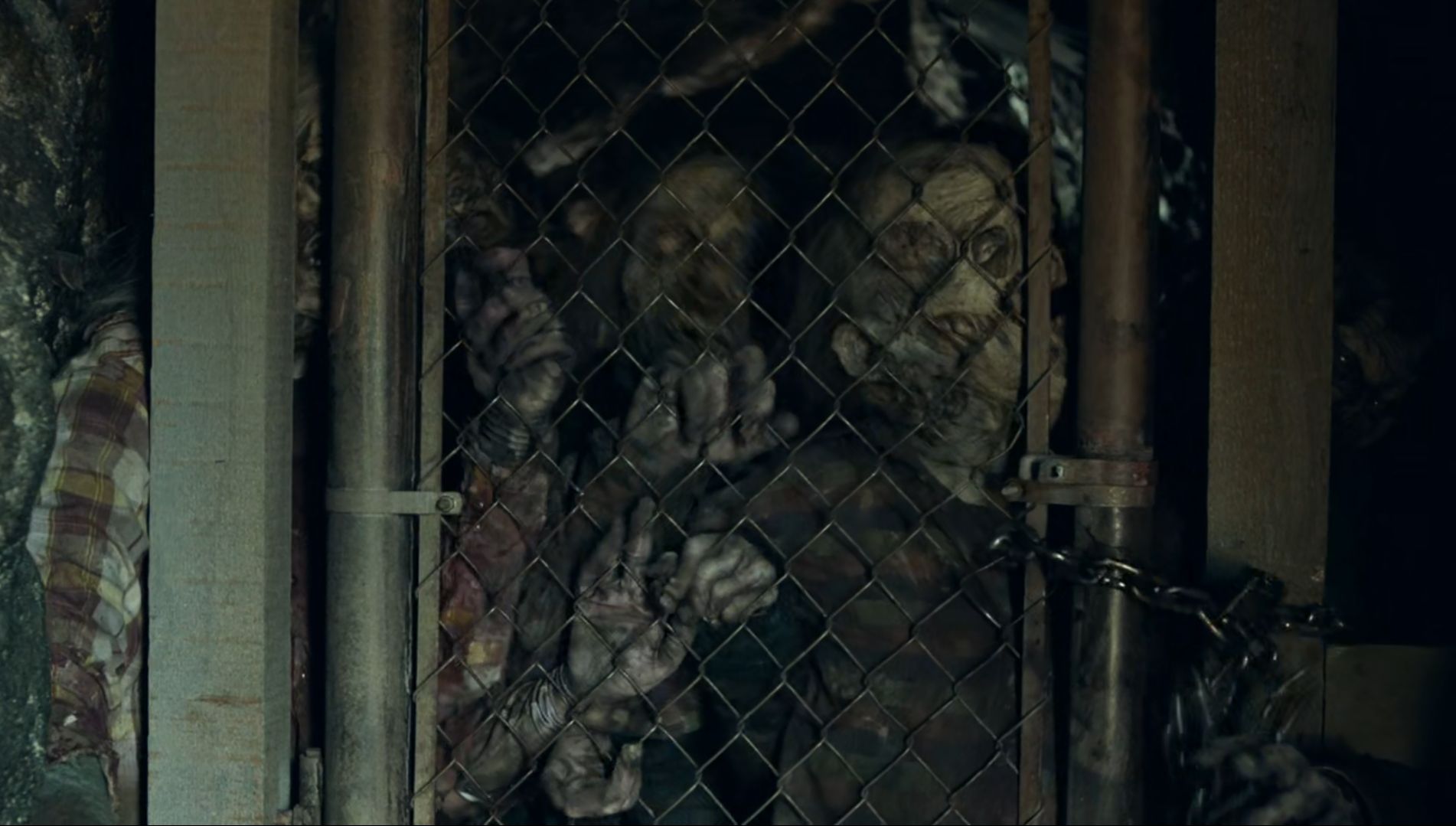 "The gate is not going to hold the weight of the Dead?"

Was this line given to the prop team, because that gate is going to hold. 4 x 4's, metal bars, the chainlink and the lock on the right side. It will hold, because there is no way for the Dead to maximise the pressure and more so if they have no incentive, or no sight to the living they go back to their business.

More so, if they would have started dealing with the dead, a corpse pile is another layer on the defences. There is never going to be enough of Dead to be able to pop the gate. They would need to develop skills and tools. 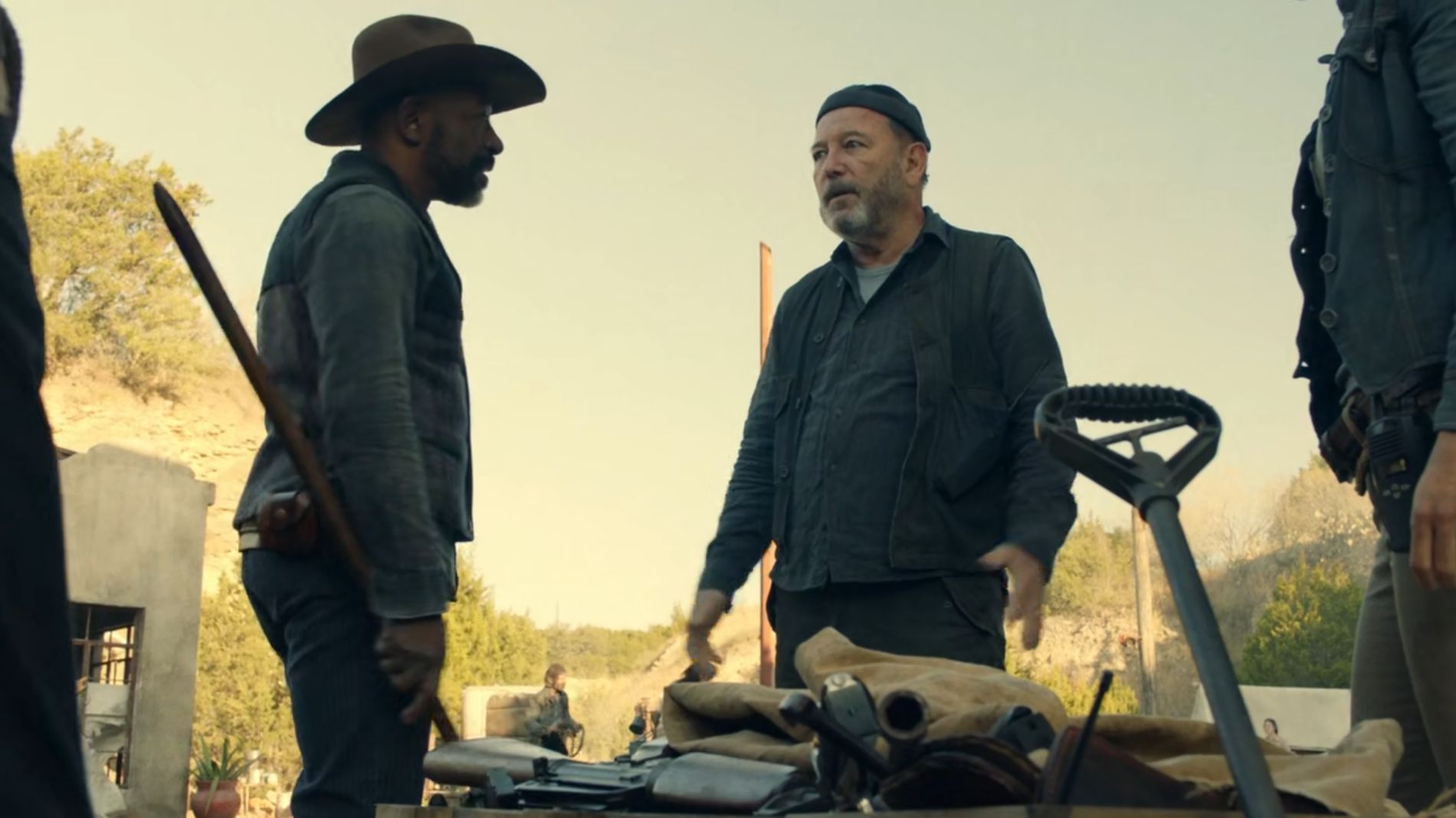 "How did these weapons end up in your shed, Daniel?"

Is he going senile? He tried his best to blame others then himself. When Morgan pressed the issue, Daniel became unsure. It kind tells me that he's losing the identity of what he was and with it, the memories.

At the end, June ruled out the senility, but assumed that it's all psychological. June also said that she out of her league with what's happening with Daniel. At the end, it was right thing for Strand to offer a settlement for the old man and his cat.

Maybe he will never get better as he is so deep in that role, and his been going with his lies for so long that there is no way for the old man to turn back the clock. What do you think?

The grooviest song in TWD history.

Overall I think it was a good story even if very little happened. It was all just a meeting in the aftermath and none expected to come out from it with Daniel losing more of his marbles. Is there a retirement home option for the elders?

Wendell's limited appearances this season are explained by Mitchell's series regular role on NCIS: New Orleans, where Mitchell plays computer specialist and hacker Patton Plame. Season 7 filmed between September 2020 and March 2021 in New Orleans, according to information available via Film New Orleans, conflicting with production on the second half of Fear's sixth season.

AMC paused production on Fear's sixth season in March 2020 due to the burgeoning coronavirus pandemic and restarted late summer in Texas. Filming on the remaining nine episodes of Season 6B wrapped in early March 2021.
Click to expand... 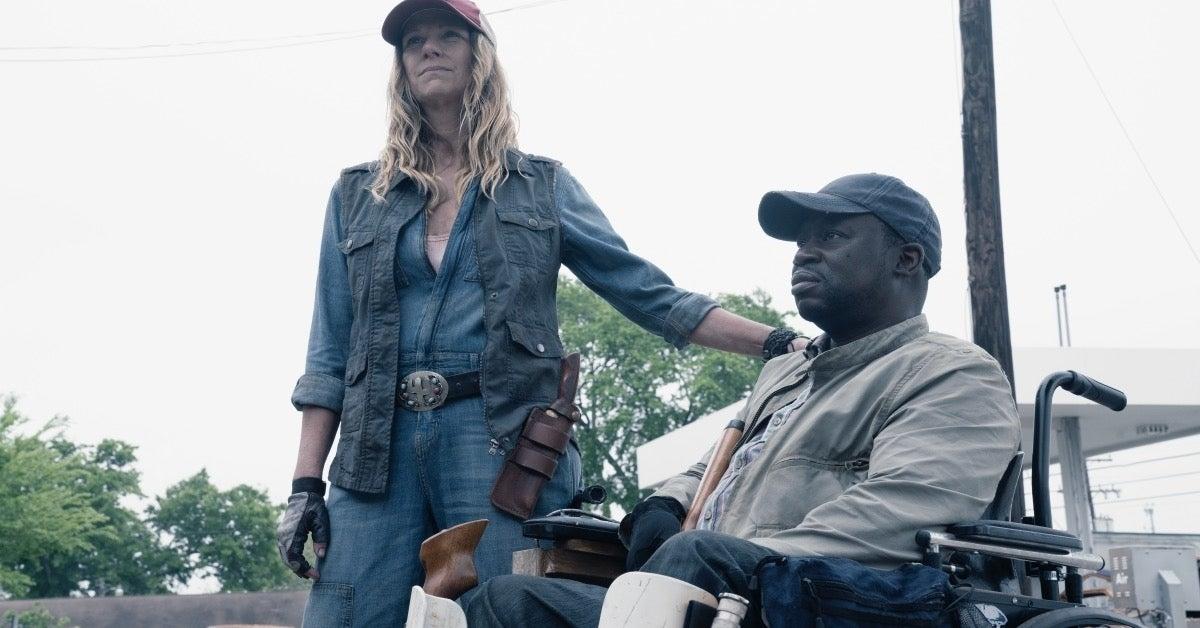 What Happened to Wendell on Fear the Walking Dead? Daryl Mitchell's Absence Explained

Fear the Walking Dead has not forgotten about Wendell (Daryl Mitchell), who is part of a [...]

Morgan may be onto something in questioning whether Daniel is again faking mental problems.
If any character in the series is tough enough to keep a tight grip on reality, it's Daniel. My best guess as to his motive, assuming that he hasn't actually gone cuckoo for Cocoa Puffs, is that he thinks Morgan's settlement plans leave the group too vulnerable and wants to see them keep moving to safer territory. If Daniel hadn't been exposed, he certainly would have succeeded in making them feel vulnerable.
Having Daniel tell the tale was a great way to throw in the twist. I never suspected that he would be the perpetrator in this whodunnit episode.
A Berg's Eye View
"Humor (Humour) for the Meme Streets"

REBerg said:
Having Daniel tell the tale was a great way to throw in the twist. I never suspected that he would be the perpetrator in this whodunnit episode.
Click to expand...

Neither did I until it was too obvious. When the dynamite blew I though who of all people has demo training and there's not that many people in the group. Time fuse would have solved that, but in his mind, the way he was facing the blast ... he's crazy.

REBerg said:
Morgan may be onto something in questioning whether Daniel is again faking mental problems.
If any character in the series is tough enough to keep a tight grip on reality, it's Daniel.
Click to expand...

I don't agree. A number of Intel agents has lost their marbles. The most famous example is probably Carrie Mathison from the Homeland. Also there is a strong evidence pointing out the fact that many in deep undercover loses their identity.

The showrunners claimed that it's part of the PTSD and personally I have had problems with some memories and some I've completely blocked ... until something triggers them. But to Daniel the loss has been ongoing for a little while. In some way his trauma keeps going because there is no safety in the Kirkman's world. No retirement option.

One thing that we haven't seen is a natural death ... of old age. Everything else has been more and less violent.

ctg said:
"The gate is not going to hold the weight of the Dead?"
Click to expand...

It was the later line that got me - "The gate wasn't built to take that much force!" - it was a line that could have been spoken by any redshirt on Star Trek or in any horror film where they all go on to die horribly. I was quite sure they were all goners!

ctg said:
June ruled out the senility, but assumed that it's all psychological
Click to expand...

As a torturer and intelligence officer, it is quite likely that he was on the receiving end as well as giving it. I've no doubt that would have done things to his mind. As June said, he slowed down and it surfaced.

ctg said:
no way for the old man to turn back the clock. What do you think?
Click to expand...

Maybe with a qualified doctor of psychology. But with June going to read some books about it, it wouldn't seem very likely.

REBerg said:
Having Daniel tell the tale was a great way to throw in the twist. I never suspected that he would be the perpetrator in this whodunnit episode.
Click to expand...

No, neither did I.

REBerg said:
Morgan may be onto something in questioning whether Daniel is again faking mental problems.
Click to expand...

Possibly, he is an excellent liar, but he wasn't very convincing here, or very successful if it was all an act.

ctg said:
I don't agree. A number of Intel agents has lost their marbles. The most famous example is probably Carrie Mathison from the Homeland. Also there is a strong evidence pointing out the fact that many in deep undercover loses their identity.
Click to expand...

That seems much more likely than some kind of triple bluff.

Nice to know both Skidmark and Wendell are both still with us.
Daniel I do think he does have PTSD resulting in memory loss and paranoia. He doesn't trust Strand, with good reason.
His subconscious made him hid the weapons, he genuinely believes that Victor will betray and destroy everyone, was surprised he went with him, he also recognises he isn't right and needs help but he is right about Strand, it's his nature too betray.
Daniel also sees Charlie as a substitute for Othella.
I am enjoying this season and really hope I'm wrong but it feels like it's turning into the Morgan show. We have some excellent stars who have made the show, Alicia, Al, Strand etc would be a shame for them to become side characters.

I'm aware last week was about John, this week Daniel but Morgan has played a part. The writers need to remember it's not all about Morgan.