I don't have time to do a full synopsis. If you can suspend your disbelief at all of the technobable and weird storyline in the previous two episodes, then this was not a bad wrap up. A hectic and furious pace as usual. The plot was hellishly complex, but it did have several big problems that I couldn't get over:
Also, why is Osyraa's scientist spared the beam out? He enabled her. He is just as guilty as any of her other minions.

And they finally found some time to replicate the new uniforms!
A

It was a very packed hour finale, but I thoroughly enjoyed it.

I still don't get what they tried to accomplish with those mini robots. It's like they had an idea, but it ended quite weird.

Finally, we found out what caused the burn. Not something that can happen in real life. that's for sure.

For once, I was happy with the end of the seaon. No more cliffhangers. Well, except for the cat. Apparently, there was not time left for Grudge.

We can say good bye to the series if something happens with covid crisis and they cannot work on season 4. Anyway, there is no point for Discovery to remain in the future.

Well, this explains Michael ends up as captain again and what to expect for the next season.

Unlike previous Treks, Discovery has been playing musical chairs with the coveted Captain role since the very first season. In Season 3 alone, we saw two different characters in the captain's chair — Saru and Tilly — before the center seat was eventually given to Michael Burnham in the finale. Paradise says this was always the goal from the outset of the season.

"We knew going into the season that's where we wanted to end," Paradise says. "It was about taking her as far from that point as we could, so we could watch her journey into the captain's chair. So, at the beginning of the season, giving her that year away, and having her refuse that chair in Episode 3. And then, taking her to that crisis point in Episode 7, where she really has to decide if this is the world she wants. We've watched her over the course of three seasons, and this felt like the right time to do it. And we're excited to see what she does next."
Click to expand... 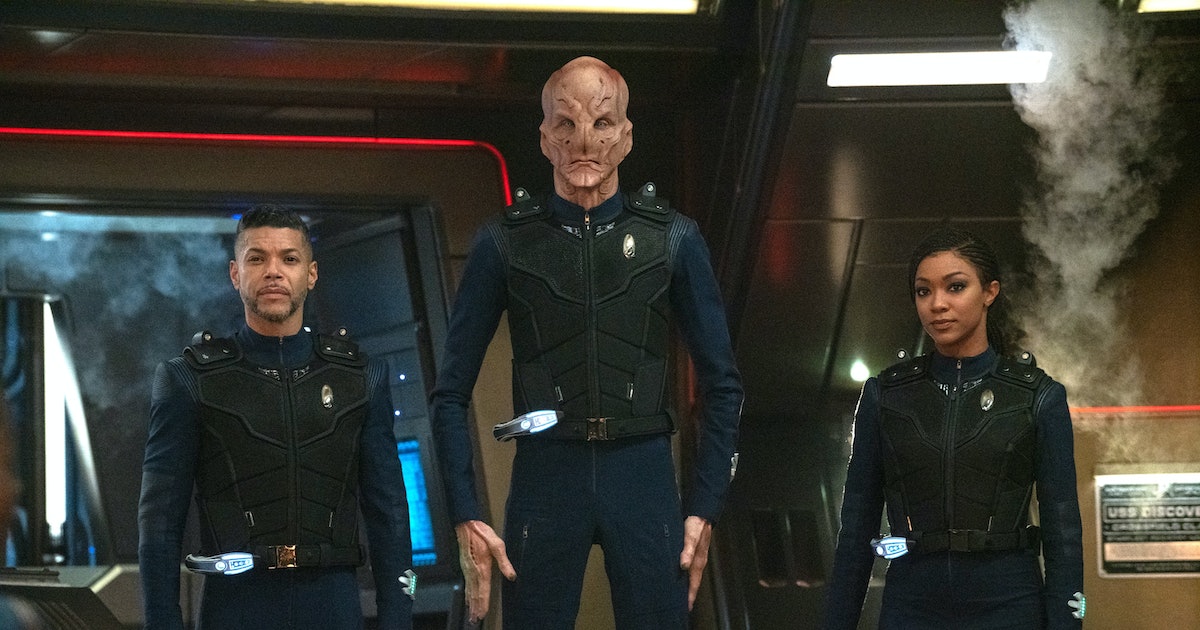 Michelle Paradise, showrunner of 'Star Trek: Discovery,' says the new loosely episodic format of the show is here to stay. She also reveals how Burnham's path to the big chair was crafted.

Can't see the justification for Michael as captain. Insubordinate at every opportunity. Probably better as the commander of a special ops group than a starship.

And other things but mainly marriages.

This is difficult question. It depends on the function of the Captain. Kirk didn't follow orders either. In that way he wasn't a good Captain either, however he was a better Captain than an Admiral. Both Burnham and Kirk are inspiring Leaders (supposedly). Being a good Leader is not the same as being a good Manager or Diplomat. That seemed to be what Picard and Sisko did mostly. A Leader inspires people and they win military battles, but is Starfleet a defence force or is it for diplomacy and exploration? Leaders have the ability to communicate their passion, purpose, and meaning to others. Admiral Vance obviously thinks that having a good Leader in command of Discovery is more important right now than having someone who will slavishly follow orders, but if he has all his Captains like that, he will be herding cats!

Which one? The Kelvin one seems to get rewarded for insubordination as well and it never sat well with me.

Shatner's Kirk was someone who rose through the ranks, had a good reputation and worked hard. He sometimes broke rules out in the frontier but not as a matter of course. His main act of insubordination was to steal the Enterprise to save Spock and Bones in Search for Spock. He was demoted for that and expected to be punished.

Dave said:
Vance obviously thinks that having a good Leader in command of Discovery is more important right now than having someone who will slavishly follow orders, but if he has all his Captains like that, he will be herding cats!
Click to expand...

Vance giving Michael command of the Discovery because her insubordinate ways got favorable results may be a great decision in the Star Trek universe, but it's not something I would expect to find in the real world.
It reminds me of a quarterback who consistently makes risky passing decisions. As long as the passes are complete, he's a genius and a hero. The moment he throws an interception, he becomes a loose cannon who needs to be reined in. If repeats his mistakes, he may soon find himself on the bench watching the backup quarterback in action.

Dave said:
And they finally found some time to replicate the new uniforms!
Click to expand...

And didn't Michael look resplendent sitting in the captain's chair? A new look for new adventures. I loved how they played the original series closing music at the end of the finale.

Alexa said:
We can say good bye to the series if something happens with covid crisis and they cannot work on season 4. Anyway, there is no point for Discovery to remain in the future.
Click to expand...

It would seem that they found a way to safely produce season three, so I have high hopes that the pandemic won't additionally delay season four.

As per the latest news, season 4 may return as a classic Star Trek. Others claim it may return with Cardassians news. 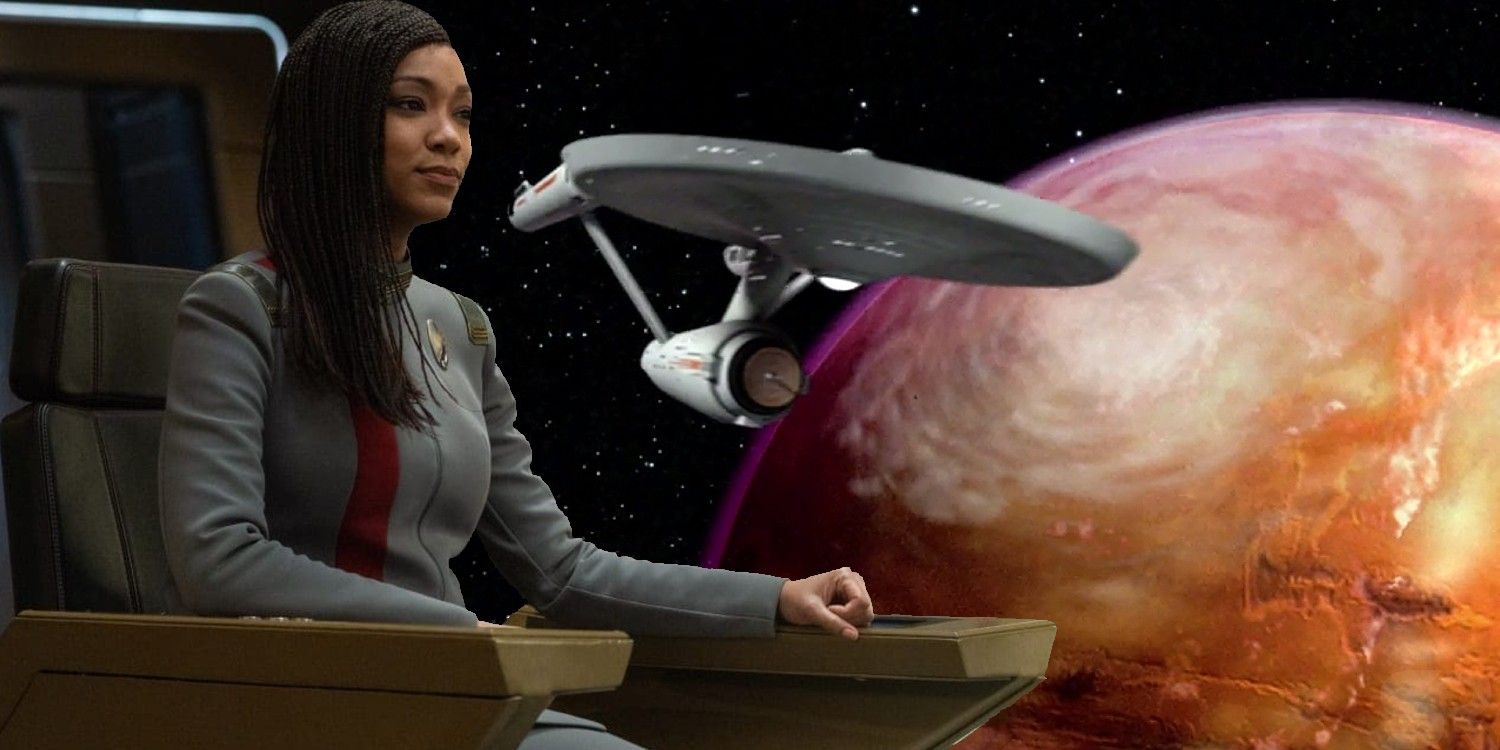 Discovery Season 4 Can Bring Back A Classic Star Trek Format

To Boldly Go where some shows have gone before! 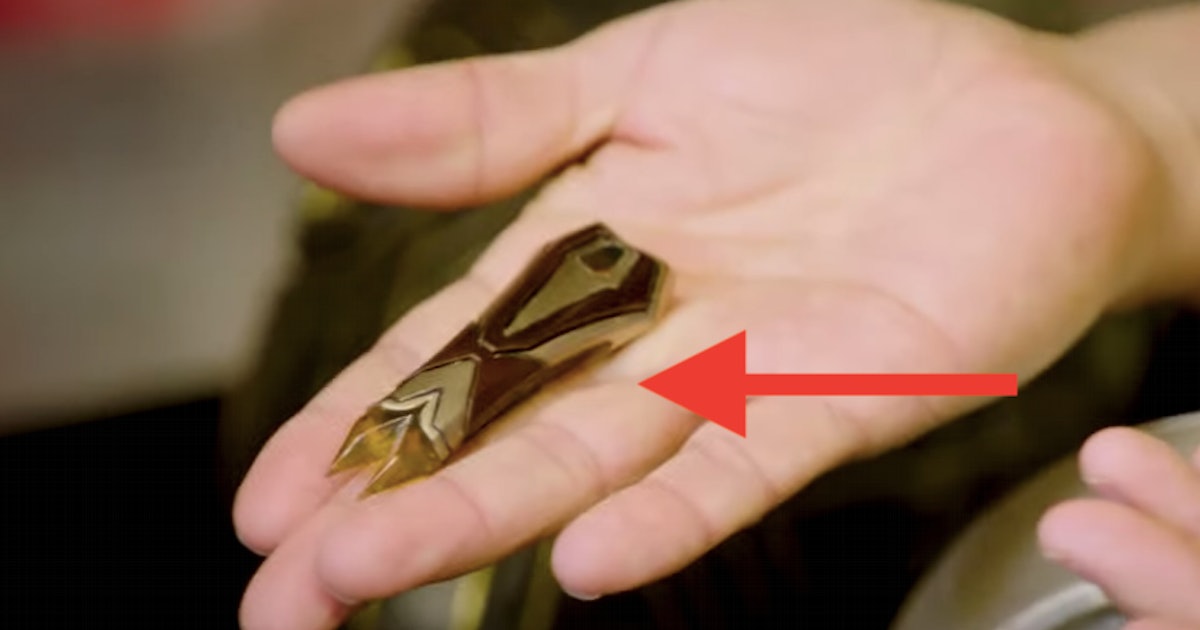 Have you been keeping up with the Cardassians? The baddies from Star Trek: Deep Space Nine are apparently, part of the Federation in 32nd Century. Here's what that could mean for Star Trek: Discovery Season 4.

CBS has yet to reveal the next season's official debut date. However, the network revealed that the cast and crew started filming back on November 2, 2020 in Toronto. Despite the COVID-19 pandemic, Discovery Season 4 began filming roughly nine months after Season 3 wrapped in February 2020. As of this writing, Discovery is the only live-action Trek series actively filming. This means it will almost certainly air before Picard Season 2 and the debut seasons of Strange New Worlds and Section 31.
Mid-to-late 2021 is a good bet for when we can expect to see Discovery Season 4.
Click to expand... 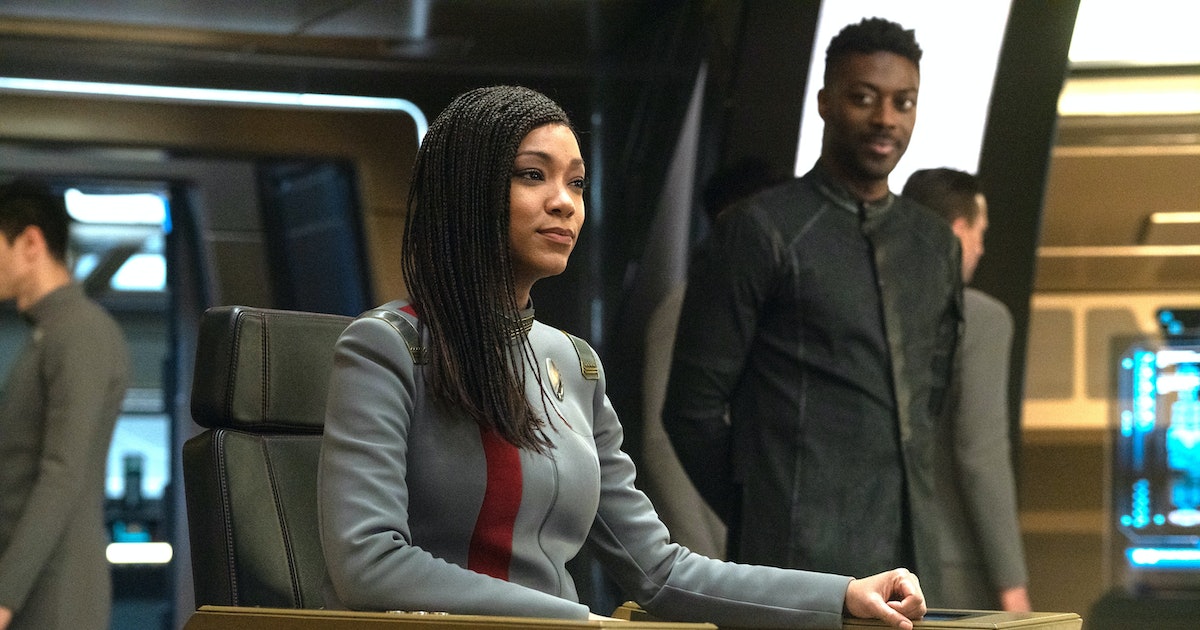 Everything we know about 'Star Trek: Discovery' Season 4

When does 'Star Trek: Discovery' Season 4 come out? Who is in it? Who's back and who's not? How will it connect to the rest of the franchise? Here's everything we know about the future of DISCO. Let's fly!