They Probably Will by Martin M. Clark 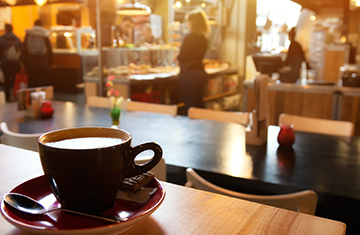 I spotted all four members of the snatch squad before they made their move: the pseudo-couple by the door plus two supposed delivery drivers bellying up to the long counter in Stans Cafe (no apostrophe). I guess minimising civilian casualties was still a consideration, but they gave the game away by waiting too long – this wasn’t an eatery where the patrons dawdled over their food.

Unless you were someone like me, with nowhere in particular to go, and in no rush to get there. I was content to sit by the unisex toilet, from where I could take in the entire room, and deal with the obvious threat when it materialised. Preferable to making a run for it on general principal and risk a close pursuit.
When the real customers were down to just some old guy and his terrier in the far corner, it kicked off. All four rose as one and came my way – with two drawn pistols, wrist ties and a black head bag on display.

All four fell dead to the worn lino.

The girl serving behind the counter screamed but I was already on my feet and into the loo. I’d sussed the original window behind the cistern had been replaced by hardboard when they’d installed an Xpelair fan, and only tacked into place. Two straight-arm palm thrusts on the diagonal were enough to send the surround toppling out into the rear alley, with me slithering in close pursuit. With no formal access from Stans, I gambled it wouldn’t feature in anyone’s containment strategy.