Naomi comes face to face with Filip. Holden and Fred turn the tables. Avasarala closes in on Marco's plot.
Click to expand...

Finally we are getting in the meat, the Rebel Belter action that is about ignite the flames of war. It has been long time on cards, but all is pointing for the bomb to explode. All while the parties are scattered around the solar system. All incapable of stopping to rocks.

Just think about it. The fuse, the bomb and the action.

Who says that Fred Johnson isn't playing a part? 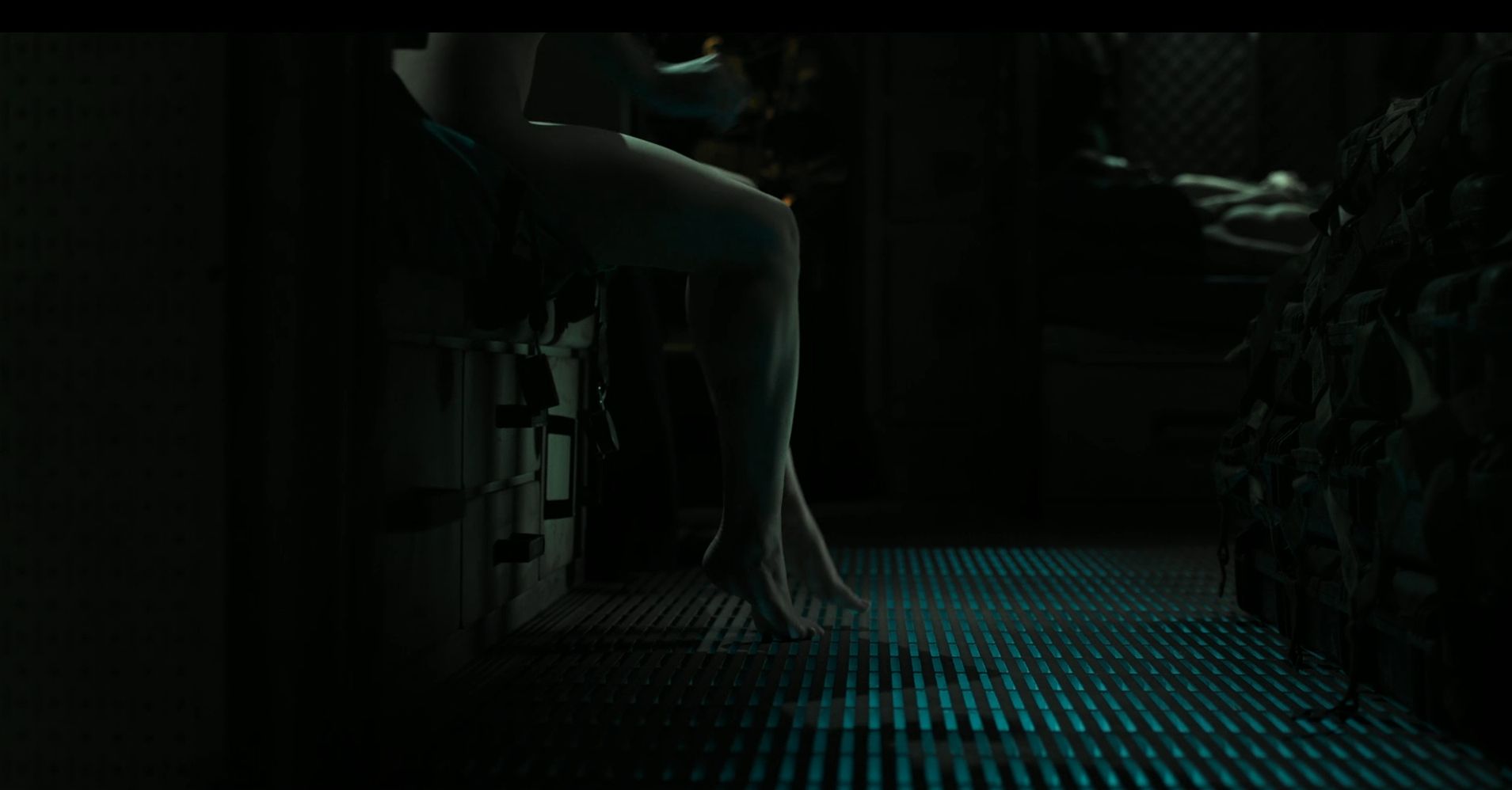 For being a Pirate Queen Drummer is certainly doing the whole gig. Including sleeping with the crew and turning up to the bridge half naked, mind full of action.

I loved that it was the sounds of the reverse thrusters that woke her. It fits so perfectly her role, for knowing exactly what is going on, even in her rest time. That is the best captain material and for Drummer, the thing that makes her life after the accident.

What I don't get is why she went in the Ashford's ship personally when she could have watched it from the bridge?

I was surprised when she found out that there was a mole in her ship. That her security wasn't as solid as she'd thought it would be. And that the mole had hidden the backup drive from her. The captain of her own fleet of pirate hunters.

It is a poison that eats your mind. To be suspicious of everyone. To being in circle of one.

It was even more surprising that she then went on and declared the hunt to her crew even though she knew that none of them could be trusted. Almost as if she was going all in and she was holding the winning cards.

That is queen material and shows how enormous bollocks she's carrying. All we know is that she could be flying dragons.

It is good that Fred Johnson is finally starting to realise how deep hole he has sink into. Not just from everyone shouting at him, after him and on his face of how much of a loser he really is, for how dump he has been for thinking that he's in the right place, controlling the reins of the OPA, the Belters, when nothing like it is in the place any more.

I did find it funny that his XO suggested on hiring additional security, when all the security is already gone. In his shoes I would have kept the circle very small and giving bollocking about anyone breaching it by being loud.

It didn't surprised me that neither the Chief or Holden could handle unravelling the clues on the container business. Instead they acted like Fred's hand. Always one step behind the people that really matter, the perpetrators.

It's good to see proper beltalowda, dusty, grimy, all filthy. Living in a rock and mining them is hard and dirty business. And those stations aren't the place where Naomi should be going, with her famous face, all so clean instead melting into the background.

The bartender did recognise her straight away. Hell, probably most of the room recognised her as soon as she arrived and if they didn't, they would certainly have been told. Celebrities just doesn't walk in your local drinking establishment every day.

What I really liked was how Naomi carried on that role and revealed to Philip's crew that she was looking for him. All because of his devotion to boy's father, Marco and that bounty getting bigger and bigger.

If the Inners would find him and the boy being part of Marco's fleet, it's one way to death. That is certain, but so is by Naomi claiming out loud his business in the pub.

The places have ears.

It didn't surprise me that Philip walked off and ignored her requests. The snatch was a twist in the tale and put Philip straight into the kill-list. The boy is not to be trusted. 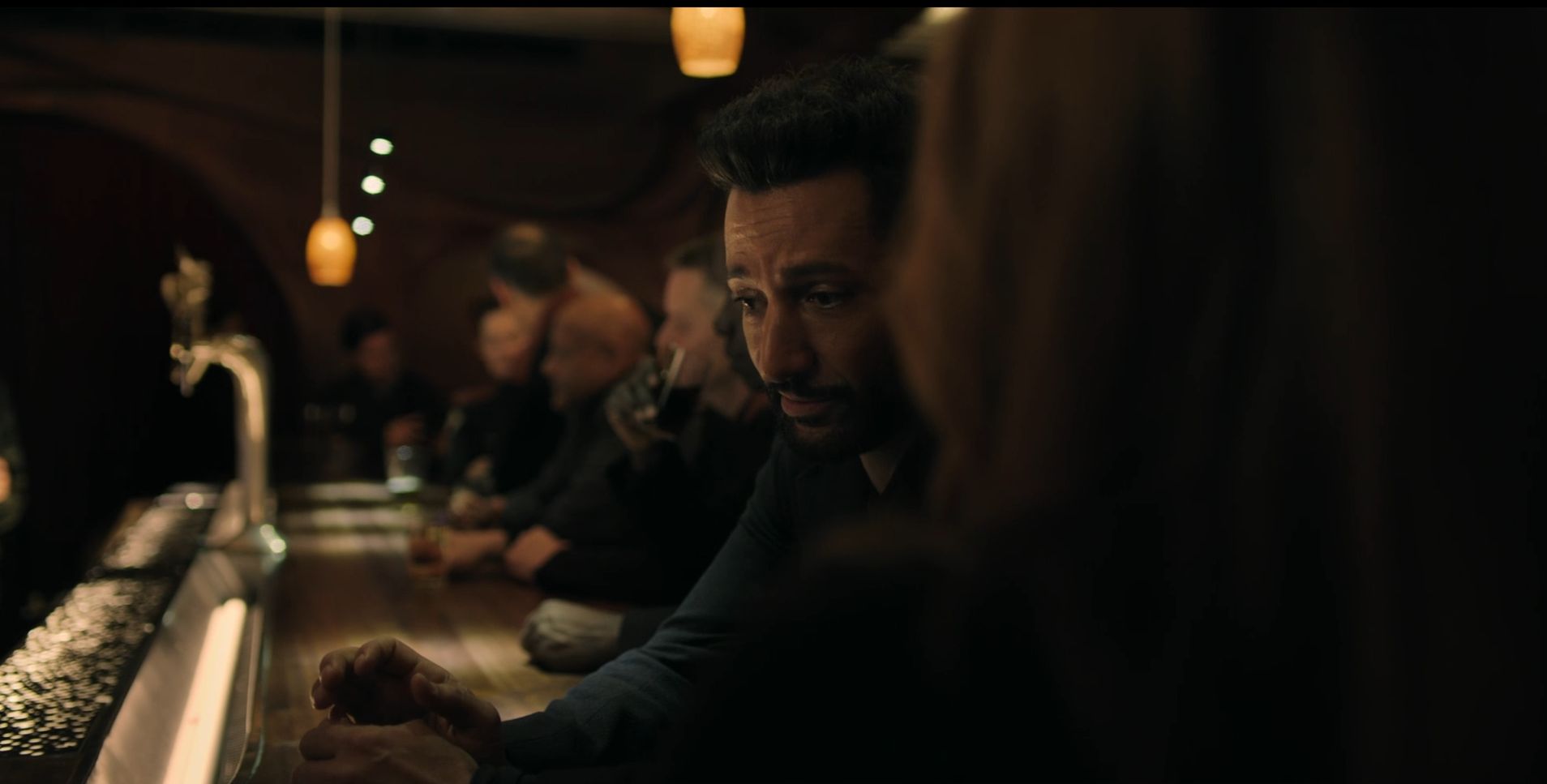 Another bar. Another tale. Another conspiracy. And all Alex wanted was to see his family. I am also still saying that he'd not the intelligence agent, but he's close to becoming one with Bobby being his handler while he raids on top the fame.

It is a perfect cover that no one should question. In fact I'd have expected more of that star shine being present elsewhere, including reporters for following the First Martian coming back home story.

Then he almost blew it by explaining the secrets of last season to one that would certainly use it her advantage. All because of that star shine, by being a celebrity and getting asked questions. Then again it could also have been because he just wanted to tell the story, even though he understood that he shouldn't.

Not all of it. And not certainly with the 'enemy.' After all he's ship is the stolen one.

I loved how he managed to deal in the questions and get answer even if they weren't direct ones. Getting the kiss was the deal that sealed the honey trap. But I have to admit I didn't see the contact coming so soon after the meeting.

It was his save that Bobby was shadowing him and she then managed to intervene just in the right moment. What I didn't expect was Bobby's order on flying after Alex's new girlfriend.

ctg said:
I have to admit I didn't see the contact coming so soon after the meeting.

It was his save that Bobby was shadowing him and she then managed to intervene just in the right moment. What I didn't expect was Bobby's order on flying after Alex's new girlfriend.
Click to expand...

I didn't see it coming either, but Alex and Bobby must have - Bobby was there because they set it up to happen like that (at least that's what I thought!) That was some kind of truth serum Alex was injected with, but the way he so quickly recovered means he must have taken an antidote and been faking it - or am I reading too much into what happened?

I also don't see the reason why Naomi was kidnapped. For a money ransom? Or to exchange for Marco's freedom? I can't see anyone on Earth caring much about her to make that happen.

Dave said:
That was some kind of truth serum Alex was injected with, but the way he so quickly recovered means he must have taken an antidote and been faking it - or am I reading too much into what happened?
Click to expand...

I don't know, but I'm guessing that Alex has gained some tolerance over the years that he has been pumping those weird chemicals in his body. It would make sense that he was somewhat faking and somewhat allowing it happening.


Dave said:
I also don't see the reason why Naomi was kidnapped. For a money ransom? Or to exchange for Marco's freedom? I can't see anyone on Earth caring much about her to make that happen.
Click to expand...

I think he knows Holden is his Nemesis. It would be wise if he understood it clearly and would do anything to break his will, because if he doesn't there's going to be casualties.

The crews of Dummer's ships is a multi sided marriage. In the books, this is common for the long haul crews among the Belters, as it takes months to get anywhere, so whole families live, work and die on the ships.

Naomi's kidnap was explained in the next episode. I still don't see it. To go to all of that trouble to lord it over her? To reunite a dysfunctional belter family? No doubt the books explain it better.

Dave said:
Naomi's kidnap was explained in the next episode. I still don't see it. To go to all of that trouble to lord it over her? To reunite a dysfunctional belter family? No doubt the books explain it better.
Click to expand...

Yes, they do. Marco, not Philip, organises it. She is bait in a many layered plan. Also she had the nerve to walk away from him, at the cost of losing her son. Marco is a narcissistic, controlling, bully and like all such people he wants control over her. To be honest it is one of the patterns of domestic abuse. He wants to remove the Rossi and its crew,(which has become a symbol both for the belt and the "inners" in many ways of a possible future working together.) Being the man who killed James Holden, Fred Johnson, etc. In the books his actions start to turn even his supporters against him. Drummer's role in the series is actually that of Michio Pa, someone who in the beginning is a supporter of Marco's but as Drummer took over her "role" in series 3 this is not a huge problem. Also ask yourself is Marco the puppet master, or the puppet
You must log in or register to reply here.
Share:
Facebook Twitter Reddit Pinterest Tumblr WhatsApp Email Share Link