Holden and Fred deal with infiltrators on Tycho. Drummer's past comes back to haunt her. Amos returns to Baltimore. Alex and Bobbie's investigation on Mars leads to rogue soldiers.
Click to expand...

For the season beginning the first episode didn't really engage me. Not in the way that the things did back in the first season. It was super dark and not a dash of hope that you'd expect in the situation where the colonisation is happening. I expect this episode to be dark as well.

Drummer, boswang, ain't no happy look either. Can you imagine repeating the act that people did hundreds of years before and become a pirate just because someone in the high up had wished?

I know it is her choice and nobody else to be that way. It's just I personally wish that she would still be the Ms Goodieshoes instead of acting like the Pirate Queen. I know that it's her role and a tradition among the Belter family, but she has seen so much more and been in the roles, commanding tens of thousands.

Some people could say that she's admiral material instead of being a captain of skif, and I would happily agree. Drummer's role is much more than that.

There are always fish that swim upstream instead of following the easy road. Amos is one of them and like I said in the previous episode he did the wrong thing. Earth isn't his place. There is really no family left for him and one is he's not accepting, because he's too though for it.

To me he acted wrongly against Charles. He thought that Charlie had done something bad, instead of being a loving partner. Charlie even offered to be a punching bag, and yet, Amos couldn't smile. It was as if there was nothing, not even remorse in his heart.

When he apologised and thank for Charlie being there Amos seemed to still act cold. There was no tears, not even a sniff. Not even though there should have been. Is he really that though?

Outside the place the first dealer received his fists.

"I need you to deliver a message," Amos claimed.

Ef you I would have thought in the boy's shoes and then I'd have gone to fetch muscles. Amos has no backup and all he is counting is that there is another day tomorrow.

Then the boy delivered and we learned that Amos had stolen his name from kill he was supposed to do on the bossman, Erich. It kind of explains he's anger and that exploding rage. That one time in life he was a muscle, a hired gun, a hitman.

It surprised me more that he confessed on having a streetkid background. That all the crime and dirt has always been in his life and there is no other way for him. It's all about just being a tough guy. 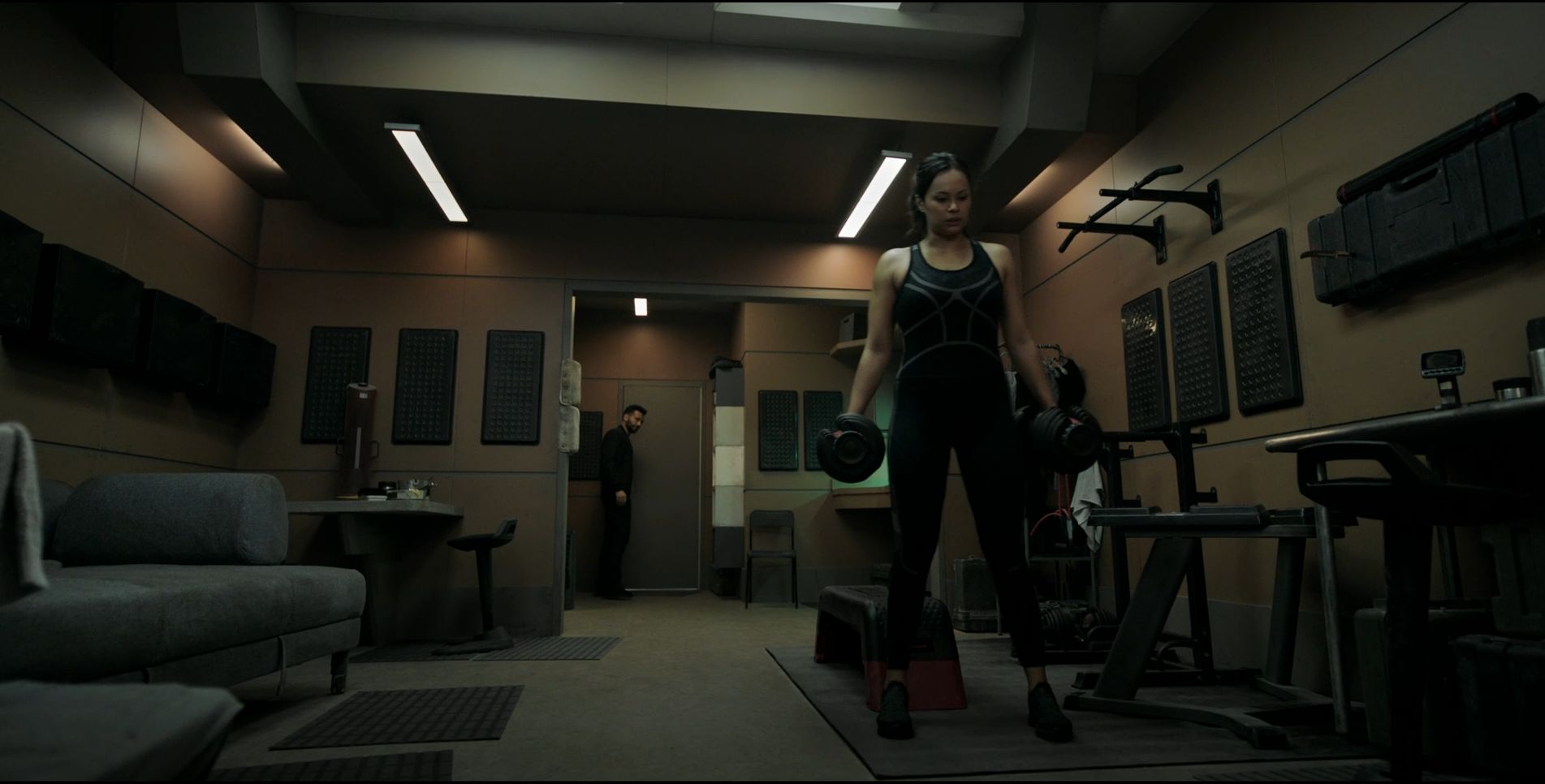 For giving a bollocking and leaving the man with his beer, Bobby is easily forgiving and maybe more trusting than she should be for her role as a spy. Essentially that is what she is. But then again she's like Amos, a person without feelings. Although most of the time not that cold.

She said that the Old Lady was the only one who she really trusts and she spills all of it to Alex as if he's the boswang instead of a close friend. To be honest, he's not even a lover. Yet, he get to see the armour and almost play with the Martian power armour.

And then she showed the research. The grown jewels in the intelligence game. It's just neither one of them are intelligence agents. Alex might have the charm but he's nowhere close to being a dodgy geezer.

Not with his ship, yet, in the role he is. Doing the one thing he isn't. Not to our knowledge. 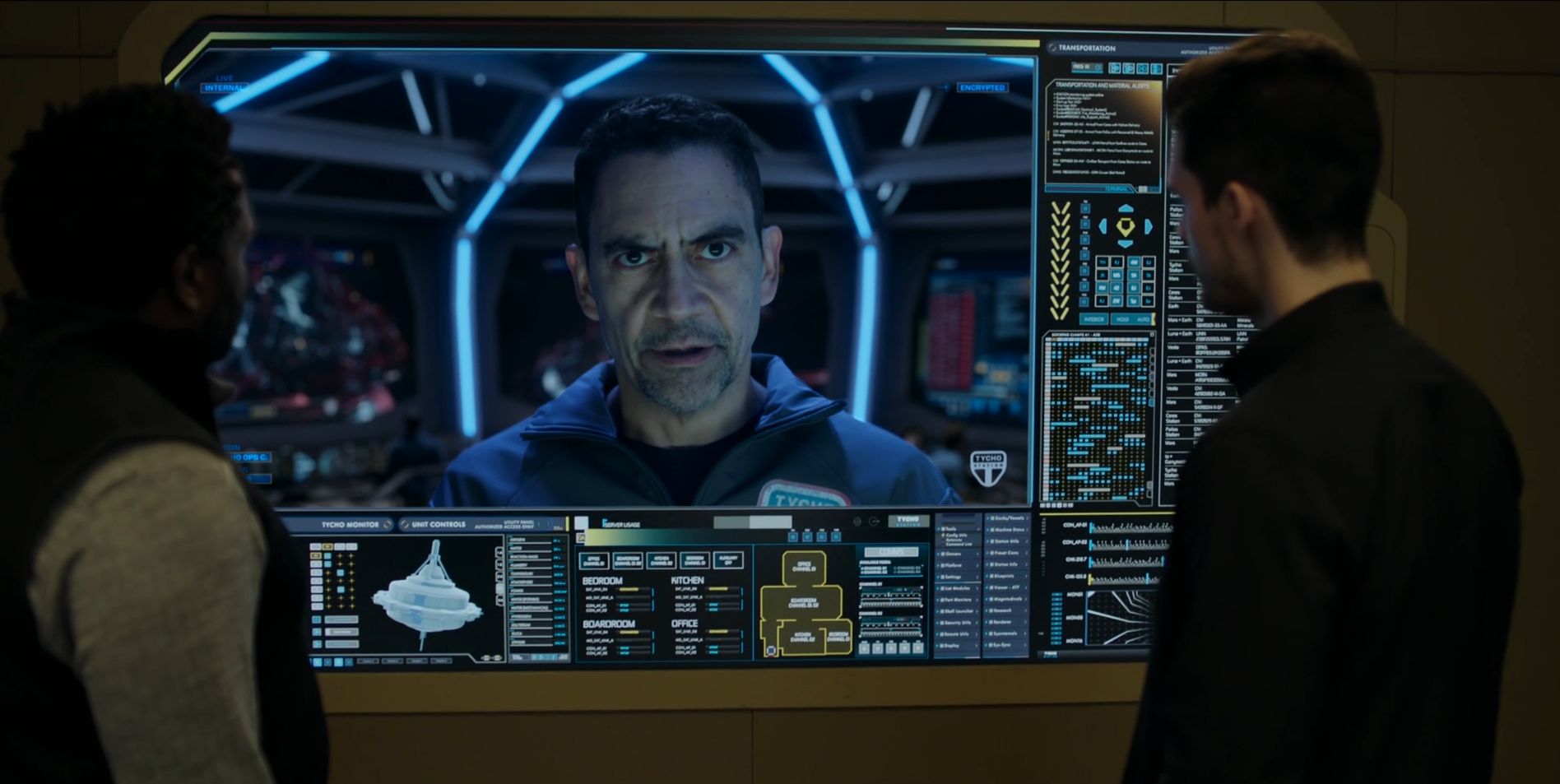 It feels like the fuses has been lit in all places and we are waiting for them to explode. The tension is really cranked up in this season and it's like all of them are doing investigations. I know that the reporter was too noisy and careless on disclosing her location in the Tycho station, but we cannot possibly assume that she could not do her job and chase stories.

Bigger the fish, bigger the story and therefore consequently bigger risk. To Holden it's just another day. Another catastrophe and another mystery. And it makes me wonder if he's going to wear Miller's hat because that's what he's essentially doing by being a detective.

Fred claimed that he had already lost the control for not really knowing what is going on in his station. In his defence I'd say that he has too many chiefs under him to be in touch with everything that is going in Tycho station. Essentially he's an administrator rather than a bloodhound.

On top of that he's playing the high tier political game in OPA, plus all the other tasks. Honestly when does he have time to be update on all things?

Holden were again the lucky one for finding the signal, and being the pointer on bad things. What I don't get is that why they couldn't triangulate her signal and get an absolutely location instead of hitting false positives?

I loved that when they finally hit Monica's container the crew played the sounds as they would be in the actual space. it was so brilliantly done.

She is such a beauty and she carries herself so well. Even after losing so much power. An ambo role in the Luna City is better than being forced to write biographies and doing tea parties. All while she conduting a fixer business with Bobby and God knows who else.

I absolutely loved that her settings are always in atmospheric places like that hotel restaurant and that not once she can forget the business. Not even when her own daughter is visiting the place.

How did she find time for her and the kids?

We know some of the business people like her and we know how much they are obsessed with the business. The family comes second, maybe third in the priority list, because to them it is always the business. And very often it's so till the end.

The new UN secretary put her in Luna so that she could not mess with the politics and yet, that is what she has always done. She wants to get back to that chair and hold all the strings. In other terms, Avasarala is the one of the strongest influencers in Sol.

It's just she doesn't realise that the UN sec has gone further because that current one is controlling all the systems, not just Sol.

I like this series but the plots are so long in development - then maybe that is a part of why I like it? This week was mostly world-building/character back-story - and this after four previous seasons already! It was good to get the Amos/Timothy story as he always seemed one-sided and grumpy. The Rocinante crew have experienced something together that no one could design/recreate/teach and you can see that they miss being together (even though they all have their own things they must do). They won't be settled until they are reunited.
You must log in or register to reply here.
Share:
Facebook Twitter Reddit Pinterest Tumblr WhatsApp Email Share Link