The Mandalorian - Chapter Sixteen - The Rescue

I leave this here 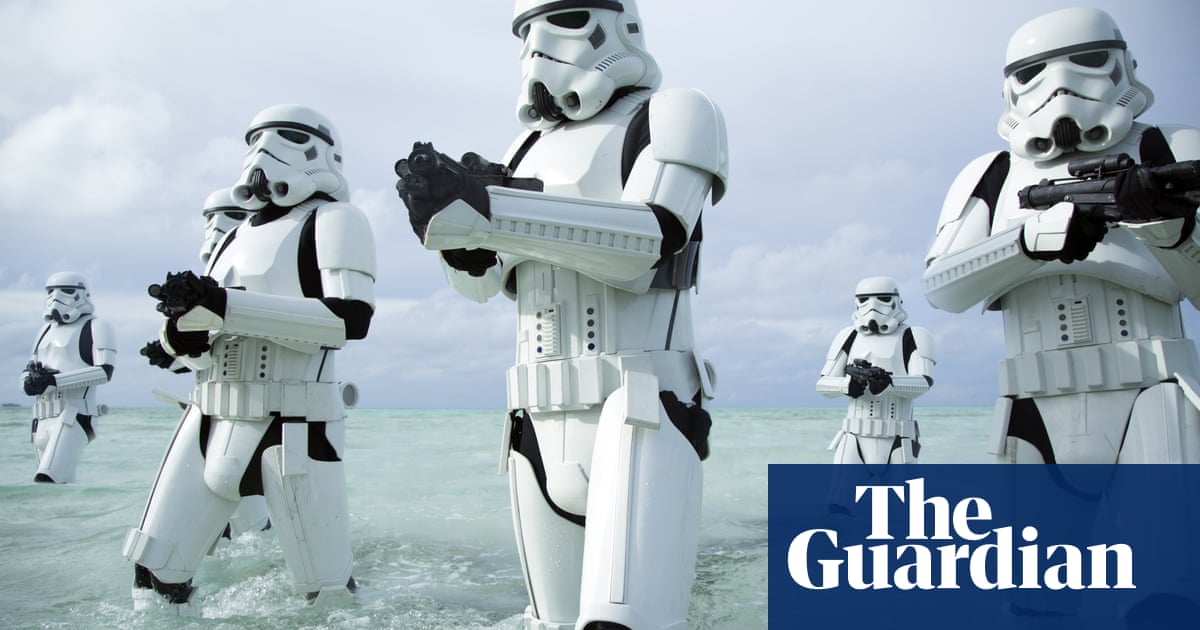 Why can’t the stormtroopers in Star Wars shoot straight?

It doesn't answer the question though, does it? In the original film (the one given a new title and an episode number later) the Stormtroopers could have been deliberately missing as the article describes. Darth Vader needed our heroes to escape so that he could follow them to the rebel base. That actually makes plenty of sense. However, they never shoot straight! Never! Not ever! That makes no sense at all, it is no joke, and in the Mandalorian that just became annoying to the point of throwing things at the TV. When something prevents the audience's willing suspension of disbelief, as this does, well at that point the performance is ruined.

As expected, an over-long fight sequence through the starship. Stormtroopers have become something of a bad joke in this series, which is a shame. Still, interesting that it was a group of women doing all the fighting.

What happened to the Imperial officers and TIE fighter pilots, though?

The Black Sabre has become something of a maguffin.

The Black Stormtroopers were somewhat over-hyped - whatever happened to the almost invincible droidekas from Phantom Menace? And all of them can be jettisoned into space by any random person? Really? At least they came back for the finale...

Which was brilliant and unexpected. I'd wondered if a Jedi would appear to take Grogu back, and whether the Mandolorian would be able to part with him. When I saw the black glove I realized who it was. And that was masterful - Luke is possibly the only person the viewers can be sure of can provide a safe place for Grogu - as well as being the one person the Mandalorian can put his faith in to train.

Overall, a great finale. Though it's hard to see the series being the same if it continues without Grogu. If it does continue, I really hope they cut back with the action sequences and push on more story, though.
If you find chronicles helpful, help chronicles: upgrade your membership to Supporter.

Brian G Turner said:
I really hope they cut back with the action sequences and push on more story, though.
Click to expand...

From your lips to God's ears. That's by far the most aggravating thing about the series so far.

On the surface, the story of Star Wars is one of good and evil, oppression and rebellion, failure and redemption – the sort of big, broad themes that have resonated across decades and through generations. In actuality, Star Wars is a story of seemingly unending daddy issues, as a series of men who range from outright horrible to simply neglectful abandon, abuse, and otherwise damage their children to such a degree that the entire galaxy often ends up paying the price for it.

Though Anakin Skywalker is probably the franchise’s most egregiously bad father, he’s hardly alone, as everyone from Galen Erso to Jango Fett can’t seem to stop messing up their kids. Even Han Solo, a beloved hero of the Original Trilogy, turns out to be such a terrible father that his son ends up not just leading an evil army but literally committing patricide. Heck, even the Force itself is a pseudo-deadbeat dad, if we’re really meant to believe the whole Anakin immaculate conception thing from The Phantom Menace.

This failure isn’t limited to merely biological fathers either, there are plenty of father figures in this universe who are just as emotionally unavailable and dysfunctional as any biological dad. Qui-Gon Jinn certainly means well when it comes to young Anakin, but he’s also a tragic failure who cared more about the potential power in the boy than the heartbreak he inflicted upon him. And Obi-Wan Kenobi might claim young Luke, but he’s not exactly a hands-on parental type either, dumping the child off on strangers for the whole day-to-day raising thing and manipulating him throughout the Original Trilogy, even after his own death.
Click to expand...

Mando and Grogu have something most father-son duos in Star Wars don't: a healthy relationship.

@ctg .... That is a wonderfully insightful article. I love it, and I think it has hit on a very important, if subterranean, truth about the Mandalorian. I will contend that the most powerful insights driven by stories are the ones that lay between the lines, rather than the proclamation of truth.

This is the way.

Mark confirmed that Disney does do research on the audience reactions and they share the info with the actors. Still a very good interview and he's honest about the actor looking more like Luke than he did. But I don't get why he's so surprised that people don't want to spoil a good thing to others, meaning that they can keep a secret when it's needed.

Thing is the whole concept is thought us very early on through birthdays and surprises, and some people learn hard way how disheartening spoiling really is. It sticks with them and some people can get quite dramatic, when the thing is spoiled. They might even rage and burn bridges, if not outright commit something horrible.

Feelings are so weird and I don't know why they dominate our lives so, so much.

Still, this is a good one. Bless him.