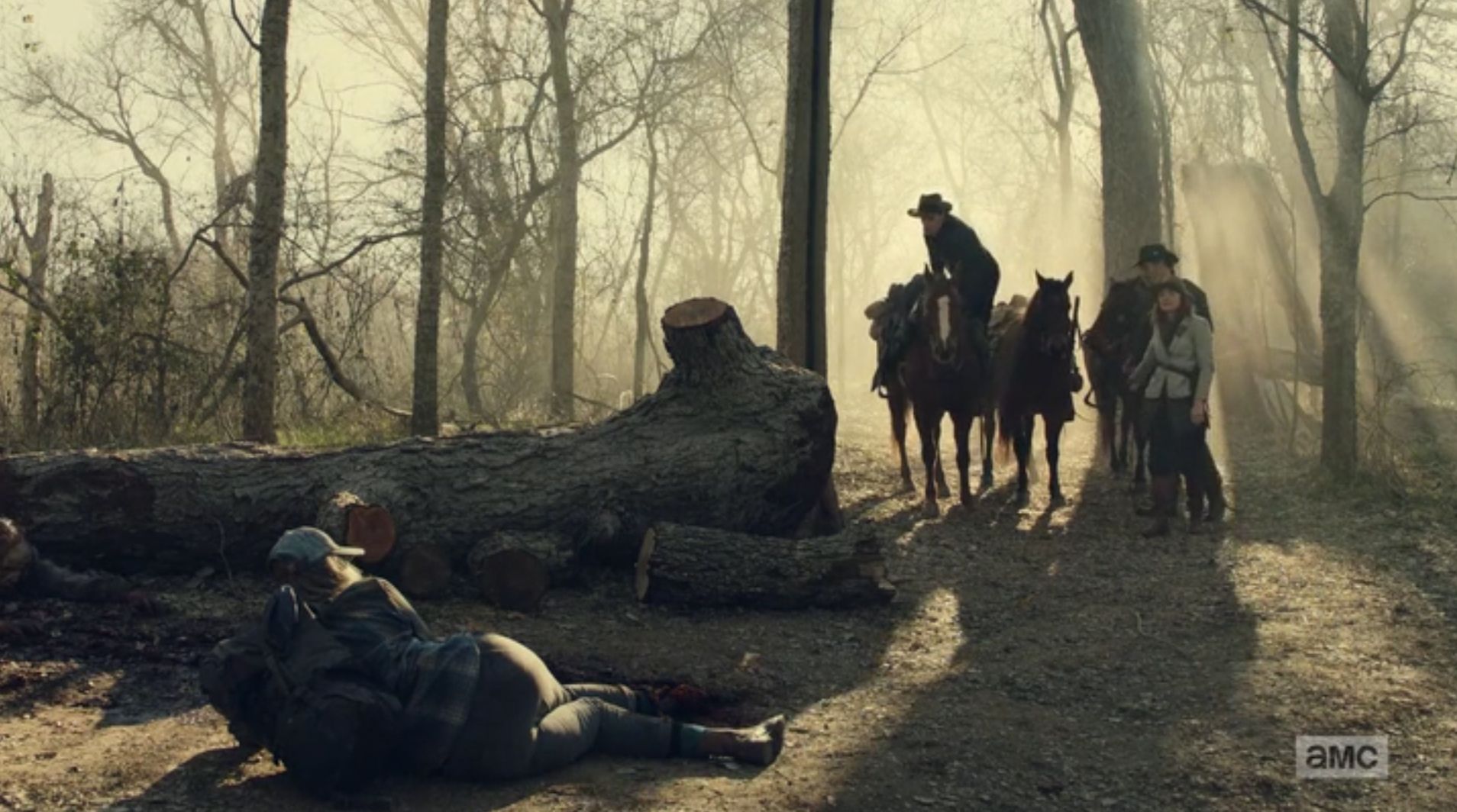 A deadly explosion in the oil fields sends June on a mission to save as many lives as possible. But, an investigation by Virginia threatens to undermine June's work.
Click to expand...

Virginia doesn't understand that tyrannical rules cause vicious endings. I get that she wanted to kill the wood chopper lady for being rebellious, but she's doing it all wrong. Including letting the prisoner to get hands on a firearm to end her life.

I thought as she brandished it that she was never going to make through the firefight, but I never guessed that she'd turn it on herself. Virginia has a big problem, because one woman tyranny is laughable.

I recently asked in a mil forum what is that makes the tyrants to cling on the power, even though they are veining and the answer I got back was they know no better. So, therefore, Virginia should be wise and take it from the history books, tyranny doesn't last very long and it almost always ends up very badly. 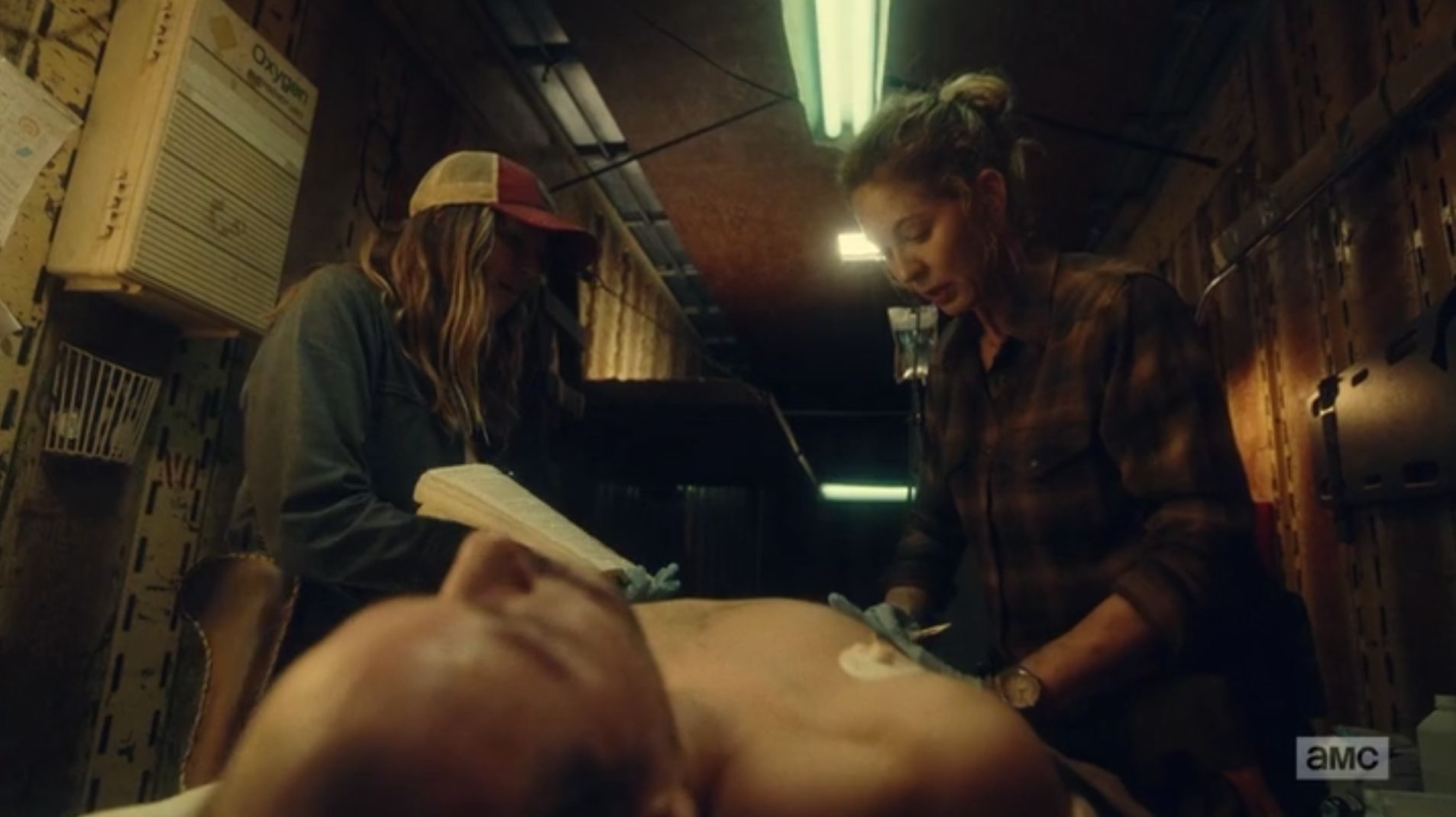 So, for past however long June has been rolling around with Sarah and providing medical services for the people on the road? It's a worse job than doing the beer deliveries, even if their operation looked like a primeval combat medicine.

I would not do it for anything. It's just not worth of anything, when the patients die on table. And to be honest, the back of the truck isn't the most hygienic place to do anything. Even June said, "It's too little, too late."

Funny thing is that to June Hippocratic Oath means more than to many normal doctors. I get the calling, but there has to be limits. Especially when there is a major resource scarcity. For the surgery, she didn't even had plasma and then the major incident happened... 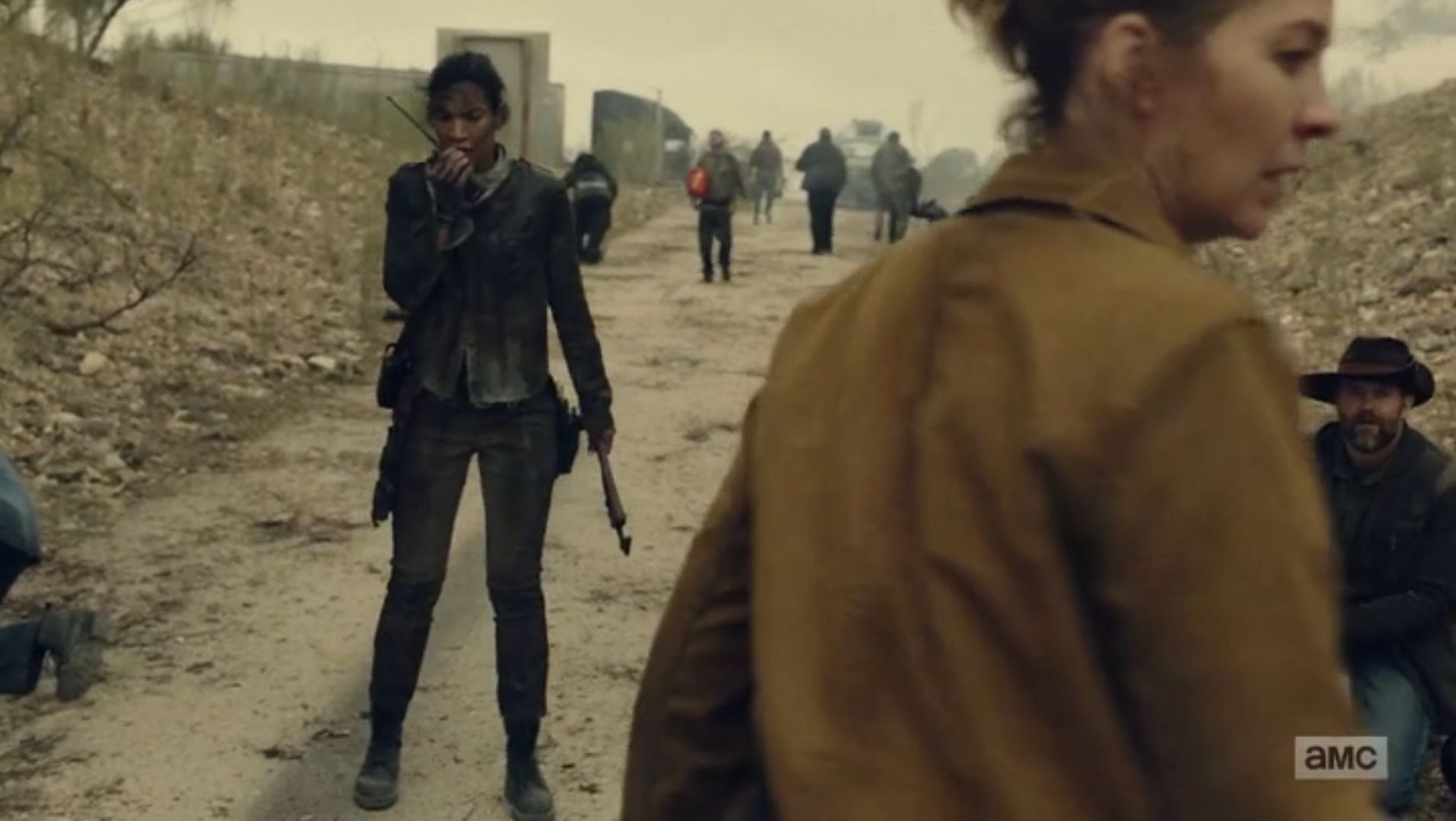 I wouldn't want to be in her shoes, because when you have limited supplies and a great number of casualties you already know somebody is going to die. You just aren't able to take care of everything and then there is tomorrow. In my caring days I always thought what if I run out things, what then?

In a way it is as if you're living in a survival situation everyday without a respite. Always on edge, waiting for the adrenaline to kick in and taking over. When you're in it, you only care about doing what you can and saving the day.

Virginia had other thoughts and she blamed Luciana even without having facts. Thing is we saw how flimsy the petrol operation was in the last season, and if they're producing it in great quantities things are going to happen. 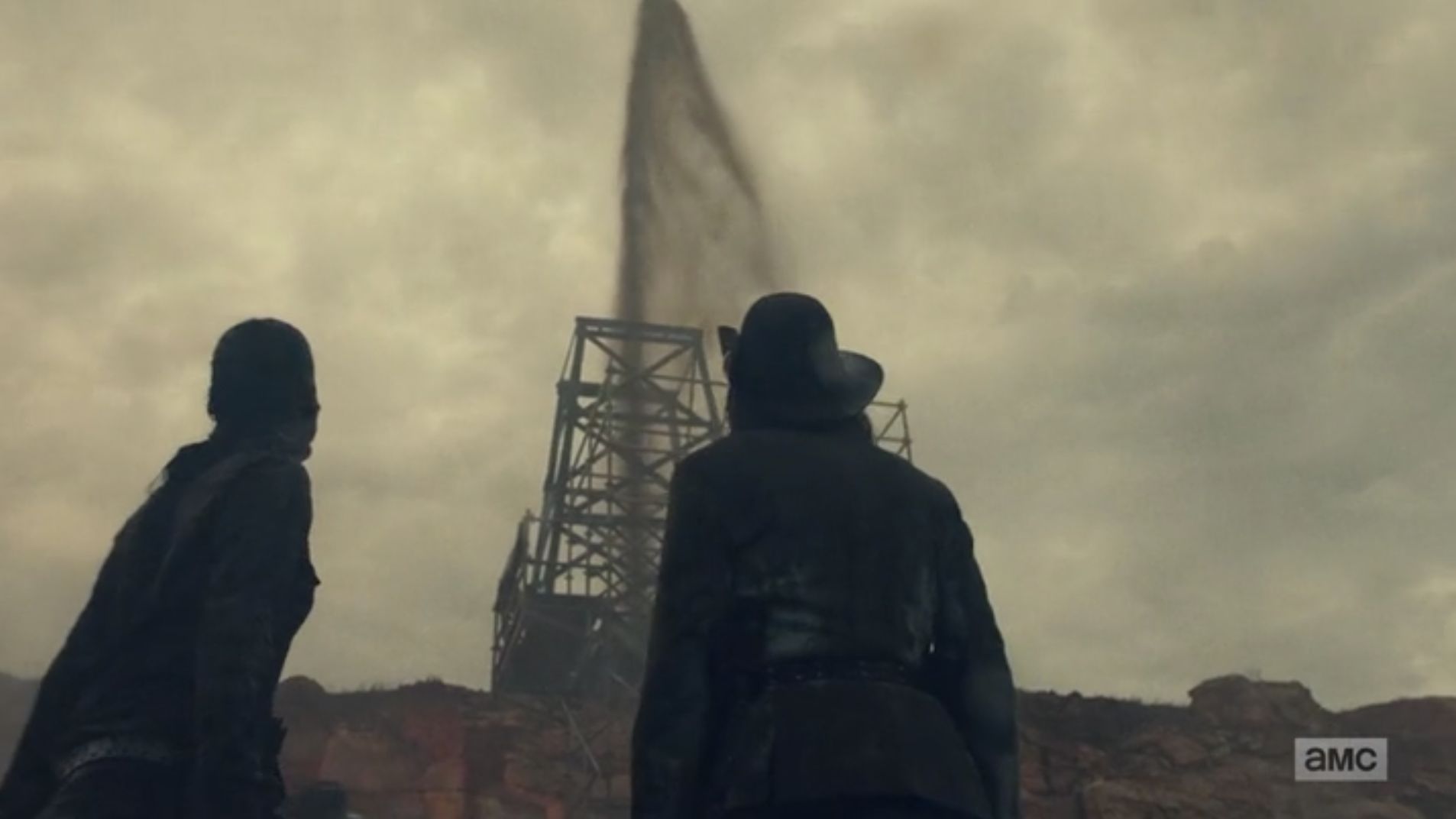 From seeing the black smoke rising I thought that they were close to a burning well, then again that would have been the end for the oil empire as there would not have been any way for them to douse it. And as it is now, I doubt they have much of engineer expertise to tap the well and get on with it again.

What surprised was that Virgia claimed: "Everything I do I do for the people," when it has been a lie from the beginning. She doesn't really care who lives or who dies. All she cares is the power.

Just look at how she handled Wes case. The patients could go to hell so that she could get some answers. 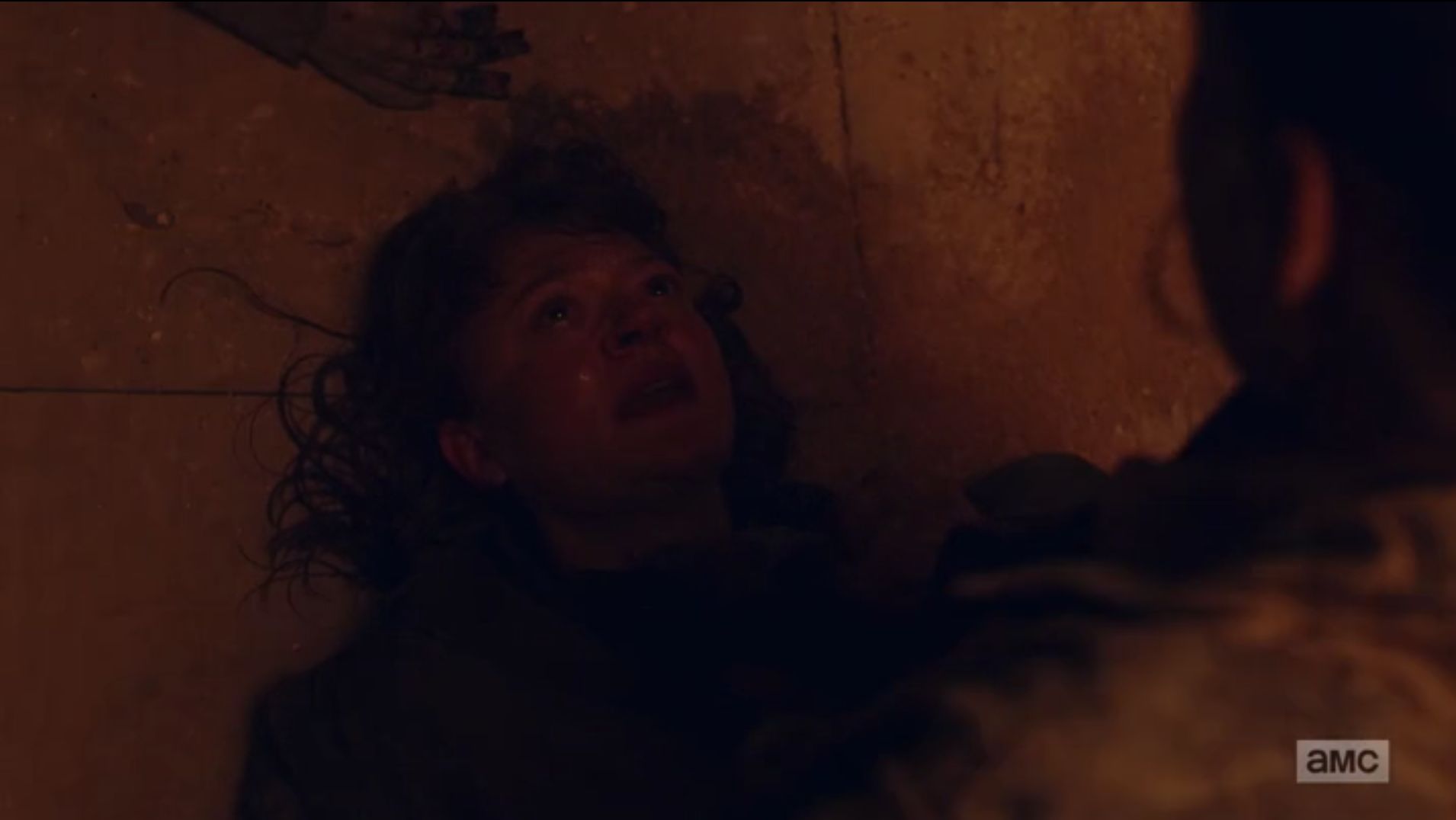 Yes-Yes-Yes. Wicked Witch is dead!!! Du-da-da-la-la-laaa. I couldn't get why June couldn't get in the truck with the patient, before this happened. First of all, I wasn't surprised that the well turned to a torch. But it did surprise me that June found the consience at the end and she refused to treat Ginny.

When they chopped of Hershell's leg, they did it fairly quickly. Time was in the essence, but in Virginia's case, that time slipped by, making the infection spread beyond recovery. Virginia claimed at the end that she did it all for her sister, even though it is very possible that she's back in the power game as soon as she can.

And June did it for a hospital. Man, what a joke!

I don't blame Luciana and Sarah giving June bollocking for saving Ginny's life. I would have done the same. The hospital is a tall order. Maybe it will make June happy, while John goes to save his life.
Last edited: Nov 16, 2020

I thought June's resolve would hold, and she would let Ginny die. Then, my more cynical side thought that being bitten would be a terribly anti-climatic way for such a relatively new villain to go -- even though that was the disappointing ticket out for Carl.
I loved Sarah's reference to Ginny as "Captain Hook." I hope Mo Collins' wise-cracking character gets more screen time this season. Her reunion with Wendell might bode well for that.
Jon's reunion with June certainly was short-lived. She did break her promise to leave with him when Ginny agreed to give her a hospital. I wouldn't trust Captain Hook's promises to give control over things like location and staff. Tyrants never like to part with power of any kind.
Ginny seems pretty desperate to find the organization behind the "The End Is The Beginning" dissidents. As the suicidal logging lady saw, Ginny is scared.

They are still side-characters. Not the main cast, even if they have been with us for quite long time. And they haven't got their own episode, which would mark them as the core characters.

If they have all these industrial operations going on - oil mines and logging - with poor health and safety - there must have been serious accidents before this, and as you point out, the truck was not stocked with the materials to carry out surgery on any scale - no plasma, but also no anaesthetic - much less will be around now it was than 10 years ago - and June reading "how to" from a book. So, her job can only have been to triage and then stab the most serious injuries through the head.

How can the new hospital be any different? Where will they get supplies from that they don't have right now? How will June learn more medicine overnight? More crucially, how can she train more people as surgeons so they can do multiple operations at once?

So, for that reason, I just didn't think this story worked. June is willing to keep Ginny alive at the prospect of this hospital, but the hospital isn't going to be much different to the truck. She can't save more lives. And all the time, all the things she hates about living under Ginny in "hell" will remain just exactly the same. On top of that, she has lost John. No, it didn't ring very true.
You must log in or register to reply here.
Share:
Facebook Twitter Reddit Pinterest Tumblr WhatsApp Email Share Link