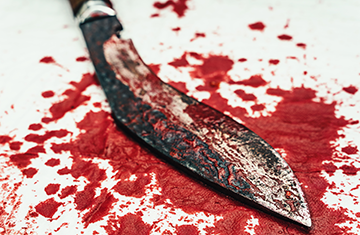 Hear my prayer, Lady, and remember me. I wandered long and far after leaving the monastery, but you surely knew me still, though I had no name …

“I’m no one,” she says, putting the final stitch into the gash in the boy’s arm. This is the third village she’s seen plundered; the first with survivors, thanks to the old man now interrogating her as he holds the injured boy still for her needle. The old man she refuses to name, because she can’t allow this haggard, wasted figure to be the beloved Sukhbir of her memories.

“Look at my hands, old man.” She holds them out, palms uppermost, bloodied as they are from her work. “You see any symbols of the Lady there?”

“The Lady has more than one way of marking her own – even the lad can see she’s in you.” He pats the boy. “The priestess has patched you up well. Now be off and get us some tea.” He smiles, the same gentle smile as ever, and she can no longer pretend.

It’s been twenty years since he escorted her to the monastery and she first saw men’s blood staining his kukri; thirteen since she last sat with him in the House of Healing, his body mended but his mind still broken with grief. She’s changed beyond recognition in that time, especially as life has not been kind to her since she walked away from the Lady – three years of taking any job that offered, staying nowhere long, forever trying to escape herself. And though the child he knew might yearn to be held by him, the woman she’s become is too ashamed, too full of self-loathing, to reveal who she is. Better that he believes her long dead.

So she turns from him and washes her hands clean of blood. Then from her pack she takes out pen, ink and the precious sheets of reed paper she bought after finding the first burnt village. “Describe the men who did this and tell me everything that happened.”

Another great image, Glitch! And I'd encourage people to have a look at Kraxon's home page where the banner image for this month is absolutely perfect.

If anyone who has read the story is confused by "She walks down into the stone yard of the town’s hiti water fountain" with its steps, this Wikipedia page might help Dhunge dhara - Wikipedia (The things I've discovered since beginning to write Orison!)

Oooh more instalments! Looking forward to this. And I see I'm months behind the other stories too. I shall do no work tomorrow