This one is made up of a lot of YA, some authors I've not heard of, others I haven't liked. Conclusion really should ignore 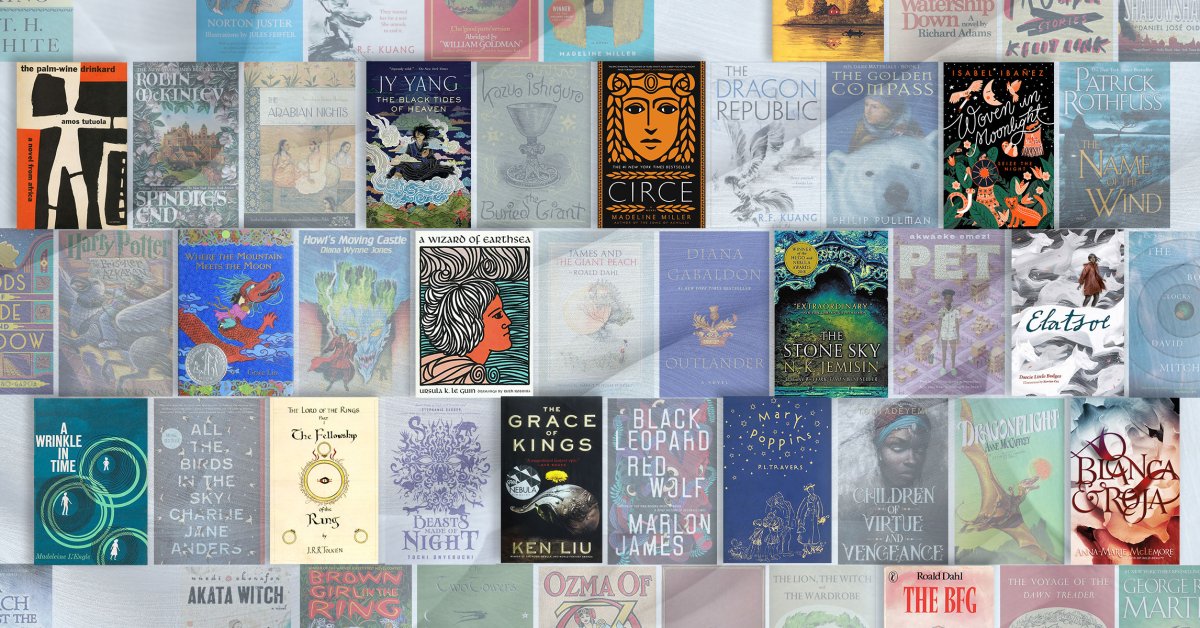 The 100 Best Fantasy Books of All Time

With a panel of leading fantasy authors, TIME presents the 100 most engaging, inventive and influential works of fantasy fiction

That's an awful list.
If you find chronicles helpful, help chronicles: upgrade your membership to Supporter.

That list is quite refreshingly different from the usual ones. I like the large numbers of classic children's books which often get overlooked, and there is quite a lot of interesting-looking stuff I have not heard of. Perhaps a bit self-consciously high-brow in places, but what does one expect from Time?
One can always argue whether those are the 100 best books (Should have Wind in the Willows, Lud-in-the-Mist, should not have Jordan; McCaffrey is really SF etc.) and I suppose the discussion is the point, and that really a list like this is intrinsically a bit silly.

While I like a lot of the writers and books on the list, I just ... the notion of reducing good stuff to listicles of "100 of the most famous" isn't really my thing. One of the best writers / series I read recently was Swords and Fire by Melissa Caruso, who's some mom in the midwest or something but who's written this great series. And yet you won't find her or anyone not a household name on these lists. It's nonsense (jmo)

I wish they'd called it "Our 100 Favourite Fantasy Books" or something. If they had, it could be approached in a spirit of "What's fun and new here, what are they thinking".

As "Best", it becomes hostile and an invite to arguments, a matter of grading and what not. Particularly with a list that far from the trad fantasy consensus.

Stopped scrolling after a couple of rows. I find it difficult to take these things seriously when the panel member's books keep appearing over and over.
Deep Dark Space

I've been involved in a discussion on this at another site. My main objection is that if you're gauging impact on the genre, how can include anything written in (admittedly, an arbitrary date) 2015 or after? There hasn't been time to assess the impact unless it's part of a series that has already been influencial.

As for the judges' works on the list, I'm not sure you could create a plausible list without adding titles by Jemison, Martin and Gaiman. However, wouldn't it make more sense -- because you're trying to further induce readers to join the readership of fantasy -- to use a representative work of a series with perhaps a note to that effect, thus leaving slots for other worthy titles?

So, essentially, this list only achieves what most such lists do, create controversy and thereby create discussion. But if I were creating a list of the hundred best lists for generating discussion about fantasy titles, I don't think this one would make the cut.

Did anyone read the 'How we chose' article? 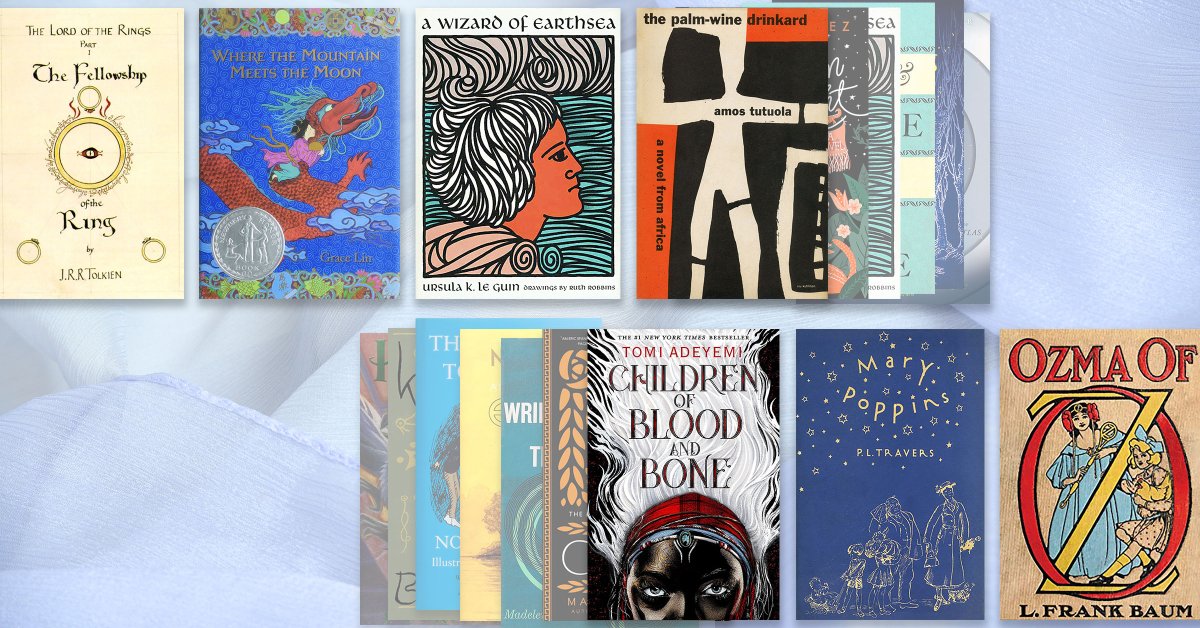 How We Chose the 100 Best Fantasy Books of All Time

With a panel of authors including Neil Gaiman, N.K. Jemisin and more

"To develop our list, we began in 2019 by recruiting a panel of leading fantasy authors—Tomi Adeyemi, Cassandra Clare, Diana Gabaldon, Neil Gaiman, Marlon James, N.K. Jemisin, George R.R. Martin and Sabaa Tahir—to join TIME staff in nominating the top books of the genre (panelists did not nominate their own works). The group then rated 250 nominees on a scale, and using their responses, TIME created a ranking. Finally, TIME editors considered each finalist based on key factors, including originality, ambition, artistry, critical and popular reception, and influence on the fantasy genre and literature more broadly."

As @Randy M. points out, how can anything written in the last couple of years have any influence on anything let alone a whole genre?

I mean, the last book on that list was only published this year!
M. Robert Gibson
Well hello there. Welcome to my mind.
​
R

In that other discussion, someone thought it would have been wiser to create a "100 Bests Fantasy Books of the 21st Century" and that seemed more like what they were trying to achieve.

Agree with many others - it's a daft exercise, badly executed. There is no 'best', but if you're trying to draw up a best list, surely The Hobbit, The Worm Ouroboros, The Broken Sword etc. all have to be in there? And as Randy has pointed out it's nonsense to include anything from the last 10 years at least.
Starfarer SF
B

Location
Aye. Have a dream !

Not great, but at least Susan Cooper gets a mention (even if they made the excellent, "The Dark is Rising," into one of the worst films ever made).
M

When a 'best of' list is as obviously out of step with genre history and popular consensus as this list, the only real value is deconstructing it to figure out what the real intent of the people who drafted it was.
Last edited: Oct 24, 2020
M

Randy M. said:
In that other discussion, someone thought it would have been wiser to create a "100 Bests Fantasy Books of the 21st Century" and that seemed more like what they were trying to achieve.
Click to expand...

More like "In Our Ideal World, What the 100 Most Popular and Influential Fantasy Books Would Be"