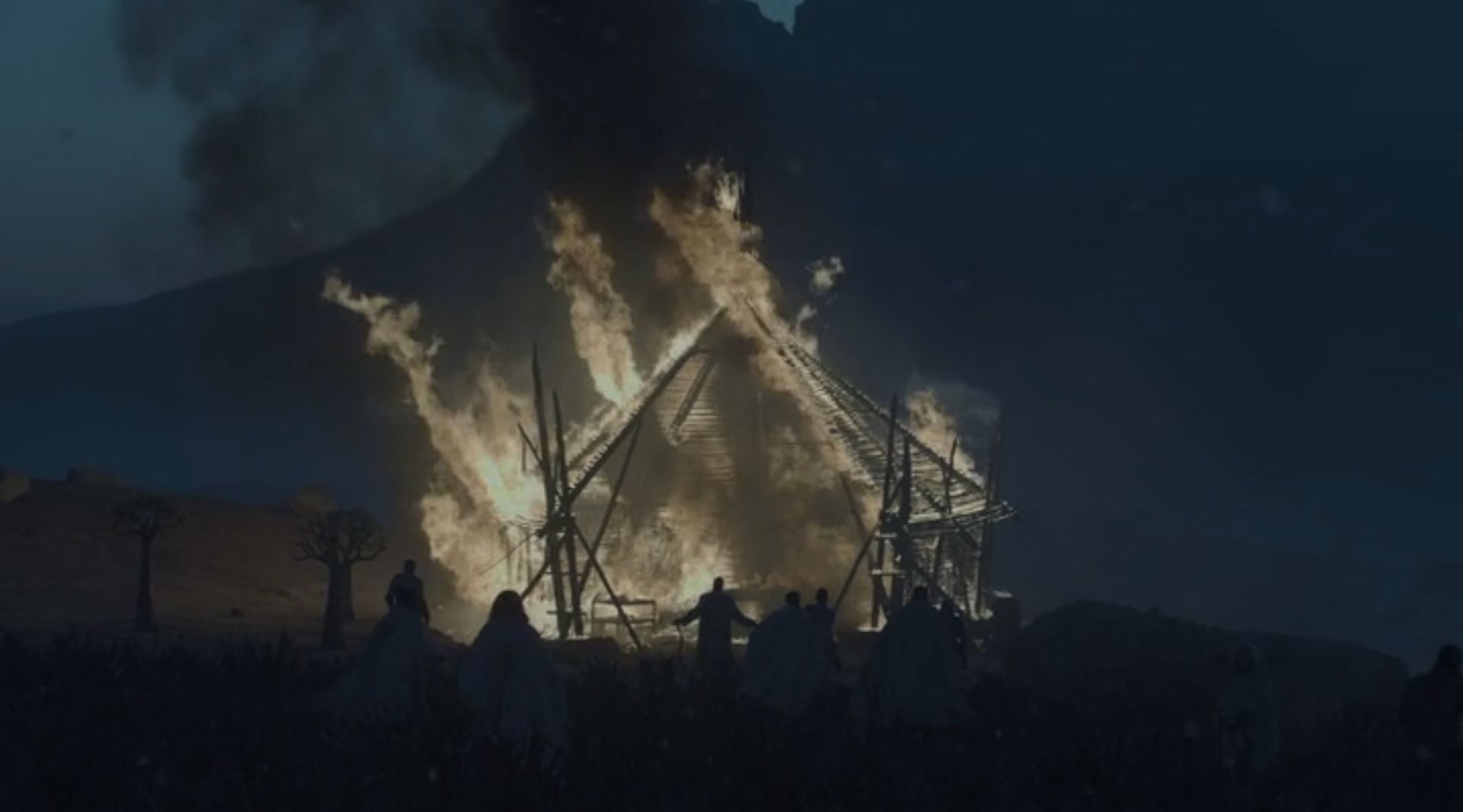 As Marcus continues to embrace his Mithraic devotion, Sue worries he may no longer have her and Paul’s best interests at heart. Meanwhile, Mother experiences what she believes to be malfunctions, and Hunter works on a secret project with Father.
Click to expand...

Everyone has gone bonkers. I think the only one that's still a bit normal is Paul. Funny thing is he doesn't feel the biological connection. He believes that mummy is mummy and not someone else, and dad can go to Hell. Not that Marcus isn't already there, because he really is, tormented by his god.

Honestly, I can see Sol laughing at Marcus, expect if you look at Mother's current situation, it's all mental. Mark, the disfunctional medical droid questioned the carbon based blood as a substitute to the white stuff. He outright didn't believe in it, because it didn't make logical sense. Except, it kind of seems that they are firmly in the home of Sol and all that happened before was prearranged by that god ... or aliens.

If it's the aliens they must be having time of their life. 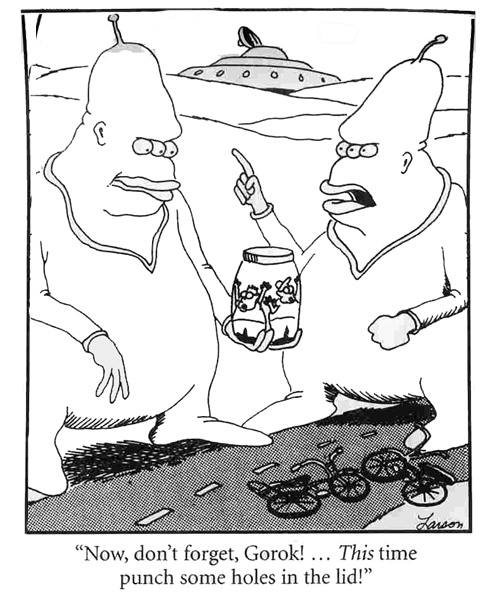 I cannot believe that the faith went into Marcus bell-tower and became a local ghost, and then the same thing happened to Mother. It's all too weird, but it kind of makes sense, because that is what God does. He breaks the illusion and then shows you a truth. Stuff that you've done or you're going to do, and no matter what you do, it's the destiny.

Somehow it also feels that the Norns - three sisters - are heavily influencing the survivors on Kebler-22b and they might have a different name for the place, the system and the planet. So, by looking at Mother's blood substitute is it possible that Sol gave the Mithraic worshippers a plan to build the android species and it all lead to an apocalypse that ultimately sent Chosen Ones - I believe there's more than one - on a trek across the stars?

According to Mark that is what happened. But, in the same breath he went and contradicted the whole claim, by saying: "Your model was always problematic." Maybe he meant by that the whole process of reaching the ultimate model and then releasing it to counter the Atheist threat was too soon and nobody really could understand the advancement in the technology, because there was simply no time to test it thoroughly.

Not that we ever do, because all the thing we do are somewhat flawed. Look as an example the software development. We, the consumers are to believe according to the makers claims that it's all perfect, but once you get it to end users hands, it's a buggy mess. Therefore more development time is needed before ultimately most, if not all flaws are understood and corrected. If we are lucky.

Instead, you look at them and how they portray things it's clear that they still possess the understanding and some, like the Hacker was able to go beyond its limits. In other words science never failed.

That same science is preventing Father from breaking free and I believe that by tampering the program for second time, caused further lockdown and driving Father model mental. In the past he would not have tried to murder Campion. Now it's clear that he's gone and in his place is a cold hearted machine incapable of doing anything else then following the programming and its master's wishes.

Does anyone believe that a knock from Campion's rock caused further buginess? 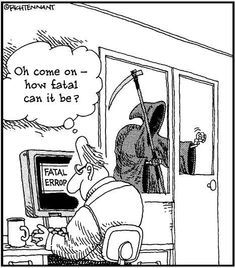 What should we do with Marcus and his retardination? Should Campion sling a stone to his dome to see if it corrects the situation?

ctg said:
Everyone has gone bonkers.
Click to expand...

Indeed.
Marcus, were it not for the allowances made for "chosen ones," would be the one locked in the hut as a danger to himself and others. Being directed by voices in your head is generally not a good thing.
Father has become an aspiring ax murderer, not that chopping Campion into smaller pieces would be frowned upon by most. I doubt that a rock to the brainbox did much damage, considering how ruggedly constructed the androids seem to be. I did notice a drop of his milky "blood" on his forehead, but the androids apparently can lose a few hundred gallons of that before they shut down.
Mother has been on he edge of insanity from the start. Maybe you just can't program an old necromancer new tricks -- like being a caregiver. Replacing her white corpuscles with Skitter blood seemed like a stretch. Putting a tin can bun in her oven, well, that's truly bonkers.
I loved the medical droid: "I'm a doctor, not a blood bag!"
He was McCoy, Emergency Medical Hologram Mark I and C-3PO all rolled into one. I'd like to see him revived -- maybe a Skitter blood transfusion?

REBerg said:
I loved the medical droid: "I'm a doctor, not a blood bag!"
He was McCoy, Emergency Medical Hologram Mark I and C-3PO all rolled into one. I'd like to see him revived -- maybe a Skitter blood transfusion?
Click to expand...

Oh yeah, I agree and it's quite amazing that all of it was done from a puppet hanging from the wall. I really doubt Mark the medical droid will make it to next season. But to think of it, Mother really do a miscalculation when she crashed the Ark. Everyone keeps coming back to it for one reason or another. It also makes me think how many other ships has crashed on that planet? The Ark and the Scout Ship cannot be the only ones.

ctg said:
Everyone has gone bonkers.
Click to expand...

Well, you have thought about this episode in a great deal more detail than I did. I didn't think we had any further explanation of the "ghosts" but you think the Mythraic "Gods" are responsible for everything - even the "tin can in the oven"! However, "everyone has gone bonkers" about sums it up.

I was just surprised that they finally gave us that backstory about the designs for the Necromancer being in Mythraic scriptures and hence, extra-terrestrial (just dropping it in there seven episodes in!) But does that really mean that human history from that point has been bended and shaped to an extra-terrestrial plan? I find that hard to believe. There is so much that might not go to plan with such a plan. If the plan was to result in the sending of a Necromancer to Kepler-22b then that could have happened without the destruction of Earth. If the plan was for a Necromancer modified into a nurturing android, the chances of that seem very slim. How could they know that someone as intelligent and skilled as Campion Sturges would have the time and motivation?

REBerg said:
He was McCoy, Emergency Medical Hologram Mark I and C-3PO all rolled into one.
Click to expand...

ctg said:
It also makes me think how many other ships has crashed on that planet? The Ark and the Scout Ship cannot be the only ones.
Click to expand...

In another part of the SFX magazine article I read, the show-runner did say that we have seen only one small part of a very large planet. There is apparently much to see in other climates and continents; other species of wildlife, vegetation. However, I expect that is to be kept for another season.

I'm just saying, but what kind of loving God would engineer the destruction of an entire planet, merely to enable sending an android, built to it's own designs, but with nurturing modifications, to Kepler-22b? Nope, there is some other explanation.

I'm a good 2 months behind everyone else on this (shock horror, I only watch one episode of any given show per week!)
I'm sorry, but what??? This has just totally nose-dived for me in terms of quality, logic and compellingness (not a word, apparently). It reminds me of Tom Baker-era Doctor Who, where they'd have 4-party stories set in more or less a single location. The story would play out pretty much spread over 4 or 5 individual sets, with the Doctor and the supporting characters just moving in-between these locations sort-of doing stuff.

That's just what this feels like. A friend of mine has told me to keep watching and I will, given there are only 2 episodes left now. But this is a massive struggle, and emblematic of a lot of modern TV that has an interesting premise but just doesn't have the quality of story or pacing to sustain it over a full season. I was thinking before that RBW felt like an 8 episode show inflated into 10 episodes. It's beginning to feel like a 6 episode show now.