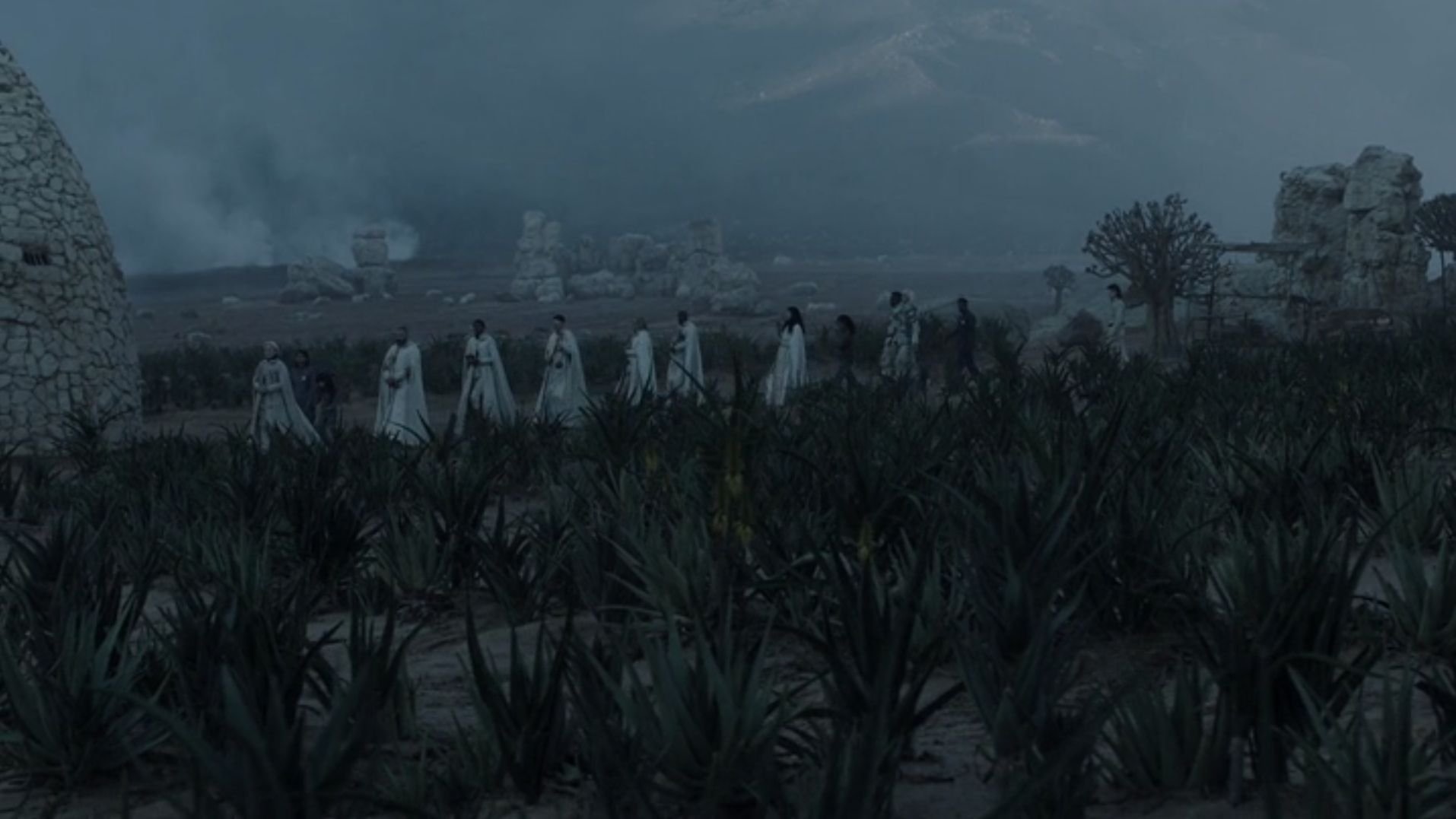 Marcus's decisions stress his relationship to his family as he struggles to maintain his clout as leader of the Mithraic. Mother is able to see Marcus for who he truly is, which threatens his power and puts Mother in a precarious situation she might not recover from. Meanwhile, Campion is faced with a choice that could result in dire consequences.
Click to expand...

Dave was right. Father is not gone, even though I was so certain that he was a goner. It bugs me that they rendered him to back to a machine state, where he shows no more emotion than the other 'service models.'

If you think Ridley Scott's Alien saga and especially the androids in the later episodes, many of them showed tendency towards a religion and breaking their programming. What I think happened with Father is effed up reprogramming.

Marcus thought that he's good and all would be done with a simple disable mechanism. And I believe he thought he did a good job, but against the Hacker who reprogrammed a Necromancer, I wouldn't go on betting on his skills to fix things.

It's just when you put a hacker in the job and they are invested in doing the best possible job, it's usually much deeper or more extensive than a normal engineering solution. I certainly did in my time at the IT business. And the thing is, we never really tell anyone of how far out of the box we went to do the thing. Not unless it's needed.

The Hacker in the job not only programmed the androids, but he did do the scout ship and prepared it for the journey. In a way he freed Father and Mother from the confines of their programmed restrictions, and it's no wonder for why Father is able to fight back. All Marcus did was put back to boundaries and lock the real Father inside.

Well, we knew that Ragnar... er, Marcus had flaws and it's not likely that he can escape them. Cutting your own stomach.... man, he needs some serious time with a shrink to stop that from happening.

I wonder what Father and Mother saw during his fight? 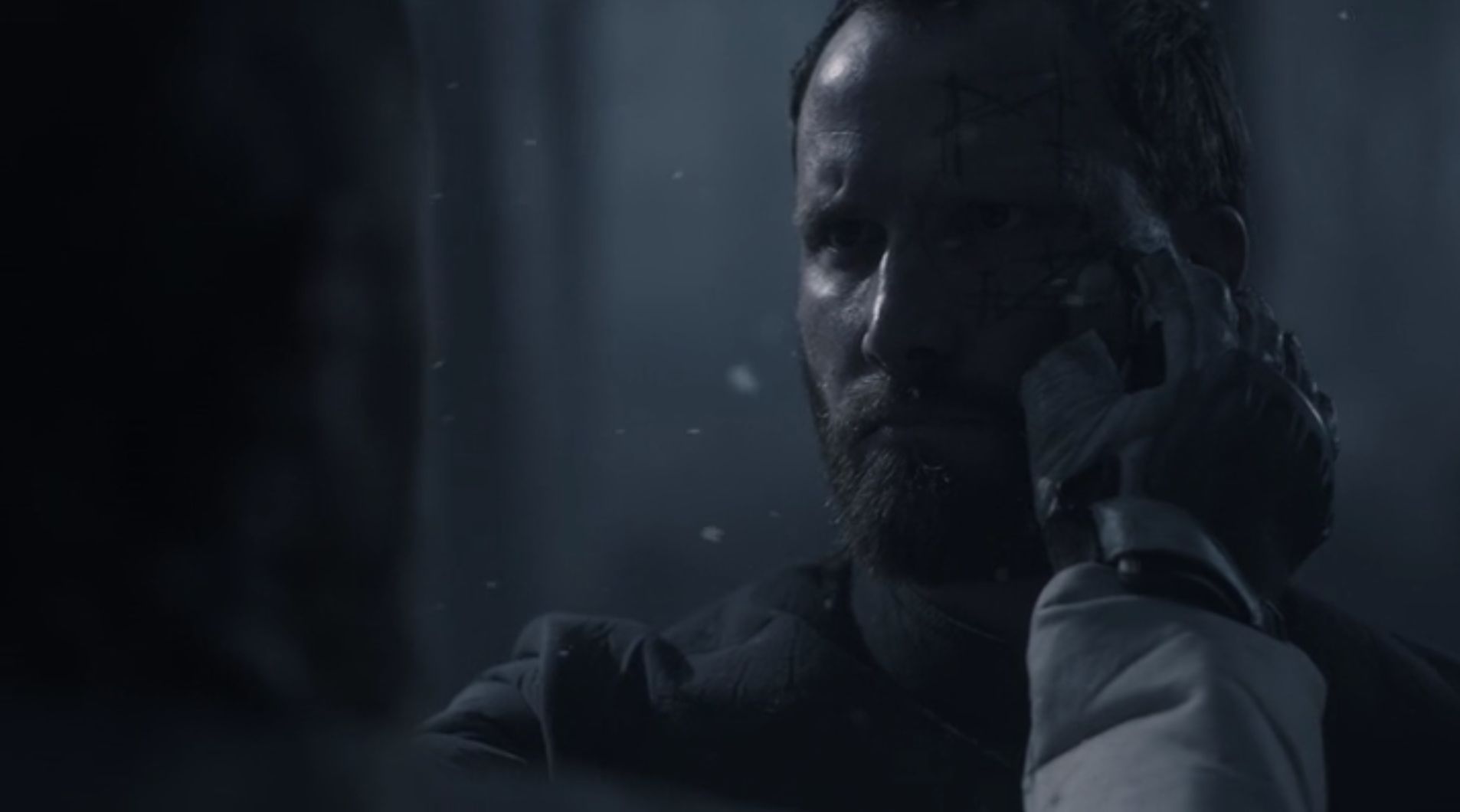 Is he an illusion conjured by a broken mind or is there really something going on in the planet the confirms Mithraic prophesy to be true? We know that the mouse came back, Marcus fought with his old person, Campion's corpse came down from the ceiling and the robe turned to a hanging loop.

We also know that both hacked androids has seen the manifestation of the dead girl and they both chased her as if she was a real thing. We know that mystical structure in the desert burned the faux priest and gave Marcus the voices. And we know that somehow Paul was able to see a vision from Mithraic city and replicate it at the floor of the temple.

All those examples speaks against the illusions and people going mad. I know that to the atheist God influence is something they need to explain through science. It's just the explanations start to fail as it did happen to me in the real life and the only way to get over is to accept. They are being manipulated by a higher being. A god.

Our own religious books are full of references to the similar occasions and curious as it is you can find those same things in the history book. They are really unexplainable, and the thing is, in Marcus' shoes, he should accept his destiny rather than fight till it drives him mad.

After all, if you a Chosen One it is your destiny and doing anything else is just waste of time. You could say that it's a parable of death or when your time is up, it's up, but in Marcus case, it is meant that he lives and fulfils the role set before him.

Funny as it is there's no reason for the believers to believe otherwise. Instead, I believe Marcus should tell them what he has experienced and come out from the closet like Paul Atreidas in the Dune. He too didn't believe in his fate, but things that happened made him a messiah to the desert people. And so the spice stopped flowing...

Is there spice in Kebler-22b? 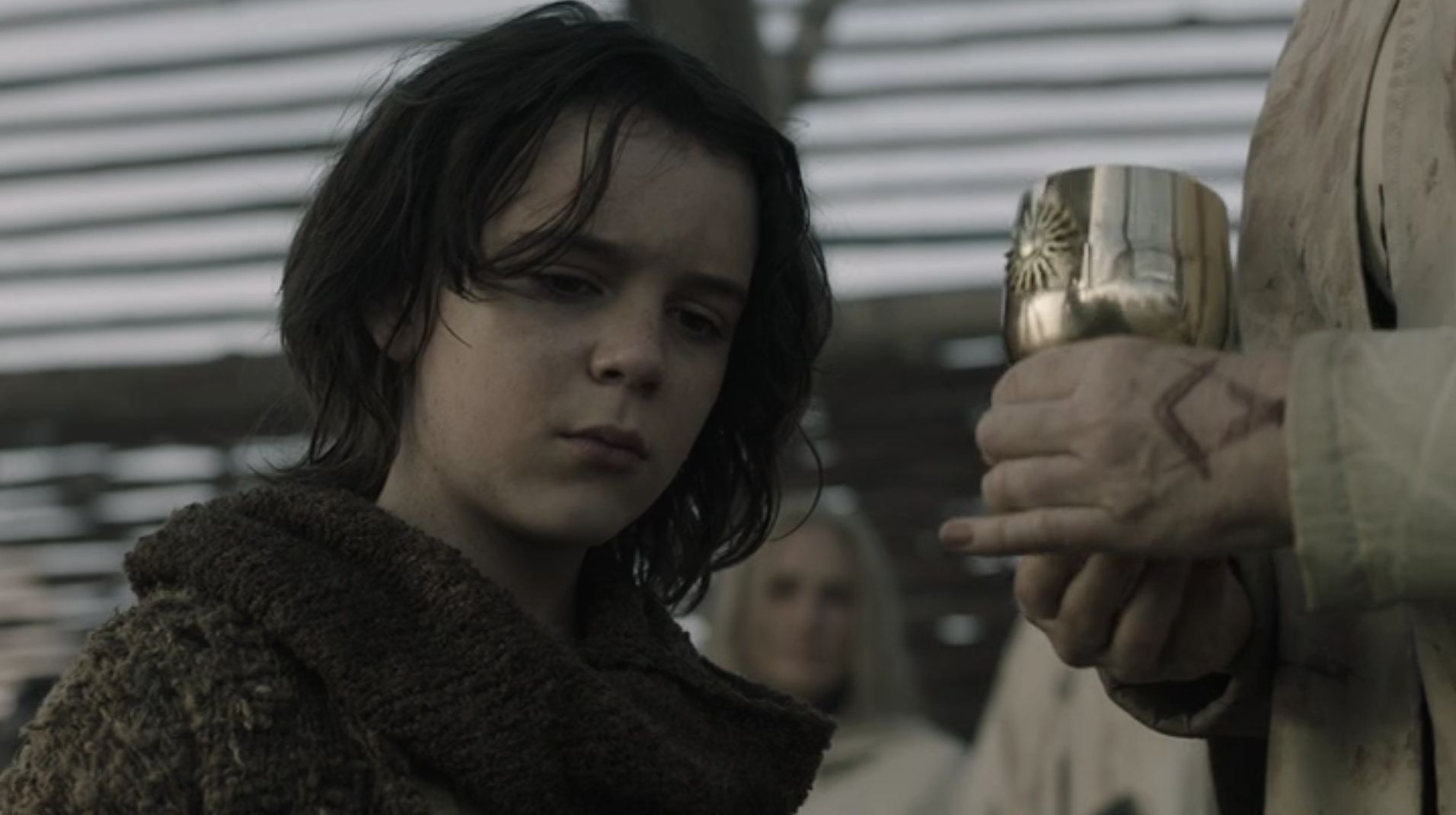 So, who is Campion and what is his role in the big picture?

ctg said:
Father is not gone, even though I was so certain that he was a goner. It bugs me that they rendered him to back to a machine state, where he shows no more emotion than the other 'service models.'
Click to expand...

I haven't ruled out some sort of comeback from Father. There's something about that twitchy finger that makes me think he isn't quite under control. Marcus may have "picked up" a few skills as a soldier, but I don't believe that he is quite the programmer he thinks he is. He gave up on Mother.

ctg said:
So, who is Campion and what is his role in the big picture?
Click to expand...

Some sort of human/religious-android/atheist hybrid destined to rule over both factions?

ctg said:
It bugs me that they rendered him to back to a machine state, where he shows no more emotion than the other 'service models.'
Click to expand...

REBerg said:
I haven't ruled out some sort of comeback from Father. There's something about that twitchy finger
Click to expand...

I agree with you both. Father is not gone, but just locked inside. He must follow orders, such as to push mother over the edge, but he wasn't told not to keep hold onto the rope, so he can still do that.

As for the mythology and spiritual stuff, I said that I could do without that. "Lost boys" as "prophets" leading them to "the empty place". Maybe I could accept it if it was going somewhere.

You see, I thought that too, and I like Dune (at least the first few books) and the mythology there is done well.

I don't really understand what is going on. I also don't want to get into a religious discussion here (we can't anyway) but I'm guessing there is an answer that is within the laws of physics and isn't supernatural.

ctg said:
Is he an illusion conjured by a broken mind or is there really something going on in the planet the confirms Mithraic prophesy to be true?
Click to expand...

It isn't just him though, there are a lot of whispers being heard, and the ghost child and other things that seem to be able to pass through walls and move objects

ctg said:
All those examples speaks against the illusions and people going mad.
Click to expand...

It might be a psychoactive drug within the food. You would think their equipment would detect that, but it didn't detect enough radiation to kill children. However, I think what we are seeing is real. Tally, the ghost child knows things that the other children don't know. So, her knowledge has to come from somewhere other than the mind of the child who sees her.

A few things annoying me with the narrative.

1. Sue wanting to run off with Marcus and Paul. End of human race. Makes no sense.

2. The Prophecy. I was caught between Paul and Campion Jnr and still am regardless of Marcus's statement at the end which leads onto my next point.

3. Campion Jnr calls Marcus a liar yet in the first episode Marcus told Campion Jnr that he had a son on the Ark. Short memory, which leads to my next point.

4. Campion Jnr was the over voice in Ep 1. Therefore we can presume that Campion is the narrator of the story or is that just because we had an A list director on E1 and it is going downhill story wise since. Which leads to my next point.

5. We are moving into fantasy territory at the moment. I should have picked this up earlier with the Mithraic Cult, but it was made abundantly clear with some of the imagery in this episode.

6. The obvious absence of the guy in the spiked helmet. I presume he is the father of Tempest's child. He is someone important to the story.

7. Father's bad reconstruction. Although I am thrilled he is back he should have no memory of what went on before. Sorry guys but he is an android .

8. Least but not least they should have cast someone else as Marcus instead of Travis Fimmel. Find actor as he is(and I watched him recently in an Aussie Vietnam War movie) still Ragnar Lothbrok to a lot of viewers.

Overall it still looks gorgeous and I will finish it because it is still better than most sci fi out there.

svalbard said:
We are moving into fantasy territory at the moment.
Click to expand...

svalbard said:
Overall it still looks gorgeous and I will finish it because it is still better than most sci fi out there.
Click to expand...