Has anyone out there been playing an up till then very good game only to have it ruined by a very frustrating or even near impossible section.
I've had this happen to me a few times, I was playing Tomb Raider on the original Playstation, there one section in a prison under an arena, in order to get into a locked cell to get to the exit you had to pull a lever in another cell then turn and run out and down the corridor before the cell closed back up, but the timing was so impossible tight I just could not do it, I had to resort to using a cheat code which left a sour taste in my mouth.
Also on the Playstation in the game Odd World 2 the was one part that was so hard I think it took about a hundred attempts to get through, the game was hard enough as it was so this was so needless.
Now when it comes to gaming I admit am a bit long in the tooth, so my reactions are none too fast, but making things like this near impossible hard just ruins the game for me.
The was a mech pilot type game on the Xbox, where you piloted and fought giant war robots, I forget it's title, a good no brainer shoot 'em up, a fairly good game all around worth a few hours play.
Then they brought out the sequel, oh boy, some genius thought it would be a great idea to have your character have to run up to an enemy robot, eject its pilot and take it over by playing a ridiculously hard Simon Says type game with the buttons on the controller, this was so frustratingly difficult and nearly impossible to do that it completely ruined what should have been a good game, because of this I could not get past a certain point no matter how hard I tried.
Had anyone else had a good game ruined because of some badly thought out and near impossible obstacle!
Last edited: Sep 11, 2020

Just Cause 3 has an infuriating mechanism where, to liberate any large town, you have to jump from roof to roof as a clock counts down. Any wrong step, of course, and you have to start again. For a fun, silly, do-what-you-like game, it's extremely irritating. Also, Assassin's Creed 2 has a couple of big jumps in difficulty. I suspect that it's a good action game and not a very good stealth game, which means that carefully-made plans can go wrong at the drop of a hat. It's a "good" way to waste a lot of time, which is a shame as the game itself is largely great.

There's a section in Riven (sequel to myst) where you have to read inscriptions you have collected on stones in a dark environment and my monitor (1998) couldn't even see them!
It was the only section in this otherwise wonderful hypercard game that I had to use the walkthrough for.
However, it remains one of the most beautiful games I have ever played even 20 years on 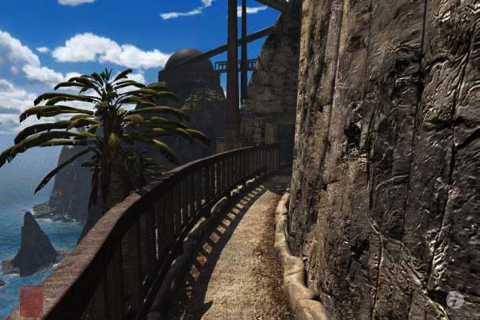 You’re definitely not alone. I tried a Batman game a few years back (Arkham something or other on PS3) and there were so many different button combos that I was just pressing them randomly and watching Batman do stuff. Despite having the controller in my hands, I had no idea what he was going to do next. I thought it was like watching a movie with no real interaction from me (apart from adding a random touch). A frustrating waste of time and I don’t think I’ve played another console game since.

My own personal pet hate are strategy games where the AI opponent isn’t subject to the same rules as a human. I try to be philosophical and tell myself to get used to it until somebody finally develops a competent AI. But I still fly into a rage when I feel cheated of victory. In fact, recently @Venusian Broon used a phrase I’d never heard before: rage quite. I realise now that this is exactly me.

Too often to count. While I can't think of a specific example of something I've never been able to get past eventually I still have memories of having to replay missions in Commandos 2 over and over again.

For me, usually, I'll hit the point and get really agitated by my inability to beat it, usually getting worse by the attempt. Often though, if I just walk away and do something else for a while (especially on console type games) when I try again I just breeze through it.

This leads me to think the sections I struggle with aren't actually all that difficult, and I just get myself worked up.

I think this thread deserves a Downfall meme (warning: harsh language in use)

The one game I truly loved and would play endlessly was Halo on the original Xbox, it's a lession on how to design a game, through driving the Warthog on the last level could be a bit tricky at times, it handled like a pig (lol)!
Also Oddworld: Munch's Oddysee on the Xbox was pretty amazing too!

Ha, I played Halo so damn much. Co-op was so much fun. We even got to the point of doing speed runs and recording it through a VCR

From Earth; Mad House of the Universe

I've "accidentally" rewritten bad game code for basically this reason.
I feel that if you are suddenly going to require the sacred oompalumpa of greater outerwherever to finish off a section some mention of it should have been made back sixteen levels before when you were near the what's it to begin with.
But to suddenly say "oh you can't ever win now because you never picked up (insert random infathomable object that didn't even register umpetyteen levels ago)"
Well that's just being both silly and evil and there is just no excuse for that sort of behaviour after you made us pay for the game.
(Of course if the game was torrented and the original creator inserted a virus unless you paid them, I'd call that fair going. But not for a properly bought game.)
You must log in or register to reply here.
Share:
Facebook Twitter Reddit Pinterest Tumblr WhatsApp Email Link
Top