This was a story I read in the mid 80's in school, it might have been part of a textbook that we used that year.

The story was, scientists had found the most efficient way to explore mars was a sort of consiousness transferral into one of the indigenous creatures that lived on Mars. The astronaut was the third person to be sent, the two sent before him could not be contacted, but there was no indication that they had experienced any sort of anomolies or catastrophes.

When he arrived on Mars and assumed the body of the indidgenous Martian, he found it was superior to his human body, and he liked it so much that he just took off bounding across the surface of Mars, and didnt ever bother to report back, suggesting that the two others before him had chosen the same fate.

Not enough robots for Philip K. Dick, maybe some sort of a twilight zone derivative? Whatever it was trying to find this has been driving me mad.

Anthologised many many times.

Two volunteers who have had their bodies turned into “Lopers” so that they can survey the surface of Jupiter disappear. The administrator...
www.goodreads.com

It's one of the stories collected in "City" 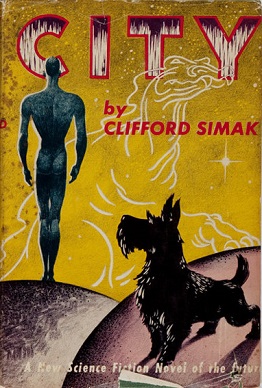 Wow! That was pretty quick! Yes it was Jupiter and now I remember the name Lopers...

Thanks very much!! I will put these on my to read list at once

I think this might be the single most common query on here.