This series will premier at September 3. Among the creators is Ridley Scott. So, you can be certain it's going to be somewhat scary, if not totally horrifying, which is interesting choice, because we don't need extra fear in our lives. Not in this Covid-19 time. But, for the defence of Dark SF and Horror, we kind of need these to know that our lives are better than theirs and therefore, it's all good.

What you'll see isn't going to cross into our reality ... at least not for a while. But one day, we might learn how to build androids and give them artificial mind to study things. What really intrigues me is that Ridley Scott somehow managed to bring the basic premise of the Terminator into the small screen. The humanity cocked up and ended destroying ourselves in the process, except a small group of people, who in the series is transported to an exoplanet somewhere in the Milkyway. And in there, the androids determine that the humans are a problem and the only way to solve it, is to get rid of them.

So, an apocalypse over another. Does that intrigue you?

Sounds very interesting to me. I don't have HBO so I may need to wait before I can watch it.

Rodders said:
Sounds very interesting to me. I don't have HBO so I may need to wait before I can watch it.
Click to expand...

It might be on Sky Atlantic at some point, but at the moment, there's no UK broadcaster.

First three episodes are out on the HBO. The series is very different to anything we have seen over past two decades ... unless you've been reading genre material. What is interesting is that the series dips into previous Ridley Scott material, including Alien and the Terminator. But then you start to see stuff that's not his, like for example Mad Max and Bladerunner.

The series is based on actual location, Kebler-22b, but the rest is completely pure Science Fiction and Fantasy, with some religious tones thrown in the mix. All the actors are great, including a great number of children, which are in the series in a main role.

So, you'll have an exoplanet, ultra capable androids, futuristic space ships, worm holes, and start of a new civilisation as the previous one get destroyed. If that doesn't make you interested, the series is not easiest thing to watch and I'd recommend you to just let it capture you with its magic. If you are well read, you will find stuff from many novels in the series.

I will write episodic reviews later on, but for now, it's a high class SF series. A real treat in this strange year, which already have reminded how fragile humanity really is, when the cataclysmic events appear over the horizon.

ctg said:
The series is based on actual location, Kebler-22b,
Click to expand...

Hey! That's right in my old neighborhood, Kepler-440b.
I'll check this series out. Could be a trip down Memory Lane.

I've only been able to locate this series on HBO Max, which requires some finagling to view, despite the fact that I get HBO as part of my cable package. I'll have to book some time on the main household screen.

REBerg said:
I'll have to book some time on the main household screen.
Click to expand...

BTW Just start new threads for the episodes (I'll only have to split them off later and untangle all the comments on them + do it without reading them to not spoilt it for myself!)

Actually I'll do it for these now. Don't worry about flooding the forums with posts. I'm giving you a special dispensation.

I've created a new forum for this as it is the most highly anticipated new SF series of 2020. It is being shown on HBO in the USA. In the UK, there is no release date, but HBO series usually appear on NOW TV quite soon afterwards. There are 10 episodes in the first series. Only the first 2 are directed by Ridley Scott. 3 episodes were released in the first week, followed by 2 in the second week, and 2 in the third week. That is a departure from the usual way now to drop the whole series at once, but it does keep up the suspense more and get more people talking about it.

In HBO Max’s Raised by Wolves, humanity’s last real hope for survival lies in the existence of a group of children who are all being cared for by Mother and Father, a pair of androids programmed to be influential nurturers by the same humans whose ideological differences ultimately led to the Earth’s destruction.

Though Mother and Father are initially presented as being key pieces of humanity’s survival, Raised by Wolves’ human adults all believe they have reason to be suspicious of the androids, which is what ends up kicking the series’ drama into motion. Much as the story—created by Aaron Guzikowski—has illustrated a devastating picture of humanity’s past simply through the strangeness of the present, there’s much about what came before that’s yet to be properly explained. That’s about to change thanks to a new comic book DC’s publishing with HBO.
Click to expand...

In HBO Max’s Raised by Wolves, humanity’s last real hope for survival lies in the existence of a group of children who are all being cared for by Mother and Father, a pair of androids programmed to be influential nurturers by the same humans whose ideological differences ultimately led to the...
io9.gizmodo.com

I never think it is a good sign that you need to read something to understand something on screen. It is fine if they want to expand the Raised by Wolves universe and to add in more back-story, but as that quote says, "there’s much about what came before that’s yet to be properly explained" and it should have been explained because what came before is important/crucial to understanding the story that is being shown right now. Having said my piece, I have only seen the first six episodes, so it is probably much clearer after seeing the next four.

Readers learn in the comic that it was the atheists’ response to the deadly necromancers that made Earth uninhabitable, placing the blame for the ruin squarely on this particular class of android. Although Raised by Wolves makes it clear that the necromancers are extremely powerful, it wasn’t spelled out that the introduction of the new weapon was what finally broke things irreparably. The mention of a “fifth force of nature” seems to have motivated the advancement, whatever that means.

Meanwhile, introducing a “boogeyman” to the children as a way of disciplining them, given that they know the androids could never truly punish them because of their programming, is a delicate decision for Mother and Father, since they are not as practised at deception as humans are. However, Raised by Wolves fans will quickly note the irony of Mother saying “the necromancers will never leave what remains of Earth” given that she is one.

That’s the main appeal of the Raised by Wolves comic. Given its nature as a prequel, the story lets fans see the developing awareness of Mother, Father, and the children with the knowledge of what will happen to them. This is a luxury that wasn’t afforded to us when we were watching the first episode, wondering why Mother was malfunctioning and why the children were getting sick. Hopefully as the comic continues, it will provide other insights that will contribute to the overall picture.
Click to expand... 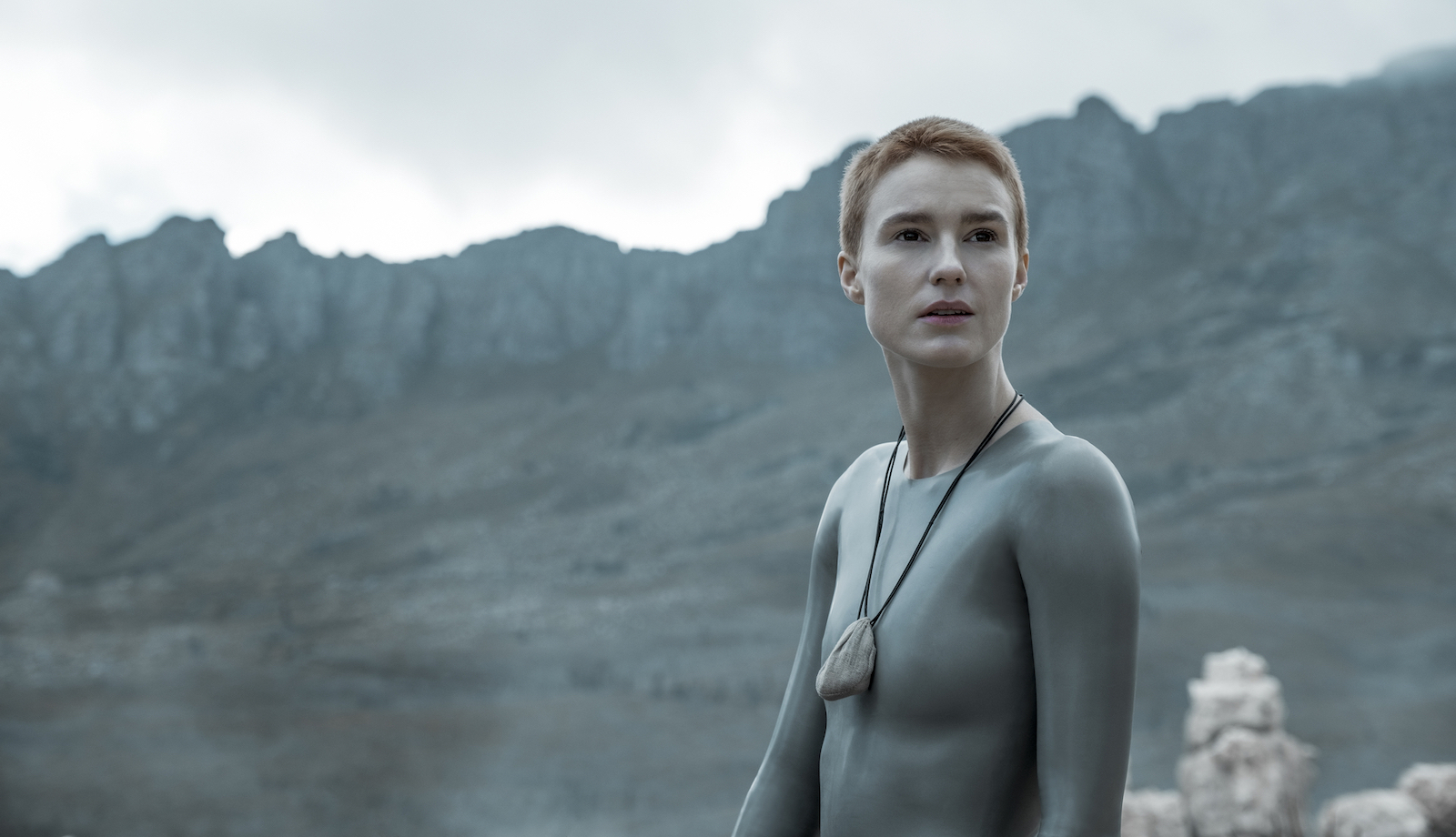 A new Raised by Wolves comic, free to read, sheds light on the early days of life on Kepler-22b before Mother knew her own secret.

Jordan Loughran has been preparing for her role on Raised by Wolves her whole life: A science fiction fan since childhood, the London-born actress is very comfortable with futuristic worlds, having starred on recent SFF series Emerald City and Evermoor. When prepping to play Mithraic teenager Tempest on Ridley Scott’s far-future series, then, Loughran turned to an unusual but invaluable piece of reading material: the book Betrayal (on which the film Spotlight was based), which helped her dramatize Tempest’s loss of faith and subsequent losses of identity and community.
Click to expand... 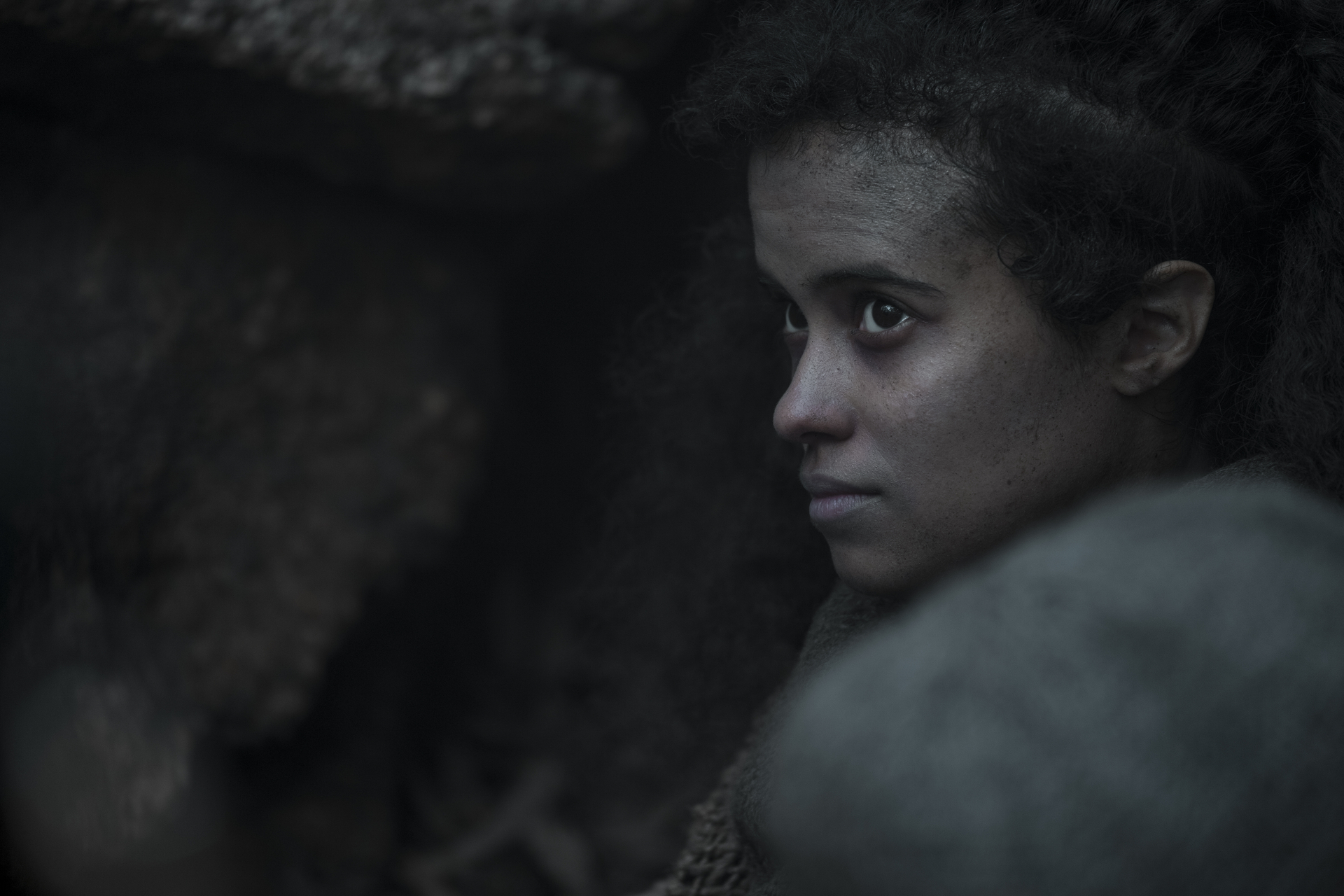 Raised by Wolves: Jordan Loughran on Bodily Autonomy and Tempest’s Loss of Faith | Den of Geek