Earliest evidence for humans in the Americas causes rethink.....

Apparently human settlement in the Americas is now thought to date back 33,000 years

Of course there will be those who dispute this, but I always thought the Clovis story (arrived @11,500 years ago) seemed kind of recent.

Here's the first few lines of the BBC story:

Humans settled in the Americas much earlier than previously thought, according to new finds from Mexico.
They suggest people were living there 33,000 years ago, twice the widely accepted age for the earliest settlement of the Americas.
The results are based on work at Chiquihuite Cave, a high-altitude rock shelter in central Mexico.
Archaeologists found thousands of stone tools suggesting the cave was used by people for at least 20,000 years.

And here's the article in full: 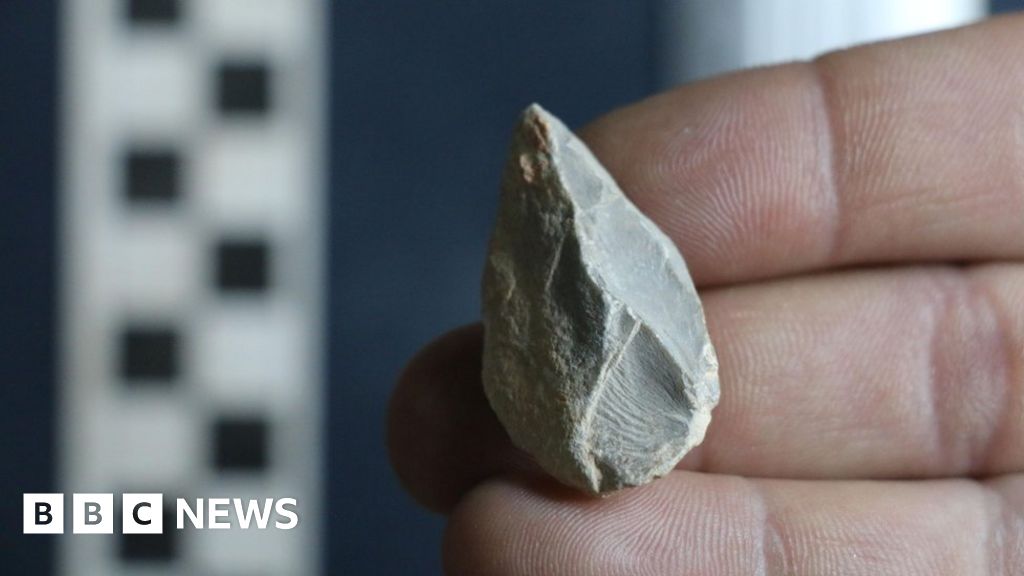 Earliest evidence for humans in the Americas

Humans settled in the Americas much earlier than previously thought, according to new finds from Mexico.

I'm not particularly surprised, although there are a number of misunderstood terms which might make the basic article misunderstood. Most people (who have had no need to consider it) associate 'Native Americans' as a purely U.S./Canadian group of people. In other circles the term is applied to all races of the Western Hemisphere. That's a big chunk of planet. There is nothing saying that the Chiquihuite group--or other older group--might have survived the Ice Age in Central America, then spread out as it eased. Ultimately the Clovis explanation is also reasonable, and the Polynesian, and the...

I agree with @Hugh , Clovis alone always seemed a little too recent. Personally, I'd not be surprised if humans existed in the Americas as long as anywhere else.

Granted, I get it...everyone wants to be first. All I worry about is being last

Given that aboriginals here in Australia are believed to have arrived 40,000 to 60,000 years ago, I've also always questioned those 'recent' arrival dates for the Americas.
J

I think the 'recent' thing is based on the concept that the ice cap was an impenetrable barrier. I never saw it that way because it would be so easy to fish and seal hunt your way right along the edge of it till reaching the southern terminus where the coast could be accessed.

Here's Stefan Milo's short on the topic. As a heads up he is on the sceptical side, but makes some good points regarding the findings:


Overall to prove there were humans earlier than 25,000 years ago in the americans we'd need better evidence, if it exists. Which it may not.
J

I'm curious about when the Denisovans got here. They (or their decendants) do seem to have made it to South America.

JimC said:
I'm curious about when the Denisovans got here. They (or their decendants) do seem to have made it to South America.
Click to expand...

I hadn't seen this. What evidence has been found to suggest this?
J

Denisovan DNA in a small remote South American indian tribe. Brazil Amazon Basin, the Suruí I think - but don't hold me to that.
Last edited: Jul 23, 2020

I can't find any references to Denisovians outside of Asia.
Become a Supporter Member for self-promotion and signature benefits: Upgrade your account here

From a quick google I'm getting that there are Austrolasian 'signals' in the DNA from a few South American samples and I believe it has been established that the Denisovians did interbreed with Austrolasians, in a similar way that Neanderthal DNA is present in present European populations.

The dates on one of those signals that they have are about 10,000 years+ ago which is a bit anomalous and needs a bit of explaining!

Potentially I suppose, a group with some Austrolasian DNA could have travelled the Beringian landbridge with the rest of the soon-to-be Americans, for example. And that: "...Australasian ancestry was confined to a small population of Siberian migrants who remained isolated from other Native American ancestors throughout the journey through Beringia and the Americas. That suggests individual groups may have moved into the continents without mixing."*

But I guess we'd need more evidence for that.

I also saw a claim of butchering of a 130,000 year old mammoth in Mexico, ...which could imply actual Denisovians (or Neanderthal or Homo Sapian, or some other hominid) in the Americas at the time....but from my understanding it is not clear at all that this interpretation of the evidence is warranted.

"I can't find any references to Denisovians outside of Asia".

All along, at least a few anthropologists have expressed skepticism about the speed of diffusion from the Bering bridge to the far end of South America, that the traditional view implied.