Below is what you see when you open my May 1970 printing of Asimov's Mysteries as published in paperback by Dell. Can anyone tell me what the "bar code" meant and how it was used -- in 1970? Surely there were no bookstores using scanners to ring up your purchases then. My guess: I believe that, at that time, store managers could return unsold paperbacks for credit, but they didn't have to return the whole book; they would tear off the covers and discard the books. (Of course, coverless paperbacks occasionally showed up and were read by the impecunious.) So the bar code might have been scanned by some machine connected with magazine and paperback distribution or by the publisher. I can only be vague about how such a procedure might have been done. Was it done? What's the explanation? Fifty years ago!

Okay, so a lot of research later... and nothing.

Well almost. During the 60's and 70's there was apparently a bunch of trials of different style of machine-readable identifiers before the standard was reached.

As to what that one in particular is, I have no idea but if I had to guess, I'd assume it was for the printers more than the retail outlet (to help organise their stock etc).

Piqued my interest and went searching, you may find this link useful 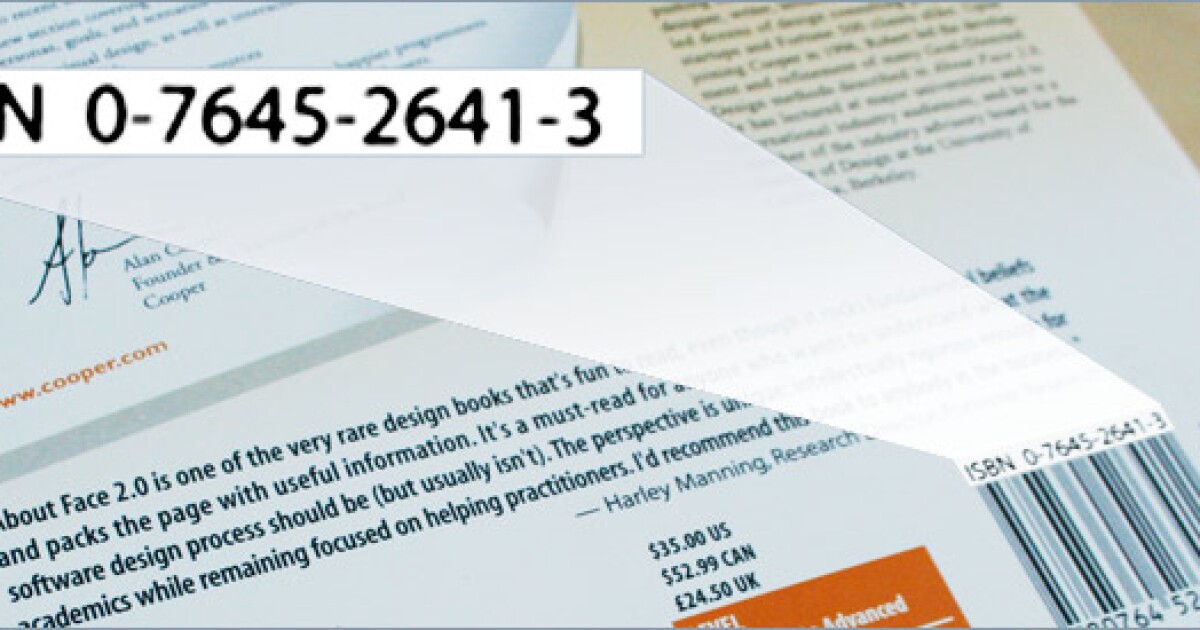 Search for books by ISBN

ISBN is the acronym for International Standard Book Number. This 10 or 13-digit number identifies a specific book, an edition of a book, or a book-like product (such as an audiobook). Since 1970 each published book has a unique ISBN. In 2007, assigned ISBNs changed from 10 digits to 13.
www.abebooks.co.uk
Or this one

Barcodes for Books - The Label Experts

Do you need book labels? EIM has everything on hand to print your ISBN barcodes. Read up on book labeling & how to get an ISBN for your book.

Thanks, Matthew and Nixie, for the context you've provided.

Would some of you folks mind checking your Dell paperbacks from around 1970 and seeing if they have the peculiar lines? As I recall, Dell issued a paperback of Bran Mak Morn by R. E. Howard about this time -- does it have the lines?

Very interesting. Wikipedia has this to say on bar codes:

The barcode was invented ... in 1951. However, it took over twenty years before this invention became commercially successful... The very first scanning of the now-ubiquitous ...barcode was on a pack of chewing gum in June 1974 at a supermarket in Troy, Ohio.

It also suggests that the use of thick and thin lines was incorporated very early on, in the 1950's in development from morse, so I'm not sure this is a barcode at all. Is there a chance its a printer QC method?
Starfarer SF

From what I read earlier, it was something to do with the ISBN rather than the means to scan price .

nixie said:
From what I read earlier, it was something to do with the ISBN rather than the means to scan price .
Click to expand...

Yes, barcodes do encode the ISBN on books, but I don't think this is a barcode.
Starfarer SF

The lines in my Asimov book are some kind of bar code; but not a barcode proper, I take it.

But what are they?

Yeah -- that's what I had in mind above -- but I'm finding these lines only in Dell books. Two more examples to follow.

The top one is for Robert Moore Williams's Beachhead Planet (Dell, Jan. 1970), and the bottom one is for Carrtoll M. Capps's Secret of the Sunless World (Dell, July 1969).

A few gleanings but no solution:

Yes almost certainly return code. Detailed in this NYT archive article. Can't see the pics but text (scroll down) down at "Paper Back Talk" fits the bill.