I understand that quite a lot of Alien fans have a hatred for this film but I have to say I think it has some sort of value, I rather enjoy it but not for the same reasons that I enjoy Alien and Aliens, it's more of a 'it's so bad that it's good' enjoyment. What do the rest of you think about Alien: Resurrection?

I quit watching the series after the second one. I like those two movies a lot. After that the plots were going elsewhere, just seemed like an entirely different kind of movie, with more horror, less adventure.. So bad it's good could describe it. Many years went by and I happened to run across Prometheus not realizing it was part of the alien series. It started out interesting, but then for me it just became unbelievable. The crew had a child like attitude about something I thought was very exciting. I like the Predator series but never saw any Predator vs Alien clashes. I have several hand made alien skulls of various sizes, so its not like I watched the movies and just walked away.

I really like Jean-Pierre Jeunet's other work (Amelie, Delicatessen, City Of Lost Children) and there are scenes where his particular style shows through but, I just don't think there's very much in this movie. There's a particularly stupid and ham fisted scene where Winona Ryder's android character talks about when she the rest of the android resistance burned their modems.... I wondered what the writers had been smoking.

Overall, it has a nice visual style but compared to Jeunet's earlier films, it's just a car crash.

I went to see this at the cinema and I thought the first half was pretty good. It looked good had a great cast and Ripley was totally bad***. There was a good build up of tension and Some scenes were really well executed.

Once the aliens escaped, the movies look a complete nosedive. The CGI didn’t look realistic at all and don’t get me started on the absurdity of the alien King.
B

They should have moved on from Ripley .

BAYLOR said:
They should have moved on from Ripley .
Click to expand...

I couldn't agree more, Alien 3 provides a very fitting ending for her character. I heard some rumours about Ripley being brought back for a possible Alien 5 though and I'm rather curious to see where that goes.
B

CriticalCarrot said:
I couldn't agree more, Alien 3 provides a very fitting ending for her character. I heard some rumours about Ripley being brought back for a possible Alien 5 though and I'm rather curious to see where that goes.
Click to expand...

I think this film series has pretty much run it course.

BAYLOR said:
I think this film series has pretty much run it course.
Click to expand...

I don't think I'd like to see it end just yet, I feel like if we get the right production team then new life can really be brought to the franchise. 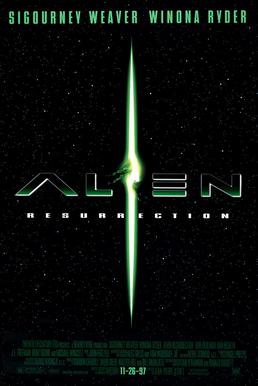 I saw this in the cinema and have watched it a couple of times since. It has some good moments but tone is all over the place. The jokes are dumb and out of place and there is a general lack of real tension. It's almost a parody of its former self.
You must log in or register to reply here.
Share:
Facebook Twitter Reddit Pinterest Tumblr WhatsApp Email Link
Top