The Shelf Life of an Elf by John Frochio 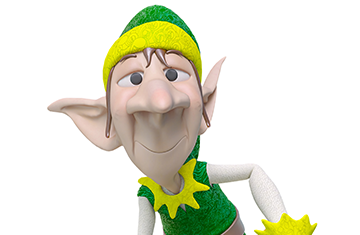 This is the story of an elf named Rob. He used to be a happy elf, enjoying his important duties as an elf patiently sitting on a shelf and overseeing the children so the naughty ones could be either weeded out or reformed. He used to feel like he was making a difference. Not anymore. Each day he became more frustrated and bitter about his role in Elfdom.
In short, he wanted out. He put in for a transfer but quickly found that transfers out of that position were rarely granted. He was stuck in a permanent dead-end job.

What kind of life was moving from one shelf to the next? What indeed was the shelf life of an elf? Alas, there was no expiration date.

Reluctantly accepting his fate, he searched for ways to make his dreary life more tolerable. He became more complacent, and the children forgot about him most of the time.

One day, as Rob watched the children playing – and clearly ignoring him – it occurred to him that he possessed an extraordinary magical power. An elf who sat on a shelf actually bends space and time when he leaps from one place to another. He decided he needed to do more of these surprise visits to entertain himself if not the children.