An article on the BBC website showing there's a correlation between lead pollution, as captured in ice cores, and events in the UK which triggered differences in lead or silver production here Alpine ice sheds light on medieval murder

As ever for the BBC, the headline is needlessly dramatic and doesn't bear scrutiny -- I was hoping to see some evidence of lead pollution causing mental impairment that led to Becket's murder!

Since they're apparently using tax records to mirror the surges and troughs in the pollution, I'm not sure it's really telling us much the specialists didn't know already about production, but it does appear to show lead pollution was as bad then as at some points during the industrial revolution.

Apparently air pollution from lead was as bad in 12th Century Britain as during the Industrial revolution, and this BBC article makes a link to Thomas a Becket

Here are the first lines:
Ancient air pollution, trapped in ice, reveals new details about life and death in 12th Century Britain.
In a study, scientists have found traces of lead, transported on the winds from British mines that operated in the late 1100s.
Air pollution from lead in this time period was as bad as during the industrial revolution centuries later.
The pollution also sheds light on a notorious murder of the medieval era; the killing of Thomas Becket. 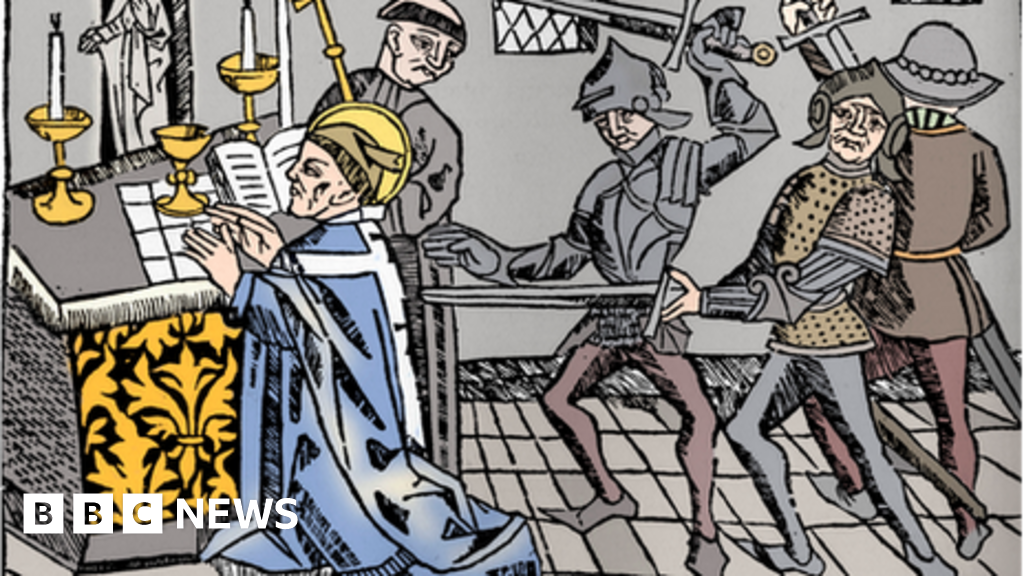 You're three hours too late, Hugh -- I posted on this earlier! I'll merge the two threads.

Many thanks. Asleep at the wheel once again....

I'm trying to make sense of the graph. The Y axis is labeled Pb Intensity as measured by ice in Switzerland. The red line shows yearly mean Pb intensity as a log scale. So far, so good.

Then there's a second line showing cart-load payments. How are payments measured in terms of concentration of lead? Was there a total of one payment in 1169? One shilling? One cart-load? The numbers don't make any sense to me.

The other aspect that's strange is that there's no mention of mining in the Vosges or the Harz mountains. Surely ice in Switzerland was affected by these and other sources, not just from England alone. I tried checking the source article but of course its behind a paywall. So much for open scholarship. *grumble*

The basic point, that medieval industry could pollute the environment, is one worth making to the general public. We humans have been messing the nest for a long time.

I'm glad I'm not the only one who wondered about that cart-load payment line -- I assumed it was something to do with the amount of tax paid, but it would have been good to have something more explicit. And I wondered, too, how even by modelling air currents and the like they could be so very sure it was all and only English pollution over the Alps.

Maybe it's just me, but I don't see any clear correlation between those two graph lines. There are huge peaks and troughs in each that don't line up with each other.

IIRC correctly, I think we've seen something linked to previously on chrons where you can basically match up any two charts about anything to claim a direct correlation.
If you find chronicles helpful, help chronicles: upgrade your membership to Supporter.
You must log in or register to reply here.
Share:
Facebook Twitter Reddit Pinterest Tumblr WhatsApp Email Share Link