Season 5 of The Expanse is wrapping.... main cast... Cara Gee not there since she may be having a baby about now:
(See this in December...I think... guessing will hear about season 6 then or before that.)

S5 of the series picks up as multitudes of humans leave the solar system in search of new homes and vast fortunes on the earth-like worlds beyond the alien Ring, and a heavy price for centuries of exploitation of the Belt finally comes due and a reckoning is at hand. For the crew of the Rocinanteand the leaders of the Inner Planets and the Belt, the past and present converge, bringing forth personal challenges that have wide-reaching repercussions throughout the Solar System.

Amos (Wes Chatham) returns to Earth to confront his past and the legacy of the life he fought to leave behind. Naomi (Dominique Tipper) reaches out to her estranged son in a desperate bid to save him from his father’s toxic influence. Bobbie (Frankie Adams) and Alex (Cas Anvar) confront the collapse of Mars as they chase a shadowy cabal with ties to terrorists and criminals. Holden (Steven Strait) wrestles with the consequences of his own past with the Protomolecule, the aliens who built it, and the mystery of what killed them. Drummer (Cara Gee), with a new crew, fights to escape who and what she used to be. And Avasarala (Shohreh Aghdashloo), refusing to be relegated to the sidelines, fights to prevent a terrorist attack unrivaled in history.
Click to expand...

Did I read somewhere that this is the last season?

Rodders said:
Did I read somewhere that this is the last season?
Click to expand...

You might have. I haven't seen anything. There are still a couple more books to go, if they want to please the fans.

Good news and and bad.
The good: Season five has begun on Amazon Prime, and a sixth season has been approved.
The bad: Season six will be the last. 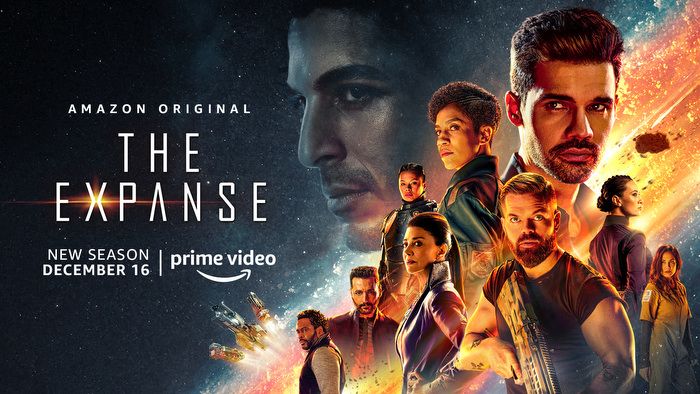 Brush up on your Belter and buckle up on the Rocinante!

Even better news is that so far S5 is brilliant.

I have to watch it and produce the threads then