Interesting information and somewhat spoilerific stuff. So watch it with a thought after you have finished the finale.
Click to expand...

I like spoilers for shows I am not all that invested in.

Av Demeisen said:
I like spoilers for shows I am not all that invested in.
Click to expand...

TVLINE | With the show already renewed for Season 2, where do you think they go from here?
I know where it goes from here because we’ve already started work on Season 2, so I don’t want to spoil it too much! But I will say that these two characters are complete strangers and we will get to dive into how they navigate this new relationship, as well as the world around them bringing new challenges.

TVLINE | What do you think was going through Salvor’s mind when she realized that Gaal had found her?
I definitely think she feels relief and a sense of awe when seeing Gaal. It’s been a long time coming, finally finding the missing piece in her life. The fact that Gaal is even in front of her is astounding. What are the chances that she would land in the exact right place? That Salvor would be discovered and woken up by the very person she is in search of? Though when it comes to Salvor, we cannot forget that she’s an abnormally lucky woman. Salvor is thanking her lucky stars, for sure!

TVLINE | She left everything she knew behind to find Gaal, so how do you think that will affect her moving forward?
I think it might help them connect. They both have traveled years into the future, and for all they know, everything they knew has been left behind. They, potentially, only have each other left. It’s a profound emotion to contemplate, but it is something that requires time to process. Whether or not they have the luxury of time is another question entirely.

TVLINE | Knowing that she’s a century into the future, do you think she’d want to return to Terminus and see what happened to her people?
Being the Warden of Terminus is in Salvor’s blood. Her father, Abbas, was warden-turned-mayor. I think that Salvor always has Terminus and the people of the Foundation on her mind. As demonstrated in Season 1, she’ll go to any lengths to protect these people so I don’t think that will stop just because she’s far away. I do think she would want to discover the fate of the world she once knew and loved. I think we all would. 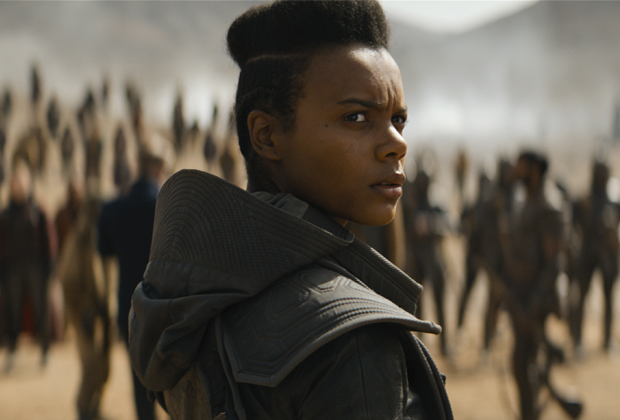 When showrunner David S. Goyer took on the monumental task of adapting Isaac Asimov's hugely influential Foundation series of science fiction novels for Apple TV+, he knew it would not be a straightforward matter. As I've written previously, the author himself admitted that he wrote strictly for the printed page, and he always refused invitations to adapt his work for film or TV.

But Asimov was more than happy to let others adapt his work to a new medium, and he was wise enough to expect that there would—and should—be significant departures from the print version. In doing so, Goyer had to strike a balance between respecting Asimov's sweeping visionary ideas without lapsing into slavish reverence and over-pontification. To my mind, he did it beautifully, producing more of a remix than a straight adaptation that is compelling and powerful in its own right.

Another challenge was figuring out how to incorporate science and technology that was reasonably accurate. An astrobiologist and planetary scientist at Jet Propulsion Lab, Kevin Hand had worked with Goyer years before on Krypton, and the two had stayed in touch. So when Goyer needed a scientist with expertise in space, interstellar travel, and planetary dynamics, among other topics, naturally he turned to Hand.

Ars sat down with Goyer and Hand to learn more about the journey to bring this classic work to television.
Click to expand... 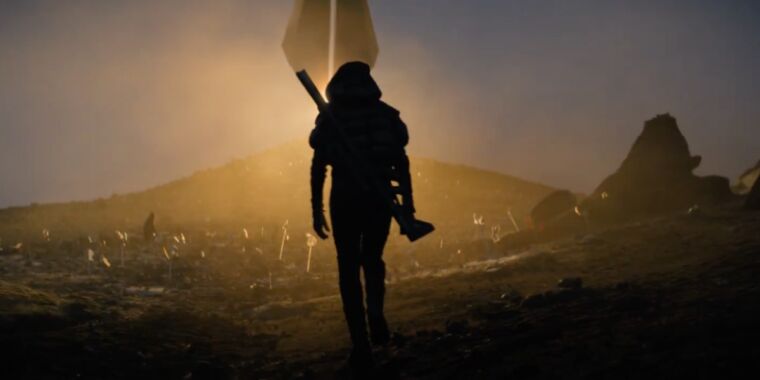 As great as the original Asimov books are, from a character standpoint, they're relatively weak. David and his team had to figure out how to maintain character consistency, as well as consistency of scenes associate with those characters.
Click to expand...

To quote Blade Runner, Demerzel is, in some ways, More human than human. The character must be one of the most difficult of Birn's career? "What better for an actor than an endless number of questions to play with," Birn laughs. "I don't remember seeing a character like Demerzel before. Android is a mother, partner, advisor, teacher and hospice nurse for the fairies. Every time a new clone baby is born, Demerzel knows he sees this death, too. Android has its programming that is forced to follow, but he has lived for millennia. Experiences and encounters force-leave traces on the machine, whatever changes in him, be it soul, spirit or something else.
Click to expand... 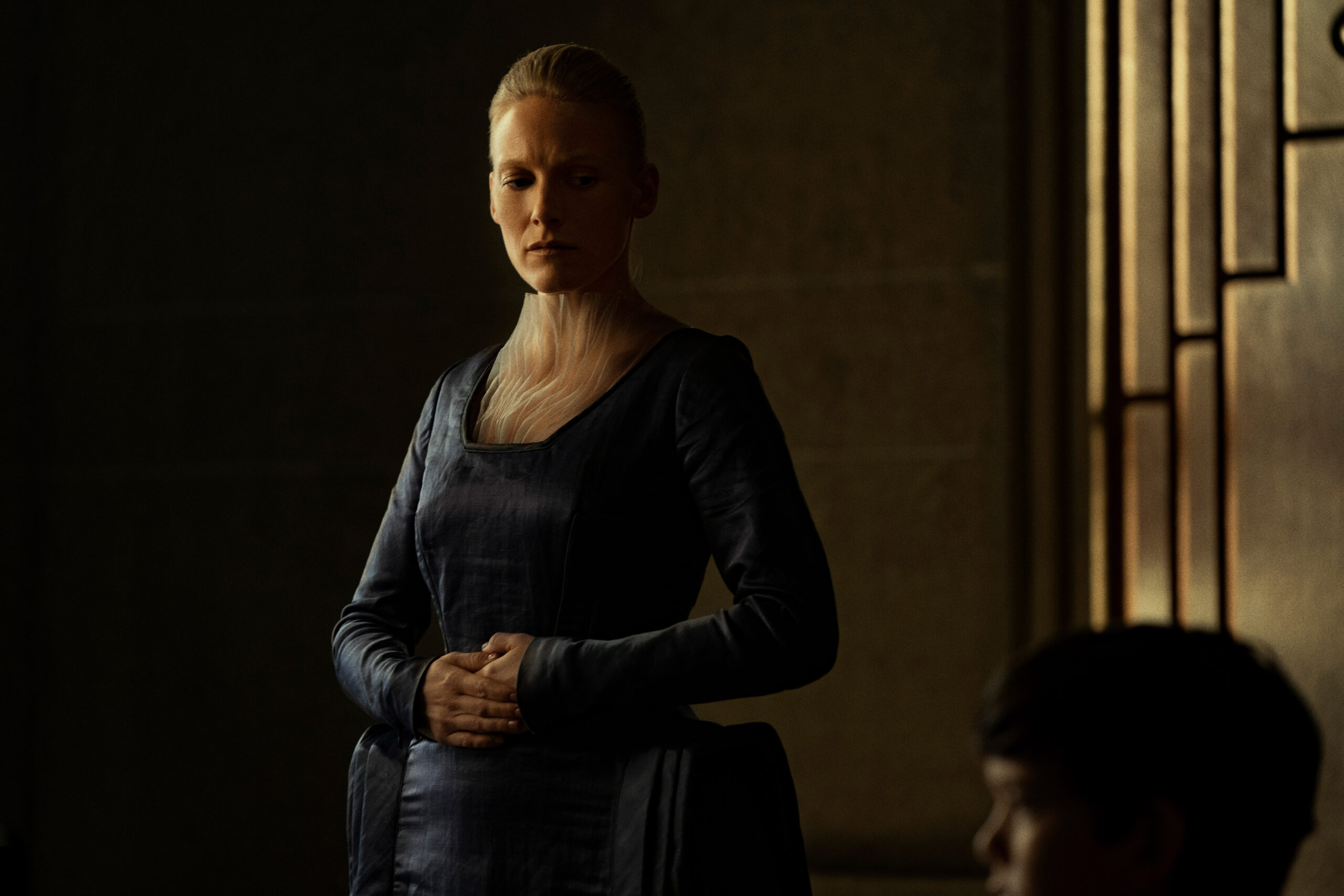 Birn doesn't naturally read what's written about her on online forums and social media platforms, and didn't know Demerzel was a fan favorite. Birn's character, and especially her acting work, is praised on the series' Reddit pages, for example. Despite the changes made to the character, Demerzel seems to be digging everyone. Both those who like the series and perhaps only those who watch it out of a sense of duty are convinced by the superfans of the books. For non-Finnish viewers, Birn seems to have stopped in the public eye almost out of nowhere. "Fun and wonderful to hear. I don't follow what's written about me, I want to protect myself from the unpredictability of the Internet."
Click to expand...

Most of the people don't hear Finnish slang in Demerzel's speech if you don't know how to look for it. Naturally, our monotonic pronunciation is probably a great starting point for developing a speech style for a robot? "Finnish is not the most melodic language in the world. I built Demerzel's own voice, but of course it's possible that my Finnishness can be heard from that background."
Click to expand...

Finally got around to watching episode 4. I'm still not that impressed overall. It seems we're spending too much time on the Emperor and not enough on Terminus. That and this series has developed a serious case of wokeness with the usual trappings and needless digs. Four episodes in and I still don't care about any of the characters. And now there's magic.

I'll probably finish out the series because I want to like it but I doubt I will in the end.
Deep Dark Space

Just give it time, they adapted the story for the modern audience. At the end it turns out to be a pretty good one.