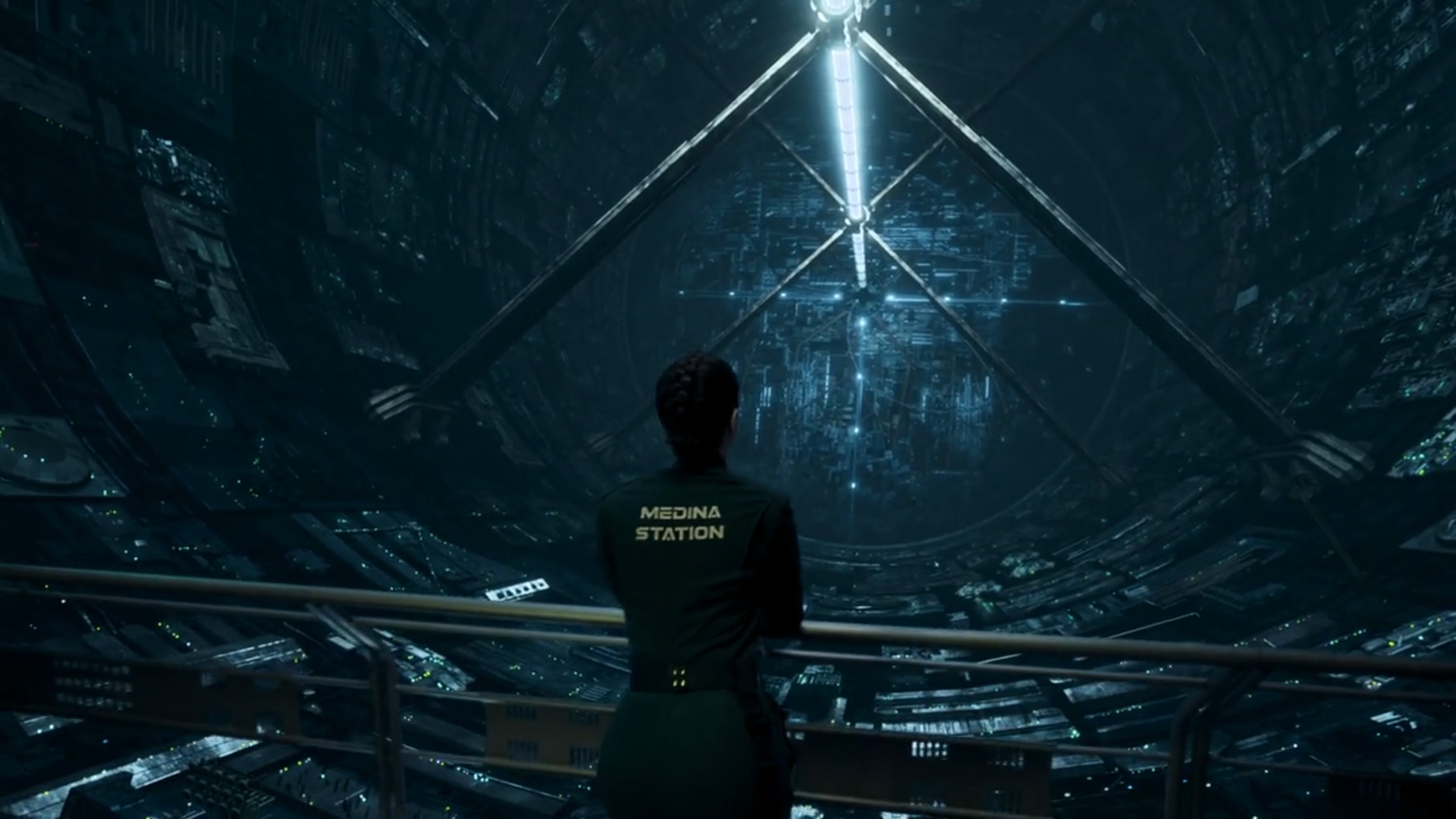 Avasarala faces fallout for the UN's military mission. Ashford and Drummer makes big decisions about their future within the OPA. A spreading illness on Ilus takes a toll on Amos. Alex and Naomi's attempt to rescue the Barb turns desperate.
Click to expand...

I quite cannot believe that wardrobe Avasarala has in her apartment. It's not just that but I've noticed that she has different jewellery for every attire. For the people living in the basic, her appearance is a bit to much. It might even remind them about the days when they were all peasants and had no rights. Not that it has got any better with the laws, because I'm sure we all have days, even months when we wish things being different.

You certainly get that from Drummer leaving Fred Johnson in pain at her office. Well, former office. It surprised me more that it was Ashford who went begging her back, than that Fred Johnson turned out to be Avasarala's Belter contact. Who would trust a boss that doesn't back their own people?

Frankly women are better are doing deals than us men. We have tried our best to be the leader for thousands of years, and honestly it has got us nowhere. Like it is in home, it should be the same in work and politics. Holden certainly gets it, even though he has no choice but lead on when he mostly want to bash things and scream his lungs out in a frustration.

Just think about it. Caring for 30+ people isn't easy. Especially not when some of them are trainer killers or psycopaths waiting for the trigger. You feel so low. Yet the people are grateful, and they are so depended on everything you do. When you have to do that, and dodge neurotoxin green slugs, you know you have reached the bottom.

The only way is up ... or then it's all doomed. You just don't want it to be the latter, because you are responsible for so many lives. But the thing is, in Holden's shoes, I would have led Murtry into the sludge pool to have a wash. I would call it a preventative measure before he does something awful. It would give so much hope for the colonists. 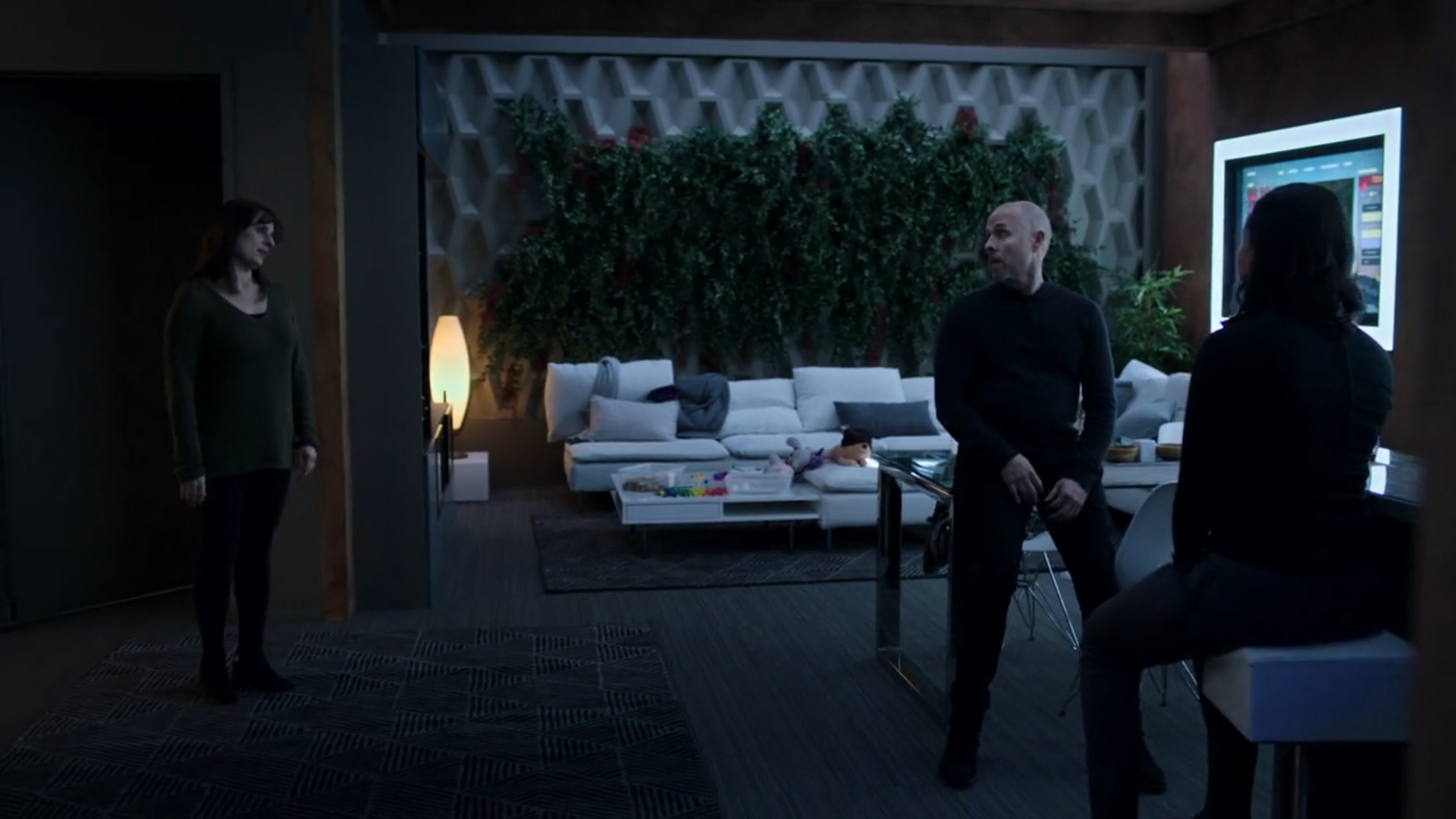 I have started to think that maybe Bobby is a double agent. Maybe she is still working for the Mars military, but she's under a deep cover role, and she's feeling a classical sympathy towards her marks. They are people who are trying to get by in bad place, hopefully waiting for that saving grace in the future.

You look at her being immediately against the big score, and trying to dive back into small jobs, while the others are lured by the greed. It's as if she doesn't really have to care about her future, because it's secured and the Martian Detective is a small fish. He could have hardly come up the scheme to sell stuff for the Belter Pirates.

I get that it's top dollar, but still if you cannot get rich from those small packages, you shouldn't do it at all.

Maybe the struggle is part of everyday life. I'm certainly am glad to see that those in the leadership positions are cocking up as much as those who are on the field, like the colonists. The amazing thing between Earth and Mars is their people, especially the youth who has a future ahead of them unlike their Earthly cousins.

It is kind of strange that so much of the solar system is still uncolonised, undeveloped even though there is major movement in space. I guess we cannot do nothing about the breeding. In the terms of long terms prospects and colonising 1300 systems, maybe it's a good thing that we can produce a staggering number of babies. That number of places could easily push the population numbers of a few trillion people.

That cable is not handmade, and it has never has seen a mining net or any of the other things they said they would weave into the cable. Seeing it in action gave me a complete faith that Alex was able to pull Barb on high orbit. What I don't get is why he didn't pull Barb all the way to the highest orbit achievable instead of giving it a little tug?

ctg said:
What I don't get is why he didn't pull Barb all the way to the highest orbit achievable instead of giving it a little tug?
Click to expand...

I guess the thrusters weren't powerful enough for that. the Barb carried a lot of mass with all that ore on board.

Elckerlyc said:
I guess the thrusters weren't powerful enough for that. the Barb carried a lot of mass with all that ore on board.
Click to expand...

They are literally in microgravity. How much mass is too much for the RCS thrusters?

This episode might have been called "Everything is Coming Up Roses."
The blind can now see, the deadly slugs have somehow been conquered, the tsunami seas are receding, and the Belters' ore ship has been saved. Holden can finally take a break from shouldering the blame for the long string of things that have gone terribly wrong on Ilus.
I'm finding the internal conflicts of the Belters more interesting than the politics of Earth. As far as I'm concerned, Earth became inconsequential the moment that the ring was activated -- maybe a nostalgic place to visit for exoplanet tourists of the future.

ctg said:
I have started to think that maybe Bobby is a double agent.
Click to expand...

Never thought of that, but it make sense. Could be a quick redeeming twist for Bobbie.