Avasarala is blindsided while on a visit to Mars. The Roci crew continue their protomolecule investigation while tensions between the RCE and Belters reach a tipping point. Drummer and Ashford track down a terrorist.
Click to expand...

So I was right. We think the triblades (still no better name for it) as machines, while the truth is they have organic compounds mixing in with pure technology. My hypothesis is that the Creators installed the tooth shaped building in the planet to protect something. It was a defensive measure or an earlier technology that the Creators had created to fight something.

In the technology level it is intriguing to think that they were superior compared to us, and yet, we know nothing. In some cases, we are only beginning to realise how much there is to explore and investigate. How much we have to invest on inventions and into the sciences to even remotely be able to reach Creators technological capabilities.

I think Avasarala is right by ordering an investigation into the matter, before allowing everyone to move out into the colonies. Who really knows what's waiting behind those rings, and why they were chosen. In our perspective, the Old Terra was chosen because of the life. They wanted to create a colony or bring the humanity into the big family of other places, but it all got delayed.

What happened in the other places, didn't happen here, as the protomolocule was locked in the Saturn system. And it took us considerable time to reach the stage where humanity could expand enough to be able to reach Saturn and colonise its moons. Maybe because that delay, the Creators got wiped out by their technology or by the enemy... whatever that might be.

According to the scan UN scientist did on the alien structure, it put back in 1.5 billion Earth years. For that age, the structures are doing fantastic, as they are showing no sings on erosion. But they would also explain why there are no easy Lithium deposits as that technology would have gathered it all to keep it alive throughout all this time. It could also mean that the whole planet is full of caves.

It is also interesting that one root can stop the machine. It was like one bit preventing the system from working. The electric storm at the end suggests that it's generating electric storm to charge the batteries. 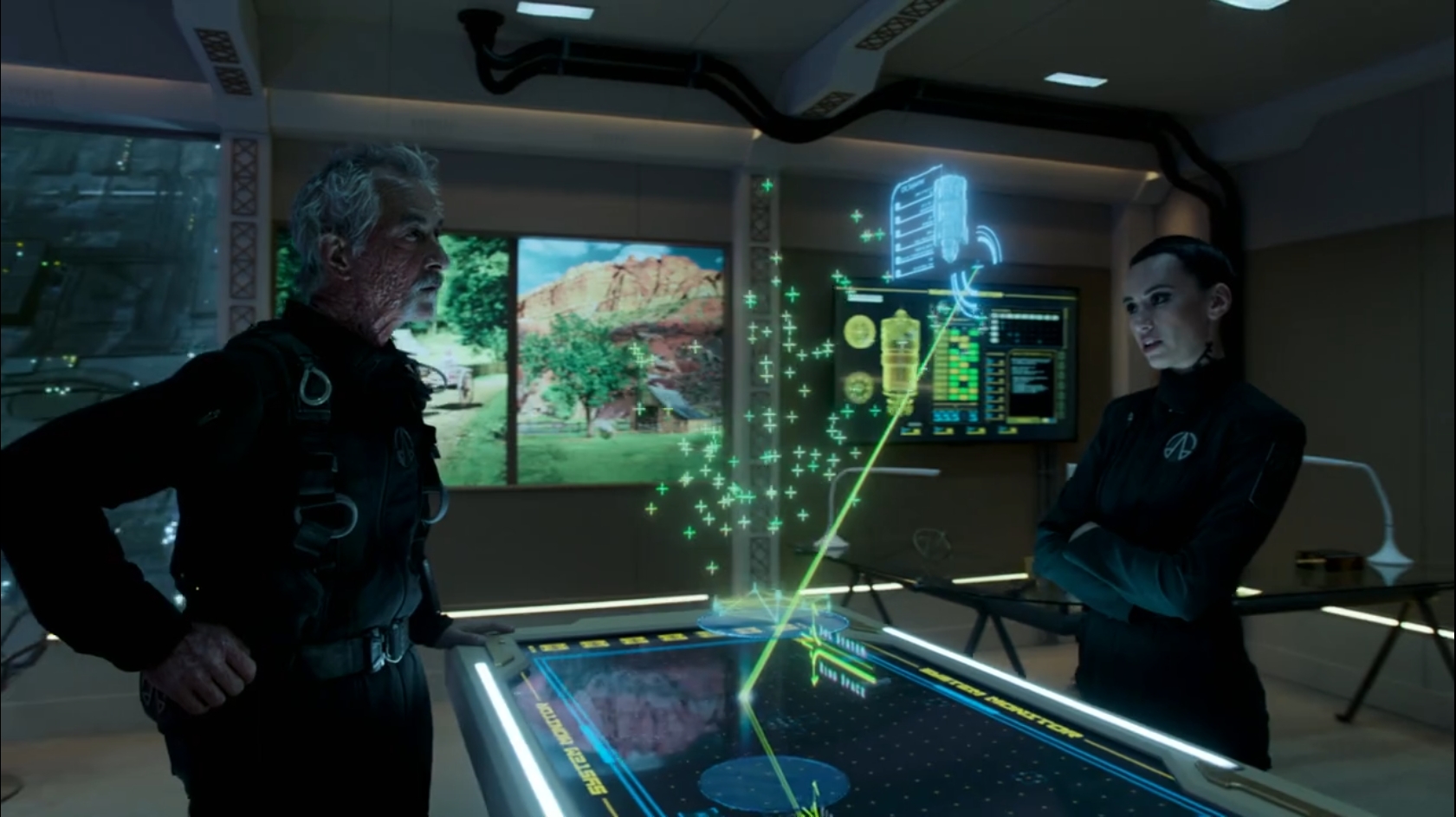 Oh Pirates. You can be wiser on your job. I think Drummer is right. They are no real pirates for booting the colonist in space. Besides she has no other choice but to report their findings back to system, or there's going to be another war. But in the same time it creates a political crises, because UN ships aren't protecting anything other they are blockading the Ring.

What the Belter Pirates should realise is that eventually if the blockage continues, someone is going to start building a base there and then, there is only a small jump before the whole colony system is built around the Ring. It is interesting that they are all rushing into to colonise all these other places, and they are not following the plan. There is no stages. No bases. No infrastructure to support whole colony movement.

They only have one scout, Rosinante. 1300 systems is huge task. So, if they are smart, the Pirates get into the base building business and they'll create a whole network of places where they can commit raids.

ctg said:
I think Avasarala is right by ordering an investigation into the matter, before allowing everyone to move out into the colonies.
Click to expand...

I think that's just the control freak in her. Sounds like Humanity is stagnating. Then, along comes the Final Frontier on a platter, and Avasarala wants everyone to simply cool their jets for years. If people are crazy or bored enough to take risks in the face of the unknown, that is their right. Let the new goldrush happen.

ctg said:
They only have one scout, Rosinante. 1300 systems is huge task.
Click to expand...

Even the Rosinate wasn't sent to explore -- only to discover and report what the renegade Belters were up to on New Terra. Didn't she also task Holden with razing the colony and bringing all those unauthorized settlers back? Like I said, CONTROL FREAK!

REBerg said:
Then, along comes the Final Frontier on a platter, and Avasarala wants everyone to simply cool their jets for years. If people are crazy or bored enough to take risks in the face of the unknown, that is their right. Let the new goldrush happen.
Click to expand...

Yeah. Exactly. They need to expand even if it is risky. There are people who want to go even if there is a risk. It's the one of the lifetime chance on getting rich and actually having a chance of owning something. It would also empty Earth and Mars from excess of people or at least from those who want to leave.

That we have known since season 1. There is no cure for it. She needs to hold the reins or nobody is going to have fun.

High brow story points aside it was great to see Bobbie kick some ass.

Anthoney said:
High brow story points aside it was great to see Bobbie kick some ass.
Click to expand...

Bobby does a lot of kicking in all the books save for book 4....