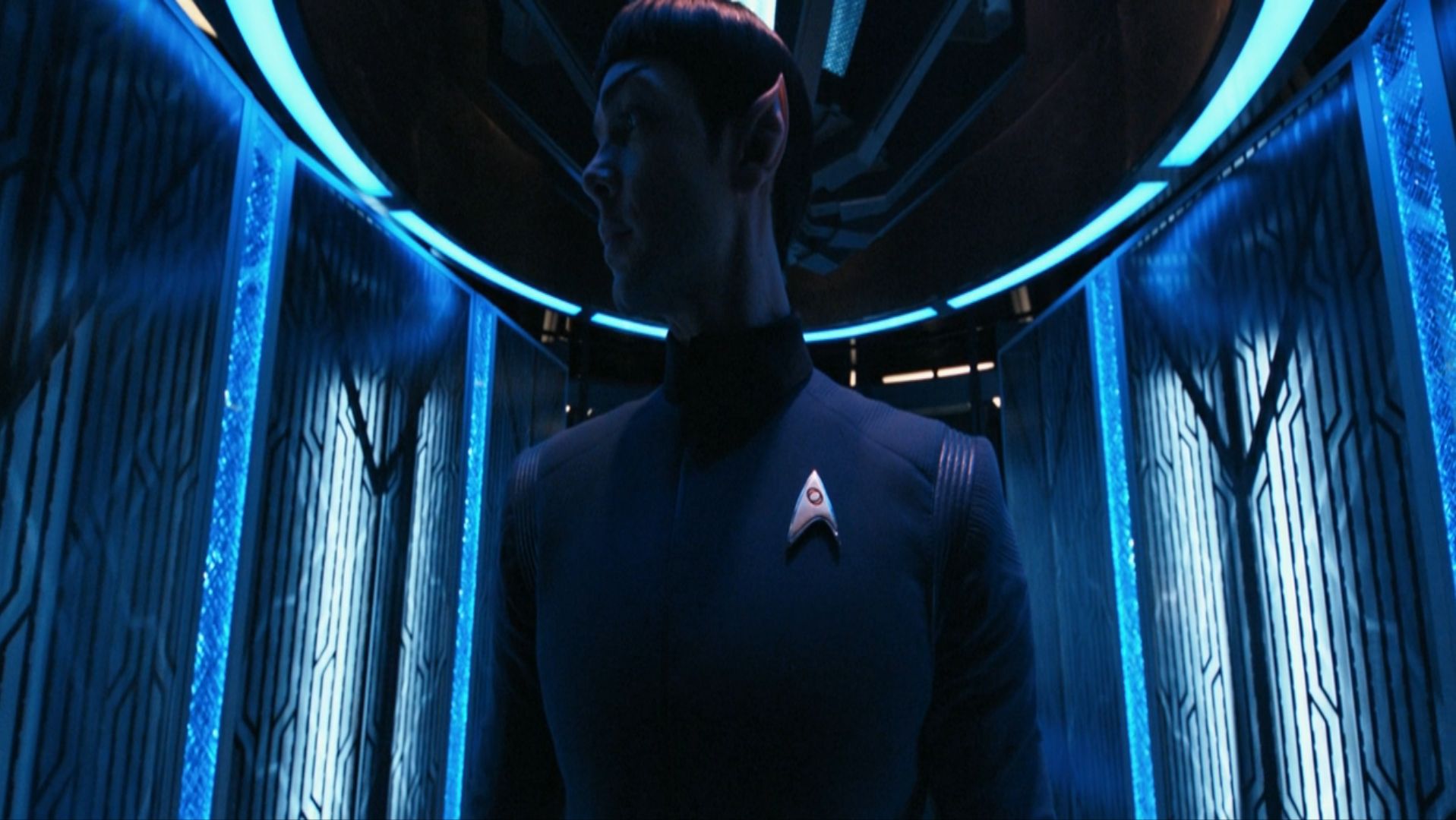 On his first day aboard the USS Enterprise, Ensign Spock and his new superior officer Number One get trapped in a turbolift.
Click to expand...

Yep, I'll be seeing it tonight. I like these short treks,

I did find Spocks entrance to the Enterprise somewhat amusing as he is so by the book type of person, when he appears in somewhat familiar and definitely updated settings to be only addressed by Number One. Only he makes a mistake by addressing a female office as Sir instead of using Ma'am.

It is interesting that for a Vulcan he's more interested in the military things than being a science officer. So much so that I thought for a second that he was wearing a wrong colour and instead of sporting with the blue, he should be wearing the red one.

Can you imagine a day when Spock wears red?

I cannot, so I was pleased Number One sifted from the photon torpedoes to the science topics. What I cannot understand is that when the turbolift came to a halt, there was no physical damage. From what we understand they are not called turbolifts for no reason as they travel with speed ... not with the slowness of the old times. You step in, express your wishes and in seconds you should be in your destination. Except ... there's some weird physics involved in the Trek Universe.

Why is that Spock didn't proceed to fix the lift instead of getting announce to the Number One. Funniest thing is that he proceed to grab Number One from the waist instead of kneeling down or using the trusty old clamped hands method.

I hated that Number One questioned Spocks morality on "slinging the tricorder" for rest of his left. But I absolutely loved her apologise by singing one of the most difficult songs from the Mary Poppins.

Please someone explain to me why there is lights always on in the turbolift shaft?

You can find it from the youtube and elsewhere.