My new adventure in cyberspace!

If you actually visited Stainy at the time you would probably find it a sad reflection of its great and industrious past in some ways.
The Hatfield Main Pit Club and the Old Club are still there (my memory is cheating as I could have sworn10 years ago that there was a 3rd right next to the Olds Club but can find no trace of it so it must have been part of the Olds Club estate, yet I seem to recall a road between the 2 in my mind it was possibly called the Con Club, which are usually AFAIK the nickname for a Conservative party clubs and istr. As thinking it unusual for such a Labour & Miners stronghold as Stainforth.

I am unsure as to the villages size in its hey day but 10 years ago it was a pretty large "village" containing between 5 & 8 takeaways of various types, up to a dozen and more other shops and businesses Inc 6+ convenience stores such as Macolls, Coop and indie owned a post office, a bank, butchers, and 2 "greengrocers" who also specialised in food esp tins that had past best before but not. Use by dates from the supermarkets, heavily discounted washing powder and pet. Supplies and so on.

And built when I moved there in 2007,a Nettos and And a preexisting somerfields supermarkets. Not to mention a railway station and canal barge/boat Marina.
And whilst I am unsure if it existed before Maggie War against the Pits & the Miners Strike, a Police Station, and an offshoot of Doncaster College.

I remember says being baffled that the Pit was called the Hatfield Main as it primarily seemed to be sited within Stainforth Borders, Hatfield village itself being across the railway tracks in the south east. One of the Chuckle Brothers owned the large Mansion in Hatfield - no kidding!!

Sadly many if not most of Stainys modern problems such as being South Yorkshire Police's No 1 Crime Spot (yes a village holds or when I was there held that privileged position whilst situated in a County that held a major former industrial City, Sheffield!! Are not due to the Massacre of the Mining Industry and the economic fallout and devastation that caused but because Doncaster Metropolitan Council had a bunch of clowns running it for time immemorial.
Their grand idea was to take this suffering village and use it as a dumping ground for its tenants judged to be problematic or drug addicted, chaotic or simply mentally unwell.
Whilst I was there the local Vicar was stabbed almost fatally though he thankfully made it through, on his vicarage doorstep by a young mugger. Obviously Vicars in devestated pit villages are known for being flush with cash.....

The village has excellent transport arrangements from a train going south through all the burbs and economic centres of Doncaster MBC right through to Rotherham and Sheffield and north/East to other towns through to Goole and beyond plus buses in both directions and elsewhere every 20 minutes. I worked in Thorne, Mexborough and Rotherham whilst living there and attended interviews and if successful could have worked in Sheffield. It's the people they airlifted in who really destroyed the place..

Mind the closure of the mine did cause ever lasting damage and police actions in the village during the strike esp by Greater Manchester Police caused ever lasting mistrust and bitterness and a not unexpected utter lack of respect for authority. I would see besuited respected local businessmen and proprietors spitting on the street behind passing Constables.

It still has some lovely scenery though, esp the canalside walks and fields. And when I left they were reopening the Pits land I think to become some sort of high tech modern type of power station.

I also saw the biggest and scary civil disturbance I have ever seen which kicked off during the villages annual summer fun day for the kids of all places. The village was home to several large families of carnival and travellers who stored rides and equipment in various locations around the village.

Effectively a local "Chav" lad in front of many horrified and outraged witnesses punched and knocked out a teenage girl who was a member of a carnival family, and who were donating the profits of their roes at the fun day for local charities.

Thw resulting battle was something like Bannockburn or Mynydd Hygdden.
I counted at least 40+ police cars, horse mounted constables, motorbikes and officer transports, territorial Support Units in full riot gear, dog units, air support, and dozens and dozens and dozens of officers. And it still took several hours to pacify the village and its warring factions!!

I have become a big fan of online fast food procurement.

The Old Way: Drive to the establishment, get in line (which would only be short only if I came at an odd, in-between-meals time), make my selections (trying to be efficient enough to avoid being killed by the person behind me), place my order, pay, wait, wait some more, and eventually take my prize home.

The New Way: Connect to the restaurant web site, leisurely make my selections, schedule a convenient pick-up time, drive to the restaurant, bypass those standing in line to order, pick up my meal and head home.

No deliveries for me. That would only tie me to my living room, anxiously waiting for the doorbell to ring and drive my dogs insane.

Online ordering often comes with The Coupon Bonus. Last weekend, I was ordering a take-and-bake pizza from a local chain. The bill came to a bit under $21, but a quick web check produced a half-off offer for online orders only. Copy, paste and boom! My pizza cost $10.81.

On the topic of toppings, the take-and-bake option opens the way to virtually any type of pizza I want. I can get the basic crust, sauce and cheese foundation, then add whatever I want to the pie before I pop it into the oven.

My favorites are jalapeños and anchovies. Yum!

I don’t trust online ordering. Way too many are getting hacked.

My “old fashioned” method is simply to use my smart phone as a phone and call them. Then, it’s ready by the time I get my shoes on and drive there.

Do food places in the UK not take phone orders?

KiraAnn said:
Do food places in the UK not take phone orders?
Click to expand...

Yeah they do. That's why I started this thread, after decades of phone ordering I finally took the next step and did online ordering.
Now you've got me apprehensive about it!

Anthoney said:
To much sweet stuff. I think someone is getting pizza confused with a doughnut.
Click to expand...

Nah. That's what the face meltingly spicy chicken is for. It balances out the sweet quite well.

Talking of alien pizzas, a place near us does square pizzas.

Vladd67 said:
Talking of alien pizzas, a place near us does square pizzas.
Click to expand...

--- Now the puzzle --- How did I get two quotes from the same post and a funny one at that "square pi" when all I see is the second quote?
V

A friend of mine bought a bitcoin, back when they were worth just a few dollars. Then used it to order three pizzas online just to see if it could be done.
Those might have been the most expensive pizzas ever.

I'm considering ordering groceries with Amazon Prime. Just to see how it all works.

Anthoney said:
I'm considering ordering groceries with Amazon Prime. Just to see how it all works.
Click to expand...

I can see how that might be convenient for pre-packaged items, but how would pickers do with "judgment" items like fresh produce and meat? I look forward to an account of your experience.

REBerg said:
but how would pickers do with "judgment" items like fresh produce and meat?
Click to expand...

That's what I want to test. They only deliver from Whole Food. Their slogan should be "Good food for twice as much." I'm hoping the quality will be good. I don't think I'd do it all the time but only in a pinch.

Anthoney said:
That's what I want to test. They only deliver from Whole Food. Their slogan should be "Good food for twice as much." I'm hoping the quality will be good. I don't think I'd do it all the time but only in a pinch.
Click to expand...

It was my understanding that Amazon had brought the prices down a bit. They wanted to be more competitive for the normal food dollar and not just the "designer" market.

Vareor said:
A friend of mine bought a bitcoin, back when they were worth just a few dollars. Then used it to order three pizzas online just to see if it could be done.
Those might have been the most expensive pizzas ever.
Click to expand... 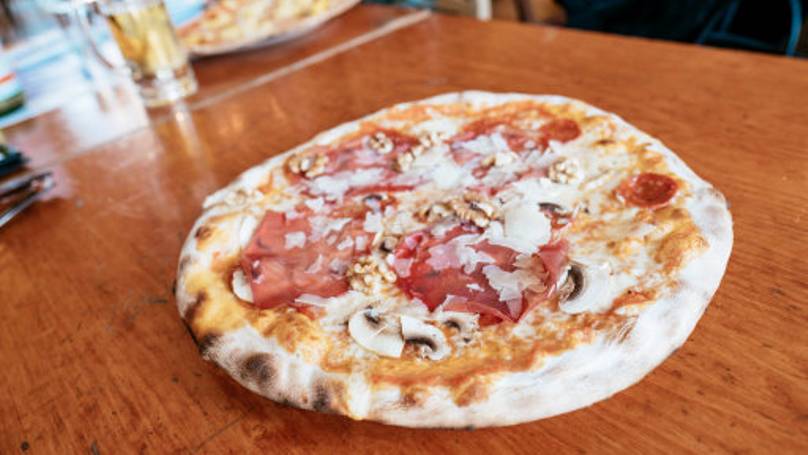 I remember when Amazon first started delivering groceries in the UK a journalist did a large shop to see how the system worked. Apparently every item came in an individual box.
V

$20,650,000 for two pizzas? Damn ... I suppose it's not always a good idea to go with the trend.
Although, to their credit, there was hardly any way to know bitcoin would blow up the way it did. To some degree, it's similar to walking over a buried treasure without knowing about it.

I have more than a little trouble with Bitcoin because of the way it's prized by the criminal element. It sounds like high tech money laundering.

Parson said:
it's prized by the criminal element.
Click to expand...

Parson said:
I have more than a little trouble with Bitcoin because of the way it's prized by the criminal element. It sounds like high tech money laundering.
Click to expand...

I concur. But do you agree its purpose was good and justifiable? I think we're just that good at exploiting things in the worst ways and for the most wrong of reasons.

Vareor said:
I concur. But do you agree its purpose was good and justifiable? I think we're just that good at exploiting things in the worst ways and for the most wrong of reasons.
Click to expand...