(Found) Book Search : First contact goes wrong and a guy (monk) gets his hands mutilated and is enslaved

I have not read this book, only heard of it. It is apparently fairly well known as I have heard it discussed on numerous forums and sites like I09 and tv tropes.
Apologies for not having details.

It was an english language novel as best I could tell. And I believe it had a sequel. I also seem to remember the title being something like Songbird or songwriter. Something poetic and having to do with birds or songs or something like that. Again I apologize for being vague.

I have no Idea when it was published but my gut says post 2000.


So the basic plot as much as I was aware of it was essentially a first contact gone wrong situation. Something goes wrong and all the human delegation are all killed save one who is, IIRC a franciscan monk. He ends up being captured by an alien prince who uses him like a court jester. The aliens consider it incredibly honourable to have someone depend on you so the aliens surgically alter the guy's hands, removing the metacarpal tissue on his hands so that he has these long fingers that start right at the wrist. That detail is the one that I am 100% sure of. He may also have been further abused, I'm not sure. I think much of the plot was him trying to reconcile his faith in god while going through this ordeal, and the sequel was about rescuing him. I seem to recall the cover being an artistc depiction of a night sky/sunset overlooking a hill, with a bunch of colourful bordering.

I recognize what a longshot this is. I can only hope someone hits on one of the more bizarre elements. As i said before, the thing with the aliens messing up his hands is the thing that stuck with me the most. If the book you are thinking of has that, anything else is secondary.

This is The Sparrow by Mary Doria Russell, it did indeed have a sequel, Children of God.

From Wikipedia:-
Eventually found by Suupari, Sandoz's (the priest's) hands are disfigured and rendered useless in a Jana'ata practice meant to convey the honor and privilege of being dependent on another. 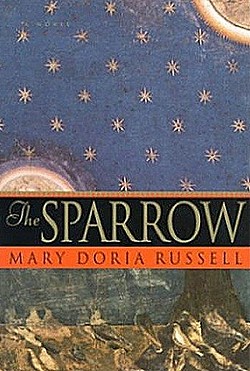 dannymcg said:
This is The Sparrow by Mary Doria Russell, it did indeed have a sequel, Children of God.
Click to expand...

You have no bloody idea how long this has been vexing me. Thank you.

calvinien said:
You have no bloody idea how long this has been vexing me. Thank you.
Click to expand...

dannymcg said:
This is The Sparrow by Mary Doria Russell, it did indeed have a sequel, Children of God.
Click to expand...

Five minutes though, from question to answer. This must be a record
M. Robert Gibson
Well hello there. Welcome to my mind.
​